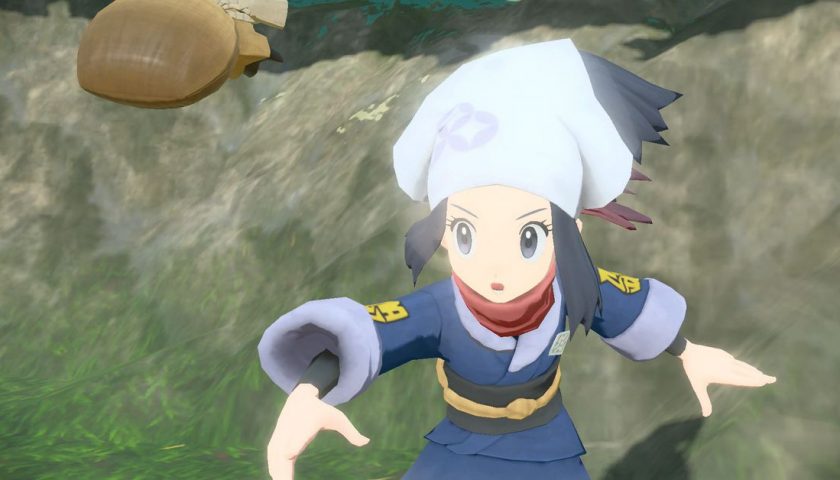 The Pokémon Company has a tendency for wrapping its cute creatures up in darkness — see Basculegion — but the new Pokémon Legends: Arceus trailer drops the cute and is just straight horror. Who’s that Pokémon? The researcher asking that question is now dead. Yikes! The Pokémon Company is asking eager Arceus players to “examine this footage” for clues about the upcoming game, as written in the YouTube description.

A researcher has made a rare discovery in the Canalave Library: some mysterious footage that appears to document the landscape of the Hisui region …

Please examine this footage and report back with your findings — they may prove useful during your adventures in Pokémon Legends: Arceus.

There’s not a ton to go off in the clip, which is literally two minutes of extremely grainy footage. The videographer comes across some blurry Pokémon in the clip, one of which is a Snorunt; the explorer seemed to be surprised to see the Pokémon in a cold area, however, which could point to the Pokémon’s origins elsewhere. The clip then cuts to the explorer vowing to climb a mountain. (Spoilers: He does.)

That’s when he spots a Pokémon that he describes as adorable — something that could be mistaken as either a Hisuian Growlithe or a Vulpix, with a red tip to its tail. (The description does not appear to match the new Pokémon that we know are coming to Pokémon Legends: Arceus next year.) Anyway, then it, presumably, attacks him, and that’s the last we’ve heard of him.

I don’t know about you, but I can’t wait to visit the Hisui region.