Note that if you click on one of these links to buy the product, IGN may get a share of the sale. For more, read our Terms of Use.

If you’re a gamer you probably use a gaming headset. Although they can provide excellent comfort, sound, and a microphone, the one drawback to gaming headsets is their portability, or lack thereof. With bulky housings and a protruding mic, you’ll look pretty odd wearing these outside the house. Enter Mad Catz’s solution, the E.S. Pro+ (See them on Newegg), a pair of “true” gaming earbuds. With its angled tips, earhooks, durable housings, and a built-mic alongside a detachable, omnidirectional one, Mad Catz claims its new earbuds “pack the performance of full-size headsets for PC into a small form.” But can a pair of earbuds really replace your gaming headset? 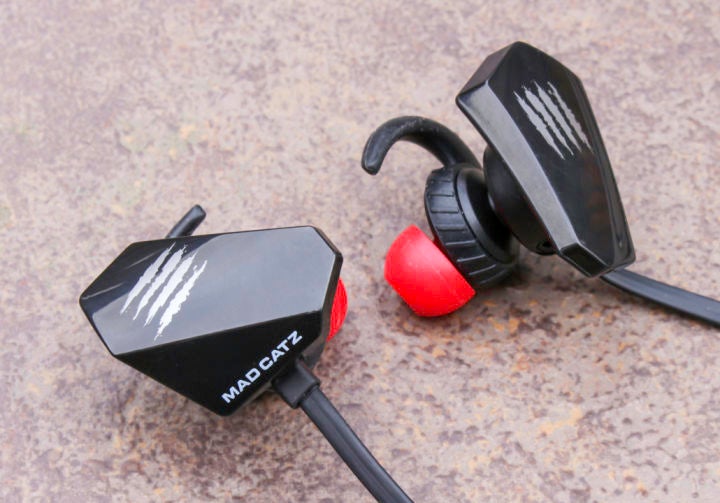 I was intrigued by the idea of earbuds with an attachable mic, so the first thing I did was hop on a Discord call with some friends and got to gaming. According to participants, the boom mic sounded clear, but it peaked very easily. The in-line mic was decent but didn’t sound as clear as the boom mic. So, if you’re gaming at home, stick with the boom. According to several Amazon reviews of the predecessor PRO 1 model, the mic could pick up system sounds, such as music you might be playing quietly in the background during a Discord call. I tried to replicate this on the Pro+ in games and music using both mics, but the only melody my teammates claimed to hear was my mellifluous voice. 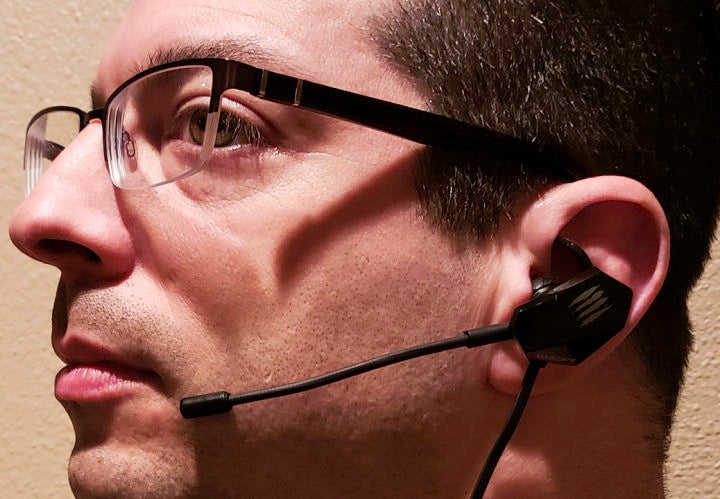 The earhooks were a bit uncomfortable at first, but once I had them tucked in properly, I hardly noticed they were there. Surprisingly, they did an effective job of keeping the earbuds firmly in place. Now, I may have unusually shaped ears, because most earbuds refuse to stay in them, but these little hooks were just the solution I needed. I left them in place for two hours across PC time, dog walking, driving, and more. I found that the set remained comfortable and securely positioned. Honestly, I was unexpectedly impressed.