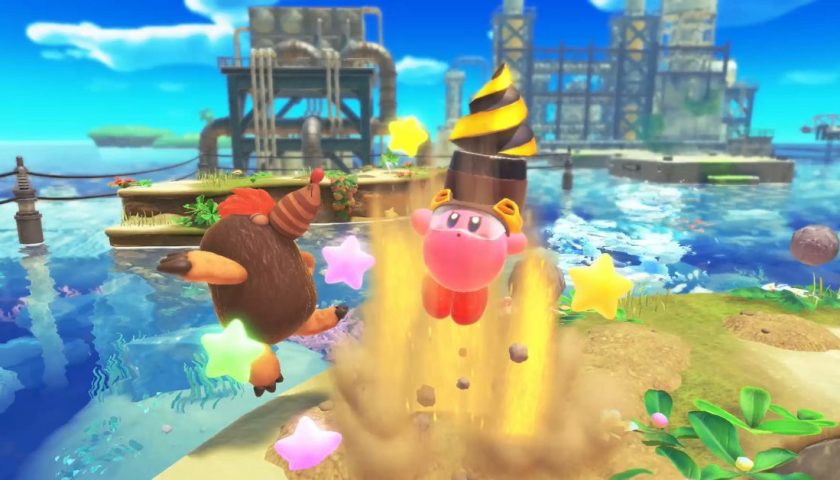 Kirby’s mission in Forgotten Land is to rescue a bunch of Waddle Dees who have been kidnapped by a menace known as the Beast Pack. Kirby will have a helpful ally on his journey, Elfilin, a pastel pal on par with Link’s Navi or Mario’s Cappy from other Nintendo games. Kirby can also tap in a second player, who can control Bandana Waddle Dee for two-player co-op.

All of that is shown in Kirby and the Forgotten Land’s new trailer, which also highlights Kirby’s new copy abilities. Kirby can drill his foes with a bit of new headgear or pop ’em with a pop gun from afar using the new Ranger ability. The trailer also shows off new minigames playable in Forgotten Land’s evolving hub area, Waddle Dee Town, like fishing and serving up snacks in the local cafe. Naturally, Meta Knight makes an appearance too.