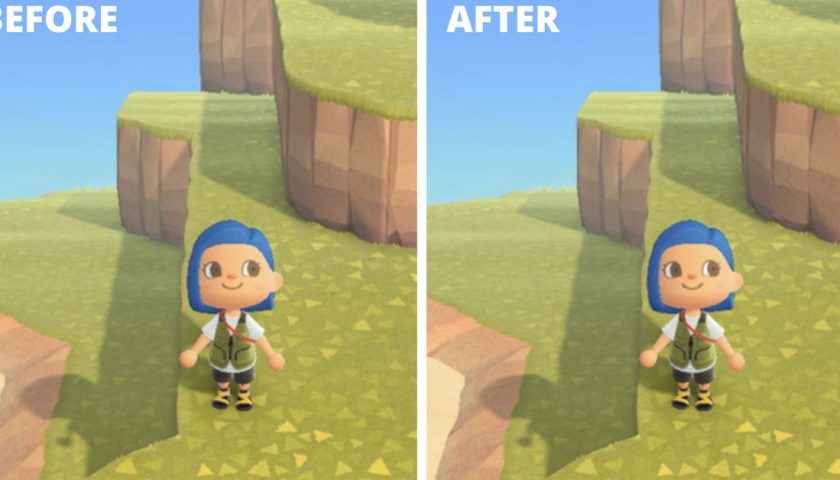 The Animal Crossing: New Horizons 2.0 update is nearly upon us. Lots of us are diligently prepping out islands — from those who have been away and have run down areas to fix, to designers who have filled their islands to the brim and need to make way for farming.

But some of us (me) have other plans.

My island is a reverse mullet. A party in the front, and straight-laced in the back. To be clear, by “straight-laced” I mean empty. This is because I started playing on the day it launched, and then simply stopped, four months later. And if you think I’ll be prepping before the update, well, you’d be wrong. My genius plan is to do literally nothing, and then to do whatever I want.

At one point, I had grand plans for my island, which I humbly named “Island.” I had been island hopping — I would say to visit “friends,” but that would be a lie. I was doing it because I found people on Reddit with good turnip prices.

For some reason I wanted my island to shine for these strangers. I had started a garden center where I made rows of flowers, and also their hybrids, with the intention of giving them to visitors. I pored over hours of Island Tours, trying to find the right alchemy for the front entrance of Island — which currently has a nice mix of gate and bush types. I even made a neighborhood for my villagers. I wanted to be one of those cool people who put the furniture outside.

But then I got cold feet about putting the furniture outside. I was tired, and my excitement simply petered out. I started to terraform the back, with a plan to lay down a bridge. And then I just didn’t. And then I got too lazy to take the pole out to cross from one land mass to the other, so I stopped going there. And the laziness simply snowballed.

It started to feel like work, which is not how I wanted to play the game — to quote Ali Wong, “I don’t want to lean in. I want to lie down.” All great things take time. And I just didn’t feel like it. No extra Nook Miles or bells for me. My island map is just one giant cluster of homes near the bottom, and loads of blank space up top. Can I use this space to make a farm? Yes. Would I still let weeds overrun the farm? Also, yes.

So, to anyone whose island update plans are to have no plans. I’m with you.