Since the Switch came out, Nintendo has released a handful of special edition Switch consoles with themes and etchings based on major games. These collector’s editions tend to sell out quickly, after which they’re available only on secondary markets at marked-up prices. If you missed out on the Nintendo Switch Pikachu & Eevee Edition when it released in November, you now have a second chance to get one at list price. Nintendo has brought the special edition Switch console back to stores in limited supply.

But if you want it, you should grab it fast, because it’s unclear how many of the new consoles are available or how quickly they’ll sell out again. Here’s where you can get it at the time of this writing. 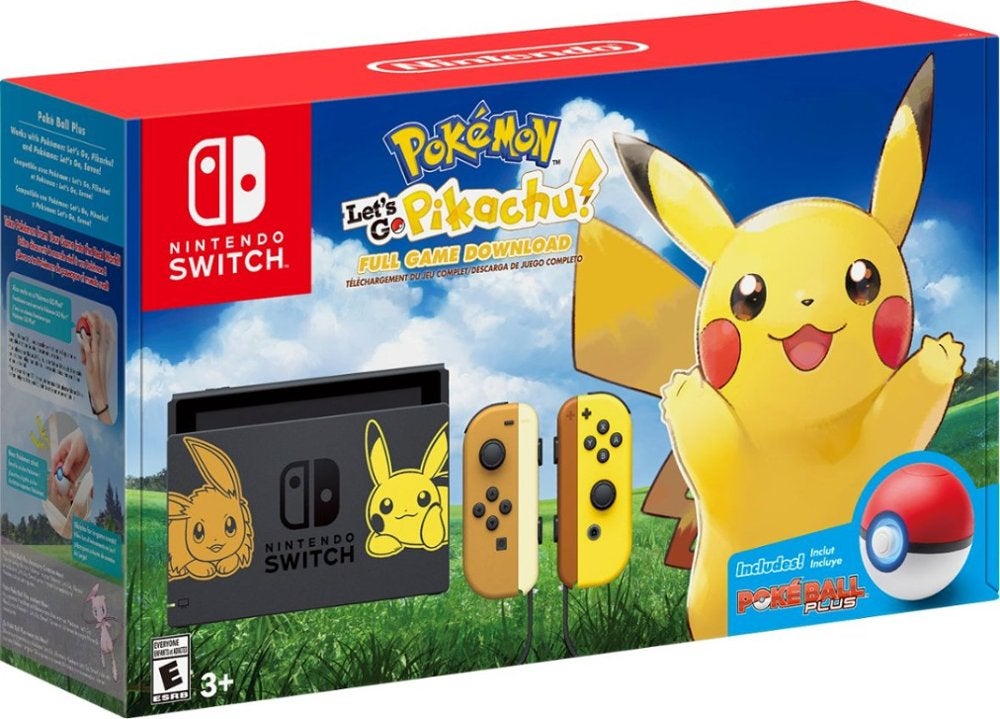 Unfortunately for Eevee fans, the only bundle available right now is the one that comes with a download code for Pokemon: Let’s Go Pikachu. But the actual special edition Switch console is the same regardless of which game is packed in with it.

The Switch itself has Pokemon silhouettes etched into the back of the screen section. One Joy-Con is Pikachu yellow, while the other is Eevee brown. The stand has images of both characters on it, and it even comes with a Pokeball Plus controller.

Who knows how long this Pokemon Let’s Go Pikachu Switch bundle will remain in stock, so if you want one for list price, buy it sooner rather than later.