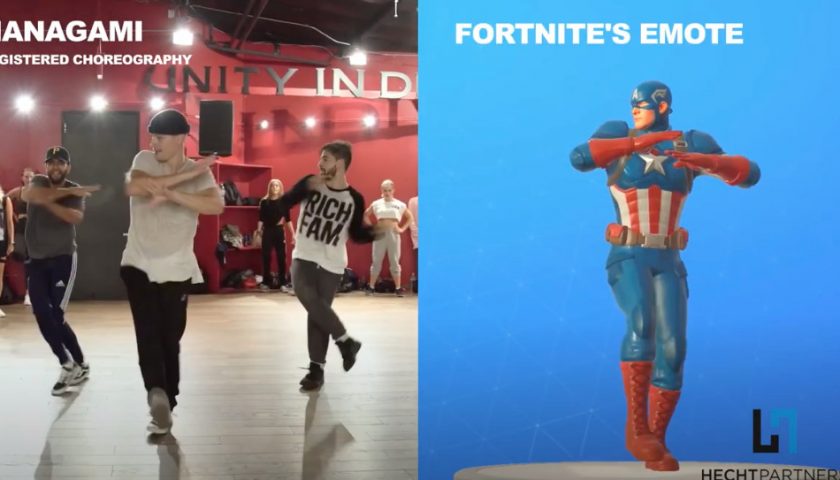 A YouTuber and choreographer is the latest content creator to sue Epic Games over Fortnite’s use of a dance move. This time, Kyle Hanagami says he has copyrighted the dance in question, which he says was copied by the “It’s Complicated” emote introduced in August 2020.

Hanagami in 2017 choreographed a dance to Charlie Puth’s “How Long,” publishing it in a video that has since drawn 35.7 million views. Hanagami’s complaint, filed Tuesday in federal court for the Central District of California, alleges that Epic stole the “hook” of his dance, and uses it at the beginning of the “It’s Complicated” emote without Hanagami’s consent.

The suit is hardly the first one brought against Epic for its use of dances in Fortnite, but it is the first one following a four-year period of relative quiet. After a rash of suits filed in 2018, a Supreme Court decision caused law firm Pierce Brainridge to withdraw several cases it represented. But a big difference between those cases and Hanagami’s complaint is that Hanagami actually has a copyright for the dance in question.

To illustrate the point, Hanagami’s lawyers created a side-by-side video showing the dance moves they say Fornite has copied. Not only do the moves appear to be identical, Fortnite’s unofficial wiki on Fandom.com says the dance is based in part on Hanagami’s choreography. That said, the emote continues with dance moves that are not similar to or developed by Hanagami. Nor does the emote include the song that Hanagami choreographed the dance for originally.

Holding a copyright to dance moves is only part of the legal battle. Dance copyrights are notoriously complicated, leaving wide areas for creative expression that are still fair game. Legal and artistic concepts like creative use and addition to the choreography play important roles, too. Generally speaking, a dance work that violates a copyright must be found to copy most of the original work, rather than just a few moves or one section of it.