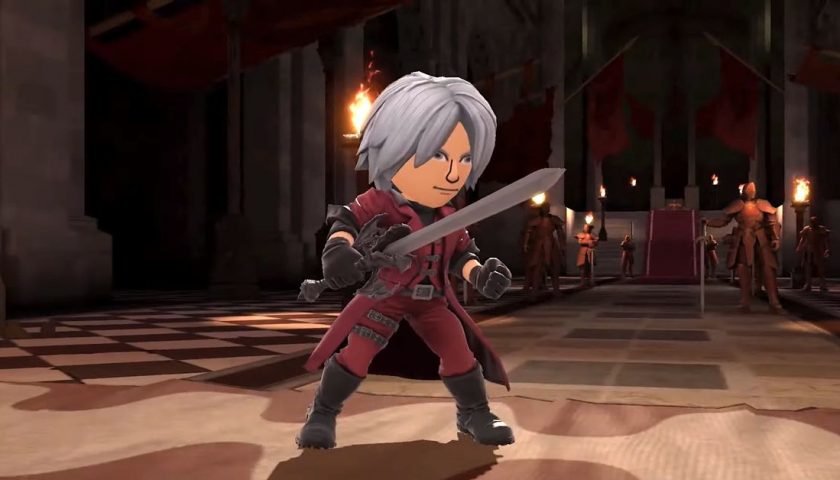 The next round of Mii Fighter costumes for Super Smash Bros. Ultimate will include some fan-favorites — but maybe not in the way that some Smash fans wanted to see them. Game director Masahiro Sakurai confirmed Monday during a livestream that Dante from Capcom’s Devil May Cry series and Dragonborn (aka Dovahkiin) from The Elders Scrolls 5: Skyrim will join the roster as costumes for the Mii Fighter in Ultimate.

Joining Dante and Dragonborn are Shantae from her self-titled series and Lloyd from Tales of Symphonia. Shantae is the only Brawler Mii Fighter costume; the rest are Swordfighter costumes.

All four will be available for purchase June 29, the same day that Kazuya Mishima from the Tekken series comes to Super Smash Bros. Ultimate as downloadable content. Each Mii Fighter costume costs $0.75.

The inclusion of Dante would appear to exclude the character’s appearance on the main Smash Bros. roster. Sakurai said that the next character coming to Ultimate as part of the Fighters Pass Vol. 2 will be the game’s last.