There’s no doubt that the upcoming Animal Crossing: New Horizons is charming, but it’s also surprisingly economical. That’s because up to eight players can create a character on a single Nintendo Switch console, and up to four can play together at the same time on one device. It’s great news for families and roommates, or anyone who would like to start out a close-knit island community together.

During Thursday’s Nintendo Direct presentation, the team at Nintendo adopted an odd, infomercial-style delivery. While a little unsettling at first, it was actually an excellent way to deliver the details on an experience with more than a few exceptions, caveats, and provisos. Most of them were cleared up during the FAQ segment at the end — including details on how the Nintendo Switch Online smartphone app comes into play. 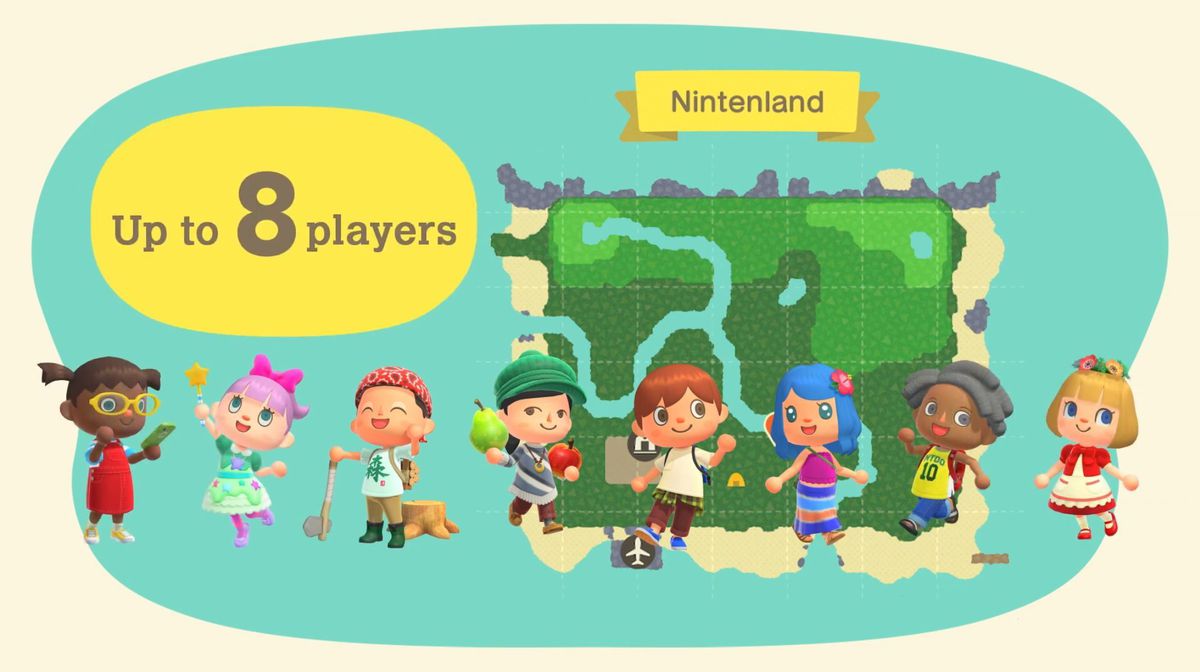 Toward the end, Nintendo explained that up to eight Nintendo Account holders can create a character, or “resident,” on a single Nintendo Switch console. Up to four of those residents can play together on the same console at the same time, provided they have enough Joy-Cons. A second Switch — and more Joy-Cons — are required for the other four residents to participate simultaneously, via a local wireless connection or online play.

It’s a welcome change from Animal Crossing: New Leaf on the Nintendo 3DS, which allowed up to four players but required additional handhelds. With New Horizons, all you’ll need is a few more Switch controllers, so it might be a good idea to start stockpiling them now.