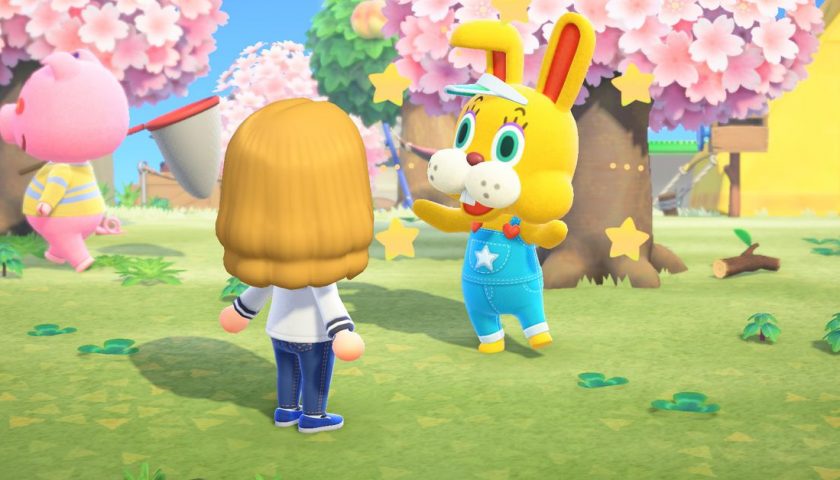 Fans have been worried about Zipper since his first appearance last April, but the passage of time means that most people forgot about just how alarming he is. Now, he’s back in full force, and everyone has concerns.

There’s something weirdly menacing about Zipper, despite the fact that he’s supposed to represent seasonal good cheer. Maybe it’s the vacant look in his eyes, or the fact that you can’t escape him. He’s even on mobile, waiting in Pocket Camp for unwary campers to ambush and harass about eggs. He’s everywhere.

Fans were able to torment and taunt Zipper during his first appearance with various tools and landscaping tricks, but now that the game’s been out a year, everyone’s had time to collect furniture and learn new skills. That means some players are submitting Zipper to some real Jigsaw-style tests or punishments on their island.

Some Animal Crossing fans have come to love Zipper. Maybe it’s the seasonal spirit he embodies, or his bright yellow fur, but he makes for quite a striking island accessory. If you theme your island for the Easter season, Zipper blends in quite nicely — in fact, you can create some downright adorable scenes with a little bit of work and creativity.

Animal Crossing fans can log into New Horizons or Pocket Camp to take part in the Bunny Day event now. Collecting eggs can earn tons of neat recipes for seasonal items, so if you like the pastel and eggy aesthetics of Bunny Day, now’s a good time to log in and work with Zipper to expand your collection. That is, as long as you’re not too concerned by the secrets hiding behind those big blue eyes.