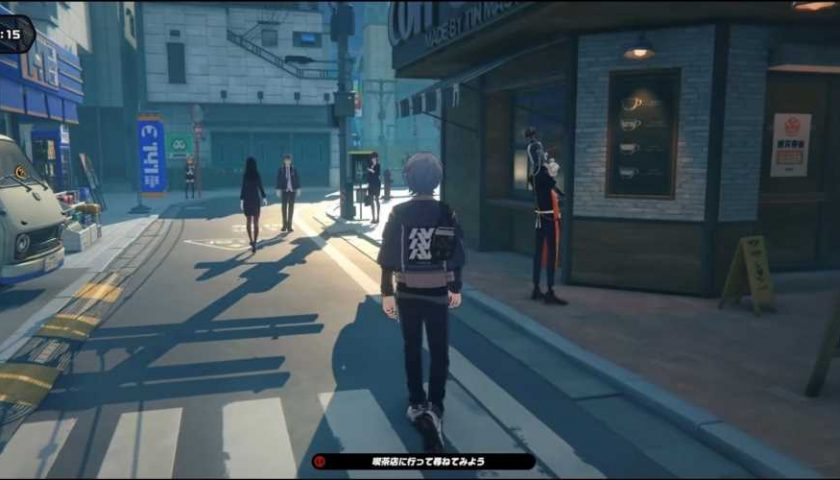 Genshin Impact developer miHoYo, also known as HoYoverse, has released a much fuller look at its new game Zenless Zone Zero. First shown at the recently finished Tokyo Game Show, the 18-minute video shows off cutscenes and more of the near-futuristic world that players will be exploring in the action RPG.

Unlike the more whimsical and lush landscapes of Genshin Impact, Zenless Zone Zero is set in urban environments that are still somewhat fantastical but more recognisably human and modern day. The video shows the Proxy siblings walking around the city of New Eridu in an opening cutscene before an extended look at the gameplay.

We see the player-protagonist chatting to citizens and police, wandering into a noodle shop, and some sweet, sweet combat action. It all takes place in the stylish and fluently animated world of Zenless Zone Zero and it's clear HoYoverse has spent a great deal of resources and time on developing this new mobile and PC title. All of which you can watch for yourself below. The video is in Japanese, but there is also a Korean version and a Mandarin Chinese version.

"Through the lens of the Proxy siblings, players got to experience everyday life in the seemingly peaceful city of New Eridu, chatting to local citizens about the latest gossip and interacting with adorable pets in the streets," HoYoverse said, in a description (thanks Gematsu). "A new battlefield was also unveiled with a glimpse at a new boss fight, as players were transported into the perilous Hollows with immersive quest interaction, together with the revelation of more diverse battle techniques for the Agents."

Zenless Zone Zero takes place in a post-apocalyptic city, and finds players unravelling the mysteries of New Eridu, the last shelter for urban civilisation. Revealed back in May, the game is in development for PC and iOS, with further platforms to come. During August, a public playtest took place for the title.