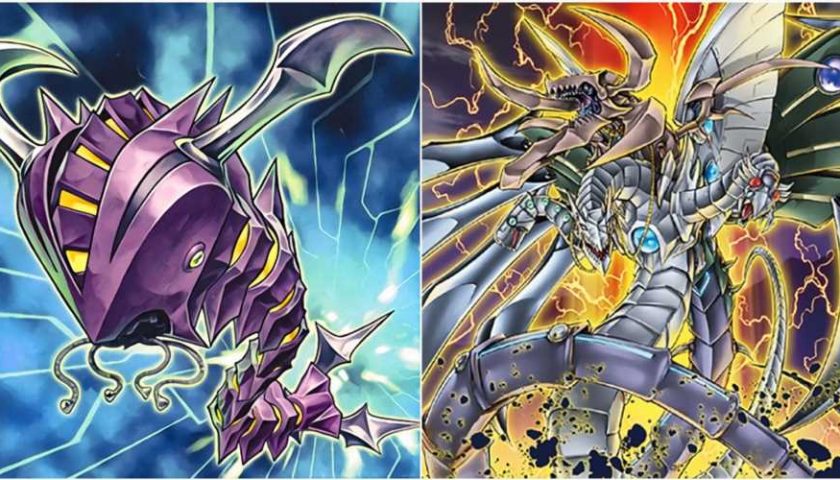 Among the Archetypes available in Yu-Gi-Oh! Master Duel, Cyberdarks are one of the easier ones to build. This is thanks to many of the cards being available for purchase in the Cybernetic Successor Structure Deck.

Cyberdark is an Archetype of cards built around dumping Dragon Monsters into the Graveyard, to be attached to your Machine Monsters to give them bonus effects. They are very closely aligned with Cyber Dragons, thanks to both being used by Zane in the GX anime. This allows them to take advantage of support cards from both Archetypes, allowing Cyberdarks to run a consistent suite of cards. 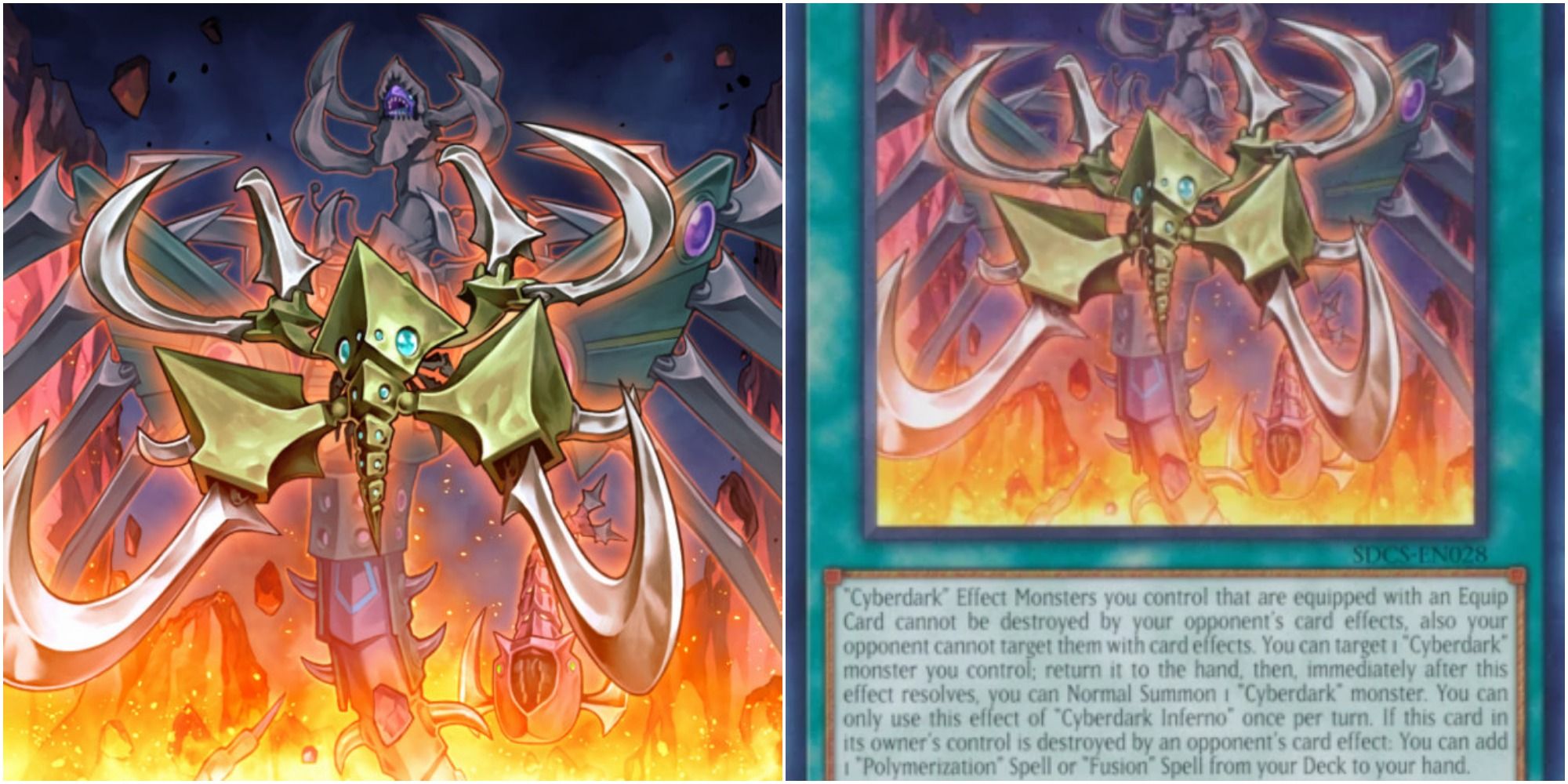 The Field Spell for the Cyberdark Archetype, it does a lot of things for one card. It gives blanket protection to all Cyberdark Monsters equipped with an equip card, by making them indestructible and immune to targeting from card effects. This is especially useful as Cyberdark Monsters will often have multiple equipped to themselves.

If it is ever destroyed, it acts as a searcher for any Fusion or Polymerization Spell. Since Cyberdark has powerful Fusion Monsters, sometimes you will want your opponent to destroy it. You can also tag out a Cyberdark Monster by returning it to your hand, giving you an extra Normal Summon of a Cyberdark to re-use its on-summon effect. 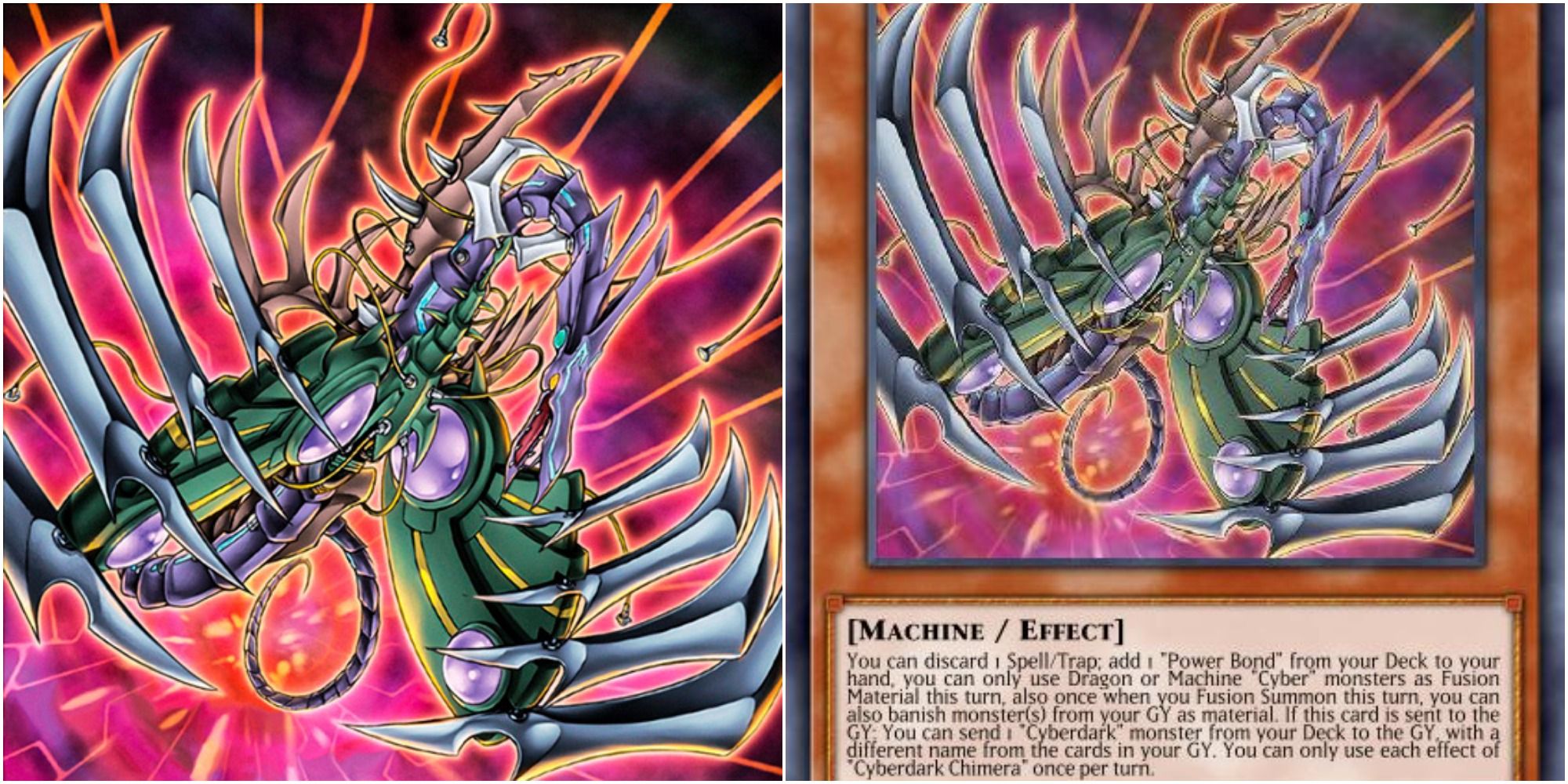 Cyberdark Chimera is one of the few cards in the game that can easily search out Power Bond. By discarding a Spell or Trap card, you can search for Power Bond — however, this means you are locked into Dragon and Machine Cyber Monsters for materials of Fusion summons for the rest of the turn, all while letting you banish cards from your Graveyard for a Fusion summon.

If Cyberdark Chimera is ever sent to the Graveyard, it can dump another Cyberdark in there from your deck as well. Cyberdark decks very much appreciate this, as the deck revolves around the Graveyard. 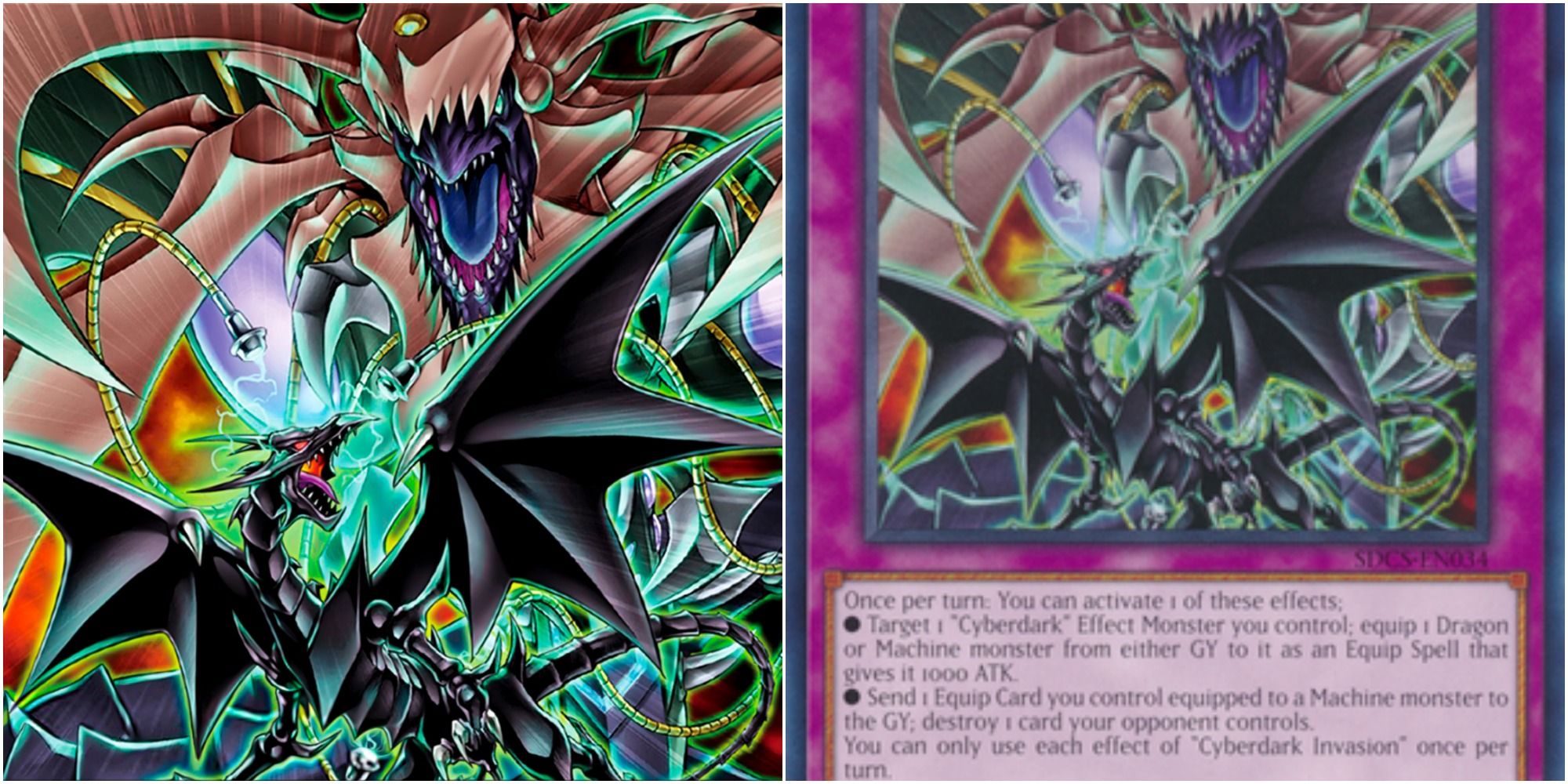 Though a Trap card, Cyberdark Invasion is a fantastic card despite its slow speed. It comes with two powerful effects, both capable of disrupting the opponent's plays. If you have two copies of it on the field, it lets you use both effects rather than just one.

Cyberdark Invasion can either be equipped with a Dragon or Machine from either Graveyard, or you can send an equip card attached to a Machine Monster to the Graveyard to destroy a card the opponent controls. The destruction effect doesn't target, making it harder to react to the effect for your opponent. 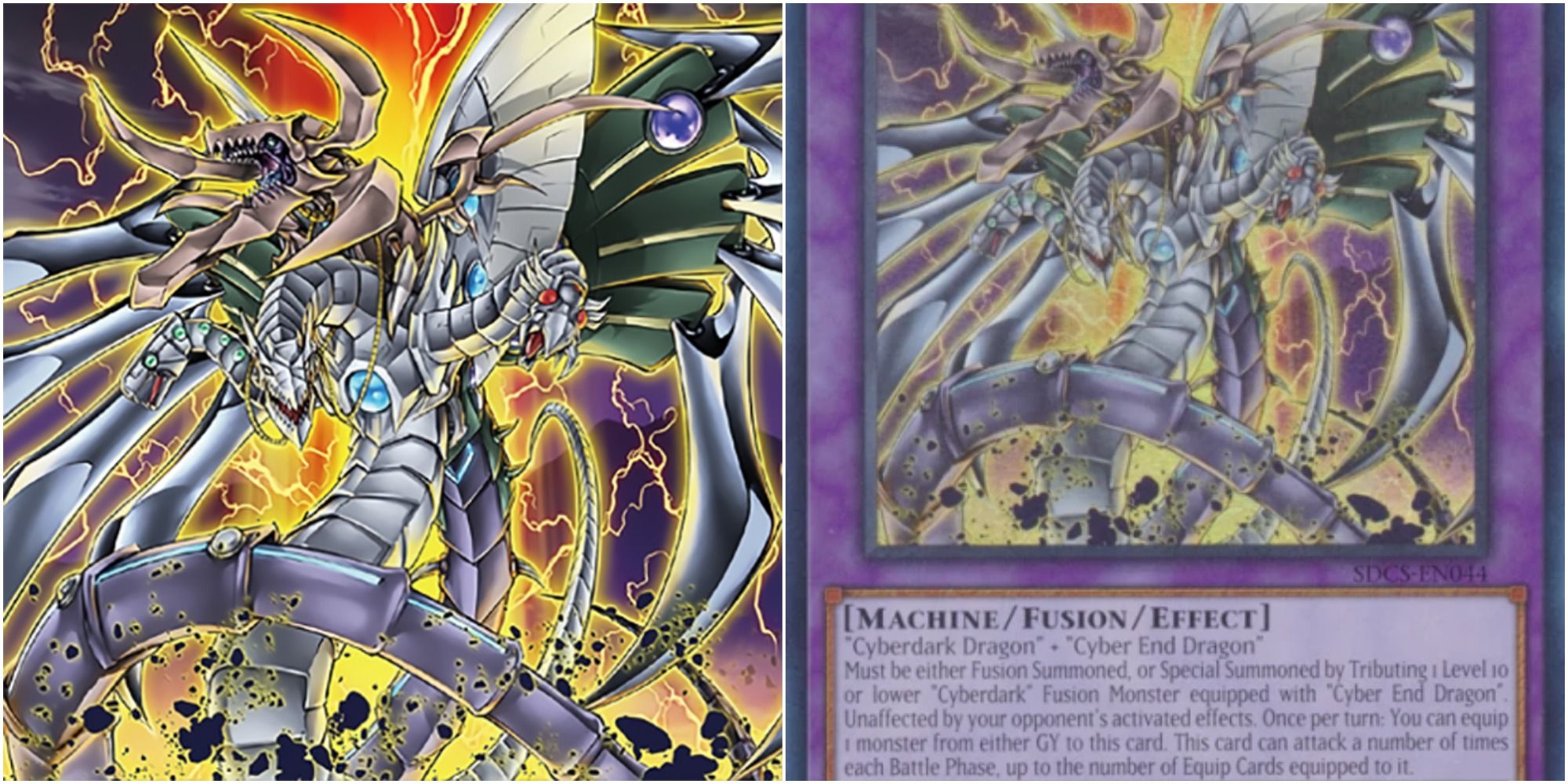 Once it hits the field, it becomes very difficult to get rid of. Cyberdark End Dragon is unaffected by your opponent's activated effects. In addition, you can equip it with any Monster from either Graveyard once per turn. This will also give it extra attacks, as it can attack equal to the number of cards equipped to it. 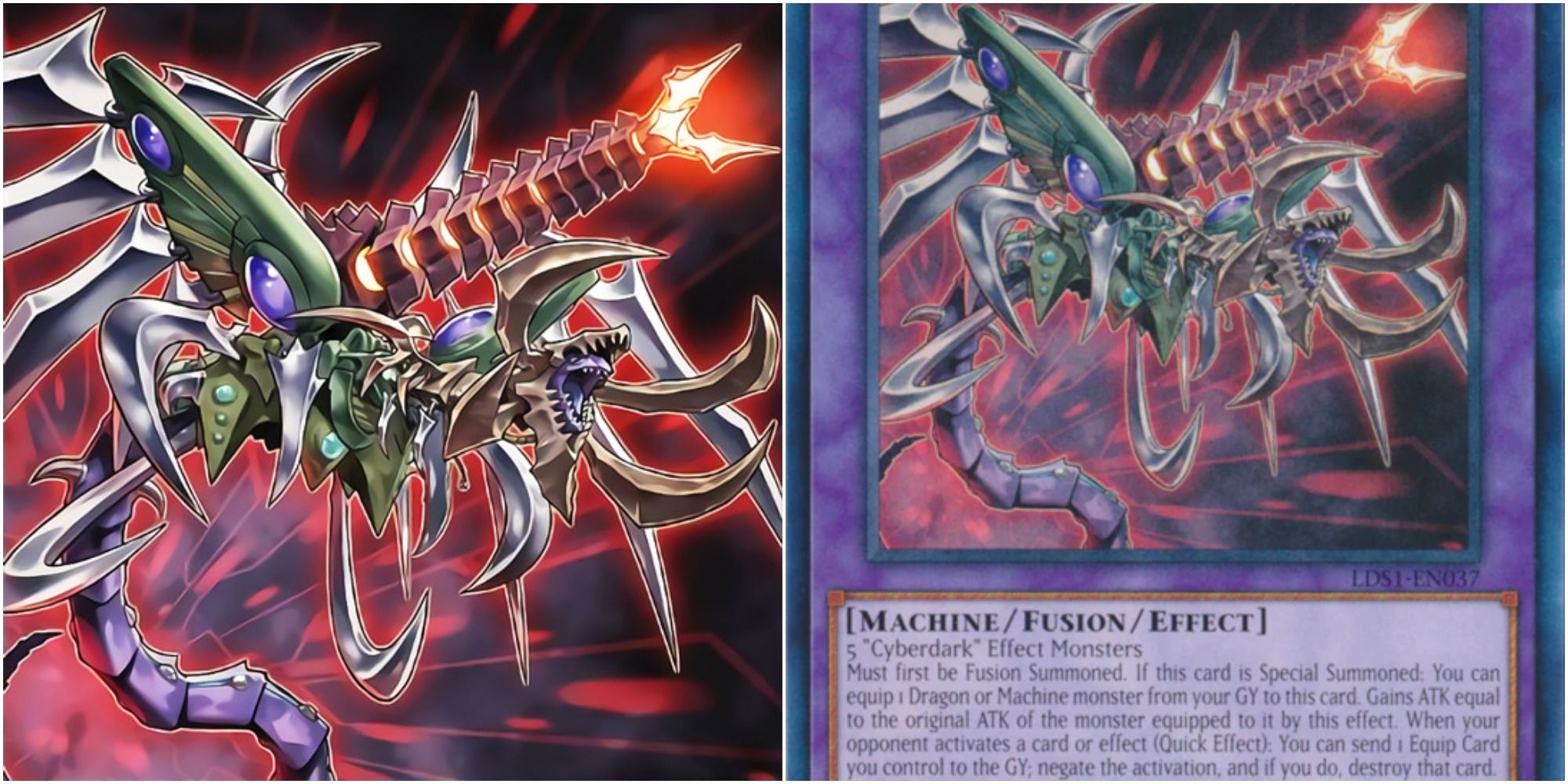 Cyberdarkness Dragon has semi-generic materials to fuse, needing five Cyberdark effect Monsters to make. When it gets summoned, Cyberdarkness Dragon will equip a Dragon or Machine Monster from the Graveyard to itself and gain the attack of that Monster, with a base Attack of 2000.

Cyberdarkness Dragon also acts as a negate, as it can send an equip card you control to the Graveyard to negate any card or effect activation. It doesn't need you to send the card equipped to Cyberdarkness Dragon, ensuring it will keep its high Attack stat while being able to consistently negate your opponent's cards. 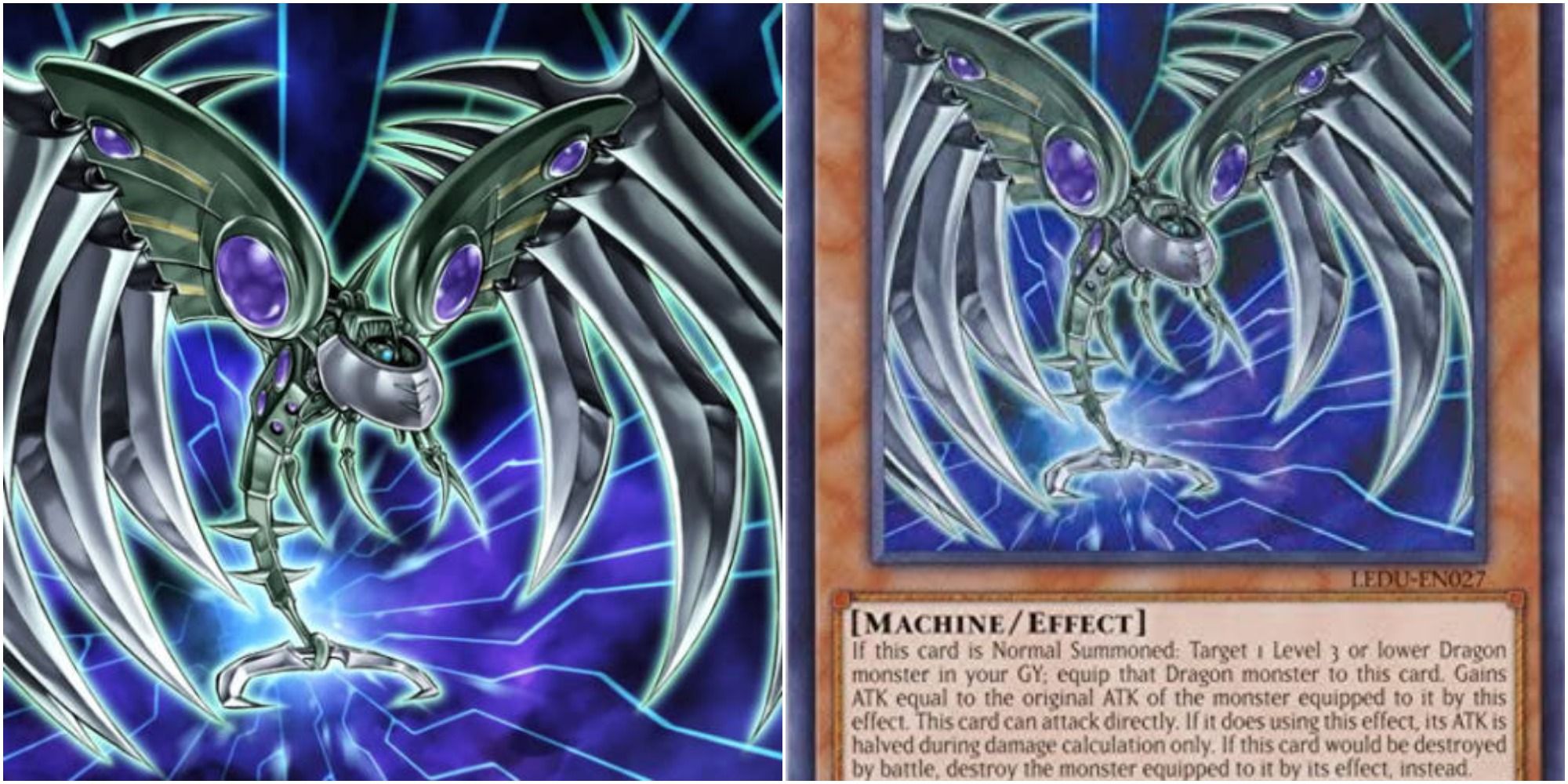 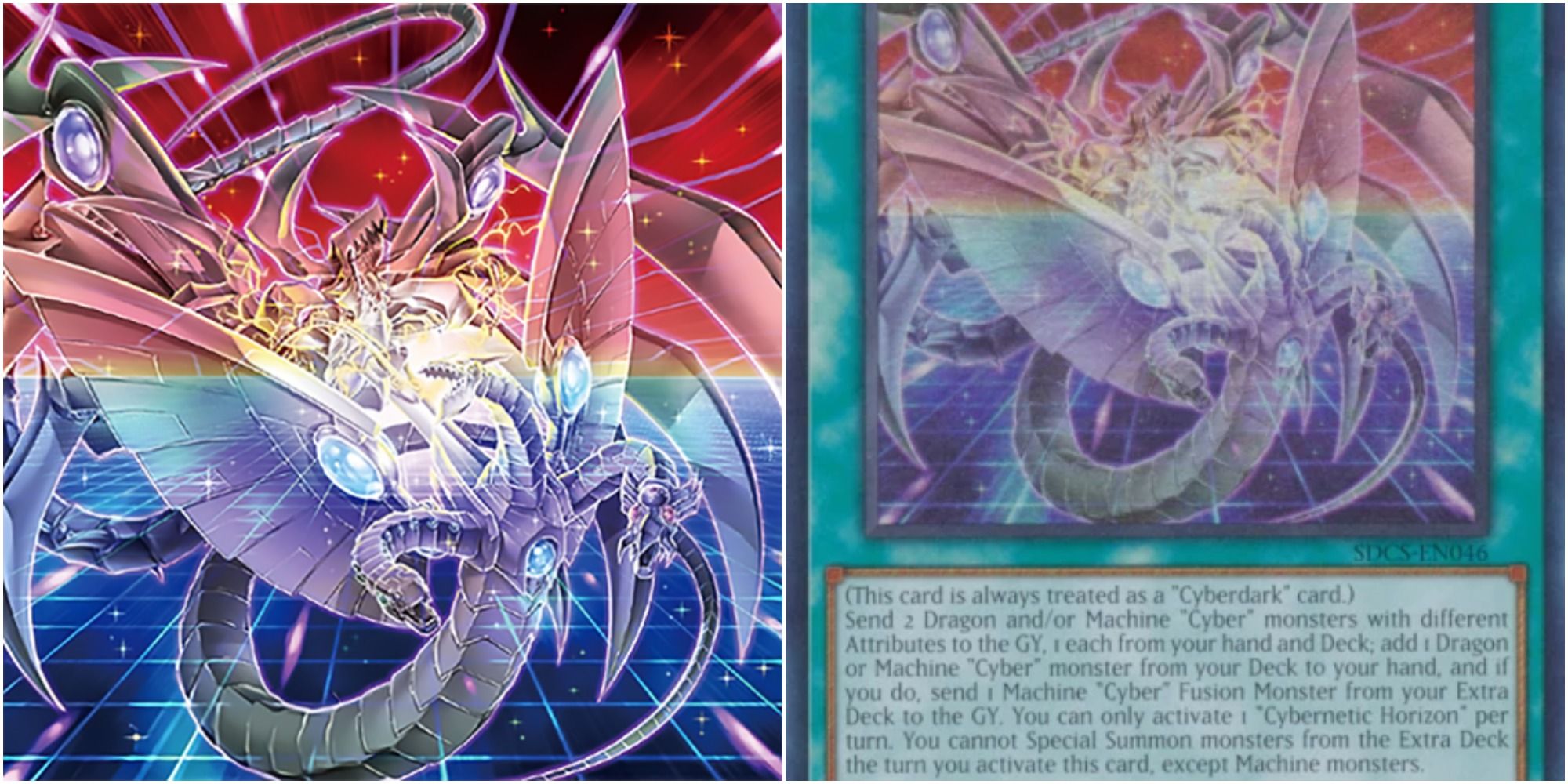 A card named after the Set, Cybernetic Horizon is both a searcher and a card for setup in the Cyberdark Archetype. To activate, you have to send a Machine Cyber and/or Dragon Monster to the Graveyard (with one from your hand and the other from your deck), and then send a Monster from your Extra Deck to the Graveyard.

In addition to doing all of this, you can add a Dragon or Machine Cyber Monster from your deck to your hand. Many Cyberdark Monsters have effects that require Dragon Monsters in the Graveyard, and Cybernetic Horizon lets you set up your combos with just one card. 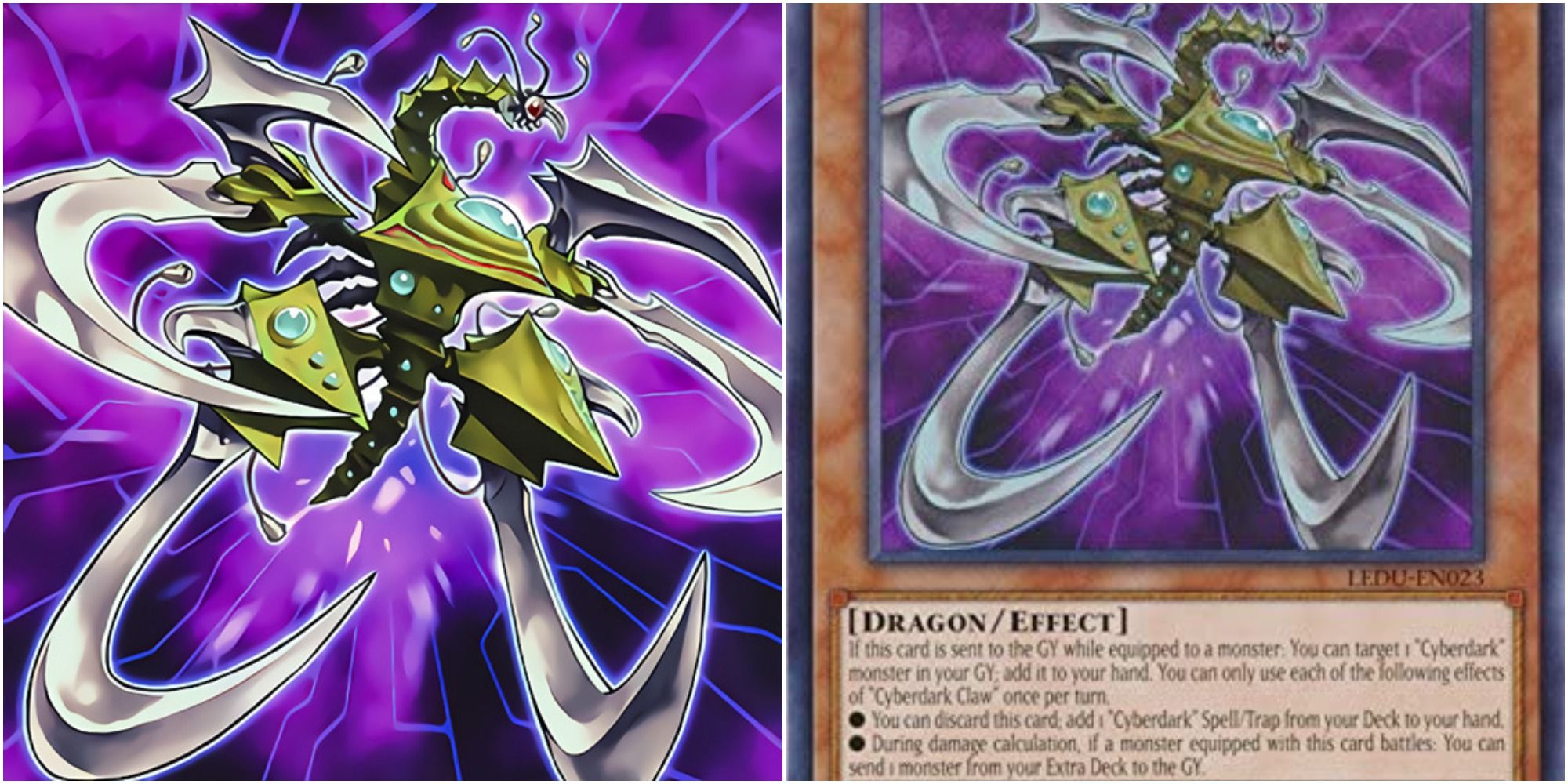 Cyberdark Claw is one of the searchers for the Archetype. You can send it to the Graveyard to add any Cyberdark Spell or Trap card from your deck to your hand. It's a Dragon Monster, allowing it to be equipped to Cyberdark Monsters after you use its effect. 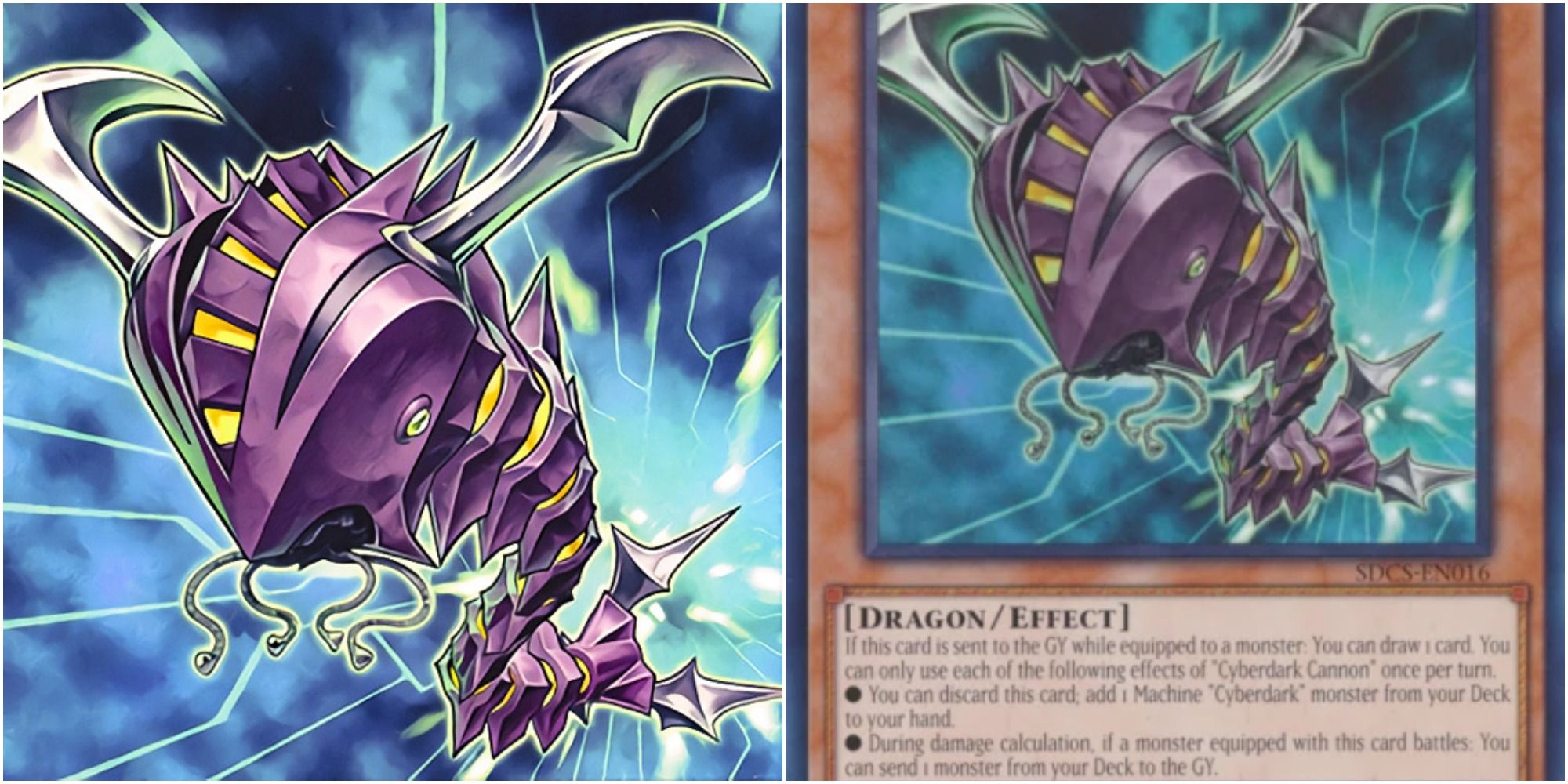 Whenever it's equipped to a Monster and that Monster battled, Cyberdark Cannon lets you put any Monster into the Graveyard from your deck. This lets you setup for other Cyberdark Monsters when your next turn comes around. 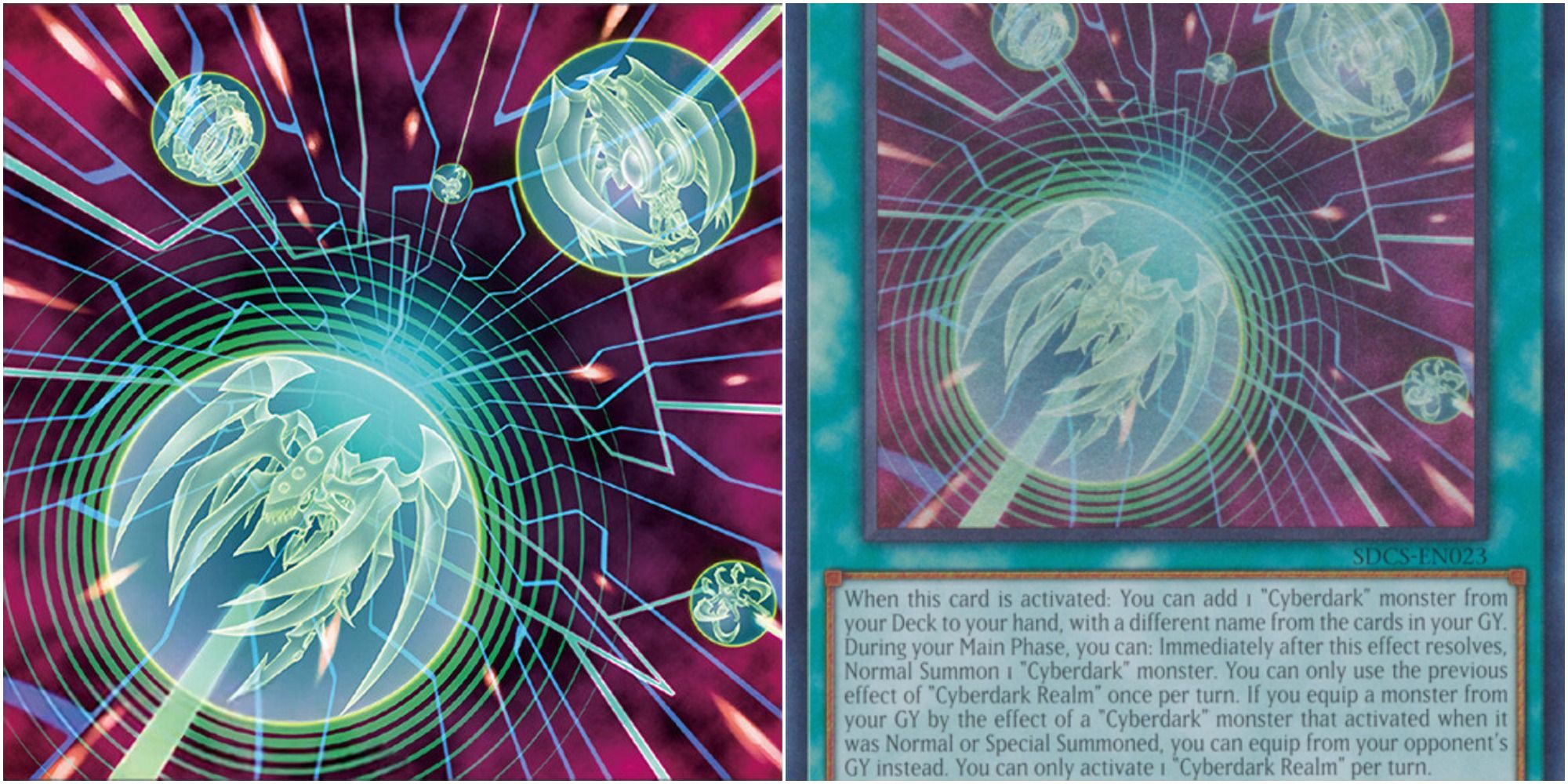 This lets you take out an important combo piece from your opponent's Graveyard, all while pushing your own board state forward. This effect isn't once per turn, and is static so all Cyberdark Monsters will never need to use your own Graveyard.