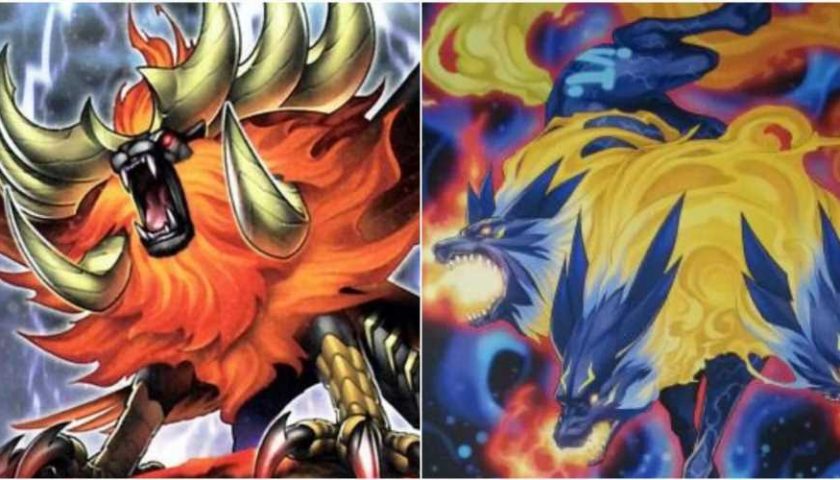 Beast-type monsters have been around since the beginning of the Yu-Gi-Oh! card game, and have had plenty of support and archetypes introduced over the past two decades. In the early days of Yu-Gi-Oh!, most Beast-type monsters were based on real animals, and didn't fit in all that well with all the magical and demonic monsters that were more prominent in the card game. Since then, however, a plethora of fictional creatures have been introduced. 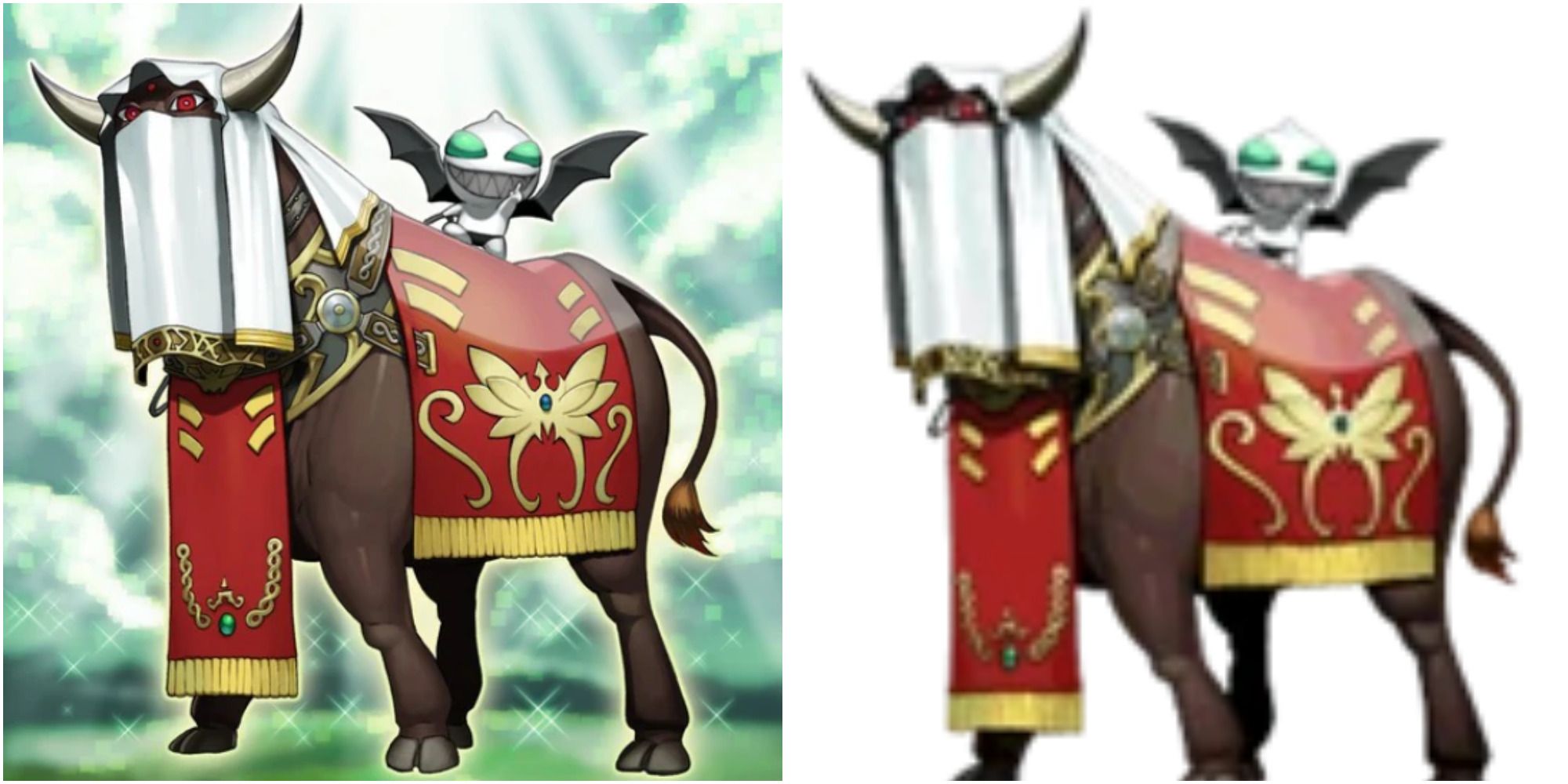 If the player has between zero and two cards in their hand, then Kudabbi can't be destroyed by battle or card effects — something that's easy to manage in a Fabled deck, or any deck that revolves around discarding monsters. If the player has three or more cards in their hand, Kudabbi must be destroyed during the End Phase if that amount has not been reduced. Kudabbi isn't the strongest monster around, but can at least protect the player's life points when needed. 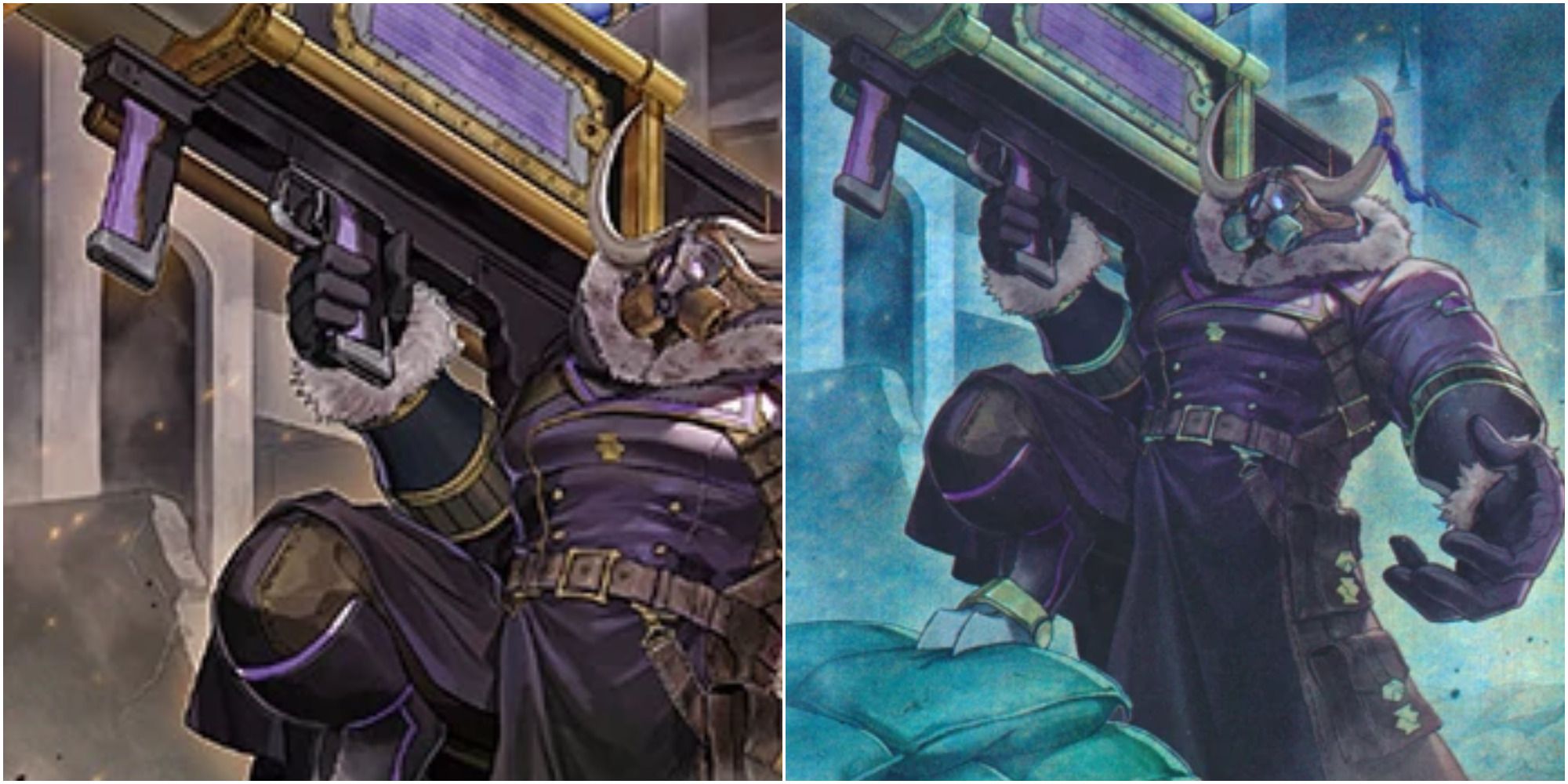 Tri-Brigade Kerass is an Effect Monster and a Beast-type member of the Tri-Brigade archetype. By discarding another Beast, Beast-Warrior, or Winged-Beast type monster, Kerass can be Special Summoned from the player's hand. Additionally, Kerass allows the player to banish any number of monsters (of the types mentioned earlier) from their Graveyard, in order to Special Summon a Link Monster of one of those types as long as its Link Rating matches the number of monsters banished.

Also, only monsters of those three types can be used as Link Material for the rest of the turn. Kerass is more splashable than other Tri-Brigade monsters due to this effect and can be helpful in a variety of decks. 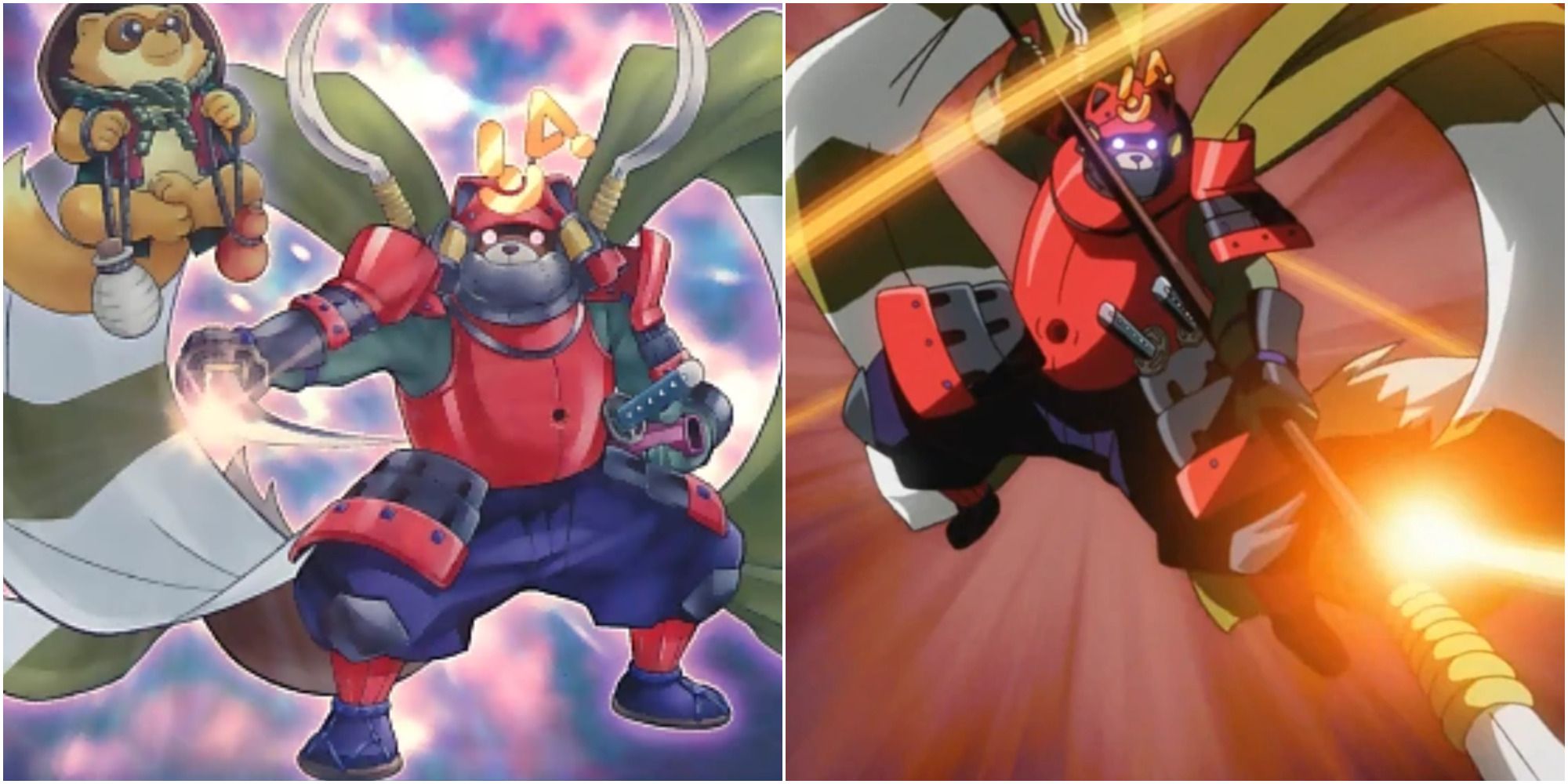 Ronin Raccoon is a rank two Xyz Monster and member of the Raccoon archetype, and requires two level two Beast-type monsters and Xyz Material. It's an easy thing to do in a Raccoon deck, or another deck with level two Beast-type monsters. By detaching one Xyz Material from Ronin Raccoon, the player can Special Summon one Kagemusha Raccoon token, which gains the same amount of attack points as the monster on the field with the highest attack points.

Ronin Raccoon isn't very strong, but it cannot be destroyed by battle or card effects as long as the player controls another Beast-type monster. It can also be powered up by plenty of other cards. 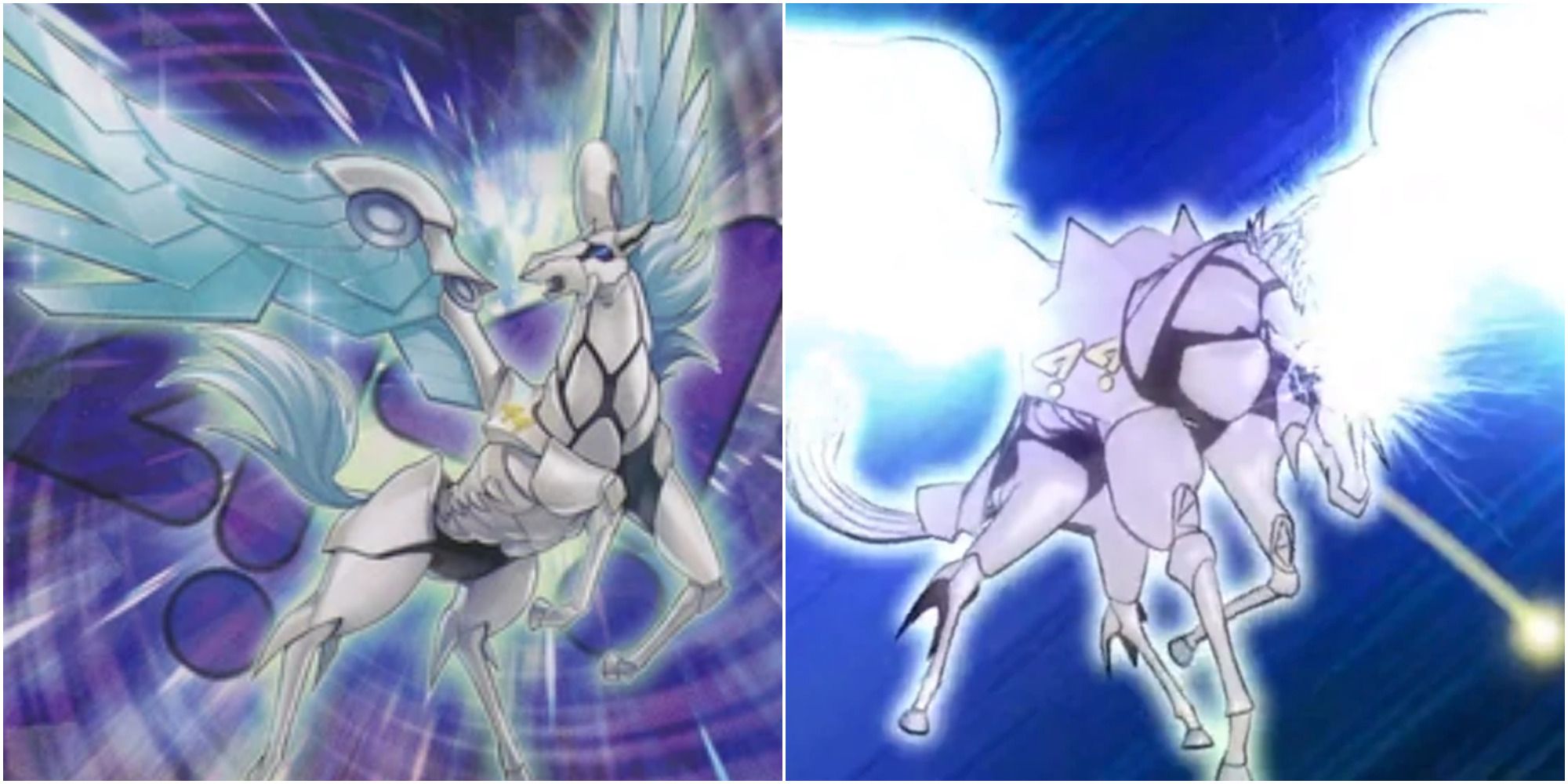 Sky Pegasus is a rank four Xyz Monster, and is more splashable than other Beast-type Xyz Monsters due to only needing two level four monsters as Xyz Material. Once per turn, the player can detach one of Sky Pegasus' Xyz Materials and target one of the opponent's monsters to be destroyed, but the opponent can pay 1000 life points to negate the effect.

While 1000 life points can be a small price to pay to negate an effect, if used at the correct time or combined with certain cards to ensure its effect isn't negated, Sky Pegasus can easily lead the player to victory. 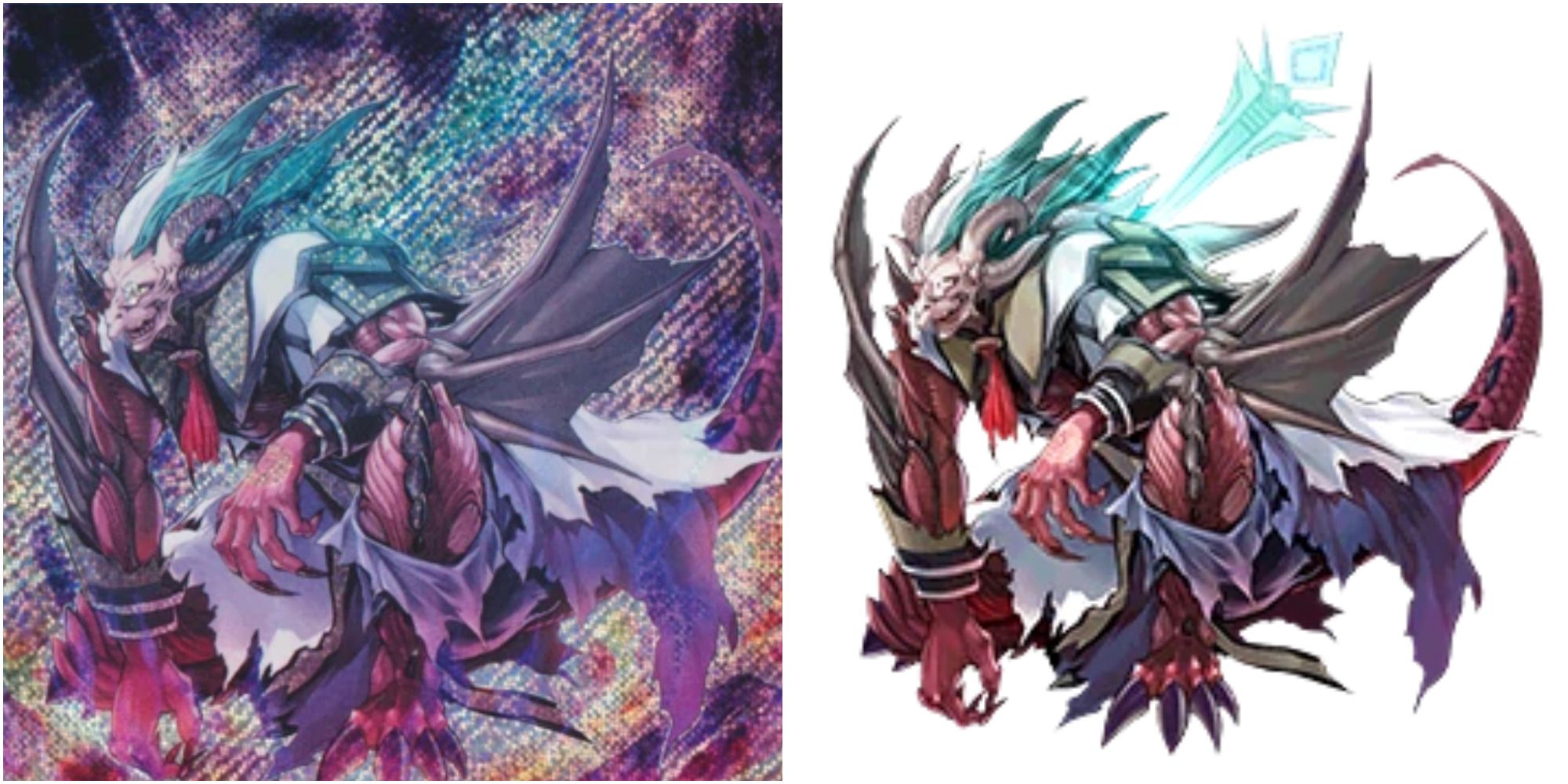 Invoked Caliga is a Fusion Monster and a member of the Invoked Archetype, and it requires Aleister The Invoker and one Dark attribute monster as Fusion Material. When Caliga is on the field, each player can only attempt to activate one monster effect per turn, and they can only attack with one monster each during the Battle Phase.

Caliga's effect is most useful against decks that primarily rely on combining and stacking multiple monster effects. Although Caliga is a weak monster in terms of power, it's best to combine it with card effects that help prevent it from being destroyed. 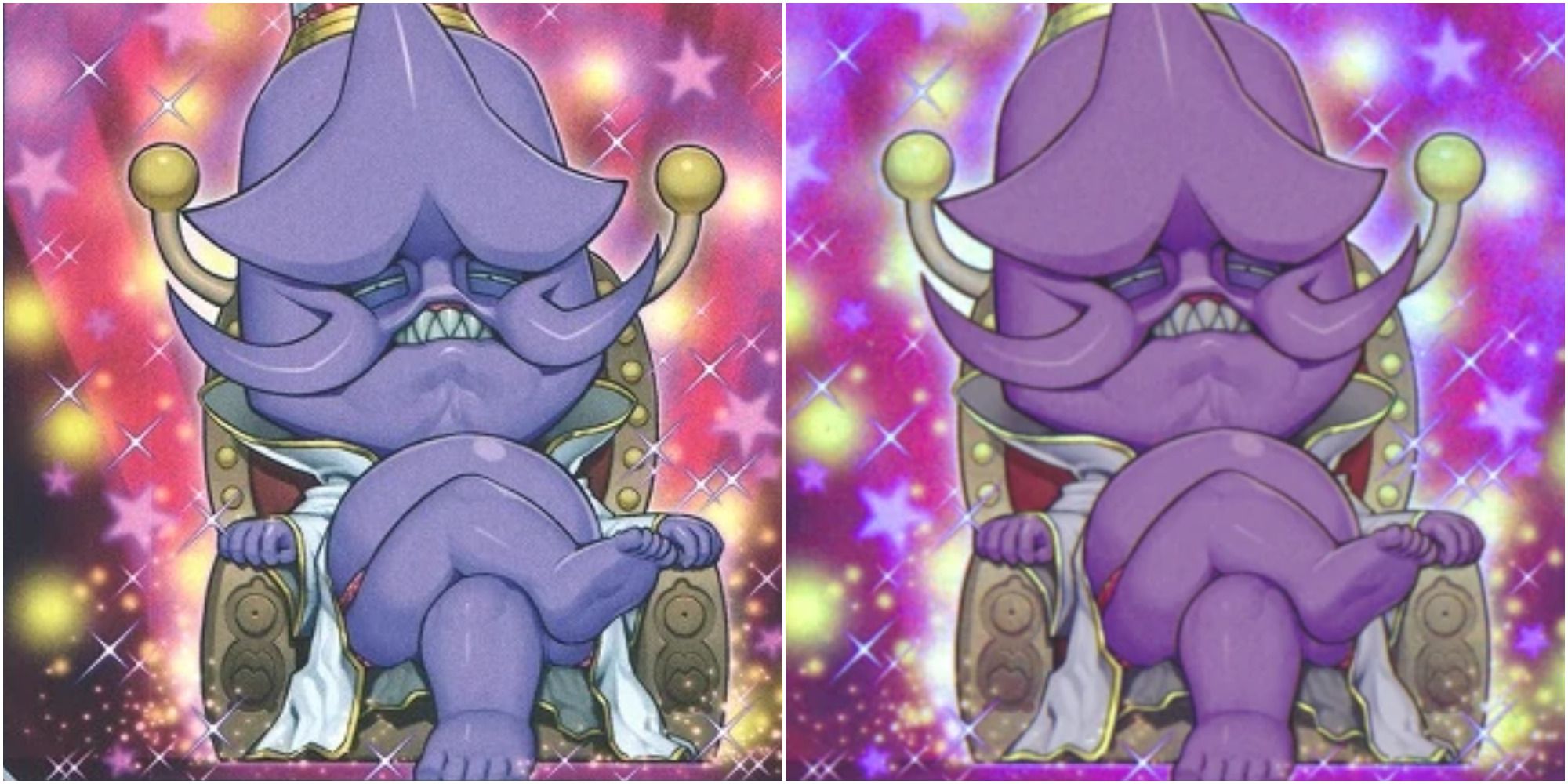 Ojama Emperor is a Link Monster of the Ojama archetype, that can only be Link Summoned using three Beast-type monsters — one of which must be an Ojama monster. Ojama Emperor has zero attack points, but gains 3000 points, and will be immune to being destroyed by card effects as long as the Ojama Country Field Spell is in the Field Zone. Additionally, the opponent takes any battle damage if Ojama Emperor is attacked.

Once per turn, Ojama Emperor can Special Summon one non-link Ojama monster from the Graveyard, but only Fusion Monsters can be summoned from the Extra Deck for the rest of the turn. It may rely on other cards, but it's one of the most powerful Ojama cards in the game. 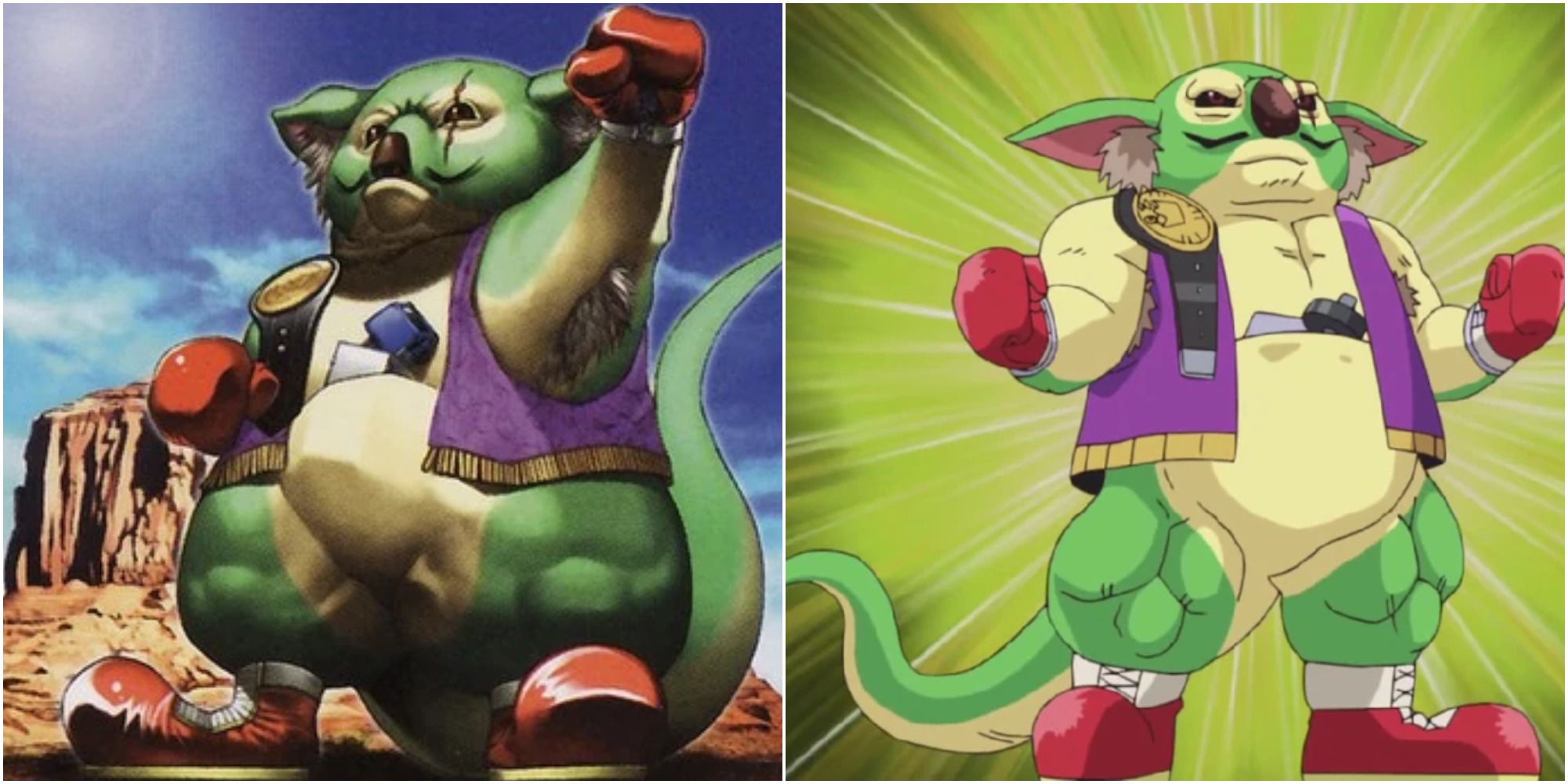 Master Of Oz is a Fusion Monster that combines Des Kangaroo and Big Koala as Fusion Material. Despite its age, it's still the strongest Beast-type monster in terms of raw attack power, with 4200 attack points. Master of Oz doesn't have an effect, and may require at least one of its fusion materials, but it's a much easier monster to get out on the field than it once was.

When in the right situation, or combined with the right card effects, Master of Oz can take out over half of the opponent's life points. That's a feat many newer monster cards aren't capable of doing without the help of other card effects. 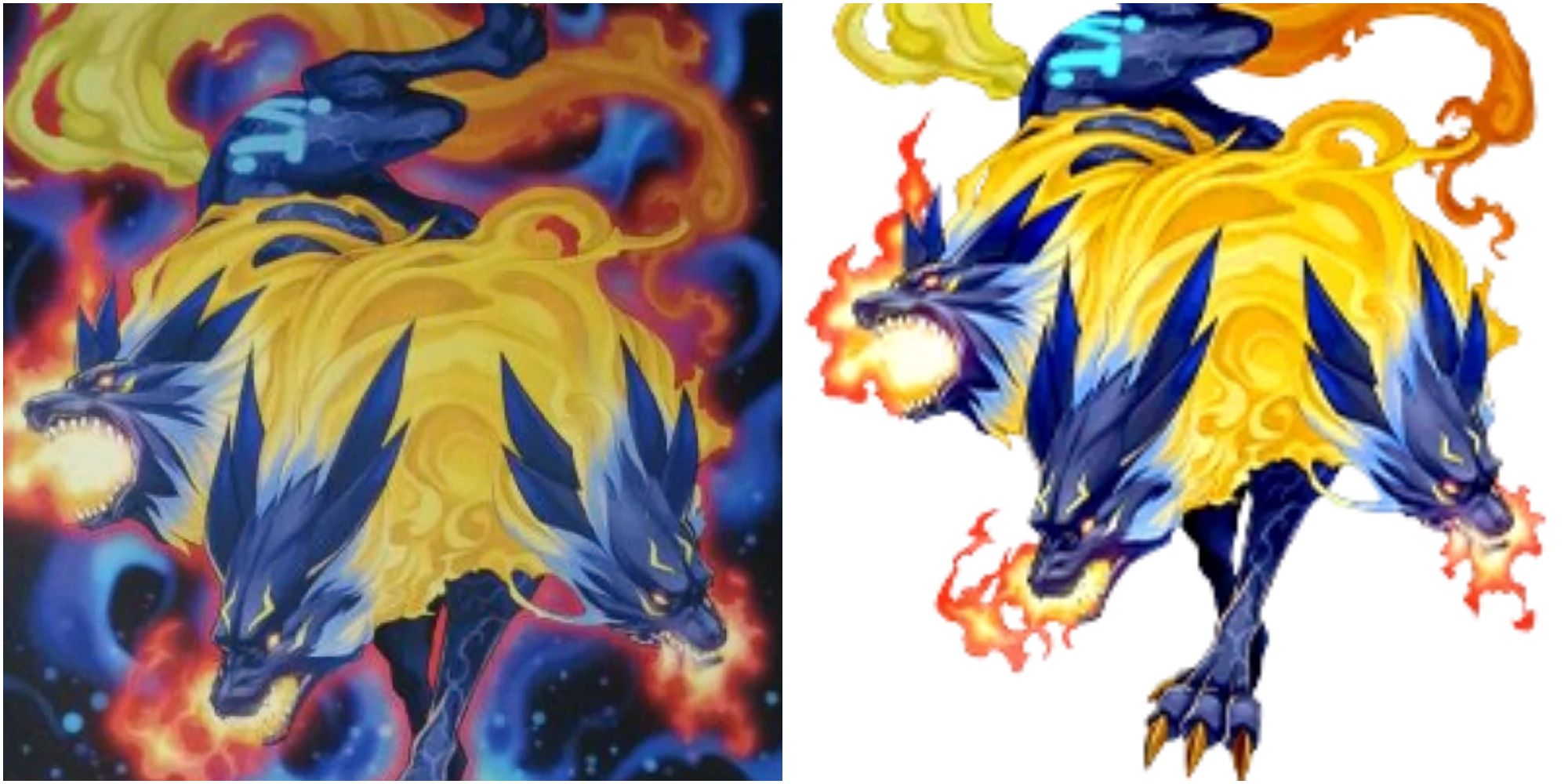 Number 14: Greedy Sarameya is a rank five Xyz Monster that requires two level five monsters as Xyz Material. Greedy Sarameya causes the opponent to take any effect damage the player would have taken, without needing to detach any materials.

By detaching one of the materials after Sarameya has destroyed an opponent's monster in battle, and sent it to the Graveyard, the player can destroy all monsters on the field whose current attack points are equal to or lower than the original attack points of the monster that was destroyed. With only 2500 attack points, this effect doesn't seem that useful, but Sarameya has enough of a boost that it can change the course of a duel or even ensure victory. 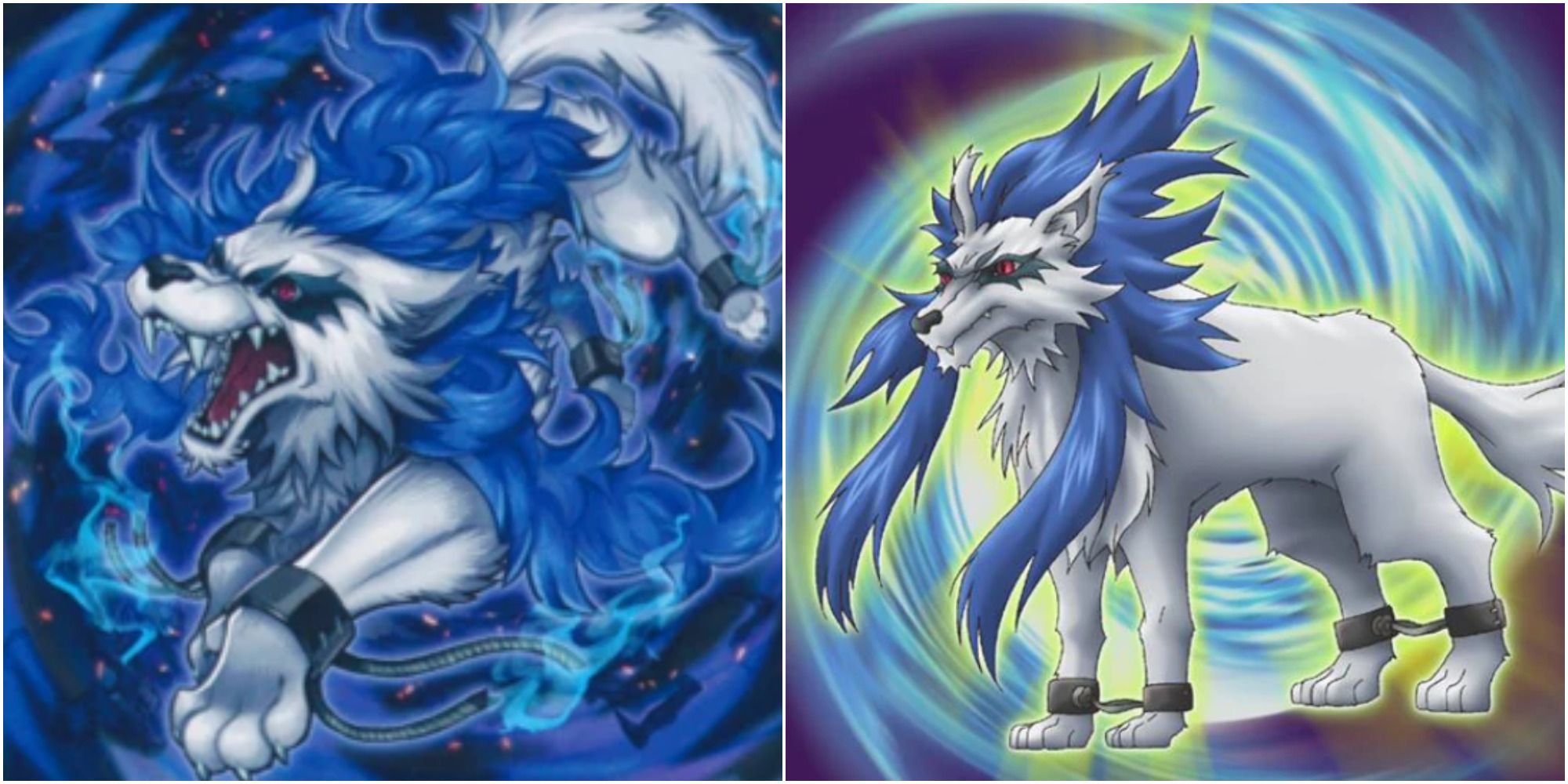 At the start of the Battle Phase, the controller of Fenrir must change all Defense Position monsters they control to Face-Up Attack Position. Both players also take battle damage from any attacks involving Fenrir. It may seem weird to let the opponent control this card, but there are plenty of ways to circumvent that.

1 Alpha, The Master Of Beasts 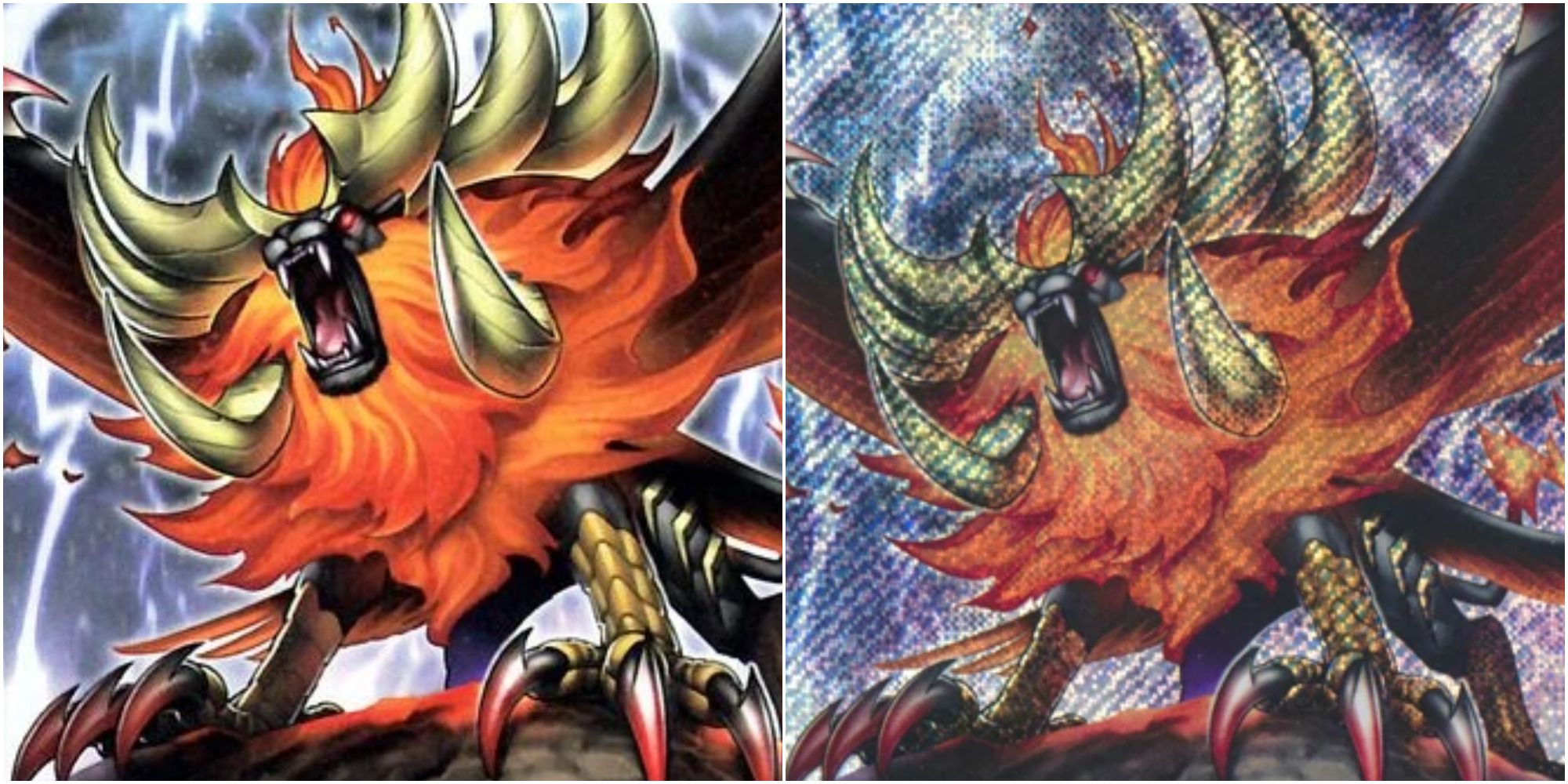 Additionally, the player can return any number of Beast, Beast-Warrior, or Winged-Beast-type monsters they control from the field to their hand. They can then send Face-Up monsters controlled by their opponent to their opponent's hand, equal to the number returned. Alpha cannot attack for the rest of the turn if the second effect is used. Because of its type-specific effect, Alpha fits well in many decks, particularly Tri-Brigade decks.