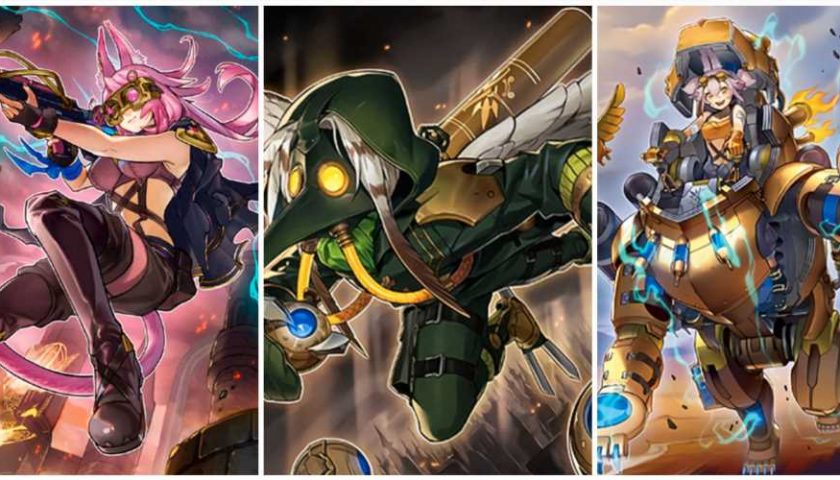 The Tri-Brigade are a rogue band of desert-faring animalistic gunners with a scrapyard aesthetic. They instantly stole the hearts of many Yu-Gi-Oh! players when they were first released in the Phantom Rage core booster set. As well as their eye-catching art design and their cameo in the Abyss lore surrounding Ecclesia and Albaz, the deck has unique mechanics that are generic enough to support many ways of playing it.

Tri-Brigade has seen a strong competitive following since its release – once players pick up the deck it takes a lot to convince them to put it down again. The versatility it provides deck builders, as well as the sheer strength of its core engine, makes Tri-Brigade a firm favourite deck for many. 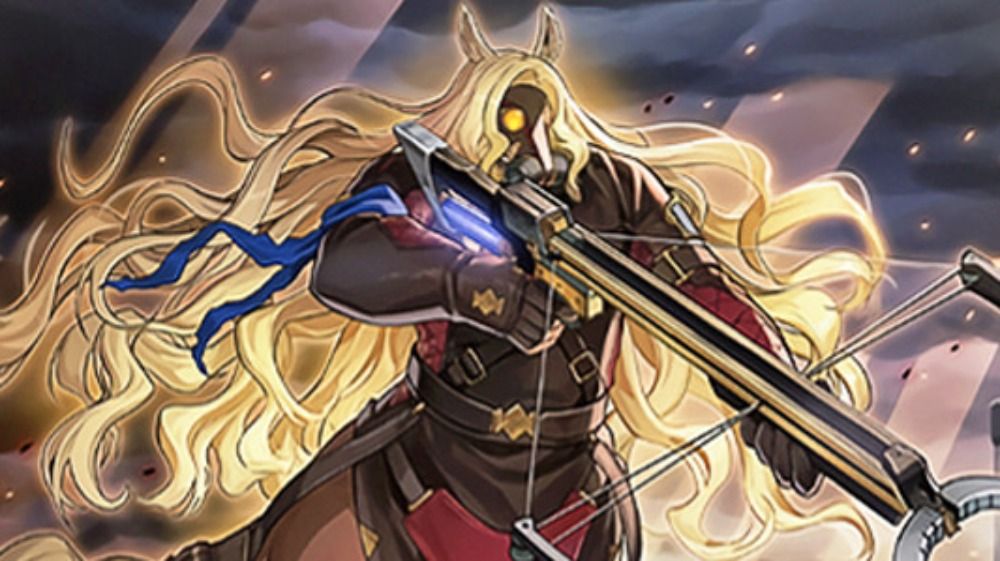 The core Tri-Brigade lineup is composed of low-level Beast, Beast-Warrior, and Winged Beast-Type monsters (these three types are collectively called tri-types) who each have effects that reward you for filling your Graveyard with Tri-Brigade monsters. Your basic gameplan is going to be to fill your Graveyard with tri-types, because much of the deck's combo power relies on having a full Graveyard.

Among the Tri-Brigade cards, your best starter here is Tri-Brigade Fraktall – he can discard himself to send any level-three or lower tri-type monsters from the deck to the Graveyard, enough to get your whole combo online. In fact, Fraktall is such a good card in your opening hand that Tri-Brigade decks almost always play as many copies of Fire Formation – Tenki as possible to search it out – even though Fraktall is the only valid target for the search in your deck!

Fraktall will usually send Tri-Brigade Kitt, whose effect will trigger when it's sent to Grave, to send another Tri-Brigade card from your deck to the Graveyard. Most often, you'll want to send Tri-Brigade Nervall this time – when it hits the Graveyard it'll activate, allowing you to add a Tri-Brigade monster from deck to hand. Usually, Nervall will search for Tri-Brigade Kerass, since Kerass is the only Tri-Brigade who can Special Summon himself from the hand, providing you with a vital extender for your later Link plays.

So, from one card you've managed to get three Tri-Brigades in Grave, and you've also added Kerass to hand. But why are we spending all these resources filling up the Graveyard?

You can use these effects to summon a tri-type Link monster, even if the monsters you banish don't satisfy the Link material requirements for the Link monster you're summoning. This makes these effects a massively powerful way of utilising more difficult-to-summon boss monsters, such as Ancient Warriors Oath – Double Dragon Lords, which typically requires a WIND Ancient Warriors monster to be used as Link material.

Our main deck plays above allowed us to get off to a good start, but it is using the Extra Deck wisely that allows the Tri-Brigade combos to truly take off. Your first goal on Turn One should be to fill your Graveyard for Tri-Brigade effects, as well as to get two tri-type monsters on the field to facilitate Link plays. If you searched Kerass, following the combo above, then this shouldn't be a problem. Another way to get your two monsters on field is through Rescue Cat, an excellent Normal Summon that gives you almost any two Tri-Brigades on the field instantly.

Once you manage to get two bodies on board, you're probably going to want to Link summon Tri-Brigade Ferrijit the Barren Blossom. Her effect allows you to Special Summon any tri-type monster from your hand for some much-needed extension. Moreover, similarly to the main deck Tri-Brigades, each of their Link monsters has an effect when it's sent to Grave that provides some form of card advantage: Ferrijit allows you to draw a card and then place a card from your hand back to the bottom of the deck.

Another advantage of Link summoning in this deck is that it further fills up your Graveyard with tri-types. So, if you Special Summon a Tri-Brigade monster with Ferrijit's fist effect, you should at this point have enough tri-types in Grave to use the summoned monster's effect, banishing four tri-types from Grave to Special Summon Tri-Brigade Shuraig the Ominous Omen. On summon, Shuraig can banish one card on the field – this won't be relevant on Turn One but is a very powerful form of disruption if we can Special Summon Shuraig on the opponent's turn, but more on that later. More notably, when Shuraig is sent to the Graveyard, it can search any tri-type whose level is less than or equal to the number of your banished tri-types (which by this point will be quite a high number). You have a number of options for this search, and it's all going to depend on your personal playstyle and your starting hand – you could grab a Fraktall for Turn Three follow-up, or you could get a hand trap to disrupt your opponent's plays, such as Tri-Brigade Mercourier or D.D. Crow. 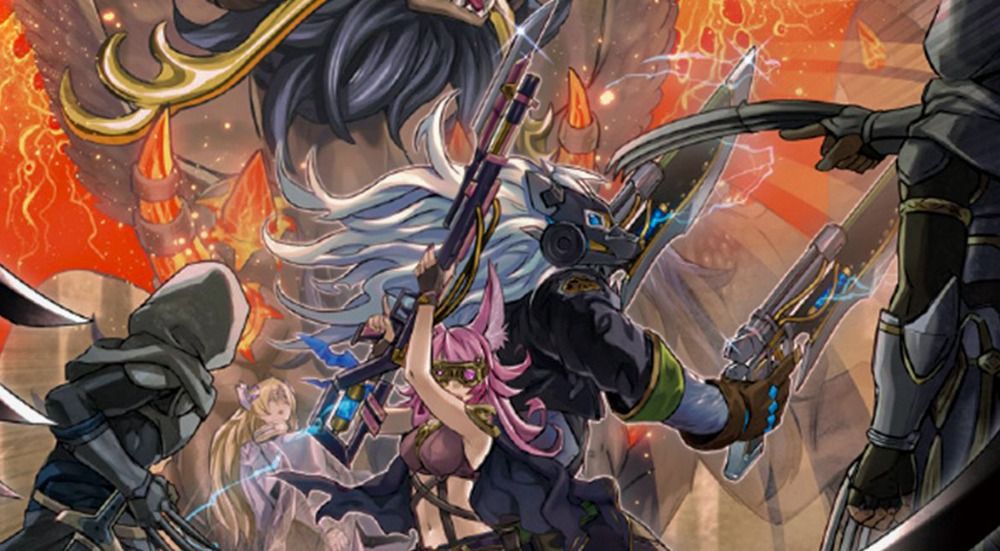 Your Tri-Brigade combo line is going to rely on continuously summoning Tri-Brigade Link monsters and sending them to the Graveyard for the summons of other Links to activate their Graveyard effects. Along the way you can Link summon powerful Turn One pieces, such as Apollousa, Bow of the Goddess, and you can cheat out Link monsters like Ancient Warriors Oath – Double Dragon Lords. Near the end of your combo, you're going to want to summon Tri-Brigade Bearbrumm the Rampant Rampager, who can Special Summon a banished Tri-Brigade monster – although you'll need to discard two cards to do so. Even if this effect is useful at times, Bearbrumm is mostly used for its Graveyard effect which searches any Tri-Brigade spell/trap card. However, this effect locks you into summoning only Tri-Brigades for the rest of the turn, so be sure to summon your generic disruptions before this.

We haven't yet mentioned any Tri-Brigade spell/trap cards – most of them are not worth playing, though some players choose to run Tri-Brigade Oath as a spell/trap negate. Only one Tri-Brigade spell/trap is absolutely essential to the strategy, however, and it is what you will search off Bearbrumm almost all the time: Tri-Brigade Revolt. Revolt allows you to Link Summon on your opponent's turn using your banished tri-type monsters, which is ridiculous. If you've been following along so far you will have a fair few tri-types banished, so you should be able to make a Shuraig on your opponent's turn via Revolt without any difficulty, essentially giving you a quick-effect banish. Moreover, the Link materials you used for Revolt are sent to your Graveyard when Revolt resolves, meaning that if they are Tri-Brigade monsters you'll also trigger their Graveyard effects, giving some powerful recursion to the deck. 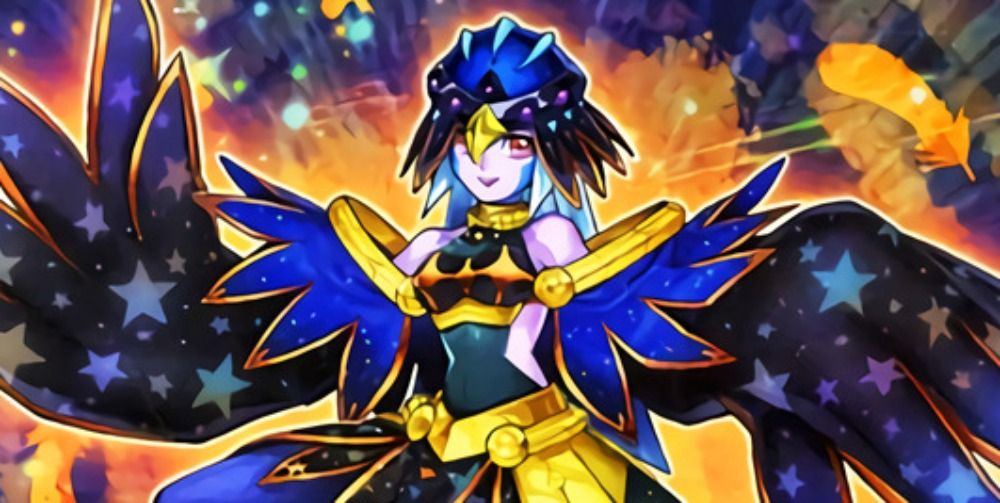 Tri-Brigade is a powerful strategy on its own – yet, when paired with the correct secondary engine it turns into a true meta contender. Since many of the Tri-Brigade cards allow for any tri-type monsters to be used for their effects, the deck has an unsurprisingly great synergy with other tri-type archetypes.

For example, the Winged Beast-Type Lyrilusc archetype gives you an entirely separate combo line to work with that provides even further reinforcement to your Turn One end board. While using Lyrilusc – Bird Call provides this engine with impressive consistency, it can also quickly spam Rank-one monsters like Lyrilusc – Recital Starling and Lyrilusc – Ensemblue Robin, often allowing you to go into a Number F0: Utopic Draco Future as well. Moreover, having access to Lyrilusc – Assembled Nightingale going second can be game-winning since, via Downerd Magician, it can give you a four-material Divine Arsenal AA-ZEUS – Sky Thunder to wipe your opponent's board clean.