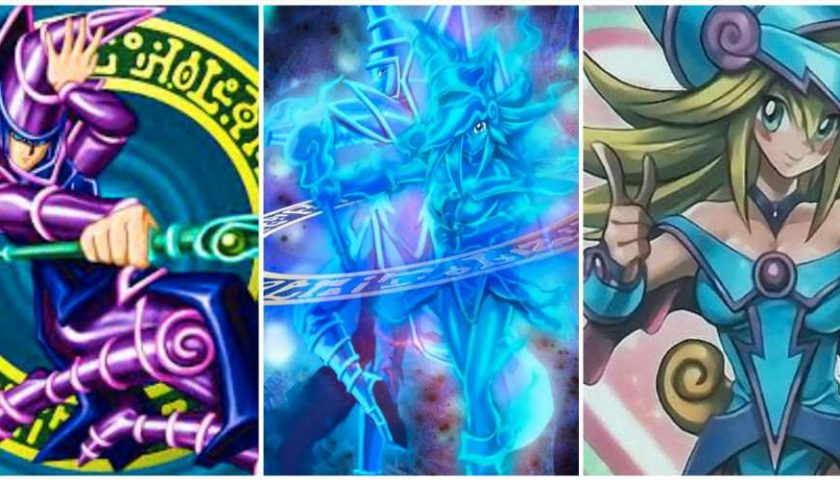 Dark Magician, the self-proclaimed ultimate wizard in terms of attack and defence, is one of the most iconic monsters in all of Yu-Gi-Oh!, and has been in the game from the very beginning. Over the years, Dark Magician has turned from a single Normal monster into a full-fledged deck, with lots of support cards for you to choose from.

It can be difficult to look at all the Dark Magician cards released and decide which ones are worth your time – a lot of them are not worth playing, but the others are powerful pieces that turn Dark Magician into a solid strategy. The deck may look a little different than it did in the playground all those years ago, but you'll still be seeing a lot of the Dark Magician. 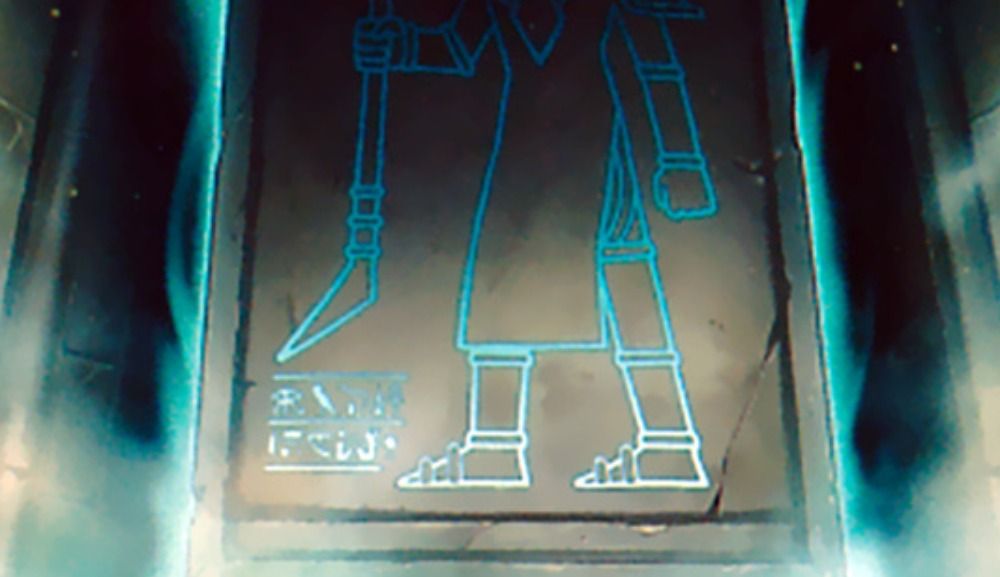 The basic gameplan of a typical Dark Magician deck is to control the game with strong spell/trap cards. Since Dark Magician has no effects himself, many monsters have been printed that complement the Dark Magician strategy with powerful effects, such as the infamous Red-Eyes Dark Dragoon, which also contribute to the control strategy of the deck.

You'll want to set up your combination of Dark Magical Circle and Eternal Soul as early as possible. Eternal Soul is a continuous spell that makes all of your Dark Magicians unaffected by any of your opponent's card effects, and it also allows you to Special Summon a Dark Magician from your hand or Graveyard during either player's turn (or you can set a copy of Dark Magic Attack from your deck if you'd prefer). This provides incredible recursion for your monsters and is surprisingly difficult for your opponent to out.

On the other hand, if your opponent has some spell/trap removal they can destroy your Eternal Soul – try and prevent this from happening as much as possible, since when Eternal Soul is removed from the field it'll also destroy all monsters you control! You can use cards such as Dark Magician The Dragon Knight to stop this: its name becomes Dark Magician while it's on the field, and it protects all of your backrow cards from targeting and destruction.

Eternal Soul gives you great recursion, but Dark Magical Circle provides the interruption in this setup: once per turn, whenever you summon a Dark Magician, you can target one card your opponent controls and banish it. Combined with Eternal Soul, this gives you a banish on your opponent's turn, which can be critical if used at the right time. Circle, on activation, also lets you look at the top three cards of your deck and add a Dark Magician, or a spell/trap with Dark Magician in its text, to your hand, so activating Circle is a great way of searching for the last combo pieces you need. 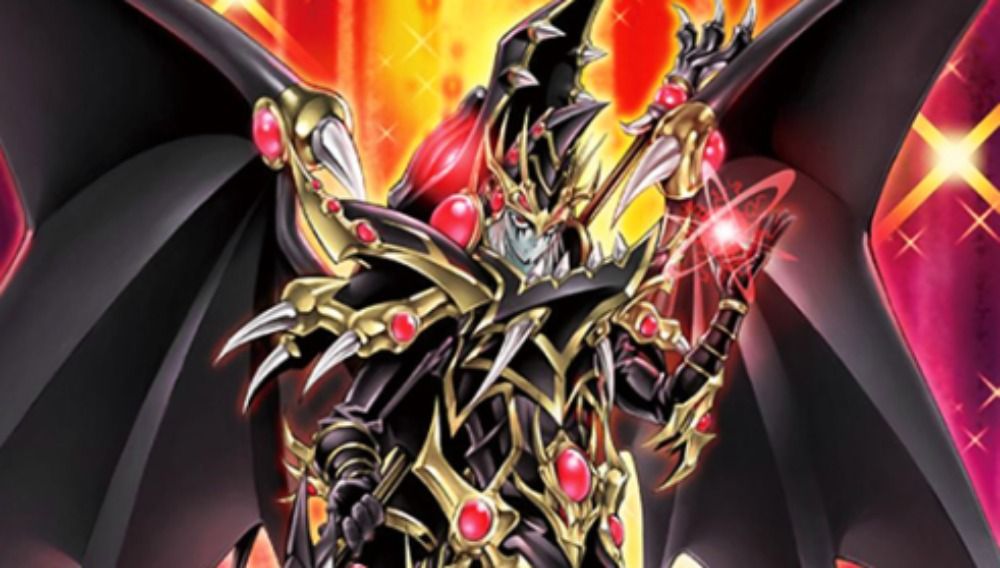 In addition to this setup, the Dark Magician deck also has access to one of the most infamously oppressive boss monsters in the entire game: Red-Eyes Dark Dragoon. It can't be destroyed or targeted by card effects, and it can destroy an opponent's monster and inflict damage to them equal to its attack (it can do this twice per turn if you use two Normal monsters to summon it, which you probably will). If that wasn't enough, Dragoon also has a built-in omni-negate to make it even harder to deal with.

The Dark Magician deck has a few ways of summoning Dragoon. It can Fusion summon it directly, either with Secrets of Dark Magic, its in-archetype Fusion spell, or with Red-Eyes Fusion, sending a Dark Magician and a Red-Eyes Black Dragon from the deck to Grave. The latter also has the useful benefit of making Eternal Soul live.

You can also use TImaeus the United Dragon to make a quick Dragoon, if you already control a Dark Magician or have one in your hand. It can Special Summon itself by discarding a Spelllcaster or a spell/trap that lists Dark Magician in its text, and then it acts as a Polymerization while on the field.

When you want to clear an opponent's board and go for game, using Dragoon alongside an Ebon Illusion Magician gives you exactly 8,000 attack on board if you use Ebon Illusion's effect to Special Summon a Dark Magician.

The above-end boards may seem hard to make, since they require access to lots of different spell/traps and monster fodder, but fortunately, the Dark Magician deck contains lots of impressive support cards that both generate card advantage and search out your key pieces. The most basic example of this is Magician's Rod, which, when Normal Summoned, can search any spell/trap with Dark Magician in its text – this includes both Eternal Soul and Dark Magical Circle, as well as Secrets of Dark Magic.

Perhaps the best way of bolstering your hand in this deck is with Soul Servant, a spell card that allows you to move any Dark Magician-related card in your deck to the top of your deck. This doesn't sound like much in itself, but it synergises well with Dark Magical Circle and draw cards such as Pot of Extravagance that sometimes feature in the deck.

You can use Magicians' Souls to send this Dark Magician Girl (or any level six or higher Spellcaster) from your deck to the Graveyard, upon which you can either Special Summon Souls, a Dark Magician or Dark Magician Girl, from your Grave. Souls can also give you draw power if you have spare spell/traps to discard.

Getting ahold of Souls is easy too, through Illusion of Chaos, whose hand effect can search for any monster that references Dark Magician. Coupled with the fact that you can search Illusion of Chaos with Preparation of Rites – since it's a level seven Ritual monster -, you have many ways of building up your hand and accessing the cards you need. 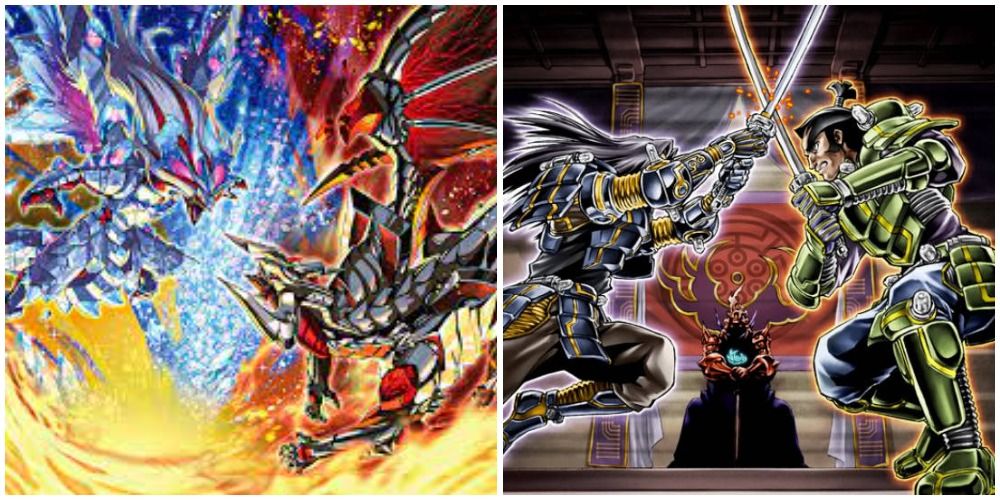 Dark Magician functions very well as a self-contained archetype that consistently sets up its end board and has a surprisingly versatile set of gameplay options. It works well alongside cards that complement its control mechanics, such as Solemn Judgment. Since it primarily features Dark Spellcasters, the deck plays well around a number of popular floodgates; you can run both Gozen Match and Summon Limit without hampering your own play too much.

Many other small engines work well with Dark Magician. You can run Secret Village of the Spellcasters alongside Terraforming and Metaverse if you wish, since in a pinch the latter two can be used to search out Magician's Salvation to get you Eternal Soul. You'll also find that you rarely need to use up your entire Extra Deck, so a Dogmatika engine can slide into the deck very naturally alongside a number of targets for Dogmatika Punishment. Branded Fusion is also a very solid option if you're looking for something more meta-worthy.

Finally, playing Instant Fusion is a good, if inconsistent, way of protecting yourself from hand traps through Millennium-Eyes Restrict. And if you're feeling like dosing up on some old-school nostalgia, you can play Time Wizard of Tomorrow as an explosive Instant Fusion target as well.