YouVue is coming out of stealth mode to launch a first-of-its kind 3D sharing platform that will provide immersive viewing on any device, anywhere.

Unlike other 3D offerings, YouVue streams lifelike, photorealistic experiences from any 3D media source (even over limited bandwidth) to be consumed on everyday mobile devices.

All solutions to date have been housed in closed ecosystems. But YouVue unlocks the potential of AR/VR by making premium 3D media accessible and freely available to everyone no matter what device you are using, including the smartphones in your hands, said Joe Mikhail, CEO of YouVue, in an interview with VentureBeat.

Immersive 3D content is growing fast. As a result, consumers and producers of media alike are excited about 3D, but until now, 3D experiences have only been available on high-end devices or in certain venues, Mikhail said. 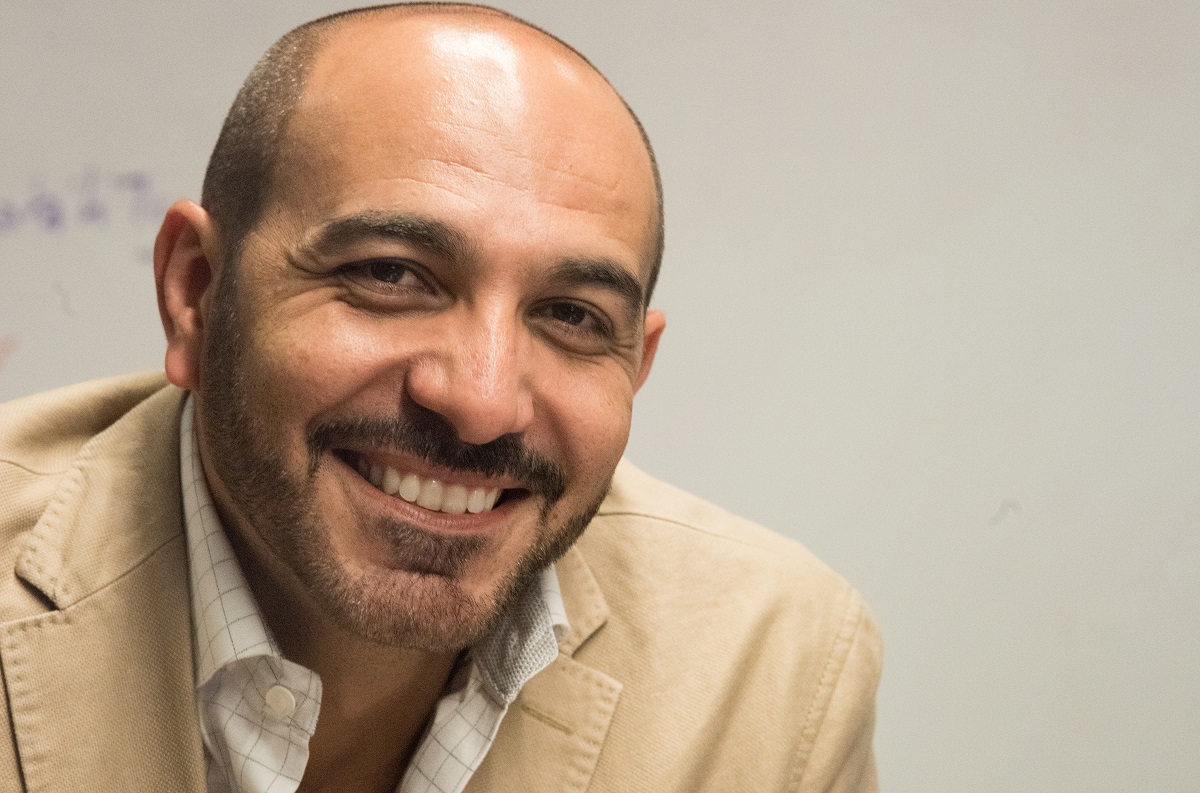 Above: Joe Mikhail, CEO of YouVue

Conrad Burke, vice president of New Ventures, ISF Incubator at Intellectual Ventures, said in a statement that as innovation in 3D picks up, the industry will face technical hurdles to delivering quality 3D experiences for the mainstream. He said that it takes visionaries like Joe Mikhail and the team at YouVue to solve the hard tech problems of bringing 3D experiences life.

Before founding YouVue as CEO, Mikhail was the chief revenue officer at Meta, one of well-financed augmented reality startups that ultimately went under. He joined Meta from Lenovo, where he identified cool technologies and established strategic equity investments as the head of worldwide open innovation. In addition to driving corporate incubation, technology spin-outs and corporate venture capital (CVC) programs, Mikhail is an entrepreneur who has founded and directed several software startups.

“Within AR and VR, we are an immersive 3D sharing platform,” Mikhail said. “We enable mass distribution of photorealistic immersive media to be consumed on any device. We really shine on the high end of that kind of media. So we’re talking about immersive content that is about 17 gigabytes or so. A few million polygons to really high quality really immersive scale for automotive.”

YouVue’s platform will enable immersive applications that don’t consumer a ton of computing and memory, Mikhail said. “That means we don’t have to compromise quality So basically, if you look at the lower content on your iPhone or Android devices, you’re lowering the polygon count. You’re lowering the resolution and you’re compromising quality. If you view things on a high-end GPU and full computer, our infrastructure is not built for that. Where we come in is take that high-end quality content, put it in the cloud, and deliver it to any device.”

“We bring an experience that otherwise is not possible on these lightweight devices like smartphones,” Mikhail said. “We’re bringing those millions of polygons on devices that can only handle, typically, a couple of hundred polygons.”

Other rival technologies use compression to try to deliver better-quality imagery over the networks.

“What we do is we take a completely radical new view. We know what the users are looking at. We have spatial awareness. We do what we call foveated streaming, our secret sauce,” Mikhail said. “We only need to stream what’s relevant to the user at that given point from that vantage point. And as long as we are responsive enough, that as they move, we stay ahead with them, so it’s low latency.”

It’s not unlike “foveated rendering,” which renders a VR scene efficiently, so that it animates only the parts that you are directly looking at, and blurs out the parts that are on the periphery.

“Ours is the same in principle, but radically different in practice because foliated rendering is used to optimize compute and power consumption on the device,” Mikhail said. “It just pulls out the entire content on that device. And then it says, Why don’t we render everything. We take the rendering and put it on the cloud. We drive more horsepower to the device. I don’t have to download everything, every instant. We do the foveated streaming.”

A 7-gigabyte 3D model can be efficiently rendered in the cloud and then streamed to a bunch of devices, and it only takes a couple of hundred megabytes in memory with no need to use the GPU computing power on the device, Mikhail said.

“Again a completely different experience,” he said. “We provide instant viewing. We can do things in a couple of seconds, like switching from one 3D model to another, instead of three to five minutes to download. We are enabling a new set of consumer experiences.”

The company has a working prototype today. The company is targeting the platform to run on iOS, Android, HoloLens, Oculus, HTC Vive, MacOS, and Windows.

“From a market perspective, we’re a service, not a technology play,” Mikhail said. “We see benefits in education, healthcare, design, engineering, architecture, entertainment, and retail. But fundamentally, I think the low hanging fruit is retail, where the brands are already having consumer facing content and want to reach a mass audience which we can bring, basically bring the store to the consumer, or we bring into the showroom to the consumer. That’s our go to market strategy, but that doesn’t mean we can’t serve other use cases.”

The company has 15 employees and it has raised $5.5 million. Mikhail started the company a couple of years ago, and it uses 36 patents from Intellectual Ventures.