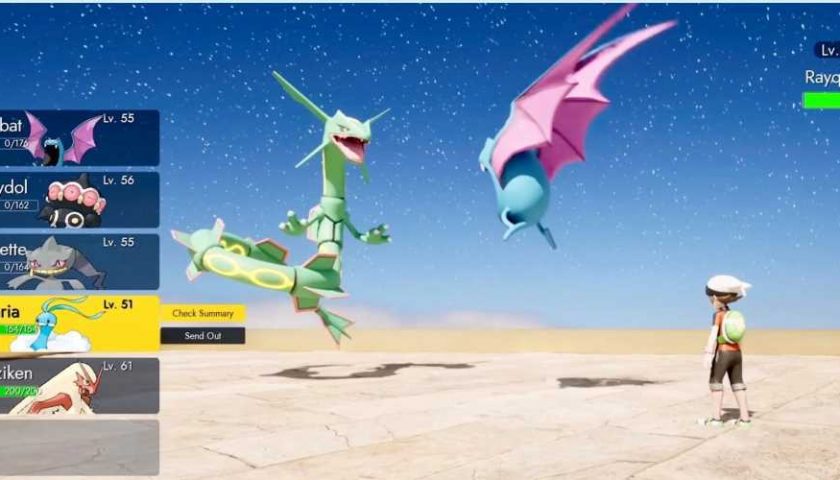 Game developer and YouTuber ArcSin Jesse has played Pokemon Scarlet & Violet and like many he happened to enjoy the game, but also like many he found the title's graphics somewhat of a disappointment. But unlike many he took matters into his own hands and decided to remake Pokemon.

While he didn't decide to remake Pokemon Scarlet & Violet exactly, he eventually settled on remaking Sky Pillar from Pokemon Omega Ruby and Alpha Sapphire. These games are the 2014 remakes of the 2002 Game Boy Advance titles, and launched on the 3DS, just to remind readers, while Sky Pillar is a building found in the game. Jesse decided to recreate a battle from the game in Unreal Engine 5.

The YouTuber broke down how he made the character models, elaborating some of the processes he went through in programming, and aspects of design that is particular to the Pokemon games. There were obstacles and challenges along the way, as can be expected, but the final results look clean and impressive, especially as the developer only took three weeks singlehandely to create his remake.

This included the actual Sky Pillar environment and here Epic's game engine tools showed its abilities while the true credit has to go ArcSin Jesse, especially as the original games on which the location is based are in 2D meaning the developer had to interpret how the environment would look in three dimensional space.

The final four minutes or so of the video shows ArcSin Jesse's creation, with gameplay as the character battles in the cave-like construction before heading to a more open level where we see the likes of Blaziken and Golbat do battle with Rayquaza.

Commentors under ArcSin Jesse's videos were very impressed with the creator's work with many expressing their surprise and admiration at the fact the developer spent only three weeks on the project with the final results. All in all, it's a neat video with some insight into what goes into making games work and that's always appreciated since players often don't get to see behind the curtains even if this is a remake and not an actual Pokemon title.