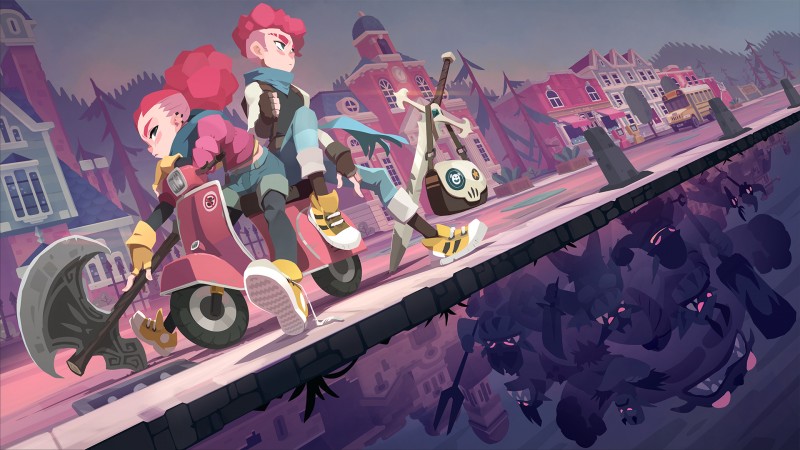 Young Souls was a rare Stadia timed-exclusive that launched last August and impressed us with its entertaining blend of beat-em-up combat and run-based dungeon crawling. Curious players on other platforms had to endure a lengthy delay to try the game themselves, but Young Souls finally has a console and PC release date, and it’s just over a week from now.

On March 10, you can play Young Souls on PlayStation 4, Xbox One, Switch, and PC. The game stars two orphaned twins living in a small town that must rescue their adoptive father after an underground goblin kingdom kidnaps him. Either alone or with one other player, you’ll brawl your way through dungeons using your fists or outfitted with a variety of weapons and armor. Playing alone manages to be just as enjoyable thanks to a smart tag-team mechanic that lets you instantly swap between each sibling to chain combos and preserve health. The new trailer below provides a full breakdown of the game’s features.

I scored Young Souls an 8.5 out of 10, describing it as “an exceptional adventure you shouldn’t miss if you’re searching for the next great game to tackle with a friend or want a quality RPG brawler to dig into alone.” You can read my full review here.