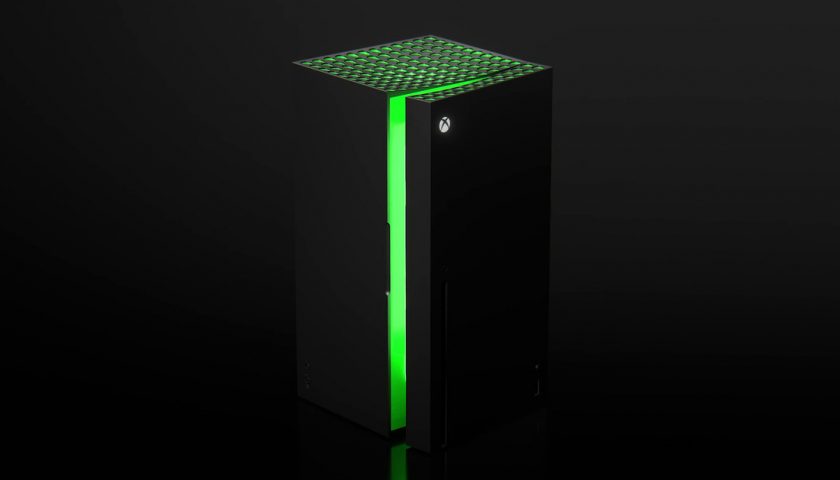 The meme is real: An Xbox Series X-shaped mini fridge will be available to buy this holiday season, Microsoft announced Sunday during its E3 2021 showcase — a second “one more thing” surprise at the very end of the event.

Complete with an interior in the Xbox shade of green, the device is “powered” by the “Xbox Velocity Cooling Architecture,” according to its reveal trailer. As for its capacity, the dorm-room appliance appears to be capable of holding 10 12-ounce cans of beer, soda, or your beverage of choice. There’s no word yet on pricing. The marketing tagline, though? “Xbox and chill,” of course.

With Sunday’s announcement, Microsoft is following through on a pledge it made in early April, after Xbox edged out Skittles in a bracket of brands run by the Twitter Marketing account. “Now that @Xbox won, we will move forward on our promise to make those Xbox Series X Mini Fridges,” said Aaron Greenberg, general manager of games marketing at Xbox, on Twitter. (For the second time in this story, we have to say: No, seriously.)

In case you’re wondering what the heck this is all about, it dates back to the December 2019 reveal of the Xbox Series X. The immediate social media reaction to the design — a tall, monolithic rectangular box in a dark gray color — was that it looked not unlike a refrigerator. Microsoft itself embraced the refrigerator memes in March 2020, when it detailed the console’s dimensions and hardware specifications:

In fact, Microsoft already produced full-size Xbox Series X refrigerators ahead of the console’s November launch. However, those units were made for promotional giveaways, with recipients including celebrities such as Snoop Dogg.