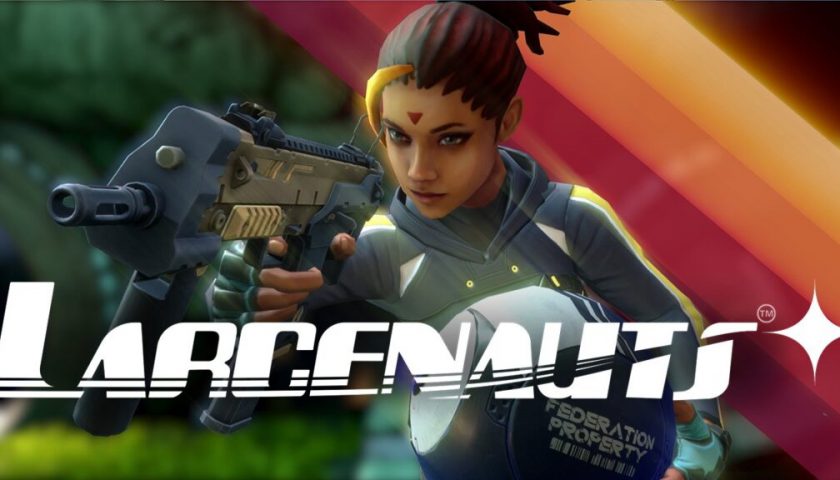 At the beginning of the month, Farpoint developer Impulse Gear revealed its next virtual reality (VR) title, a cross-platform multiplayer shooter called Larcenauts. Coming to Oculus Quest/Rift and SteamVR, the studio has so far said the launch is slated for ‘Summer 2021’. However, the Oculus App indicates a far more specific release date in June.

The Oculus App is a great way to remotely install VR games and apps on your Oculus Quest, plus just like the desktop online store, it shows you what’s to come in the Coming Soon section. But the app can sometimes provide a little more information. In the case of Larcenauts, a release date for 17th June 2021 is listed. That would put the videogame exactly four weeks out.

While online retailers such as Amazon quite often put placeholder dates and prices – or sometimes completely leak launch info – data on the Oculus App tends to remain entirely accurate. So if you’ve liked the look of Larcenauts then you could be playing it fairly soon, on Oculus Quest at least. As for the Steam version, VRFocus would assume that’s the same date as well considering Larcenauts was due to hit all supported platforms. Kind of important for player numbers as it’ll be a PvP, multiplayer-only experience.

Continuing a trend for fast-paced, team-based shooters Larcenauts will see players compete in 6v6 matches where they can choose from eight specialists to fight it out across several game modes. These offer players various character classes, whether they prefer a tank with plenty of defence, a sneaky sniper or an explosive grenadier. As experience is gained they’ll be able to customise loadouts to further finesse their characters as well as improving skills through Power Slates.

To ensure the action stays fluid and exciting Larcenauts‘ gmae modes will include the capture-the-flag-style DroneHack, the territory defending Refuel and some classic Deathmatch action. These will all play out across four maps Relay, Excavation; Blight, and Hazardpay.

If you are buying Larcenauts om the Oculus Store Impulse Gear has confirmed it’ll support cross-buy between the two headsets. For further updates on the PvP shooter, keep reading VRFocus.