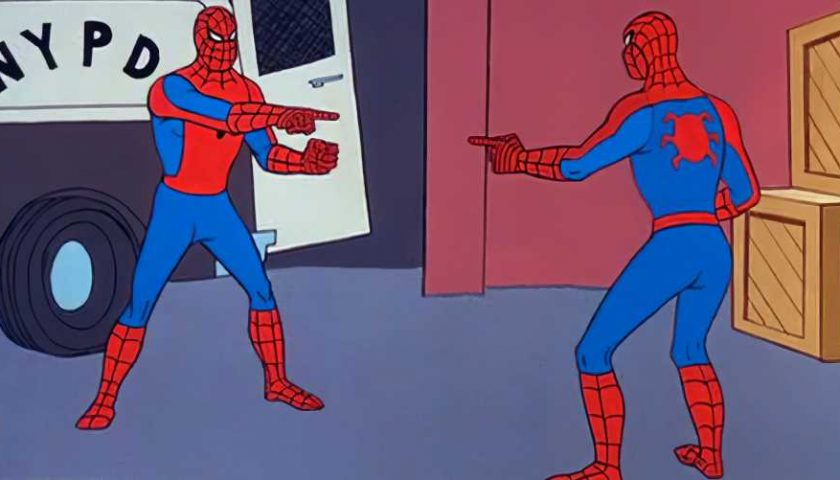 Fortnite is filled to the brim with characters from other series and franchises. Batman, Master Chief, and even Ariana Grande are part of the game which touches just about every corner of the pop culture world at this point. However, Spider-Man, who officially swung into the game to usher in Chapter 3 last weekend, might well be Fortnite's biggest acquisition yet. The face of Marvel and perhaps the most recognizable superhero ever, just in time for the arrival of No Way Home.

You can unlock the Spider-Man skin by reaching page nine of season one's Battle Pass, and then Spidey's symbiote suit on page ten. You will also be able to swing around the island using web-shooters later this week, although some players have discovered a loophole allowing them to acquire them ahead of time. If you're waiting until they officially arrive, then there is something else Spider-Man-related you can do in Fortnite to pass the time until then.

Recreate a meme. There should be one meme that immediately springs to mind when you think of Spider-Man. The one lifted from the web-slinger's animated series where two Spider-Men are pointing at each other. Turns out the combination of Spider-Man's addition to Fortnite, anyone being able to wear his suit once they have unlocked it, and a pointing emote means the meme can be brought to life in Fortnite.

As you can see courtesy of ludiqpich198 in the Reddit post above, the meme can not only be recreated but also include more than just two Spider-Men. They've gone for three, and it looks great. Now begins the competition to recreate the meme using as many Spideys as possible. Four should be a synch as you can do so in Squads. More than that might be tricky as you'll need to recruit enemies or do so in another mode such as Creative or Team Rumble.

Fortnite's take on Spider-Man has been widely praised so far. The swinging mechanic is pretty great and better than the one you use to traverse Marvel's Avengers in the eyes of quite a few people who have played both games. You can also use Fortnite's Spider-Man on any platform, not just PlayStation.