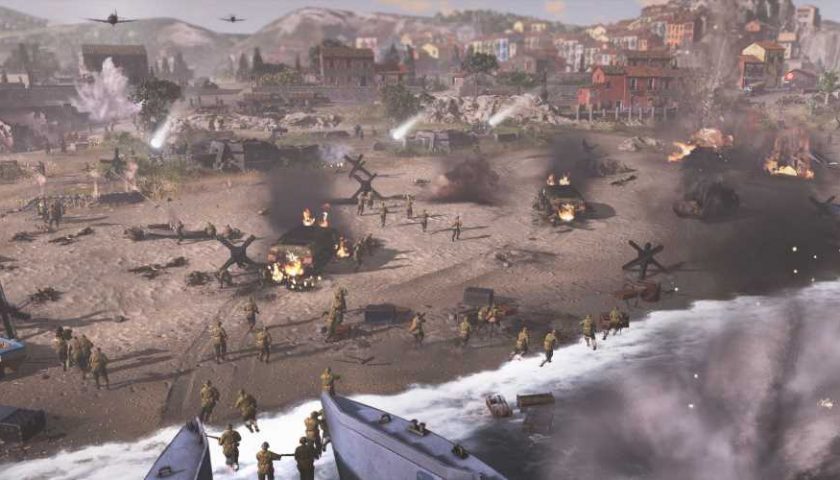 It'll still be some time before we see Company of Heroes 3 in its completed form, but today marks a major milestone in the game's development. Relic's latest entry into the storied franchise brings players to Sicily with a free, open-access multiplayer pre-alpha test today starting at 9 AM PST.

Relic is calling this an "early first look" at Company of Heroes 3 gameplay. You can play against AI or human opponents starting today at 9 AM PST and running until December 6 at 8 PM PST. Players can choose between US and Wehrmacht forces with limited Battlegroup options, although more factions and Battlegroups are still in development.

In fact, there's a lot of the game still in development. The point of this early-alpha test is to solicit feedback on unit balance and completed game features, so there's a very limited selection of game modes, maps, and factions to choose from. There will be only four maps (one 1v1 and three 2v2 maps), only two game modes (Victory and Annihilation), and only custom games and automatch games will be available to play (there are no tutorial or campaign missions available yet). Relic also admits there's a lot of things yet to be finished, from more maps, units, animations, and even some UI elements.

And last but not least, we have some hardware recommendations to share. Keep in mind this is just for the pre-alpha and are subject to change as Relic gets feedback on game performance.