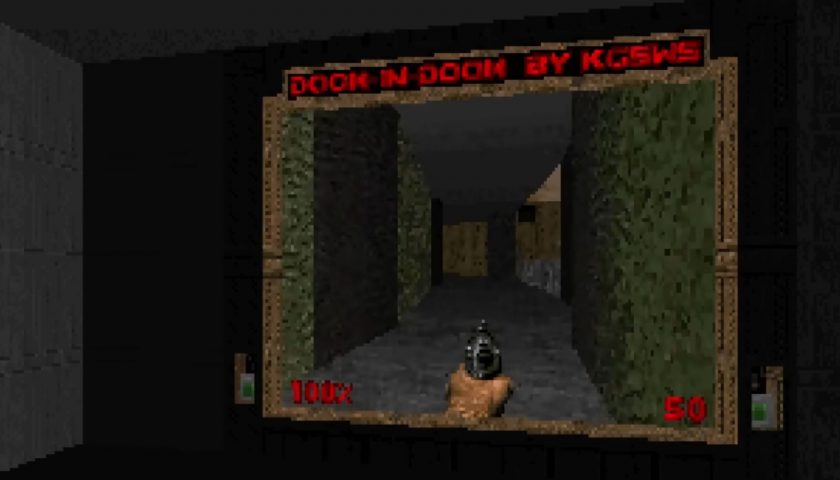 Over the past few years, dedicated Doom fans have got the game running on pretty much anything you can imagine. Forget playing Skyrim on your smart fridge, go play Doom on a Lego brick. Better yet, go and play Doom on Twitter, or even on a calculator powered by a bunch of potatoes. However, the meme has now reached what must surely be its pinnacle, as YouTuber kgsws has managed to get Doom running inside of Doom itself.

In a very detailed video uploaded to their YouTube channel (thanks, PCGamesN), kgsws reveals that an exploit has allowed them to use code executions within the original DOS-based Doom 2. I won't try to explain (or even understand) the entire video, but it's embedded down below for those that are more interested in coding and hacking in general. The more fun stuff comes later in the video.

As you can see in the video just before the 10-minute mark, kgsws has built themselves a lovely little movie theatre to play Doom in, showcasing the creator's other projects on the wall. As they enter the room, Doom is running on the big screen, with a button to dim the light and even a teleporter that gives you the option to jump in and out of whichever Doom you want to play. Kgsws has even managed to get Heretic running in Doom as well, just to show off that little bit more.

If you want to play Doom inside Doom, kgsws has made all the things you need available on his Github, but you'll also need to purchase the DOS-based version of Doom 2 on Steam or GOG. All you need to do after that is to copy the kgdid.wad file into the directory containing doom2.exe and run it in DOSBox with doom2 -file kgdid.wad. Then you can play Doom in Doom as much as you like, and hopefully, the experience will be meta enough for your tastes.