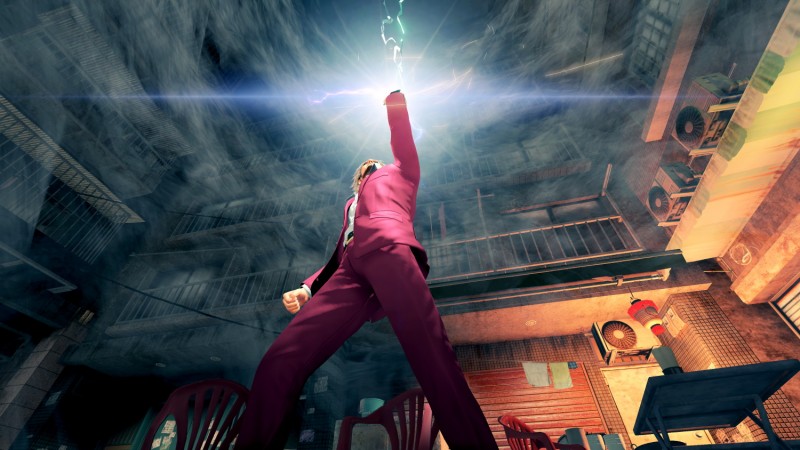 Following the reveal of Lost Judgment, an interview with Ryu Ga Gotoku Studio director Toshihiro Nagoshi and producer Kazuki Hosokawa has surfaced on IGN. Lost Judgment brings Ryu Ga Gotoku back to its action-combat roots, leaving many fans to wonder if that meant the Yakuza series would also return to that style following last year’s Yakuza: Like a Dragon.

Speaking to IGN, Nagoshi and Hosokawa confirmed that the Judgment series will carry on the studio’s action style of gameplay, while Yakuza will continue to evolve as a turn-based RPG. “The Yakuza series has been transformed into a turn-based RPG,” they told IGN. “On the other hand, over the years, Ryu Ga Gotoku Studio has accumulated resources and know-how of making flashy and exhilarating action games that are effortless to enjoy. We decided that we should let our signature action gameplay live on through Lost Judgment.”

Romain Mahut of GameBlog was in attendance at a virtual “Judgment Day” event that followed the Lost Judgment reveal and asked if the studio considered using turn-based combat similar to that of Yakuza: Like a Dragon for Lost Judgment. “For Yakuza: Like a Dragon, we changed the game’s battle system from action into a turn-based RPG,” Nagoshi said in response. “This was a huge challenge for us, but it was well-received, which we were thrilled to hear. We did discuss the possibility of developing that battle system further for our next title, and while we may pursue the turn-based system even outside the Yakuza series, the conclusion we ended up at was that because this is a different series, the best approach would be to keep them separate and refine what makes each series great. It’s my hope that our customers feel the same way we do. That’s why we chose ‘action’ as an important keyword for the Judgment series.

Nagoshi also said on the Judgment Day video he believes that, when possible, a simultaneous global launch is “the right way to go” and that the team has “determined to make every effort to support this for all [its] games moving forward.” This is significant as the Yakuza series has a long tradition of Western versions releasing years after the Japanese version. Following the success of Yakuza 0 in the West, the release windows have narrowed, but Yakuza: Like a Dragon, which debuted last year, still had a 10-month gap between the Japanese and worldwide releases.

Yakuza: Like a Dragon is available now on PlayStation 5, Xbox Series X/S, PlayStation 4, Xbox One, and PC, while Lost Judgment comes to PlayStation 5, Xbox Series X/S, PlayStation 4, and Xbox One on September 24. For more on what we thought about Yakuza: Like a Dragon, check out our review here. For more on the history of the Yakuza series, read our retrospective featuring interviews with Nagoshi and other members of the team here. For more information on Nagoshi’s career, you can read our profile on him here.