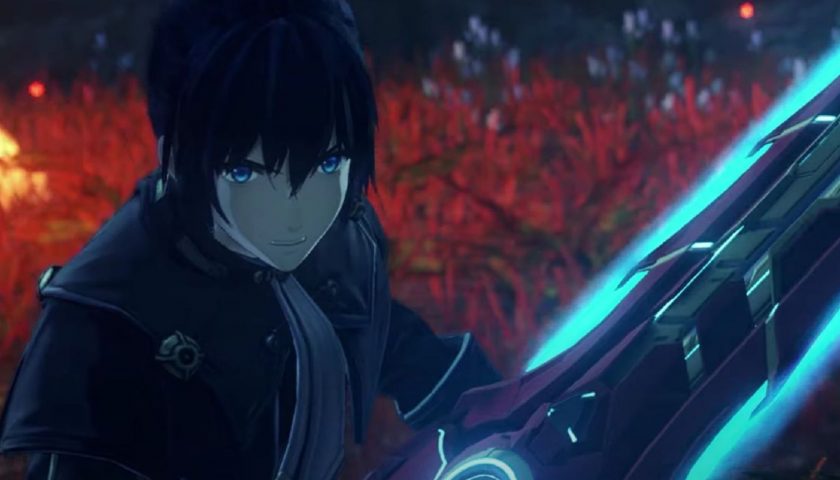 The game is an open world RPG and the story will connect the futures of the two worlds from the previous entries in the series. Featuring two protagonists, Noah and Mio. They're both off-seers from warring lands, soldiers who mourn the passing of their comrades by playing special flutes.

Xenoblade Chronicles 3 tells the tale of two warring factions, Keves and Agnus. As well as the protagonists, you'll be joined by two other characters from each region. You'll be able to battle with up to seven characters – the six in your party as well as others you'll meet on your travels.

As the new trailer shows, battles will take place directly on the field, integrating seamlessly with exploration. You'll be able to change and customise each party member's class to best suit your playstyle and plan ahead for tough fights.

The trailer also shows the two protagonists Noah and Mio fusing together to form a more powerful being. Some dialogue alludes to them being able to hear each others thoughts and experience their feelings.

These are known as tag-team pairs and is part of the new interlink system. there are three of these pairs: Noah and Mio, Lanz and Sena, and Eunie and Taion. When certain conditions are met they will combine into an Ouroboros,each with its own unique and powerful moveset. Timing these transformations will be key to winning hard battles.

There is also a collector's edition of the game that you can buy. It contains package artwork from Masatsugu Saito, a full-colour, hardcover concept art book with over 250 pages, and a steel case for the game card.

It's far more unusual to get the news a game is being brought forward, especially in recent years where the Covid-19 pandemic has been causing delays in all industries and walks of life, so it's great to see a game being released early.