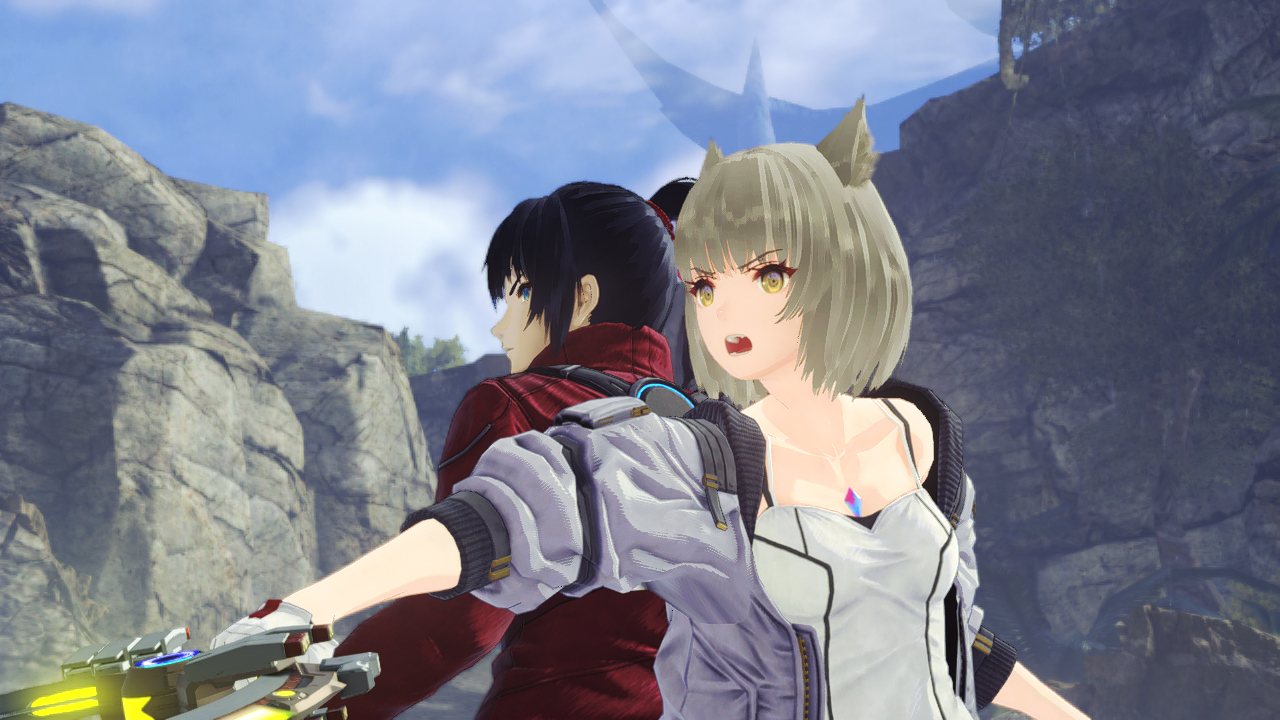 GameCentral goes hands-on with the opening hours of Xenoblade Chronicles 3 and discovers the first secrets about its plot and combat system.

It’s peculiar how Xenoblade Chronicles started out as a relatively niche role-player that flew under a lot of peoples’ radar. Released as the Nintendo Wii was nearing the end of its lifecycle, it originally wasn’t even considered for an American release and was only available in Japan and Europe. American audiences had to beg for a localisation from Nintendo (along with The Last Story and Pandora’s Tower), resulting in the Operation Rainfall fan campaign.

Much like its heroes, Xenoblade Chronicles defied its fate and has now become a major Nintendo franchise. The one downside to its ever-growing popularity is that it now has much larger expectations to meet. Given developer Monolith Soft’s track record, however, there is little reason to be concerned over Xenoblade Chronicles 3’s quality, especially after we got to play its opening hours for ourselves.

In many respects, Xenoblade Chronicles 3 feels very familiar. While not identical to its predecessor, its combat, at its core, is very similar to Xenoblade Chronicles 2. Your party attacks enemies automatically, in real-time, while special moves known as Arts require only a single button press once charged. You only directly control one character at a time, while your allies are handled by the computer. So, established fans don’t need to worry about adjusting to a completely new combat system.

However, Monolith Soft has gone out of its way to make Xenoblade Chronicles 3 more welcoming to newcomers. The game’s advertising is already adamant that it will be a good jumping on point for new players, when it comes to the story, but this extends to the combat too. Tutorials are brief but clear and won’t let you progress until you meet the conditions they lay out for you. If you still don’t understand a certain mechanic, there’s an extensive menu that saves every tutorial, and you can replay them as many times as you want.

Some of these tutorials can feel a little hand-holdy, (the game won’t let you play as anyone else but main protagonist Noah for the majority of the first chapter, for instance), but it’s a welcome change from how Xenoblade Chronicles 2 handled it. Its tutorials were frankly awful, and you weren’t able to review them afterwards either, resulting in some players dropping the game early because they couldn’t figure out how combat worked. Monolith Soft clearly took those critiques to heart.

There are also additional quality-of-life features that returning fans will appreciate. For example, colour-coded lines make it more apparent who’s being targeted for attacks and you can switch control to another party member mid-fight so, if you die, you aren’t stuck waiting for an ally to come revive you (although they always seemed very responsive on that front).

That’s not to say battles are any easier now. Well, they can be, since you can change the game’s difficulty at any point, but even on the standard difficulty fights can get hectic. Xenoblade Chronicles combat has always required multitasking, with you needing to manage which enemies are attacking who, the party’s health, and more – and it only becomes more chaotic the more enemies there are.

It can be easy to lose track of which enemy you’re targeting even with a cursor hovering over their head, thanks to all the damage numbers and effect names that pop up (that said, there’s options to turn the numbers off).

The user interface is shockingly sparse compared to previous games, but we already know from the trailers that more will be added to it as you progress. The point is, while Monolith Soft is doing everything it can to be welcoming to newbies, it hasn’t stripped down the combat for the sake of appealing to a casual market. If anything, it’s gone in the opposite direction.

Battles are so much bigger this time around, since you have upwards of six party members taking part at once. Sometimes more than that if you encounter optional skirmishes, where you jump into a fight between two enemy factions and assist one of them. This almost sounds like a recipe for disaster, where fights always feel one-sided in your favour, but while things can be overly chaotic, we never felt like there was an imbalance.

Just because there’s six of you, single enemies can still pose a threat if you’re not paying attention or are too under-levelled. Plus, we didn’t notice any drops in performance even during the busier fights, so no need to worry about choppy frame rates like Hyrule Warriors: Age Of Calamity suffered from.

We can’t say too much about the two major new additions to the combat – the Ouroboros forms and the class system – since we didn’t get to spend a lot of time with either, in the section of the game we’re allowed to talk about at the moment.

The class system does appear to offer a lot of potential in how you can fully customise each party member’s playstyle (so there are no dedicated defenders or healers), whereas the Ouroboros forms (where two party members merge into a giant creature) seem to be something to fall back on if you need to deal out major damage against a single foe or use wide reaching attacks to handle a swarm of enemies.

Xenoblade Chronicles 3 seems to have been built with a ‘bigger is better’ mentality, since the world itself feels much larger this time around. Granted, the series has always had huge locations to run around and get lost in but given it also helped out with Zelda: Breath Of The Wild, Monolith Soft knows how to make giant maps that encourage exploration and don’t feel too empty.

However, we were not expecting how big the game’s opening area would be, with a war-torn battlefield, a home colony, an open rocky terrain, and dense woodland. At first, we thought we had moved between two separate maps in-between cut scenes, but all of that can be explored on foot seamlessly, with no loading screens segmenting them. It’s impressive and feels like it’s setting a precedent for the rest of the game.

While it’s far too early to offer any real critique of the story, we were surprised to find that, from the get-go, Xenoblade Chronicles 3 aims to tell a more mature tale than we’ve seen in the series so far. The previous games weren’t exactly sunshine and rainbows but Xenoblade Chronicles 3’s setting of Aionios is one ravaged by a seemingly never-ending war between the rival nations of Keves and Agnus.

Your tutorial battles take place in a warzone, your starting enemies being human soldiers rather than a random crab monster or faceless machines, and it ends bittersweetly with the winning side celebrating amidst a field strewn with corpses.

Things are far more melancholy this time around, with all the soldiers you encounter effectively being child soldiers artificially grown in pods, raised for the sole purpose of fighting, and given only 10 years (or terms as they’re called here) to live. As such, to die a natural death becomes an aspiration.

That’s not to say there’s no levity or humour, but the wacky antics and pratfalls of Xenoblade Chronicles 2 are nowhere to be found. How seriously you’ll take all of it will depend on how much of the slightly hokey British voice acting you’re willing to put up with, though. While its arguably part of the series’ charm at this point, it remains the most Marmite element. If you didn’t like it in the previous games, you won’t like it here.

While there’s far more to experience, we have little reason to believe Xenoblade Chronicles 3 will be anything less than another success story for Nintendo and Monolith Soft. It’s already a major improvement over Xenoblade Chronicles 2 for its newcomer friendly tutorials, but we’ll need to wait and see to find out how much its story, world, and characters will resonate with players (we suspect bird girl Eunie will be a fan favourite, for her cockney accent alone).

There’s enough familiar iconography that strongly suggests the worlds of the first two games have merged somehow, and we encountered one character named Vandham, who happens to share the same name and voice actor as a Xenoblade Chronicles 2 character. Whether some sort of merging has happened or this is a separate universe entirely, that’s just referencing the previous games, is one of the driving questions of the plot.

You probably won’t need too much knowledge of the series to understand the plot (we highly doubt Shulk and Rex are going to walk through a portal, Avengers: Endgame style, during the final boss) but, whatever happens, Xenoblade Chronicles 3 looks set to be precisely what old fans want from a sequel and what newcomers need to get into the series.