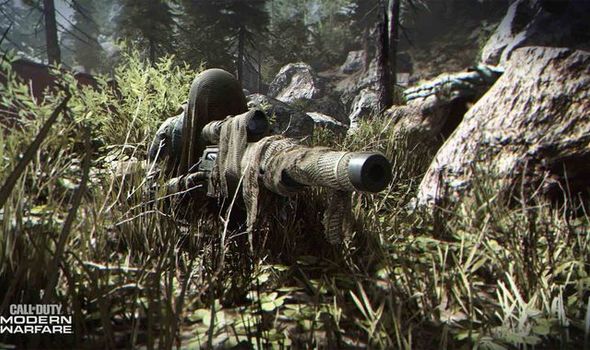 GAME is slashing the price on Xbox One X bundles in the run-up to Black Friday and Christmas.

The retailer is offering a limited edition version of the console with Call of Duty: Modern Warfare, Gears 5, Far Cry: New Dawn and the previous Gears of War titles for just £369 – a saving of over £160 if purchased separately.

There’s even a two-month pass for NowTV included valued at £18. The console on its own isn’t often seen below £400, and the Call of Duty: Modern Warfare game, which launched just last week, normally retails for £50, so shoppers are getting incredible value for money with this bundle.

This limited edition version of the console features the standard 1TB hard drive but has a stunning Gears 5-inspired design, with the series’ famous “Omen” logo visible under what looks like a sheet of ice.

Call of Duty: Modern Warfare has received impressive review scores already, despite only being officially released for less than a week. Express Online really enjoyed Far Cry: New Dawn, which is also featured in the bundle deal.

The Xbox One X not only plays games in 4K, but it also offers 4K Blu-Ray playback, and includes 1-Month of Xbox Live Gold and Xbox Game Pass – so you can play with your friends and download over 100 games right out of the box.

If you’ve already got an Xbox One X and are looking for the cheapest way to get Call of Duty, you can also get £15 off of the price of the game with this deal from TopCashback – bringing the title down to just £34.99.

Simply sign up for a new TopCashback account and order any version of Modern Warfare through GAME to automatically receive £15 cashback from your purchase.

This article contains affiliate links, we may receive a commission on any sales we generate from it. Learn more