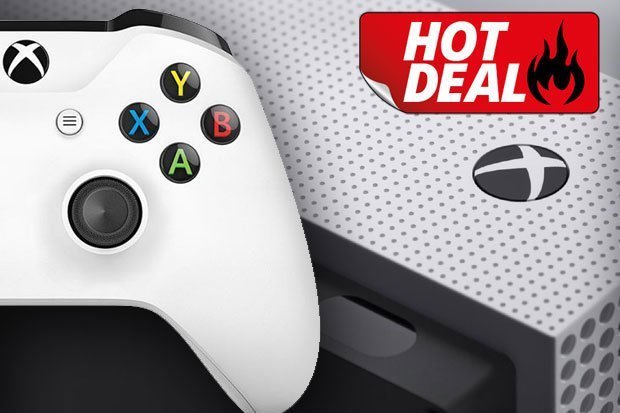 Microsoft fans can breathe easy: we’ve spotted an Xbox deal worth parting with your hard-earned cash for.

The Xbox One family of consoles have been steadily coming down in price over the last few years, but now we’ve got a real shiner of a deal for you courtesy of Amazon Spain (initially spotted by the great folks over at HotUKDeals).

The deal – which features an Xbox One S 1TB Minecraft Complete Collection + Gears of War 4 can be yours for a phenomenal £158!

Using a Fee Free card via Amazon Spain, you can pick you the console that would otherwise set you back by £209 on the Amazon UK store!

You can access the deal on the Amazon Spain page.

What is an Xbox One S?

The Xbox One S is a 40% smaller, more streamlined console with modern new design.

It also has High Dynamic Range technology to make games look better than ever.

The 1TB hard drive also offers more room to store all your Xbox One Games, and your Xbox 360 classics, 4K movies and apps.

Once you pick up the console, you might want to look into what games you’ll be able to get for the machine.

To that end, if you’re an Xbox Live Gold Member, Tuesdays bring a fresh batch of new discounts and offers to help your gaming budget go further.

Xbox’s Director of Programming, Larry “Major Nelson” Hyrb, has once again revealed a fresh batch of Deals with Gold discounts available to those who subscribe to Microsoft’s Xbox Live service.

If you own an Xbox One, chances are, you have a subscription. Because you need it first and foremost to play games online.

The full collection of discounts can be revealed on Major Nelson’s website by following the link.