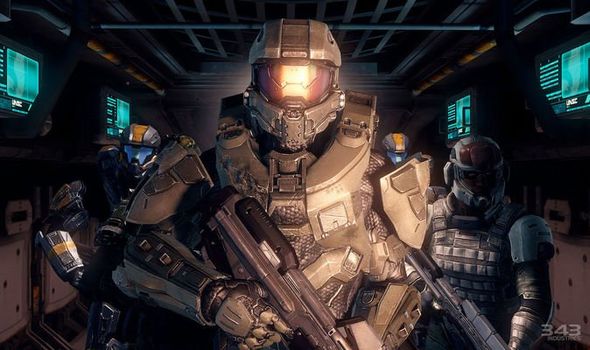 Another possible Xbox One and Nintendo Switch video game crossover could be about to happen.

The Halo account would respond by posting a GIF of Halo lead character Master Chief.

While this could be a tongue-in-cheek response that was posted in jest, it wouldn’t actually be the most surprising development in the world.

Microsoft and Nintendo cross-platform play is available in multiple games, while Xbox Live integration is coming to a select Switch releases.

This includes recently announced run-and-gun shooter Cuphead, which was a surprise announcement during the last Nintendo Direct.

Following on from the shock Nintendo Direct announcement, Microsoft would tell fans to expect more Xbox One games on Switch in the coming year.

Based on previous reports, Ori and the Blind Forest seems the most likely game to make the transition to the console.

With Nintendo getting ready to announce the remaining DLC characters for Super Smash Bros. Ultimate, perhaps Master Chief isn’t such a far-fetched idea, after all.

The news comes as Super Smash Bros. Ultimate gets another new update on Switch.

As you can see from the patch notes below, the update primarily adds support for new amiibo figures like Ken and Daisy.

• The latest software version is required to enter Online mode.

• Local wireless play is not compatible with Ver. 2.0.1 and earlier. All players who want to fight in local wireless battles need to make sure they have the same software version.