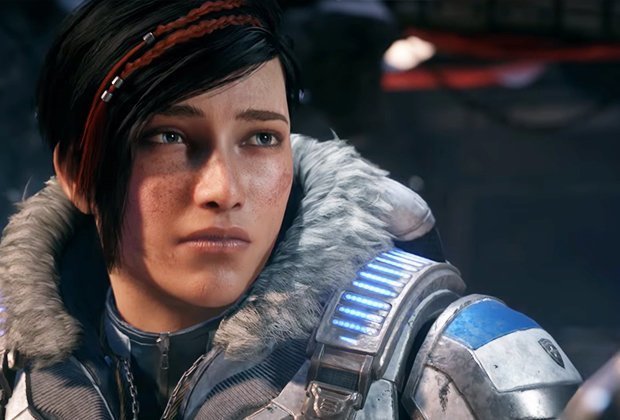 After Gears 5 emerged at E3 2018 without a specific release date, many consumers and commentators in the games industry assumed it’d come to the Xbox One at some point in 2019 – and it looks like that could be correct.

Earlier this month, we saw Gears 5 get a potential leak from a Taiwanese ratings board, noting that the title could be getting a release date on September 10 this year.

This could be true – Microsoft hasn’t confirmed or denied these claims – and we’re liable to find out more at E3 later this summer.

Gears 5 is proving a pretty leaky ship, too. This week, we saw more information surface about the game… ahead of when it seems scheduled to be released.

The information appears to be an official Microsoft document that outlines various descriptions of the game that fill out different wordcounts – the sort of thing used to fill out the information on storefronts and on apps.

The positioning statement notes: “Gears 5 is the highly-anticipated sequel for one of the most acclaimed video game franchises. Coming exclusively to Xbox One and Windows in 2019.”

The 25 word description states: “The world is crumbling and your enemies uniting. As Kait you must journey across the biggest, most beautiful Gears world to fight for what’s left.”

The 50 description is: “The world is crumbling and your enemies uniting. As Kait you must journey across the biggest, most beautiful Gears world ever to discover your family’s dark connection to the enemy and fight to save what remains of humanity.”

And finally, the 100+ word description reveals:

The world is crumbling. Humanity’s reliance on technology has become their downfall and enemies are uniting to wipe out all survivors. As Kait you must journey across the biggest, most beautiful Gears world to uncover the origins of the Locust, and fight with your squad to protect what’s left.

Never Fight Alone. Play solo or with a friend in local split-screen co-op, or online co-op. Battle alongside your friends anywhere with cross-play between Xbox One and PC.

Explore Sera. Skim across glaciers, sail over deserts and descend into sunken ruins to discover the largest and most diverse Gears world ever created.

Visual Showcase: Play every mode in 4K Ultra HD resolution with stunning HDR at a smooth 60 frames per second.

Just the Beginning: Additional features, co-op and competitive modes still to be announced.

Now, in our eyes, the most interesting bit of information there is the fact that The Coalition is still targetting 60FPS and 4K for all game modes – including multiplayer.

The write-up also suggests the game will go more open – perhaps not fully open world, but certainly a departure from the more linear levels we’ve seen in the series so far.

Think Uncharted 4 – designated levels but with open places where the player has the opportunity to go off and explore more.

It’s almost certain that we’re going to hear more about this game at E3 later this year – we’ll update you as soon as anything else is confirmed.