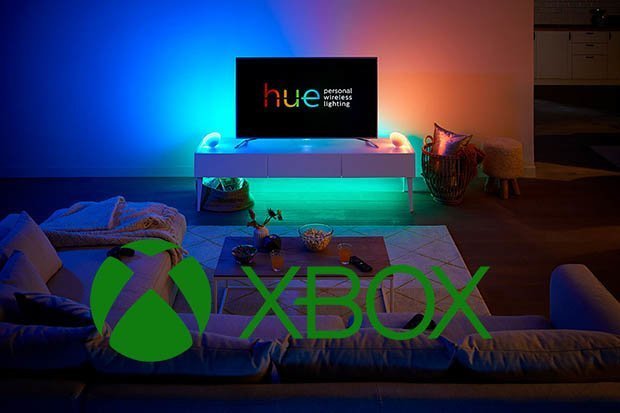 Electronics company Philips is working on making the Xbox One even smarter than before.

You’re already pretty sorted if you have an Xbox One – you can play games and use smart apps such as YouTube or Netflix.

But now Philips is working on bringing Hue, their smart lighting system, to Xbox.

Philips Hue can enhance the mood of your room by adjusting ambient light – matching the colours on your TV.

This system is already supported by PC, but Xbox has been left in the dark… so to speak.

“We are working on this, we’ll just need some time”

When the electronics company was asked if Philips Hue would ever support Xbox One, Philips said: “We’d love to make Hue Sync available on as many platforms as possible, we started with PC and Mac because we’re able to do this by ourselves, to move to other platforms we’ll need to work closely with other companies.

“We are working on this, we’ll just need some time.”

Philips explains best itself: “Philips Hue is based on ZigBee, a low-power, safe and reliable technology that works even if the Internet goes down.

“New features and improvements get added automatically so you’re always up to date.

For gamers this means there is a new dimension of “spatial immersion” by bringing “in-game environments and effects” into your room.

This is already available for PC or Mac, so presumably for Xbox it would work in a similar way.

Philips says: “Philips Hue Sync captures the in-game effects of your PC or Mac game and translates them into an immediate light script.

“No matter what you’re playing, your gaming experience will be unlike any you’ve had before.

“Philips Hue Sync captures the in-game effects of your PC or Mac game and translates them into an immediate light script.

“No matter what you’re playing, your gaming experience will be unlike any you’ve had before.”