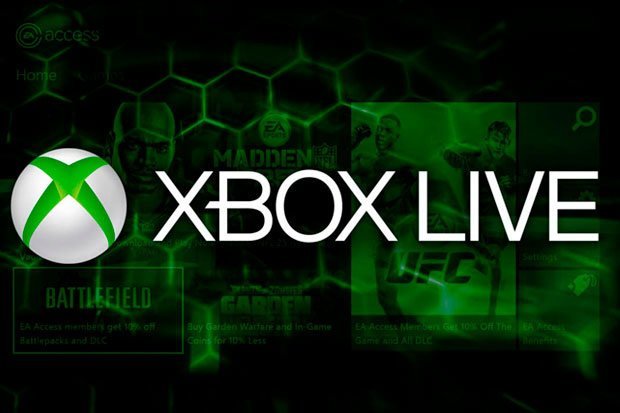 A few weeks back it was revealed that Xbox Live was coming to your Android and iOS phones and games.

At the time it was understandable to think that this would only impact those games that Microsoft produces, such as Minecraft or perhaps the new Forza game coming soon.

However, it now turns out that those fan favourite Xbox Achievements and several more Xbox Live features will also be coming via third-party developers who are jumping on board too.

That’s because earlier this week Gameloft announced that it was bringing Xbox Live to some of its most popular free mobile games, starting initially with Asphalt 9: Legends, Asphalt 8: Airborne, and Dragon Mania Legends.

A press release for the company said: “this provides gamers streamlined access to popular Xbox Live features and functionality newly available on mobile.”

What this means is that players will soon be able to unlock Xbox Achievements, view their Xbox friends list, and compare their rankings with Xbox Leaderboards

What are these games?

Asphalt 9: Legends features a top roster of real hypercars for you to drive that is unlike that found in any other game, from renowned car manufacturers like Ferrari, Porsche, Lamborghini and W Motors. You’re free to pick the dream car you need and race across spectacular locations against rival speed machines around the world. Hit the fast track and leave your limits in the dust to become a Legend of the Track!

In Asphalt 8, you’ll race in some of the hottest, most high-performance dream machines ever created, from cars to bikes, as you take them on a global tour of speed. From the blazing Nevada Desert to the tight turns of Tokyo, you’ll find a world of challenge, excitement and arcade fun on your road to the top!

Build a custom Dragon Island full of habitats and other fun stuff, and visit your friends’ islands Get to know each dragon’s individual personality as you interact with them and raise them Explore the world as you wish, conquering Gold Mines or liberating Dragolandia from the Vikings Dozens of dragon species to discover from various elemental families, each with special powers Strategic 3-on-3 battles that keep you engaged, whether you battle friends or the Viking Lords New events all the time: Complete them with friends for the most fun and the biggest prizes!

“We are thrilled to be partnering up with Microsoft to bring the Xbox Live network into Gameloft’s flagship games,” said Baudouin Corman, COO of Gameloft.

“As one of the first partners to support Xbox Live on mobile devices, we seek to provide to our community more ways to experience our games and extend their fun, while seamlessly continuing to bring console, PC and mobile together.”

The only bad news is that these updates are not yet live. The new Xbox Live updates will be coming to these three popular mobile games later this year, with more features and announcements on their way too.

That said, don’t be surprised if this continues a trend of more and more mobile games adopting Xbox live and its full suite of features in the future.

In the meantime, if you want something free to play on your Xbox One this weekend, have no fear, there’s some cracking games available to play with that Xbox Live subscription of yours.

On Xbox One, Xbox Live Gold members can download Marooners ($9.99 ERP) for free during the month of May.

Alternatively, pick up The Golf Club 2019 featuring PGA TOUR ($49.99 ERP) which will also be available as a free download from May 16th to June 15th.

On Xbox 360 (and Xbox One thanks to backwards compatibility), starting May 1st, Earth Defense Force: Insect Armageddon ($19.99 ERP) will be free for Xbox Live Gold members through May 15th.

Finally, for anyone who has forgotten that there’s always one Xbox Game with Gold which straddles each month, don’t forget to grab Outcast – Second Contact ($39.99 ERP), which will be available as a free download from April 16th to May 15th.

As always, don’t hang about, these games won’t be available forever.