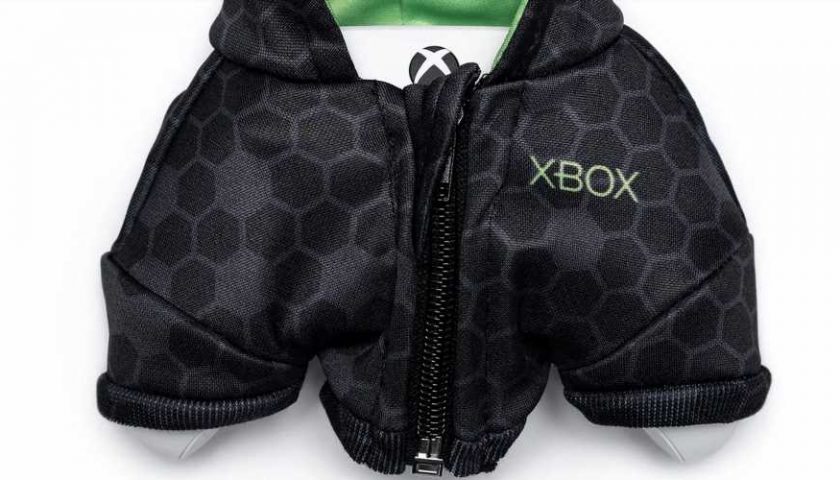 Xbox, apparently, likes producing miniature merch. It all started with the Xbox Mini Fridge, which sold out within hours and eventually got turned into a PC gaming rig. And now it continues with the Xbox Mini Controller Hoodie, which is a hoodie for your Xbox Series X|S controller.

You might be wondering why your controller would need a teeny tiny hoodie to keep itself warm. You might also be wondering how you could play a game while your controller is wearing a hoodie. These are questions with answers only known to Microsoft’s marketing department. Whatever the answers, it seems like nobody cared, because both the black and white mini controller hoodies have already sold out.

Back in the times when such hoodies were still available, they came in both black (with a hex pattern) and white (with a block pattern). They were one-size-fits-all, which is “tiny,” and cost $34.95. Deliveries are expected to be between December 15 to December 30, depending on where you live, so you might have had to make this a New Year’s gift instead of a Christmas gift.

"It's the time of year where you may want to cozy up with a nice hoodie," reads the Microsoft store page. "This winter don't let your controllers feel left out with a mini controller hoodie."

The hoodie is designed to only fit an Xbox Series X|S controller, but it looks like it could probably fit a DualSense if you undid the zipper. It’d probably also fit a small dog, cat, or possibly a chunky ferret. All of this would be more relevant if you could actually still order these tiny hoodies, which you cannot. Just like the mini fridge, the mini hoodies sold out in hours and are no longer available. We can likely expect one of these to turn up as the basis of a cool new gaming rig sometime in the next three months.

There’s also a plush Xbox Series S in existence as Microsoft used it in their latest commercial, but there’s no word on whether we’ll be able to actually buy one before Christmas.