Subscribers to Microsoft’s Xbox Game Pass service have a jam-packed few weeks ahead of them. In addition to multiple games available today, Microsoft is closing off August with a bunch of indie hits and starting off September with some heavy hitters. It’s a great time to be signed up.

Available today are both Microsoft Flight Simulator and Spiritfarer. The later is on PC and Xbox One while Flight Sim is only on PC. I don’t think an Xbox One could run the majesty that is photo-realistic aeronautics (and it seems current PCs may not even be able to).

There’s a bit too many to fit into a single paragraph, so let’s just list off the new additions. 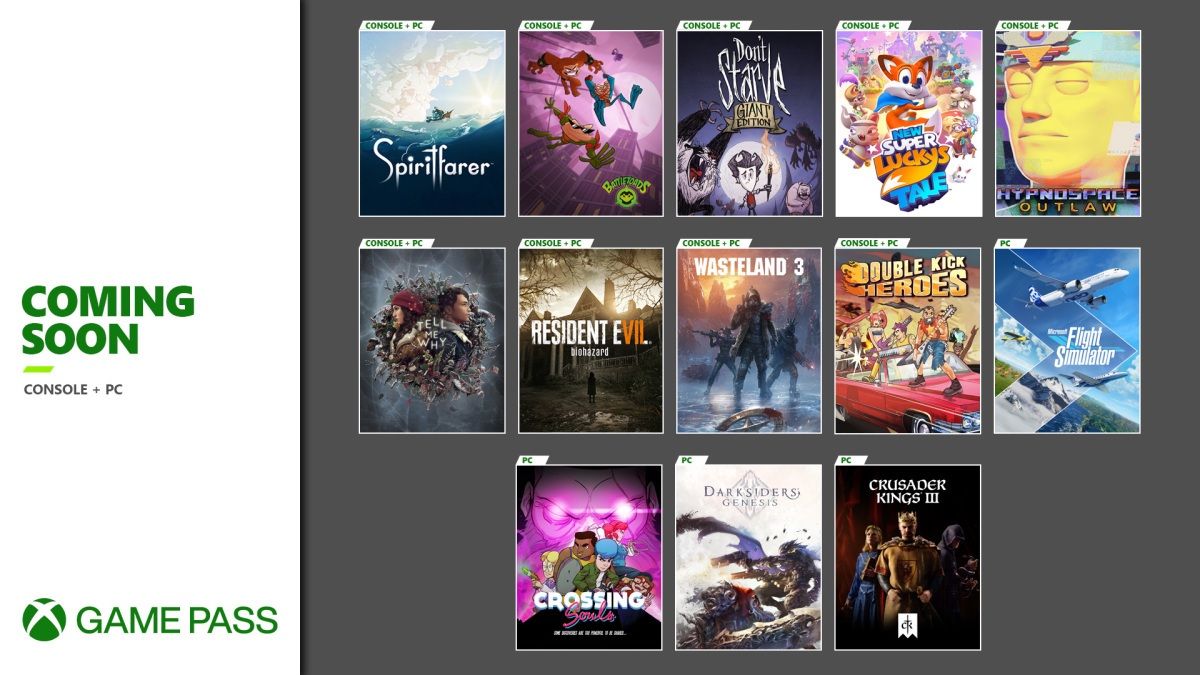 It’s great seeing Microsoft including day-and-date inclusions to Game Pass with new releases. This ensures that anyone on the fence will likely download the games without a second thought. After engaging with them for a bit, there’s a chance to turn that playtime into a sale or recommendation for a friend. Spiritfarer is a solid one to try out.

As with previous updates to the service, certain games will also be leaving to make way for new additions. This time around, there are different waves of removals. While a lot of the titles are probably not things you’ll lament, it’s surprising to see Red Dead Redemption 2 getting pulled this soon. I suppose Rockstar can’t let its cash cow be free indefinitely.

Here are all of the games that will be leaving Xbox Game Pass this month and next.