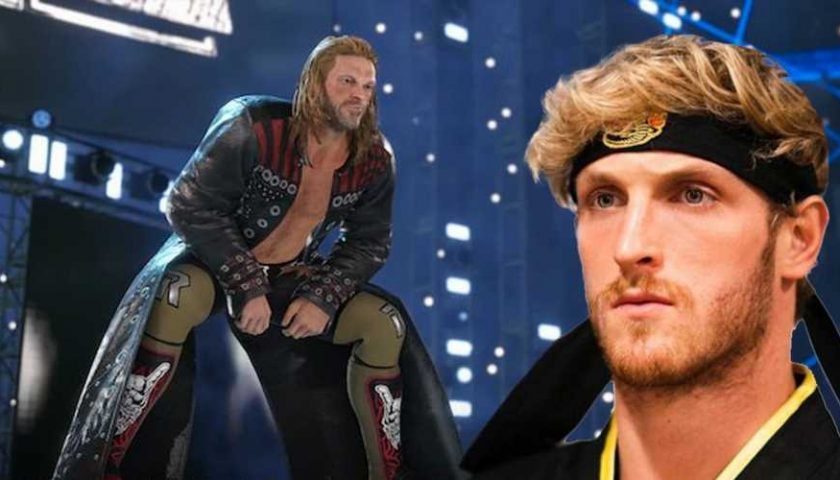 WWE 2K22's early access launched earlier this week and ahead of the game's official arrival on Friday, the team at 2K has revealed the roadmap for what it hopes will breathe new life into the wrestling series. The roadmap includes when each of the game's DLC packs will be dropping, as well as the wrestlers and celebrities that will be included in each of them. The Banzai pack drops first at the end of this month, ending with The Whole Dam Pack in July.

As touched upon already, not everyone included in 2K22's DLC is best known for their pro wrestling prowess. Leading the way in terms of notoriety outside the squared circle is Logan Paul. The Pokemon card collecting YouTube personality will be a part of July's DLC alongside Rob Van Dam, LA Knight, Xia Li, Commander Azeez, and fellow non-wrestler Machine Gun Kelly.

Kelly has never actually wrestled a match but has appeared on WWE TV and helped curate the soundtrack for 2K22. Paul, on the other hand, will have wrestled by the time he becomes a playable character. The boxer will team with The Miz at WrestleMania next month to take on the father-son team of Rey and Dominik Mysterio. He was also involved with last year's WrestleMania but didn't actually compete.

There will be 27 wrestlers and celebrities added to WWE 2K22 via DLC between April and July. The full breakdown of each pack including release dates and who will be in each one can be found below.

Most Wanted Pack, May 17

If you have bought the Season Pass, or an edition of WWE 2K22 that includes it, then the DLC will be added to the game automatically on the above dates. If not, the packs can be purchased individually.