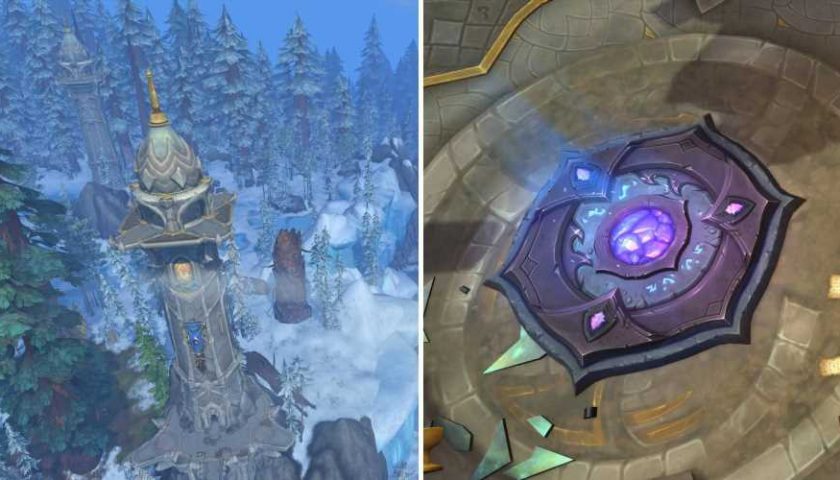 World of Warcraft: Dragonflight is a breath of fresh air when it comes to player friendliness, and features an enhanced open world in comparison to previous expansions. A focus on chilled-out, play-at-your-own-pace systems, such as Renown, can only be good for the game's long-term health.

One of these systems and a useful new addition that comes with the Dragon Isles are Ancient Waygates, and while they are by no means a must-have, proper use can make your World Questing that little bit faster. This guide will explain what exactly Ancient Waygates are, how and where to unlock them, and all the locations they can take you to.

What Are Ancient Waygates? 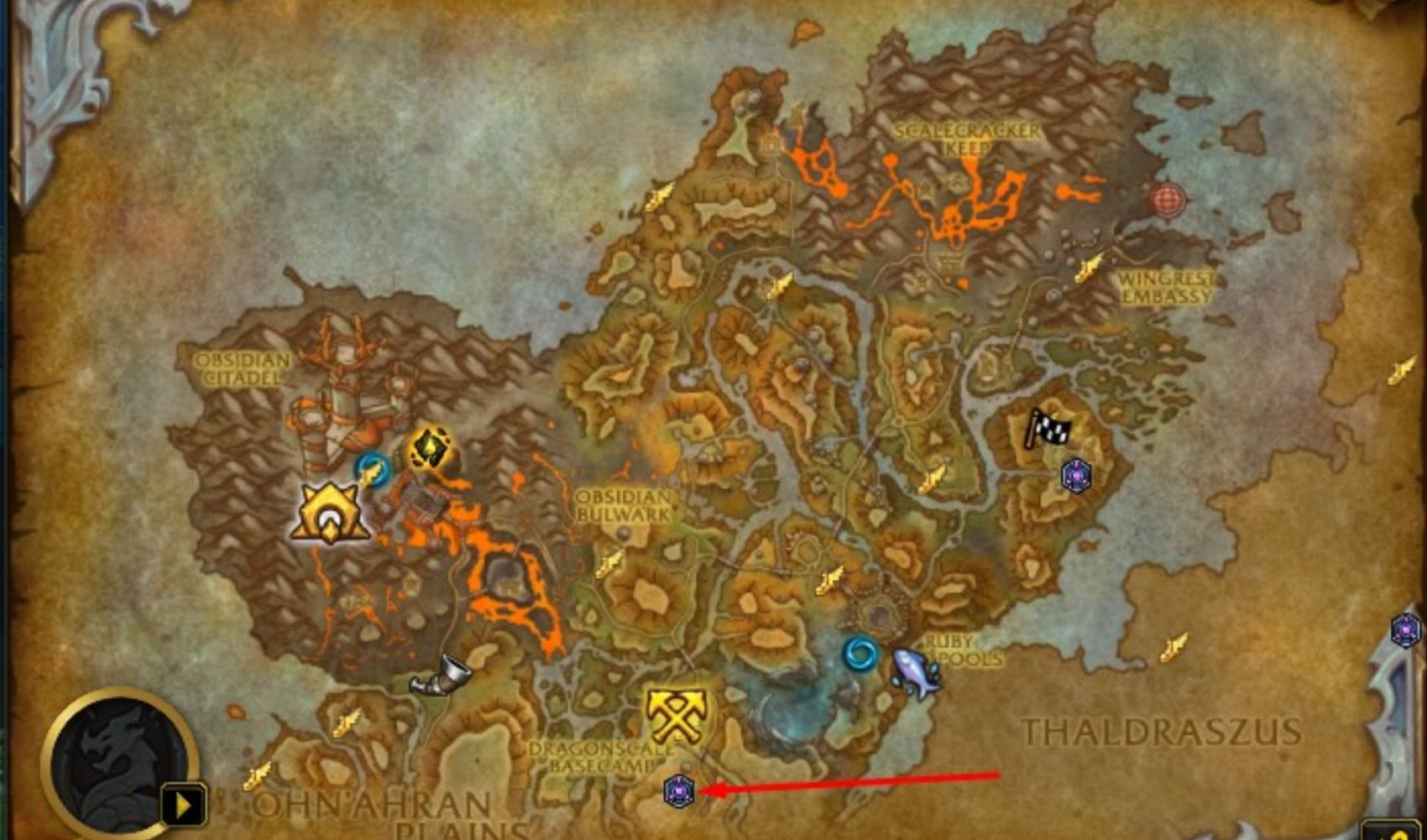 Simply put, Ancient Waygates are portals between pre-determined locations across the Dragon Isles. They are typically either at the top or bottom of tall towers, so you will probably need to Dragonride in order to reach them. They are hexagonal purple slabs that, once clicked, open up a map displaying all possible travel locations that you have unlocked, similar to regular flight paths.

Once you have used an Ancient Waygate, you will receive a 30-minute debuff that prevents you from using any further teleportation.

There are eight Ancient Waygate locations in total, and they are also unlocked for all characters on that account, giving your alts a useful boost while leveling and beyond.

Unlocking all eight locations will award you with the Mastering the Waygates achievement.

How Do You Unlock Them? 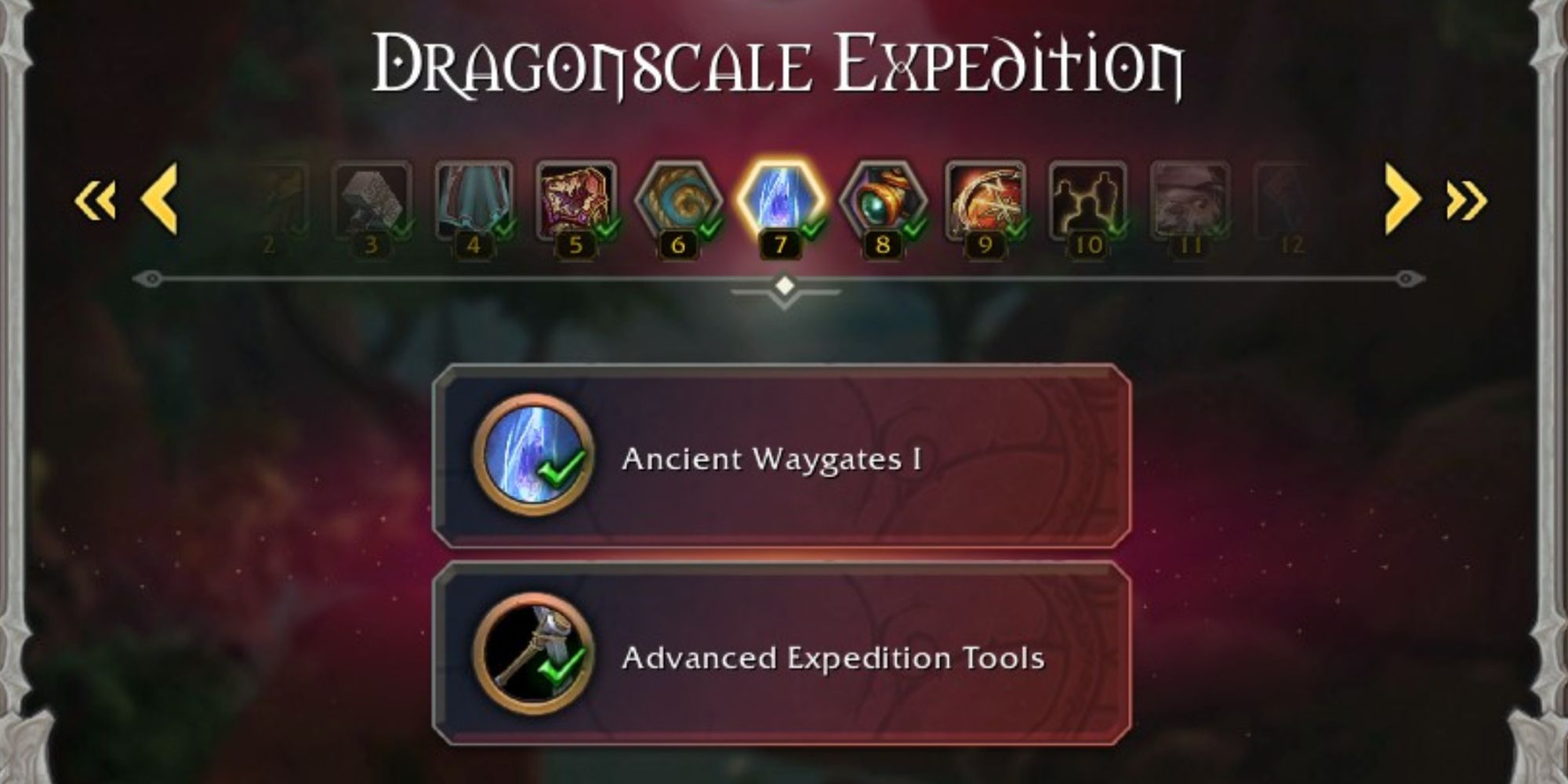 To begin unlocking the Ancient Waygates, you must first reach Renown Rank 7 with the Dragonscale Expedition. Once you have done so, the Dormant Discovery quest will automatically pop-up for acceptance, and a Magically Bound Message will appear in your bags. The letter tells you to meet up with Thaelin Darkanvil, who is situated at the Rubyscale Outpost, in the Southern section of The Waking Shores.

Once you have talked to Thaelin, he will give you a short series of quests:

Upon completing these quests you will unlock access to the Waygate network, with two Waygates already being provided for you: The Cobalt Assembly and Rubyscale Outpost.

Further Waygates can be unlocked upon reaching certain Renown levels with the Dragonscale Expedition. Thaelin will provide a quest each time you do this, simply titled Waygate: [Location], allowing you to select the next Waygate you want to unlock.

Once you have chosen a location, you must fly there and interact with the gate to channel energy into it, before returning to Thaelin to turn the quest in.