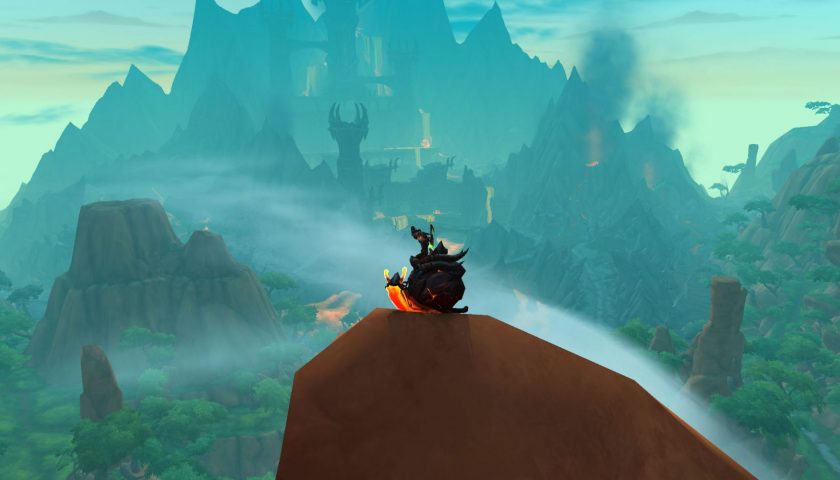 Even though World of Warcraft: Dragonflight brought the incredible Dragonriding system to its game, that doesn’t mean that no ground mounts were added too. Quite the contrary, for even though nowhere near as many were added as in the past couple of expansions, there are still some really great ones available to grab.

Of the ground mounts added in Dragonflight, some are completely unique models, like the lava snail. As such, there are a few mounts that share this model, with each one being a slightly different shade of lava than the others. This article will focus on the Magmashell mount in particular, so let’s see how you can earn this wonderful snail. 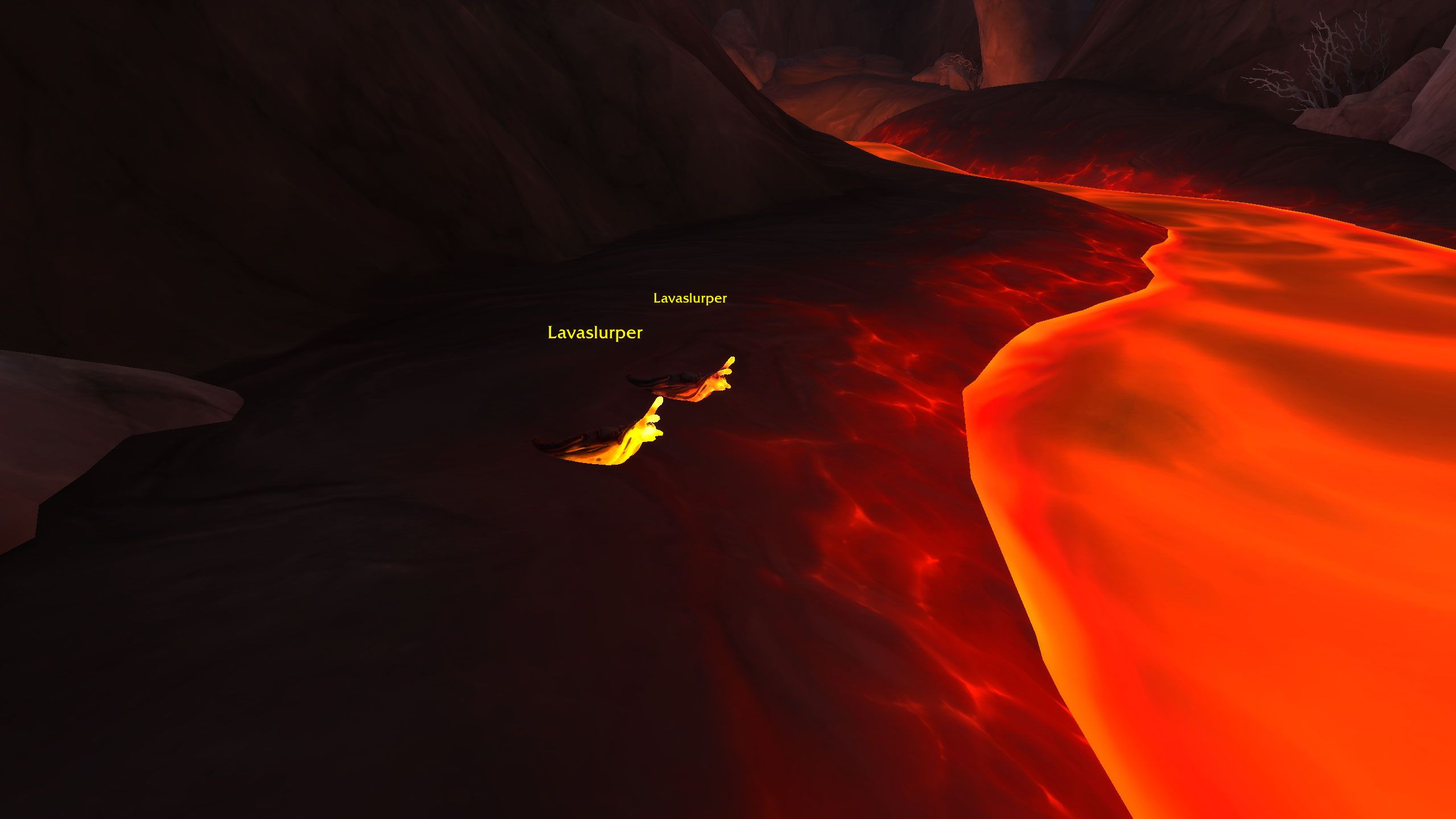 While the mount may not be a single drop from a certain rare or dungeon/raid boss, it still requires an item that has a great deal of luck involved. With that said, you will need to loot an Empty Magma Shell from a Lavaslurper (small lava snail) or Basalt Shell (big lava snail) mob. These guys are found all along the lava river to the left of the Obsidian Citadel area (the same river that flows from Enkine the Voracious’ spawn point).

The Empty Magma Shell is not a soulbound item, which means you can freely trade it as you see fit. Thus, as you can probably imagine, this item is buyable at the Auction House, so if you’re looking to save some time (or want to make some money), feel free to buy it there.

Just bear in mind that it is an item that leads to the obtainment of a mount, and anything mount related tends to fetch a high price, so be prepared to spend a hefty sum of gold for the shell. 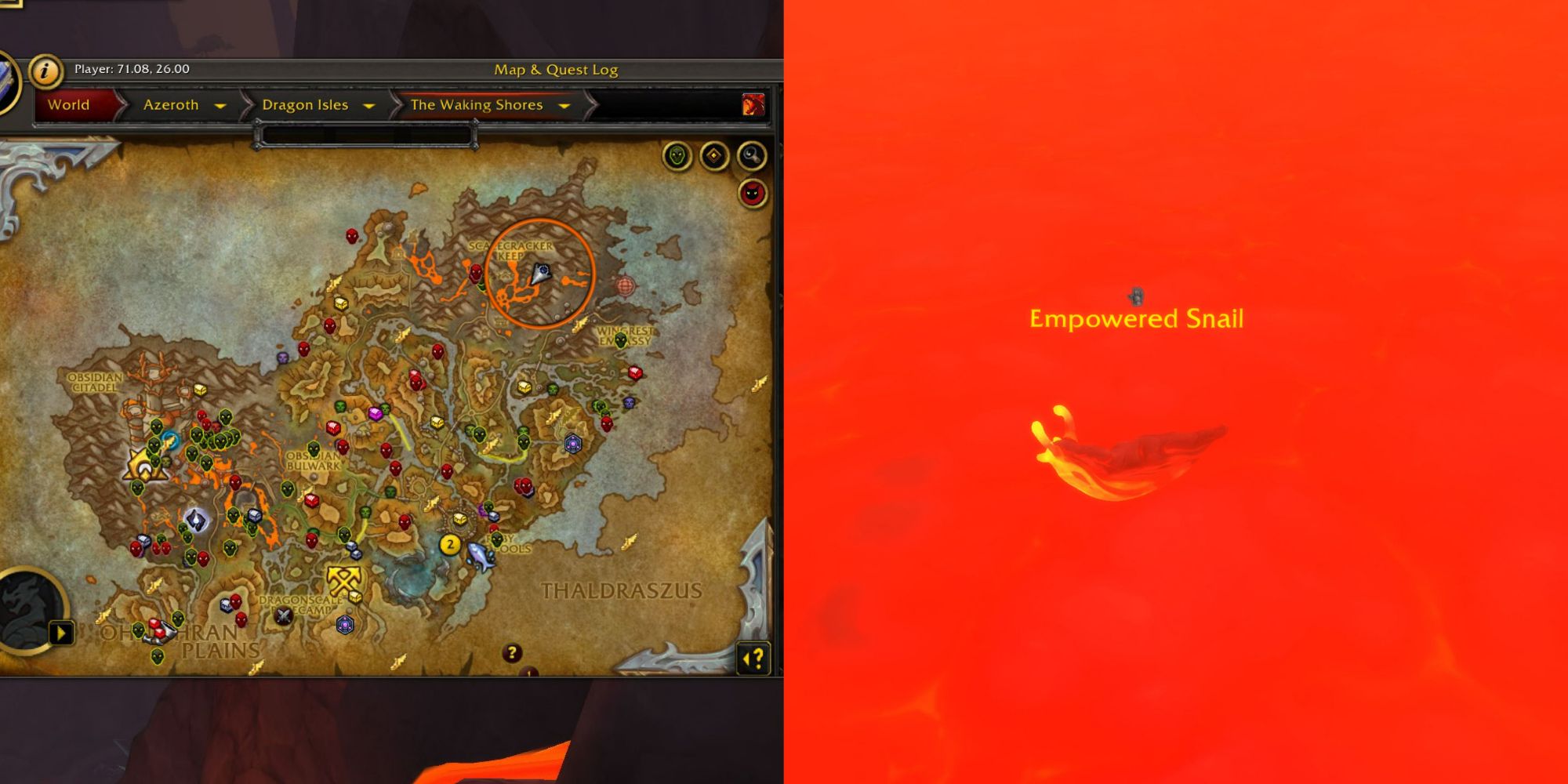 Once you have acquired the elusive Empty Magma Shell, there’s one more step. Head over to the Empowered Snail located at the very bottom of a lava pool at Scalecracker Keep (coordinates: 71.2 25.4), the northernmost area of The Waking Shores. To obtain the mount, you need to click on the Empowered Snail and complete a 16-second channel beneath the lava.

The Empowered Snail is not always up. Once someone completes a channel on it, it despawns, respawning after 15-30 minutes.

Some classes might be able to better deal with the damage from the lava than others, but if you’re a squishier class that lacks defensives (or you don’t have a pocket-healer), fret not, for the Everlasting Horn of Lavaswimming toy makes you immune to lava damage.

You have a chance to get this toy from the strongboxes that you’re rewarded for completing the Siege of Dragonbane Keep community event.