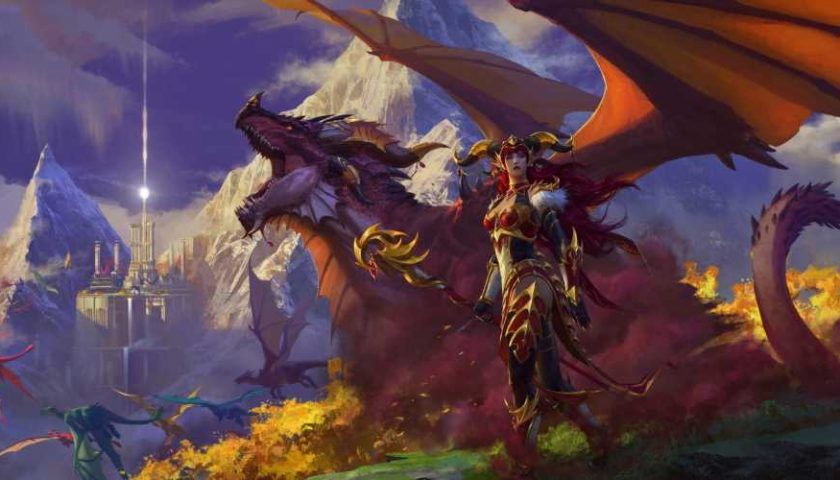 World of Warcraft's ninth expansion, Dragonflight, is coming a little sooner than anticipated. We'd thought Dragonflight would be due out in December, but now Blizzard has just confirmed it will arrive on November 28.

Dragonflight will bring WoW players to The Dragon Isles, a series of primordial islands and the ancestral home of dragonkind. Expect to see strange, never-before-seen creatures in the Dragon Isles in four new zones, including The Waking Shores, Ohn’ahran Plains, Azure Span, and Thaldraszus–each with their own theme corresponding with one of Warcraft's ancient dragons.

The upcoming expansion also brings World of Warcraft's first race and class combo, the dracthyr Evoker. A race of elite soldiers formed by combining mortal races with the essence of dragons, the dracthyr awaken from their magical stasis to defend their ancestral home. Dracthyr specialize in both ranged attacks and healing arts, and can also swap between their lizard-like but still humanoid form and a fearsome draconic one. Dracthyr characters start off at level 58 and can be aligned with either the Horde or Alliance.

But if you don't want to start an entirely new character, never fear: you can still take flight thanks to the new Drake mount. Dragonriding is a new form of aerial traversal where you'll fly on the back of a Drake across the Dragon Isles. You can even customize your Drake with cosmetics while taking skills that let you fly further and faster.

All classes are also receiving a major overhaul for their talent trees thanks to the second revamp of the talent system, and professions have also received an update too. Dragonflight even updates WoW's UI and HUD with new customization options to make your game uniquely yours.

Dragonflight Season One goes live December 12 with the new Vault of the Incarnates raid, a updated rotation of Mythic+ dungeons, and a new PvP season. Speaking of dungeons, Dragonflight brings eight new dungeons–four for max-level characters and four for leveling up new ones.

Pre-orders are available now with a variety of bonuses, depending on what tier you want to buy, but everyone will get the Drakks pet so long as they buy before Dragonflight's release date of November 28.