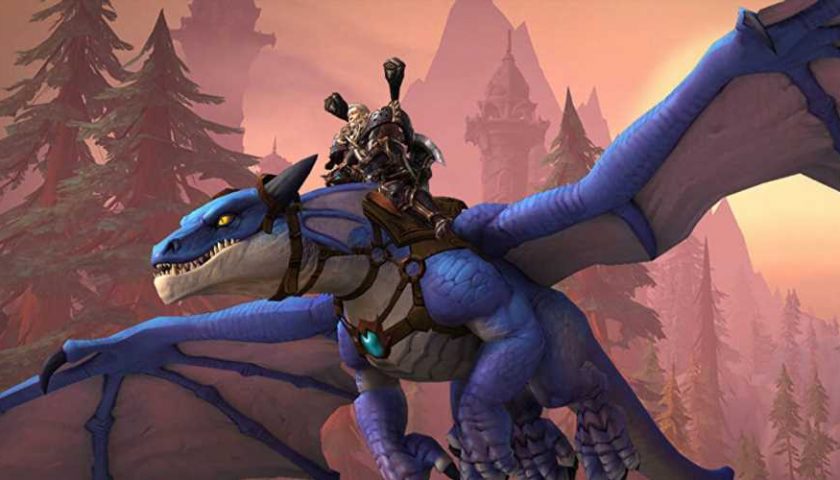 The phrase "Pray return to the Waking Sands" is one that is likely to send shivers down the spine of anyone who's played Final Fantasy 14's A Realm Reborn expansion. The Waking Sands acted as the base of operations in Final Fantasy 14 during A Realm Reborn, which meant that phrase was uttered over and over again, especially by characters like Minfilia. The line was said so many times that it ended up becoming a bit of a meme in the Final Fantasy 14 community, one that is now popping up in World of Warcraft.

As spotted by Twitter user AbbadonLive and detailed by Fanbyte, the Engineering class' Mechanical Mind specialization includes a recipe for a Wyrmhole Generator. Normal players can use this to randomly teleport, but Engineers who specialise in triangulation can find Signal Transmitters for the Wyrmhole Generator that let teleport to specific locations, one of which is the Waking Shores.

The references don't seem to end there, however. As pointed out by Twitter user belzebooba, a quest called For The Love Of Others might be making a reference to Emet-Selch's "Remember us, remember that we once lived" scene. The description for the quest says "We must remember", and then has a character say, "…remember us" towards the end of the quest. It could just a passing similarity, but considering the Walking Sands reference, it's possible that it's another callback to Final Fantasy 14.