Updated by Kristy Ambrose on November 18th, 2020: World of Warcraft: Classic is close to releasing Phase 6, the final patch according to the same pattern Blizzard followed back in the day. With the current selection of content that stretches from the humble starter areas to the excitement of endgame, the main deciding factor in choosing a class is the level of fun we’ll have with it.

Before we begin, it’s important to emphasize that even within different classes, different specifications exist that can vastly change your gaming experience. This is one of the quirks of Classic WoW that isn’t as pronounced in the retail version. WoW: Classic each class presents a necessary and unique role that can’t be filled by any other class. Bear in mind it’s always a matter of taste. Some players enjoy a long grind, while others would prefer to level quickly and get to endgame, and then there are the PVP folks that specialize in search and destroy. It might seem out of balance, but that’s the beauty of Classic WoW. 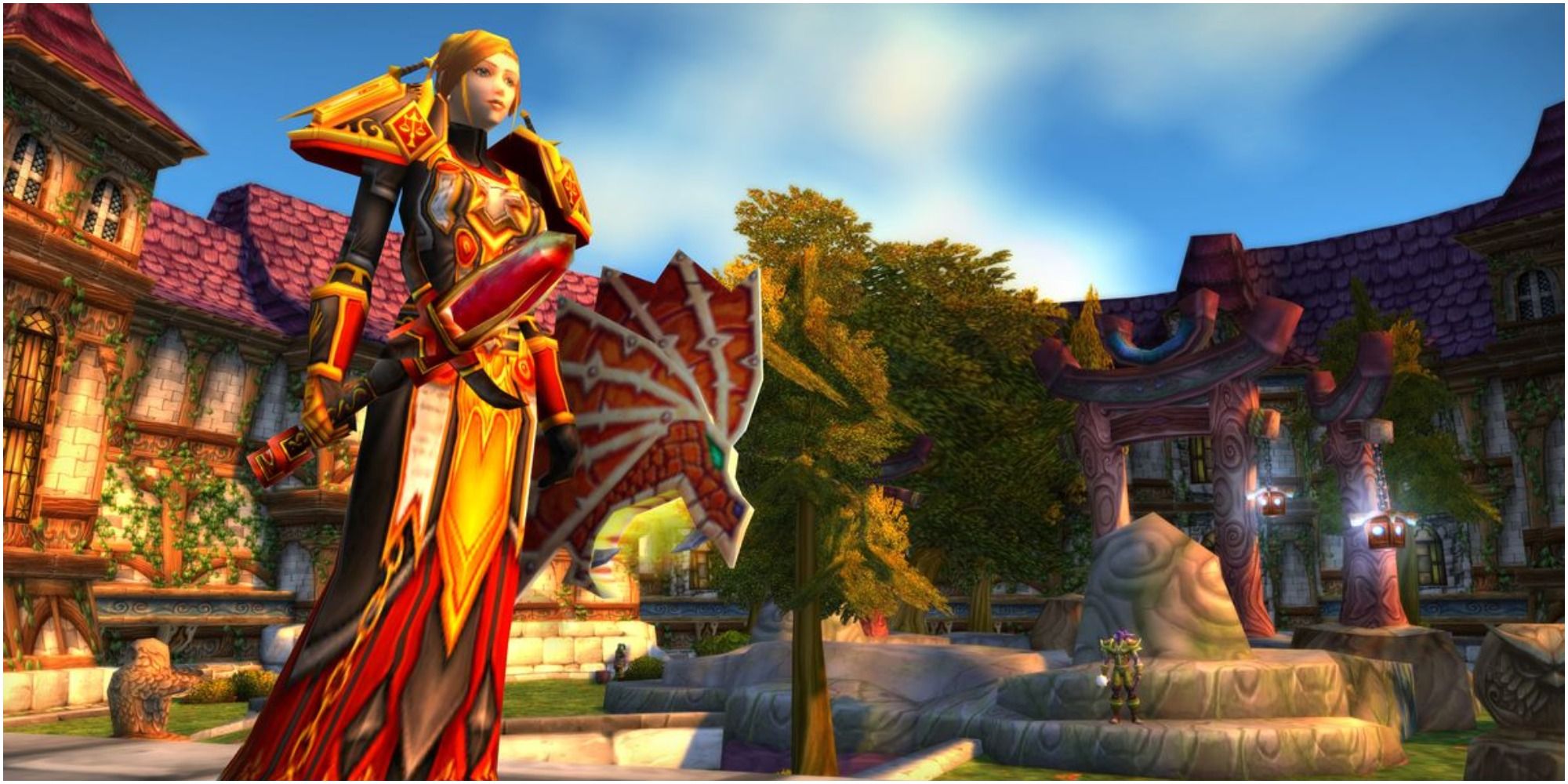 It’s a rewarding class to play once you get to higher levels, but if you’re going to level a healing Paladin it helps if you have a supportive guild and a few gaming buddies to start out. The initial levels consist mainly of auto-attacking, but it pays off later when you get incredible heals and spell attacks. Paladins are and always have been a bit less exciting to play as they lack any movement speed increases, stealth, and only have one stun ability to work with.

Specializing in Holy will make you one of the best healers in the game, with an endless mana pool and powerful clutch heals, but that comes at higher levels. There are only two races that can play a Paladin, Dwarves, and Humans, and both are on the Alliance side. If you want to play Horde, other options exist. 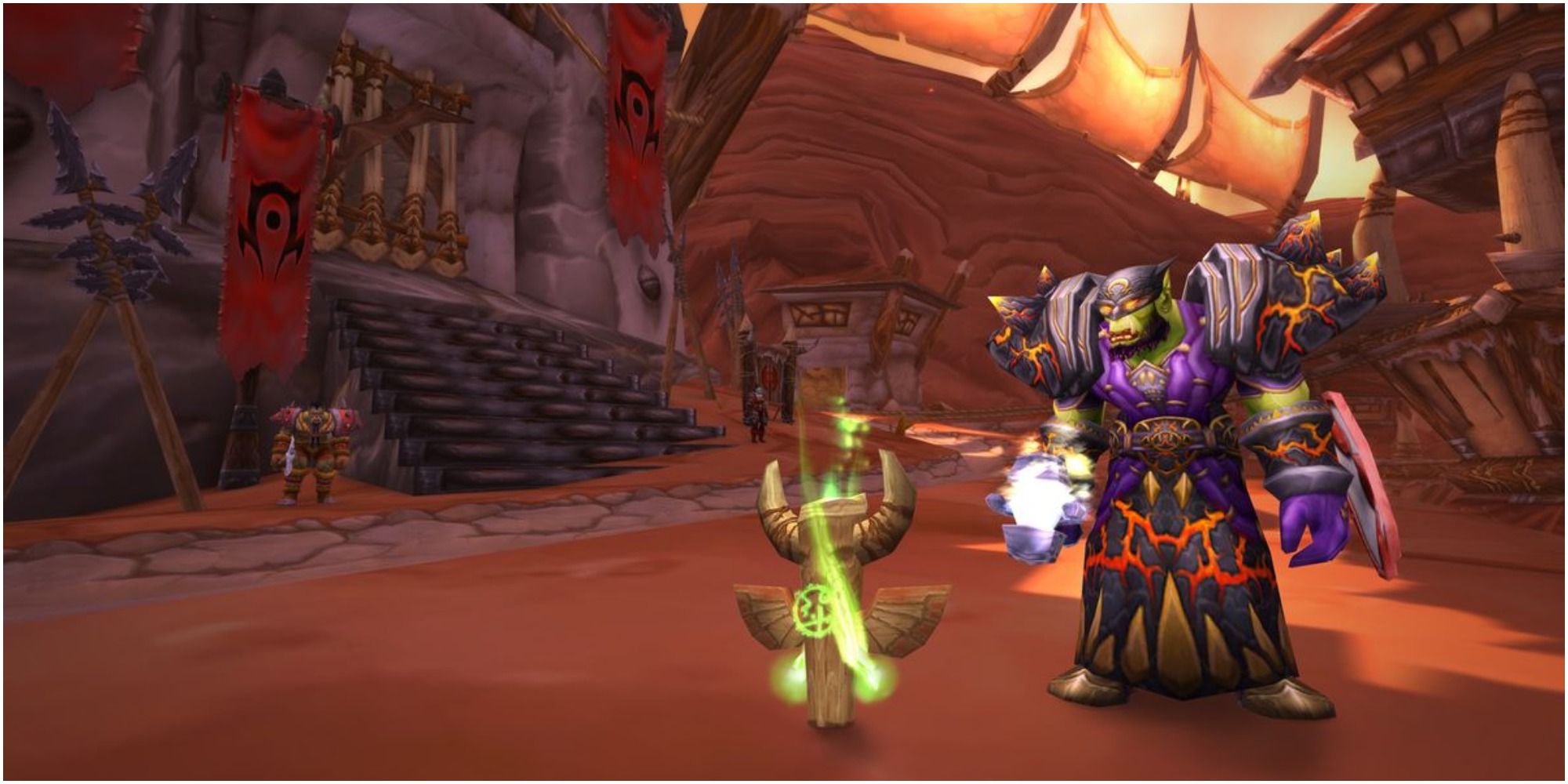 Choosing a shaman automatically means opting for the Horde. Every class on the Horde side can be a Shaman with the exception of the Forsaken. Shamans are a hybrid class that doesn’t top the charts in either healing or damage but performs well in both of these aspects. This makes them useful and in groups and for solo PVE play.

Your leveling will also benefit thanks to the Ghost Wolf ability, which significantly increases your movement speed (this one will especially come in useful in PvP). Totems are what makes Shamans so desirable in a dungeon, each offering powerful party-wide buffs. Then there’s the fact that enhancement shamans are notoriously overpowered in PvP, being a hybrid class with both ridiculous burst damage and powerful heals. 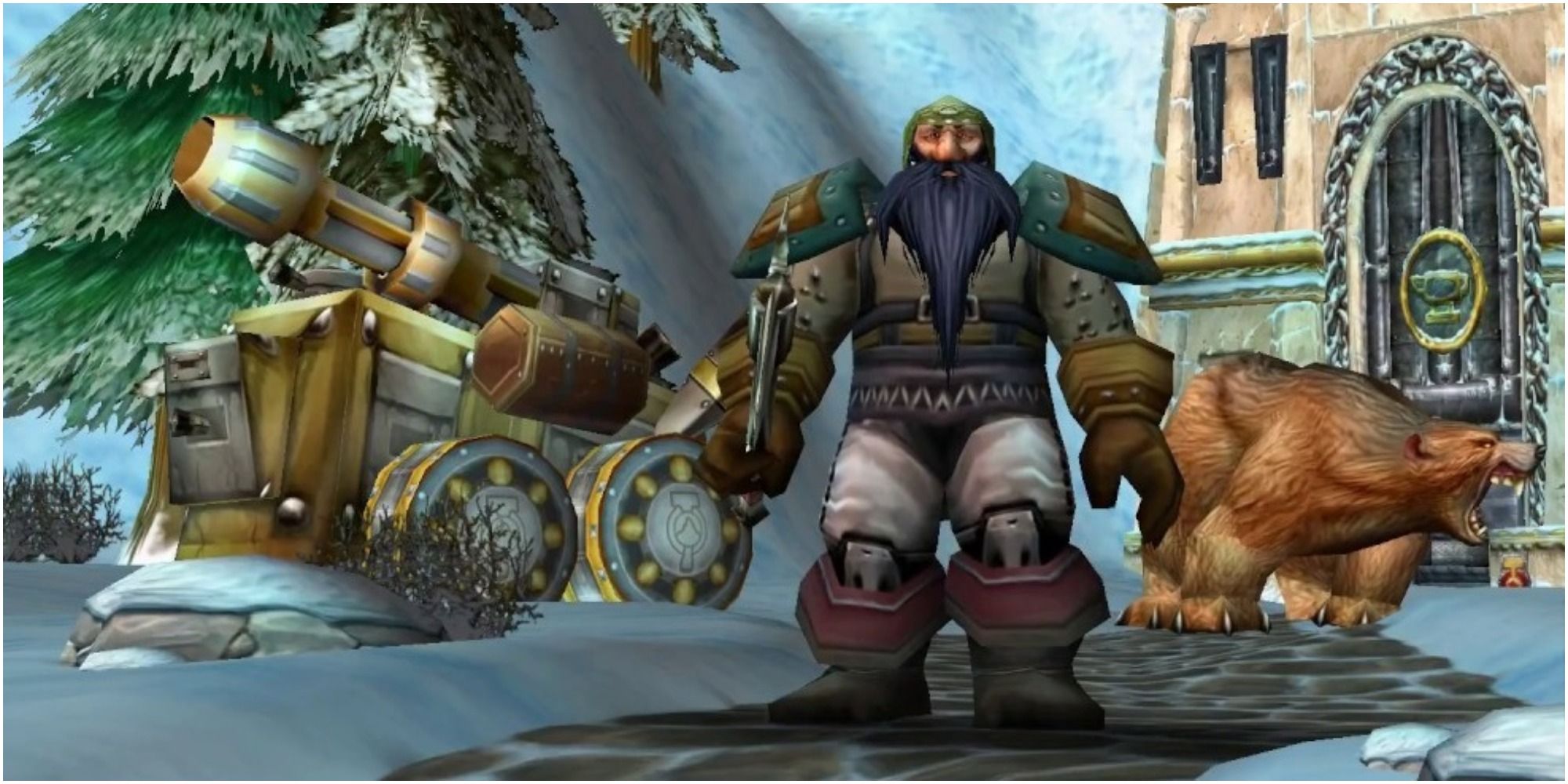 Hunters could be the easiest class for leveling. This makes them relatively popular, and they only get more useful when raiding and moving through dungeons. Pets can be used to pull individual trash mobs and scattershot is handy as an AoE ability.

Plus, you get to have a pet. This is a step up from the Warlock demon because it’s an actual living animal as opposed to a demon that requires no care or maintenance. Having a pet with you in Classic makes for quite an entertaining gameplay experience while slowing your enemies in PvP and shooting them down from a distance. What’s fun about pets is that you get to find and tame them yourself, and each comes with its own distinct abilities and advantages.

Druids are a hybrid class with a huge toolkit of heals, damage, and crowd control abilities. This versatility is also the very reason why druids are one of the most fun classes to play in Classic. Leveling is easy, utilizing Bear form for tanking and Cat form for faster travel (an essential component in Classic) and extra damage. The class also has distinct PVP advantages besides being useful in dungeons and questing. The Druid Cat form has a stealth option, allowing Druids to sneak up on their enemies and then turn into a massive bear and bury them. If you think a Shaman doesn’t have enough going on, try a Druid instead. 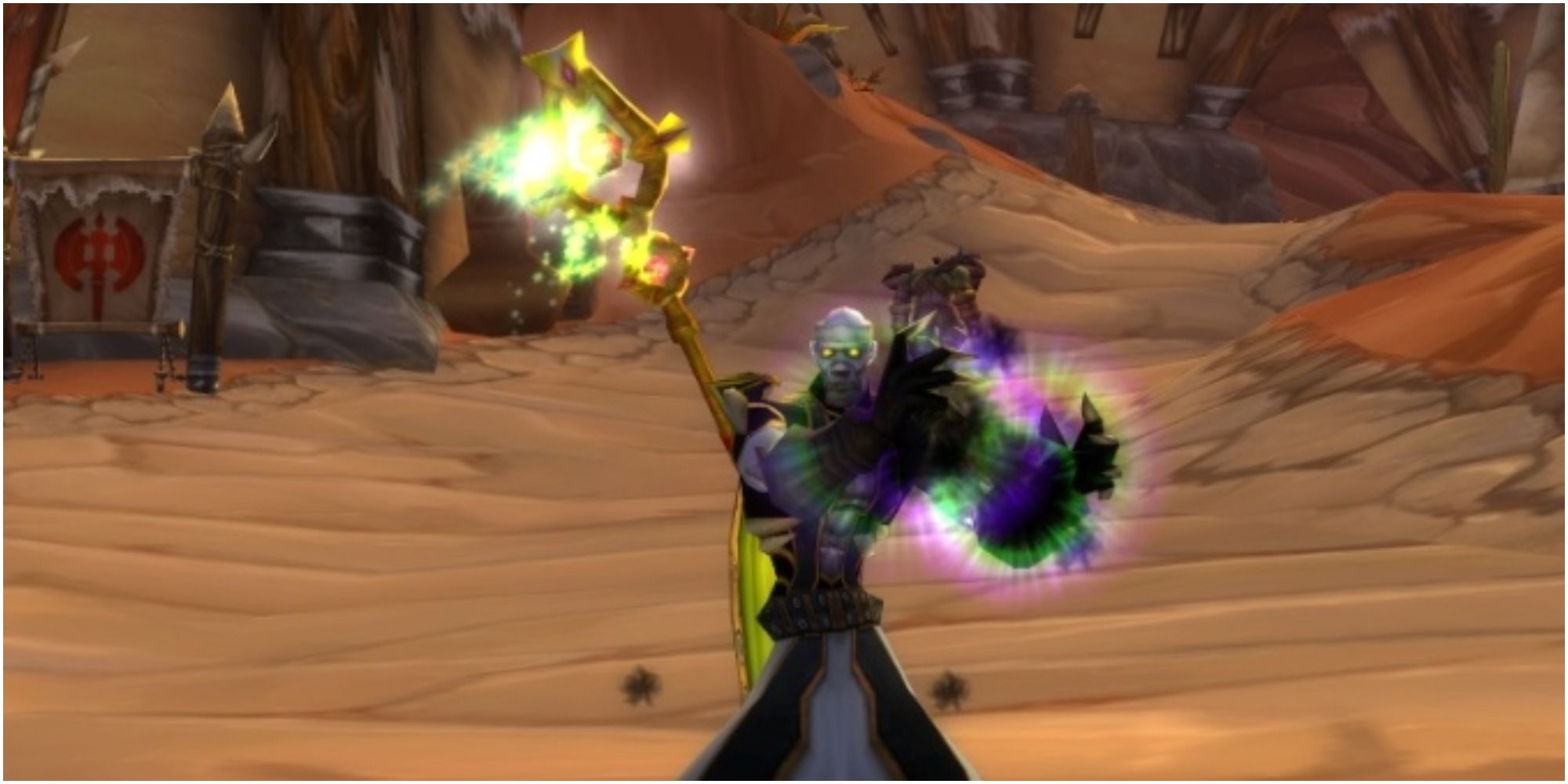 Fun to level, in high demand, and essential in any dungeon or raid, players who roll Holy Priests get a lot of love. As a healer, you will be an invaluable member of your dungeon party with some of the most efficient and impressive heals and buffs in the game. There could also be off-heals in the group in the form of Shamans or Druids, but the Holy Priest is always the star of the show. The downside might be the responsibility for keeping everyone alive, especially the Tank. We’ll leave it up to you to decide whether this makes it more or less fun to play. 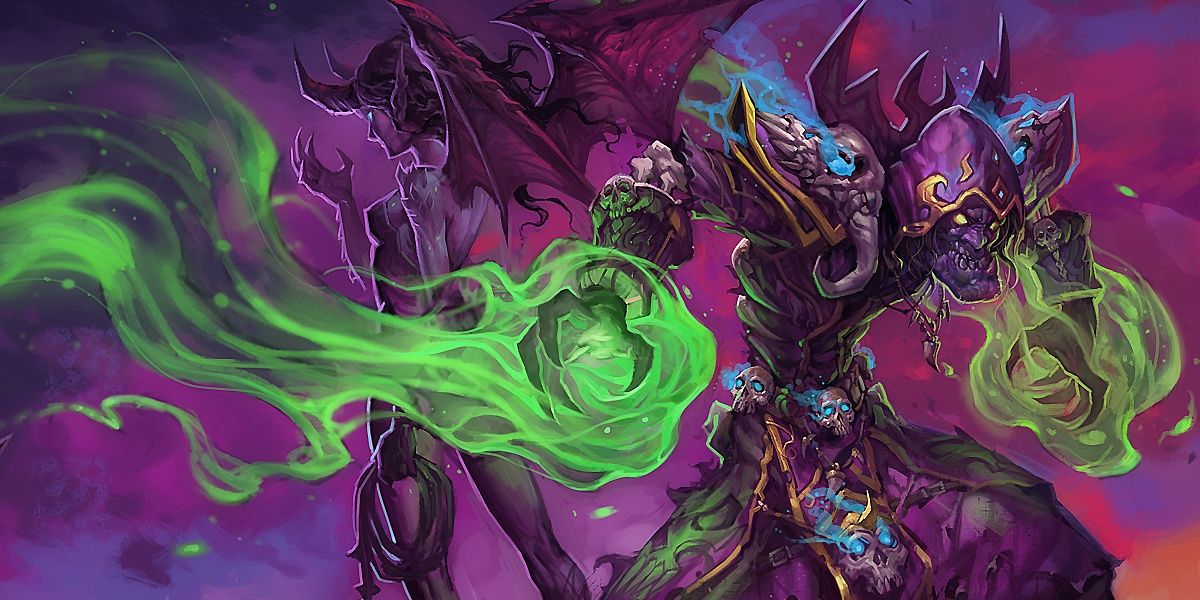 It’s weird that there aren’t more Warlocks, considering that they’re so easy to level and in fairly high demand for unique abilities like Summoning, which is even more popular in Classic where transportation is less convenient. Players seem to end up playing Hunters or Mages instead. The fun aspect of playing a Warlock comes partly from being able to solo-quest using your demon pet as a tank for mobs. Mostly, it’s the amazing class-specific quests that Warlocks can chase to unlock special abilities and items.

Warlocks are a limited class that only a few races can take on. The Forsaken, Orcs, Humans, and Gnomes are the only classes that have the mettle to delve into the dark arts. The Forsaken is by far the most popular class for the Warlock. Combine racial abilities like Cannibalism with the Warlock spell Life Tap and your mana will never run out. 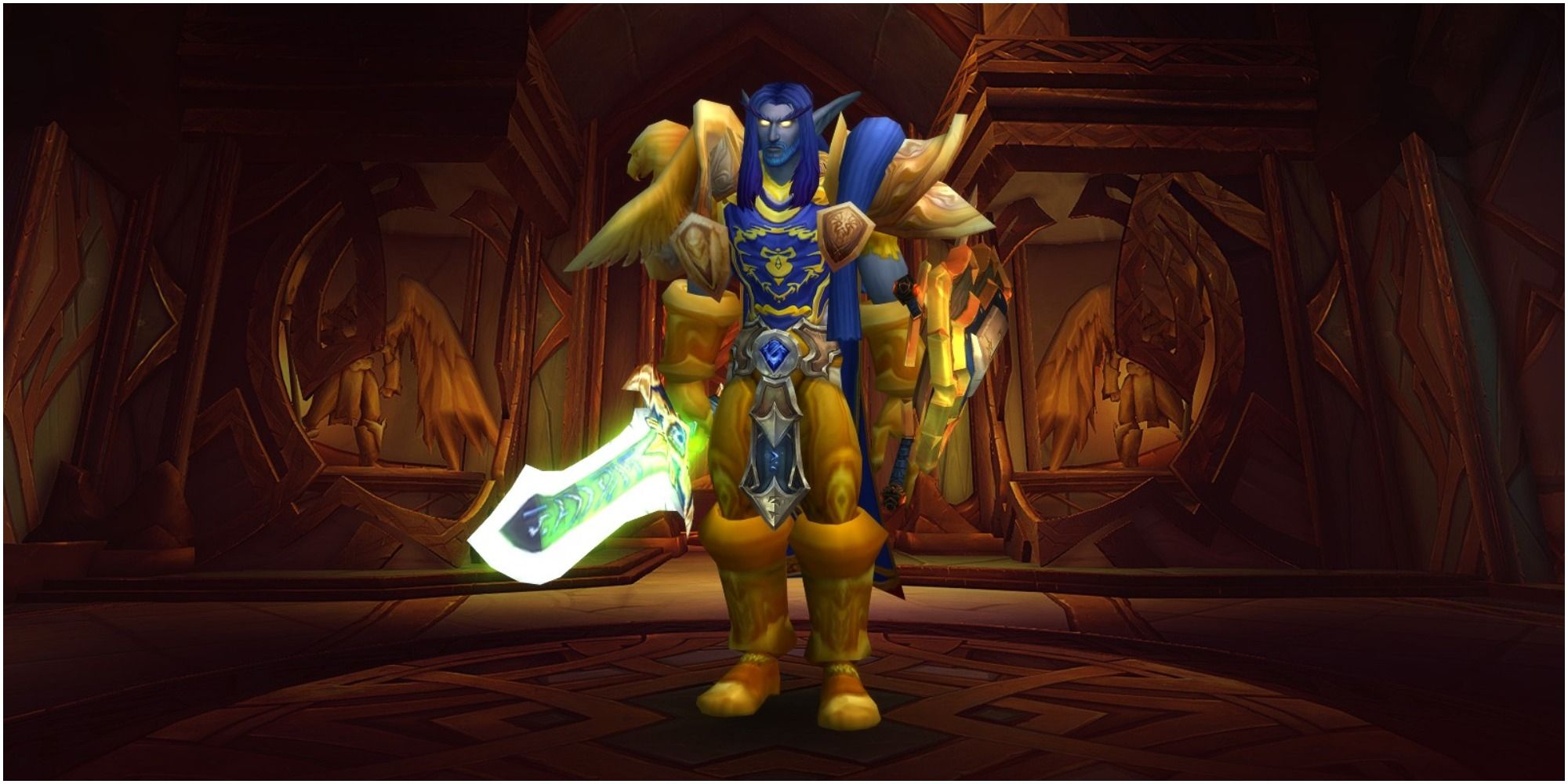 The Warrior has a reputation as the hardest class to solo-level. Low mobility combined with the lack of self-healing makes it really hard to pull through gangs of mobs without dying. However, the class is also very gear dependent, so your main can invest some gold and make it a lot easier to level that Warrior alt. Think of it as an investment that pays off later in the game, as the Warrior is one of the highest DPS classes in dungeons and the most reliable tank in Classic. We recommend rolling Fury during leveling and getting that double two-handed weapon bonus for ridiculous damage. 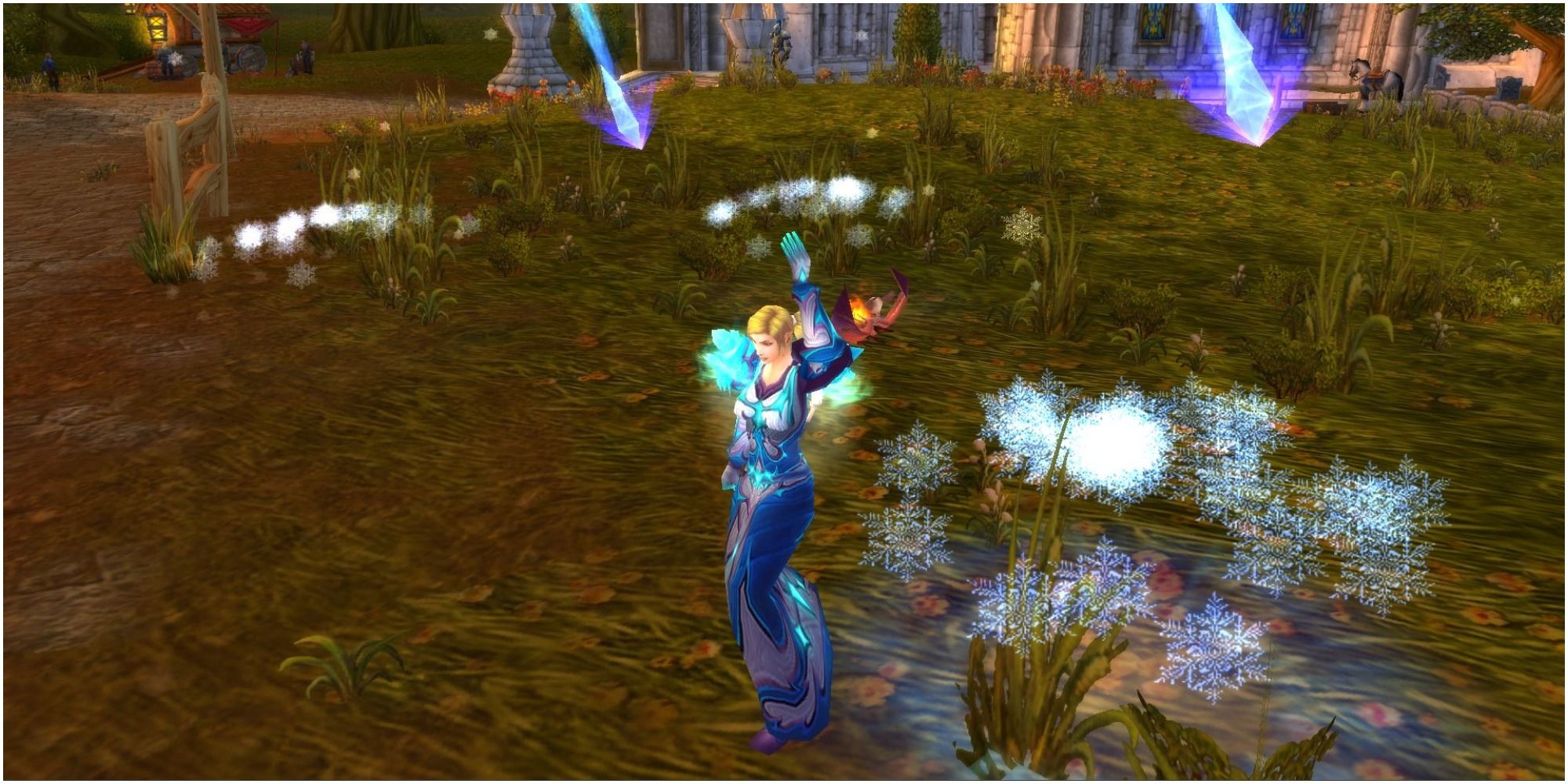 The Mage is currently the most popular class, not to mention the first class to hit level 60 in World of Warcraft Classic. What makes them so great is the amount of cool ranged abilities and the toolkit they have for controlling enemies and conjuring food and drinks. Easy to play, easy to level, and a killer level of DPS that ensures you’ll have a place in endgame dungeons. Have fun destroying your enemies from afar and farming gold with ease to get those level 20 and level 40 mounts. 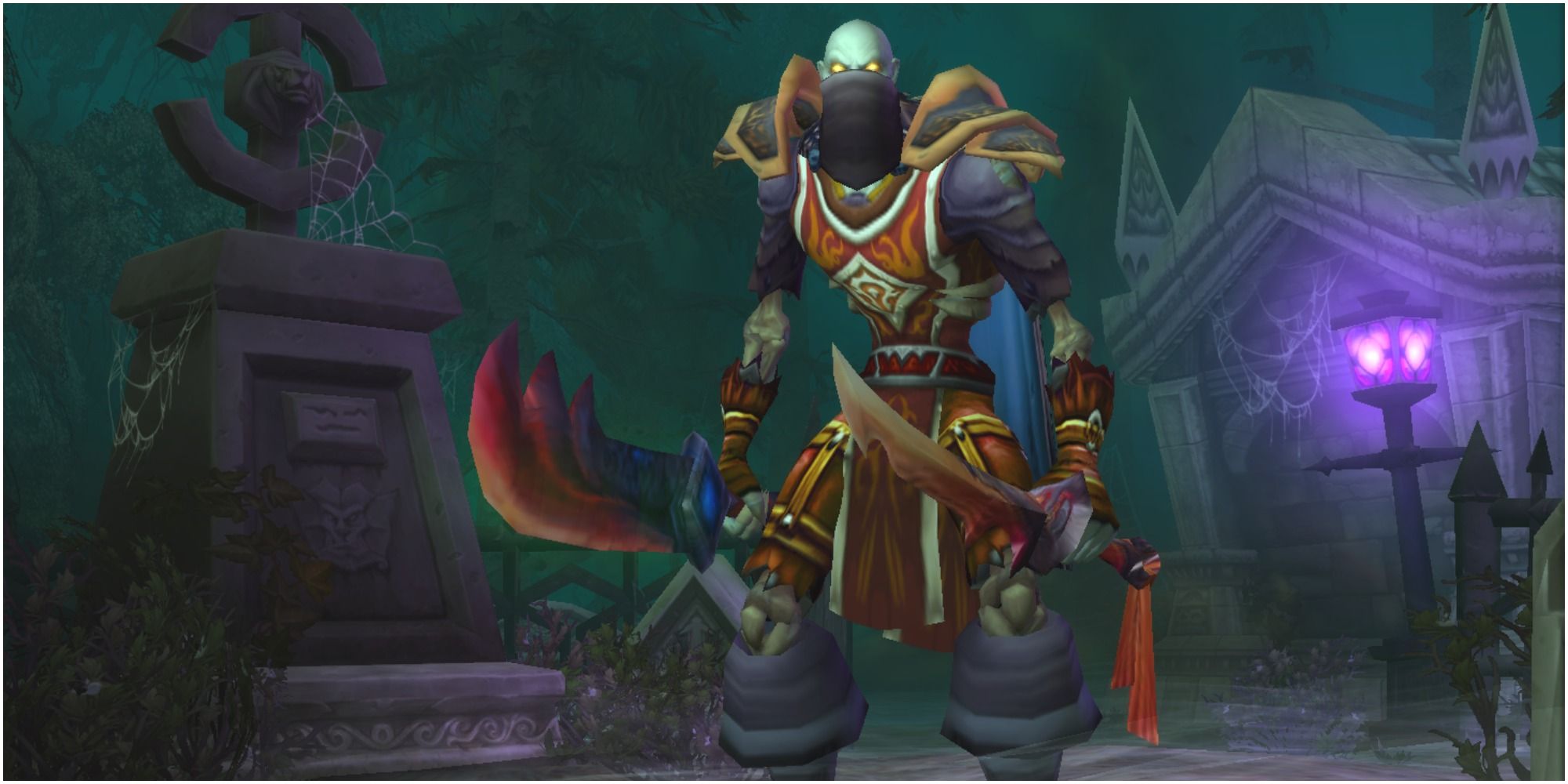 Rogues are definitely the most fun class for PVP, and you’ll hear players raving about how much fun it is to go into Stealth and troll enemy cities, solo dungeons, and hide from enemies while pick-pocketing them. On the other hand, having leather armor and no heals makes Rogues easy prey if they’re caught off guard or waiting on cooldowns. Keeping track of your stuns and diminishing returns combined make Rogues a real skill class. As for the leveling experience, it’s quite a challenge due to the lack of heals, low armor, and strictly melee attacks, which may leave many new players disappointed and annoyed. Send some gold early on to twink them out for a really interesting game. 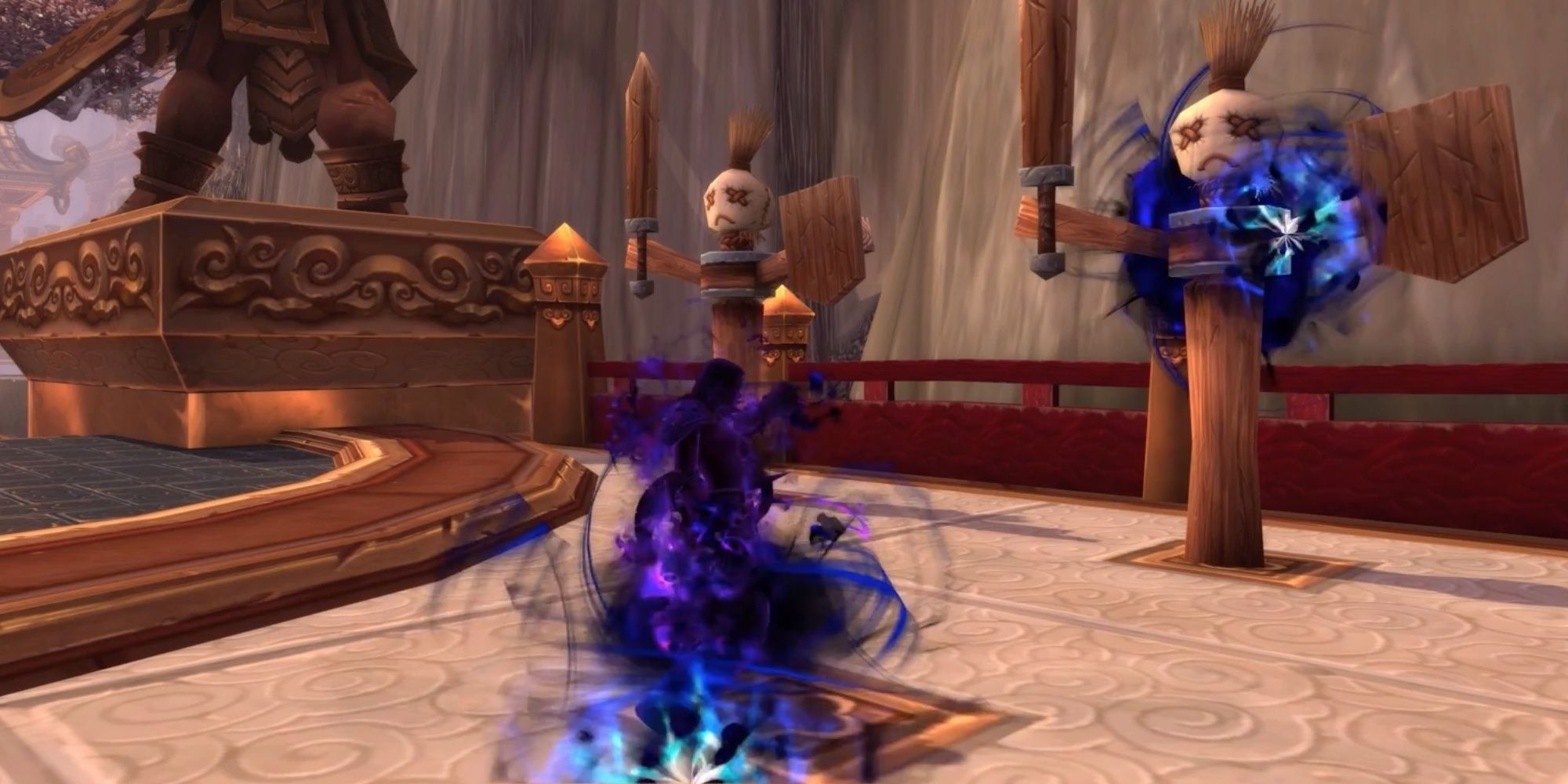 Enjoy the sound of the raid catching their breath as you step into the dungeon, likely the only Shadow Priest there. Shadow Priests have the same basic powers as Warlocks when it comes to Shadow Damage, but dialed up to 11. Opting for a Shadow Priest will allow you to melt faces with some absolutely terrifying damage, and that overlaps into a PvP setting.  You can also complete special quests that grant you access to cool new abilities such as Mind Control if you really want to be the thorn in your enemy’s side. Plate-wearers or Hunters who think that Shadow Priest is an easy mark find out the hard way that this isn’t your average squishy. 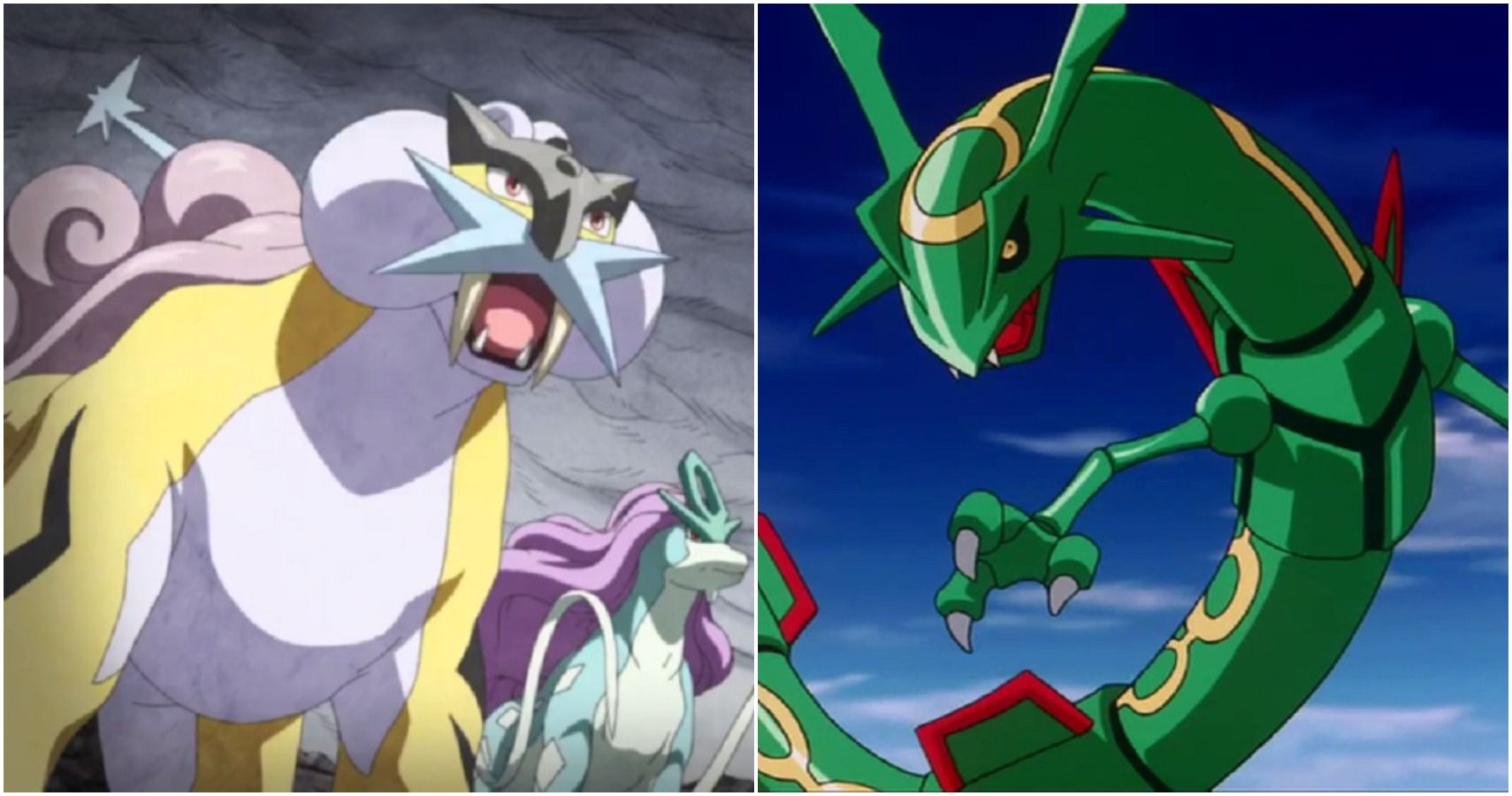 Magdan Daniel Cvitesic is an avid reader, digital marketing enthusiast, gamer, and a complete car nut based in Zagreb, Croatia. After attaining a business degree at Rochester Institute of Technology in New York, he honed his copywriting ability writing for software startups internationally. Interested in all things content, Magdan is now a Marketing Specialist at a Blockchain company and HotCars.com organic list writer for Valnet, Inc.