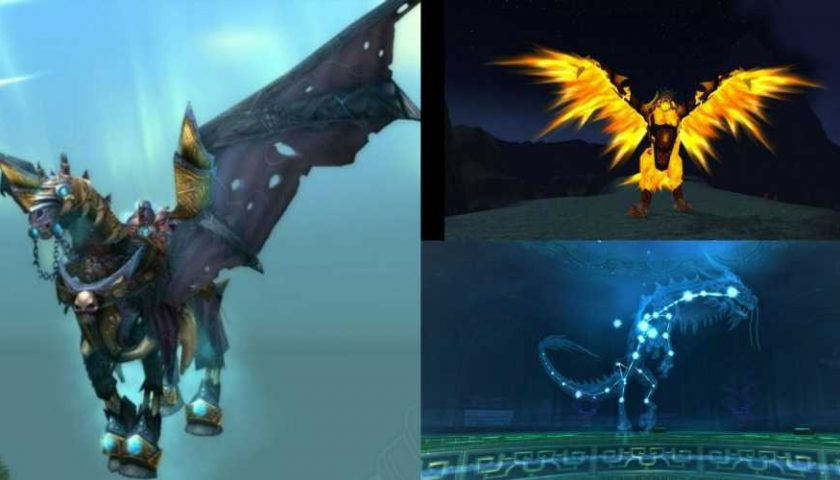 Mounts are probably the best cosmetic things you can use to flex on other people in World of Warcraft, so it’s no surprise that many of us farm them out as often as we do. There’s something about drawing the attention and respect of others with some pretty awesome mounts, especially those that are very hard to get due to luck.

With that said, even though it’s quite easy to run through most legacy raids, they drop some of the most coveted mounts in the game. These are the nine best mounts from these legacy raids, ranked primarily based on their uniqueness and appearance. 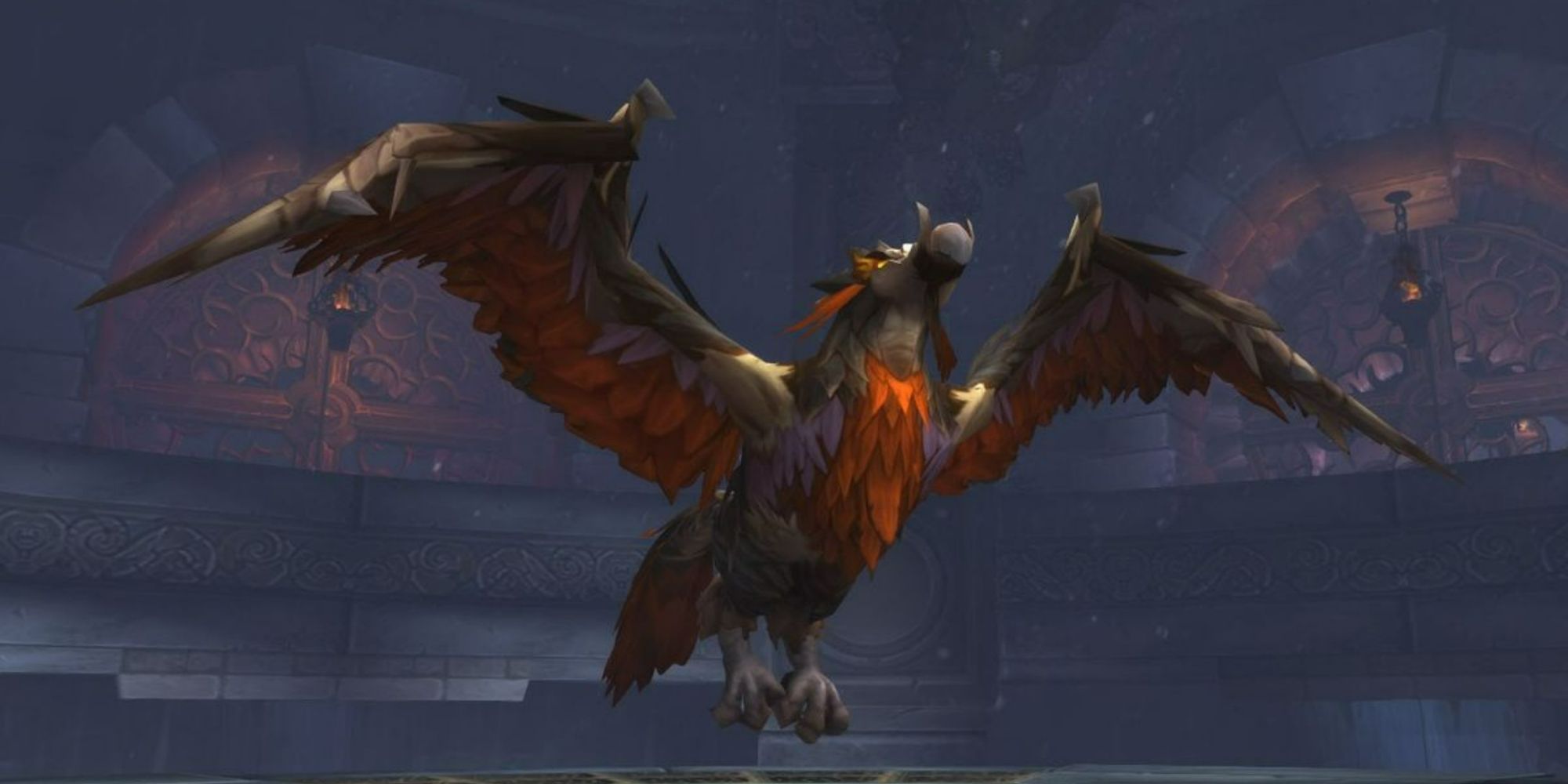 First up is the Clutch Of Ji-Kun, which drops from Ji-Kun in the Throne of Thunder on both normal and heroic difficulties. While this isn’t the flashiest mount, it is incredibly unique, as there is only one other mount that shares its model (Clutch of Ha-Li) that is still obtainable. The phoenix mounts from the Mists of Pandaria challenge mode dungeons also share this model, but they are no longer obtainable. Either way, this is the least-flashy mount on the list, ranking it at number nine. 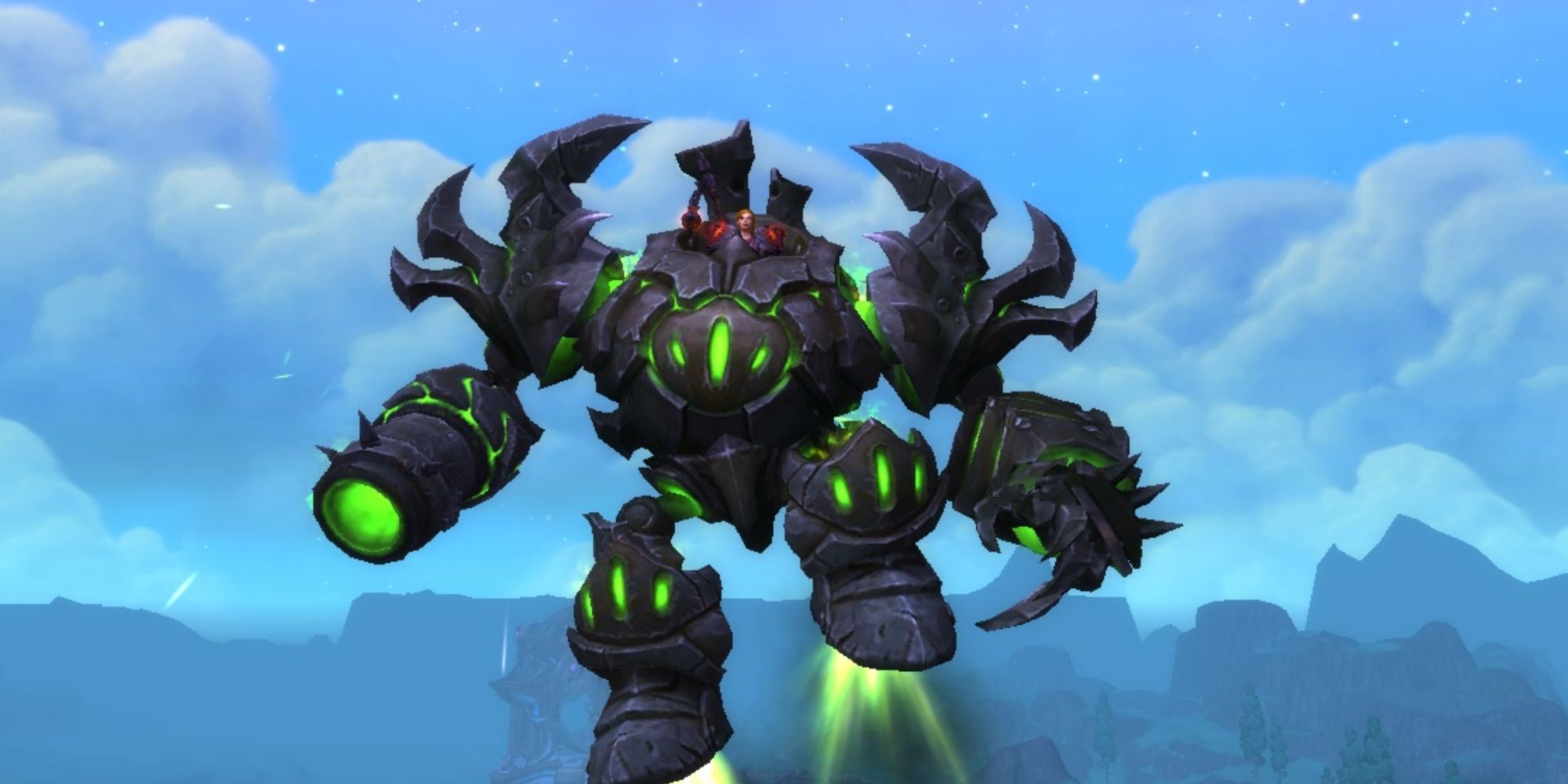 This is a nice-looking mount with its own fel aesthetic, but it shares a model with the few goblin shredder mounts in the game and the Lightforged Warframe. Furthermore, plenty of other mounts share this fel aesthetic, which makes sense, considering how long we’ve been dealing with the Legion. That said, it is still a really cool mount worth grinding out. 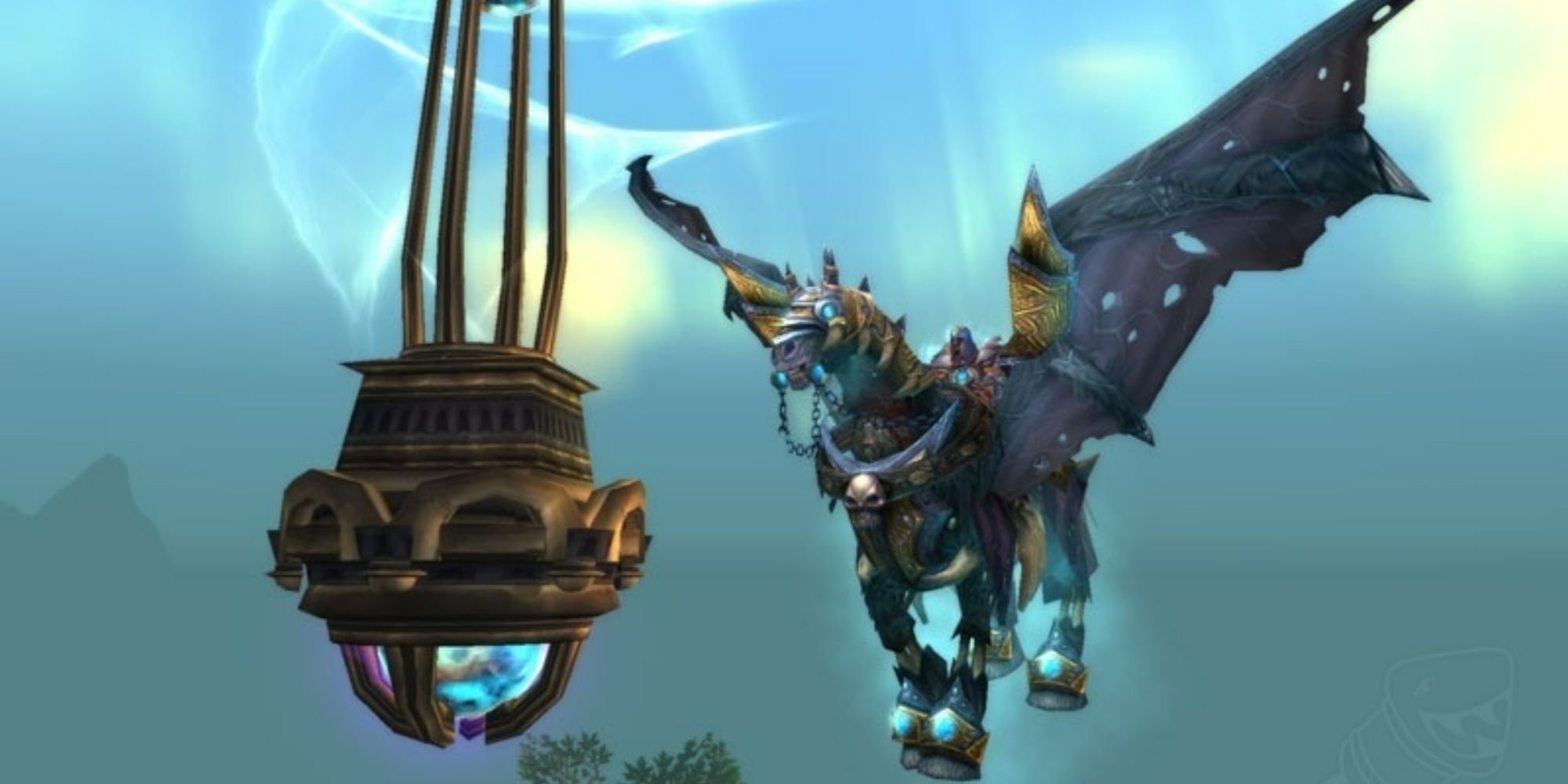 The first entry from Wrath of the Lich, WoW’s best expansion, is the famed steed of Arthas Menethil himself, Invincible. It drops off The Lich King in Icrecrown Citadel but only on 25-man heroic difficulty. This is one of the better horse mounts in the game, and its massive significance in the lore alone gets it on this list. However, no matter how cool this mount looks, it’s still just another horse, one of many other horse mounts in the game. Even with its wings, it doesn’t rank any higher. 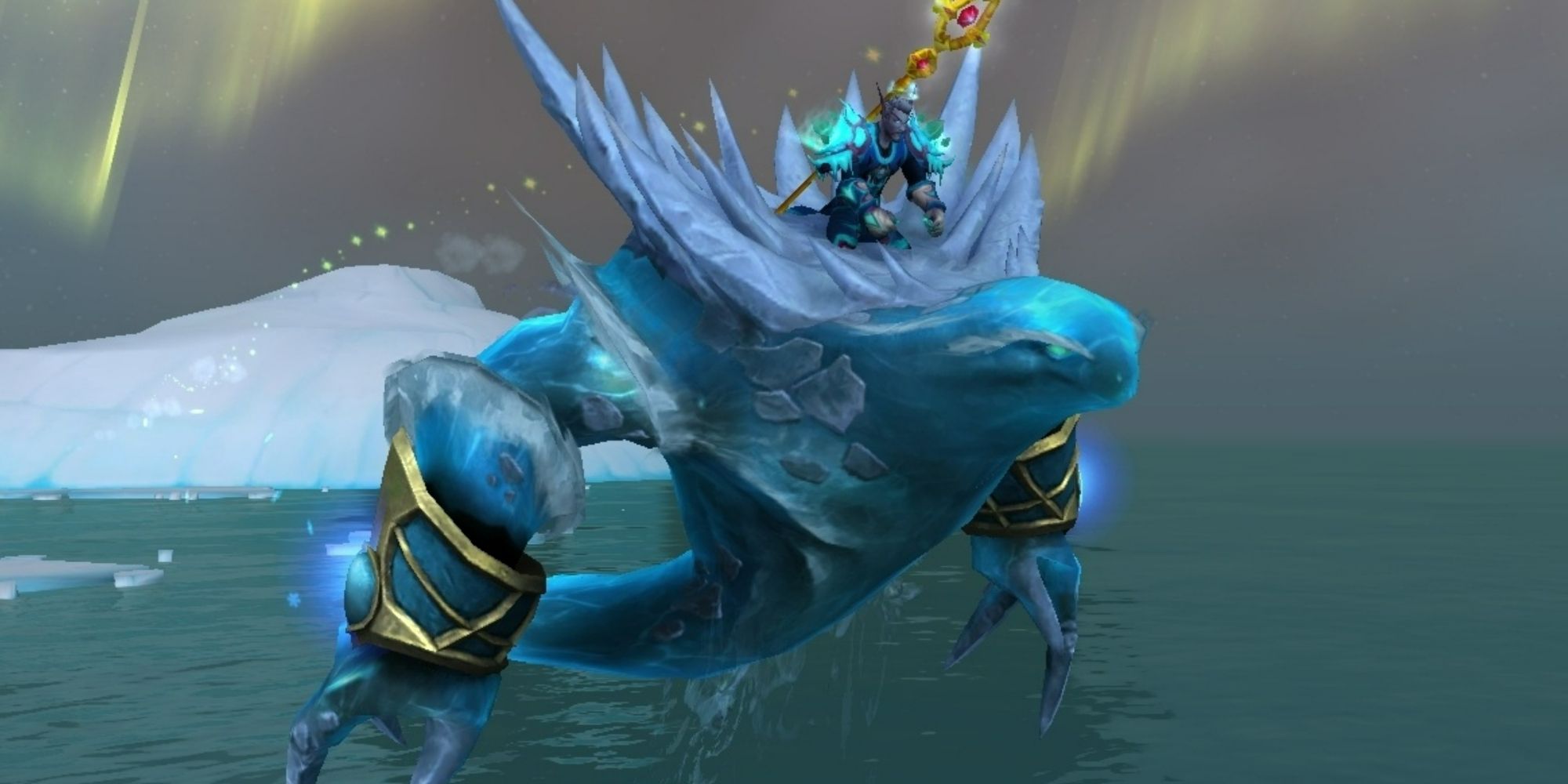 Glacial Tidestorm drops off Mythic Jaina Proudmoure in the Battle of Dazar’alor. This is a very smooth mount that shares the same model as the Shaman Class Order Hall mount, as well as all the Keystone Master Deathwalker mount rewards from Shadowlands (though those aren’t obtainable anymore); therefore it’s not the most unique choice, but still a great one.

Nonetheless, it has a very clear aesthetic of its own, clearly differentiating itself from the mounts with which it shares a model, as there are few mounts in the game that have the water/ice visual (but there are many that have an elemental theme). It’s also one of the few mounts that allows you to ride it standing up and battle-ready, ranking it more highly than the others. 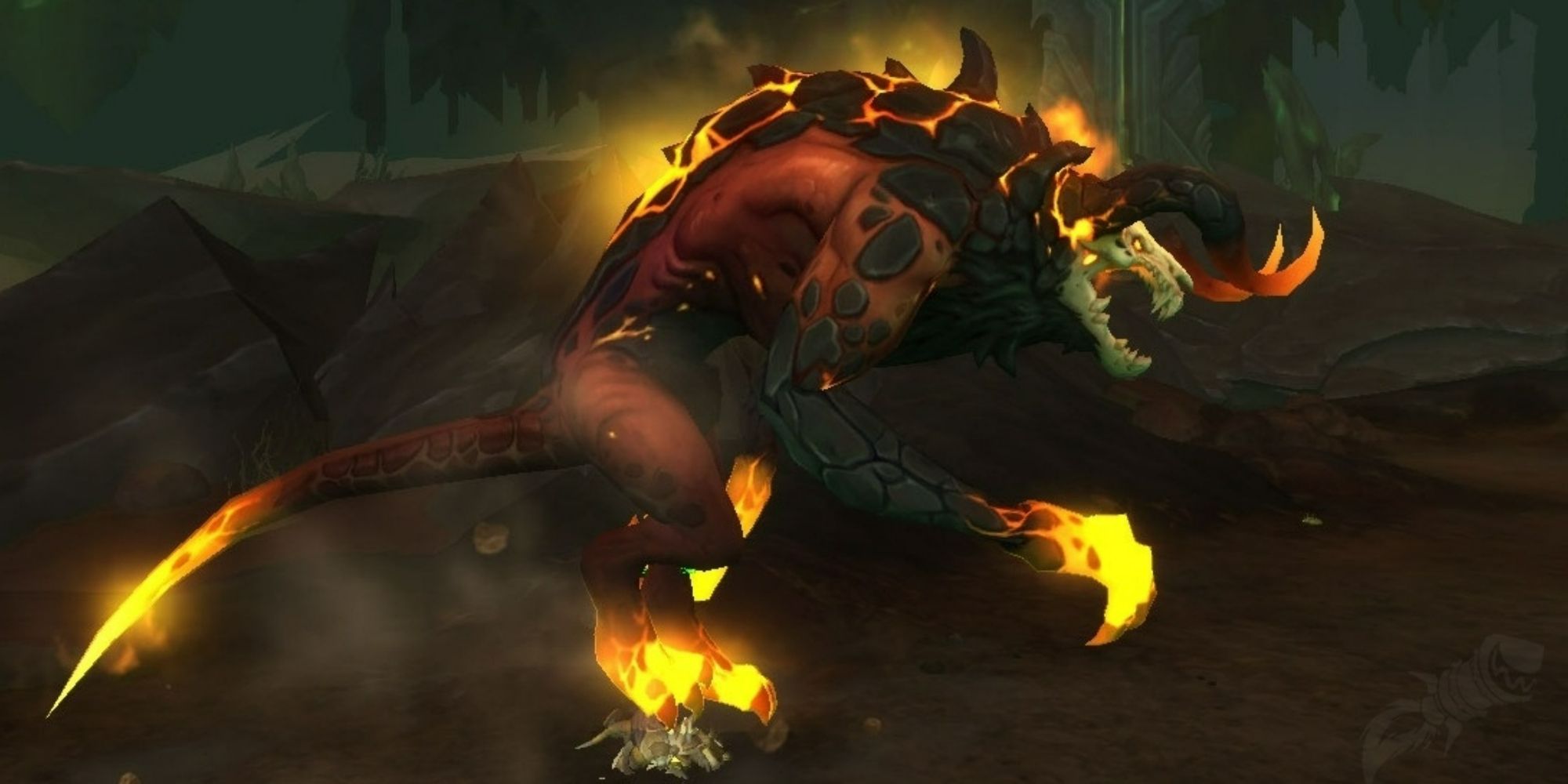 The Antoran Charhound drops off the Felhounds of Sargeras in Antorus, The Burning Throne, on normal, heroic, and mythic difficulties. It is the second boss of the raid, so it’s super easy to grind this out three times a week per character. Originally, this mount shared a model only with the Demon Hunter Class Order Hall mount, making it quite unique.

However, since Shadowlands, every single Gravewing mount with the Venthyr shares its model, lowering its uniqueness. However, despite this, it is undoubtedly one of the best-looking mounts in the game. 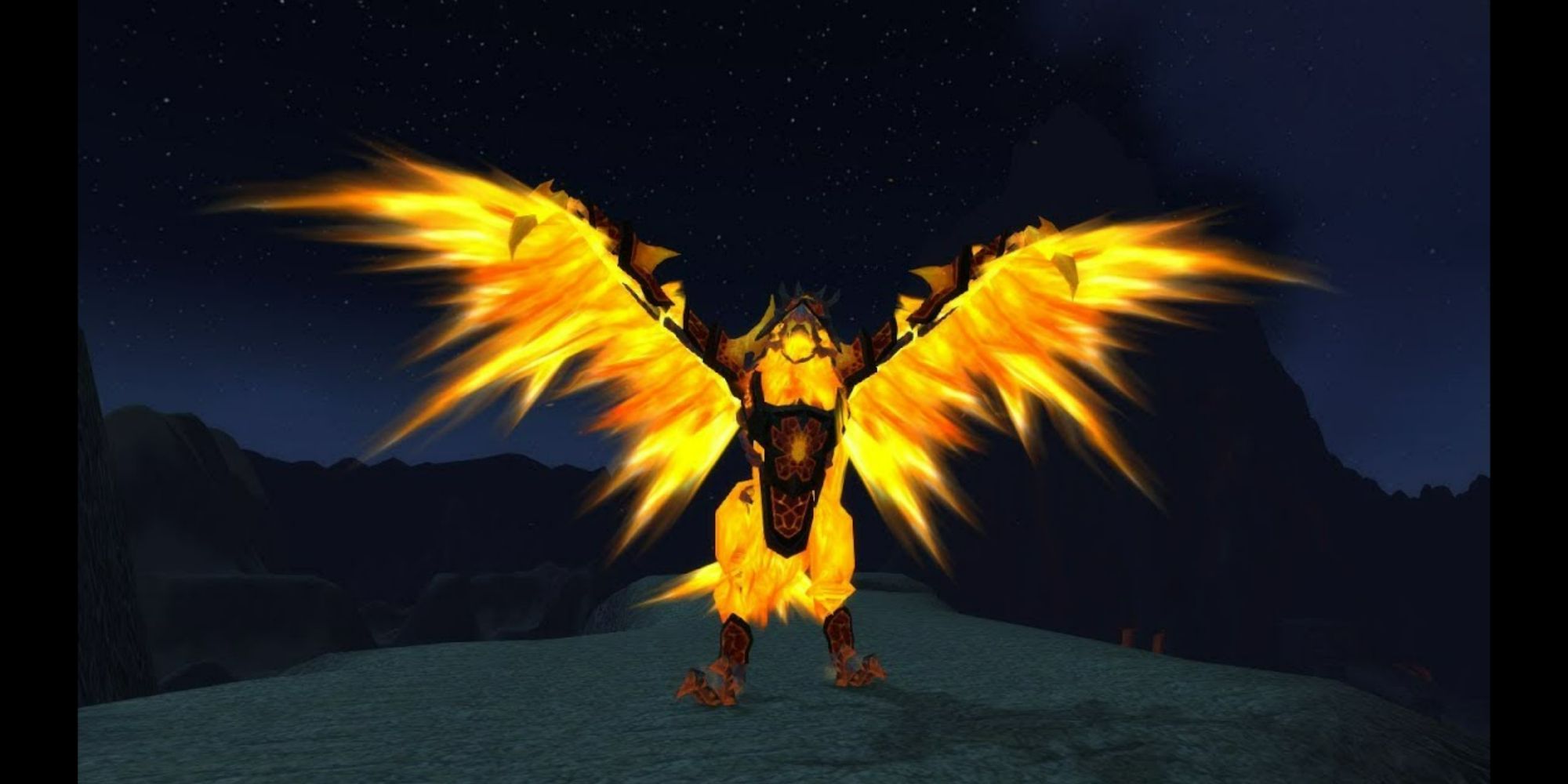 Pureblood Firehawk drops off Ragnaros in Firelands on normal, heroic, and Timewalking difficulties and is a very flashy mount. A big phoenix made out of flowing flames is hard to top, and even though it shares a model with two other mounts (one with fel flames and one with purple flames), the fact that the entire color of the mount changes going from one recolor to the next makes each one look very unique. 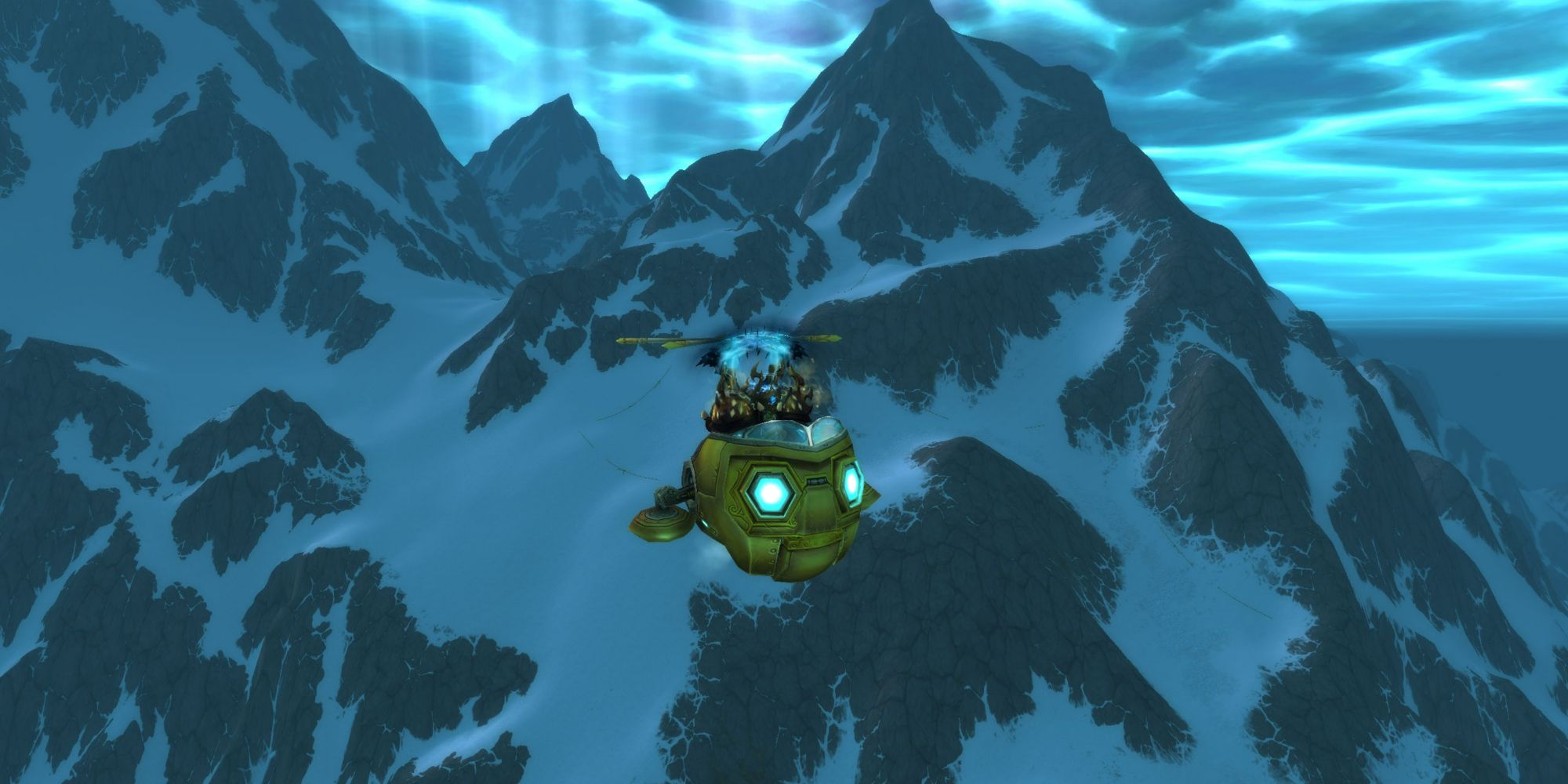 The second entry from a Wrath of the Lich King raid, Mimiron’s Head drops off Yogg-Saron in Ulduar, the expansion’s best raid, on normal and Timewalking difficulties. Though not the flashiest mount in the game, it is easily one of the most unique mounts, as it does not share a model with any other mount (at least, not yet). Truth be told, if it were any flashier, it would take the number one spot on this list.

Even with that in mind, there is still a good chunk of mech-inspired mounts in the game. So, if you’re looking for that aesthetic, there are yet easier mounts to acquire that don’t require you to run one of the longer raids every week. Plus, the sound its whirling helicopter blades make can get annoying if you’re listening to it for too long. 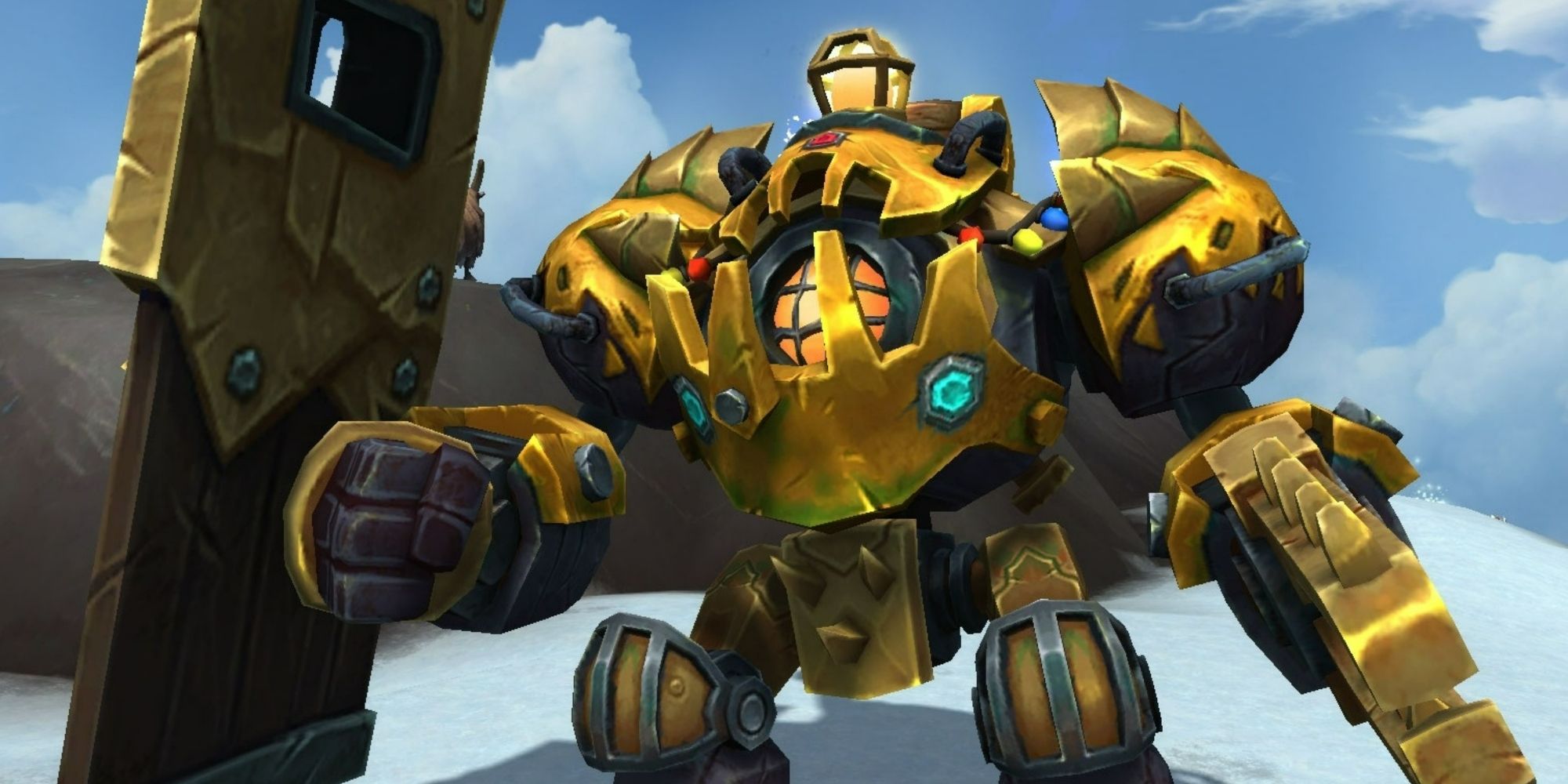 Not only is this the second entry hailing from Battle for Azeroth, but it comes from the same raid: Battle of Dazar’alor. The G.M.O.D. drops from High Tinker Mekkatorque on normal, heroic, and mythic difficulties and is the flashiest raid mount in the game. Between all the lights, sparkles, lightning, and Azerite fumes, it truly lives up to its creator’s (Gallywix) style standards. It shares a model with the aforementioned Felsteel Annihilator, but it is certainly the best-looking of the bunch, ranking it so highly. 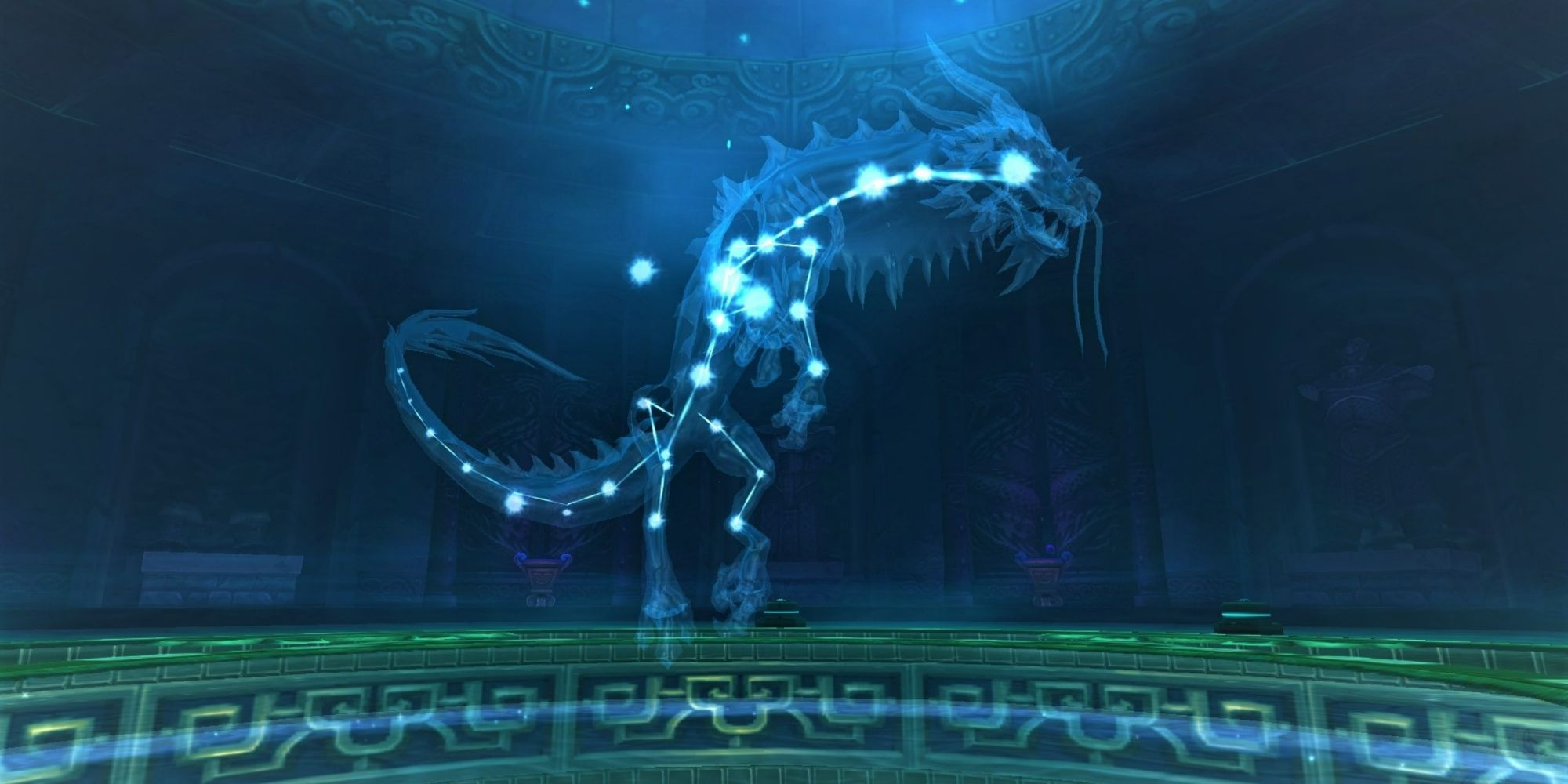 Last up on the list is our second entry from Mists of Pandaria, the Astral Cloud Serpent, which drops off Elegon in Mogu’shan Vaults on all normal and heroic difficulties. True, it is not a unique mount in terms of its model, as it shares the same model as all the other cloud serpents in the game (and Old God mind serpents and Night Fae Wilderlings). However, the cloud serpent mounts are some of the best mounts the game has to offer.

Furthermore, the Astral Cloud Serpent is not only remarkably elegant in terms of its design (you are literally riding a constellation), but it is incredibly unique in this regard, as it is one of two mounts in the whole game that rocks the constellation aesthetic, the other one being the Celestial Steed (a store mount). If you’re going to invest your time into farming any legacy raid mount, this is the one to choose.