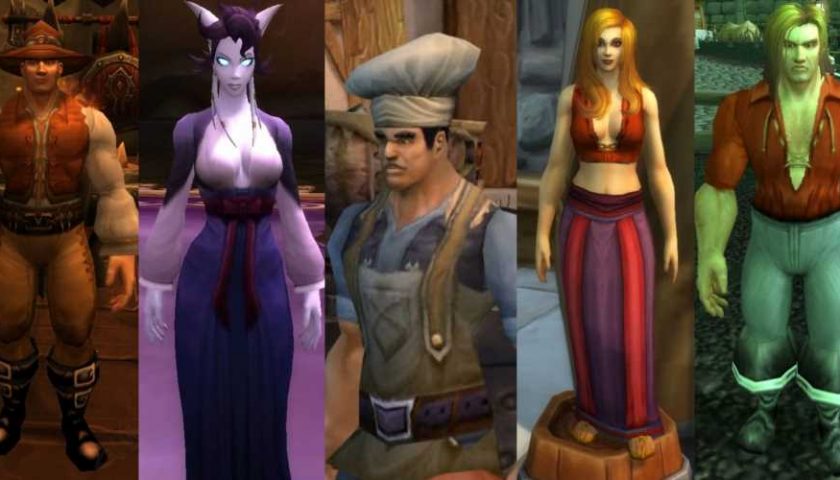 World of Warcraft might have some serious moments, but the wide variety of pop culture references and running jokes tend to remind players they're in an MMORPG and there's another big real world out there. Most of the references are common as opposed to obscure and reach a wide audience, but there are a lot of subtle ones that fly under the radar.

The art of pop culture references has been a part of WoW since it began, which was a contrast to other games that avoided the feature because it broke the immersion factor and made the whole setting and environment harder to take seriously. The tone of WoW tends towards the humorous as opposed to the profound, however, so there are a whole slew of pop culture references if you're paying attention. 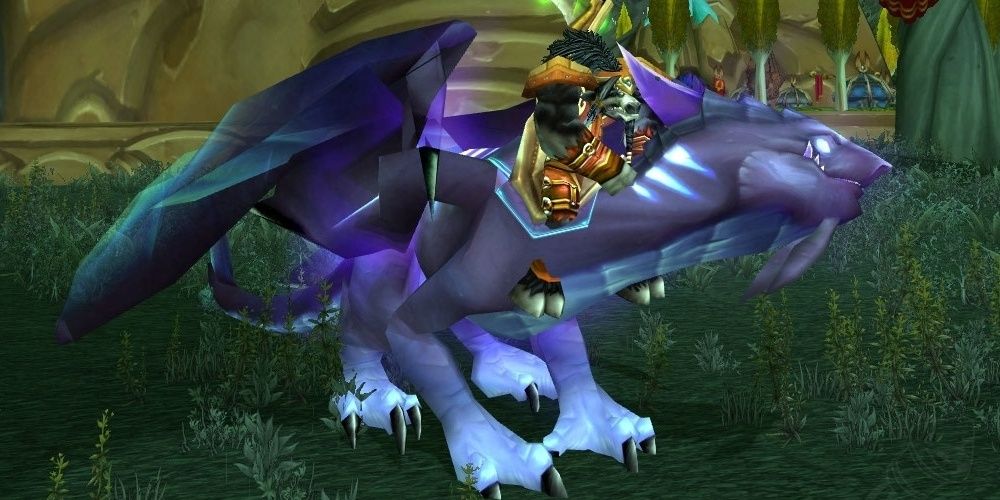 It looks a lot like the name "Maverick" and this is one of the last challenges you'll face when grinding for one of the most popular mounts in the game. The name is a reference to the movie Top Gun, in which an air force pilot named Pete Mitchell, played by Tom Cruise, goes to a top flight school and has some badass adventures.

Once upon an expansion, the Nertherdrake Mount was the hottest mount in Azeroth or Outland and players spent all kinds of time in Shadowmoon Valley grinding to get this mount. Training to have your own was connected to Mulerick's challenges at the flight school. 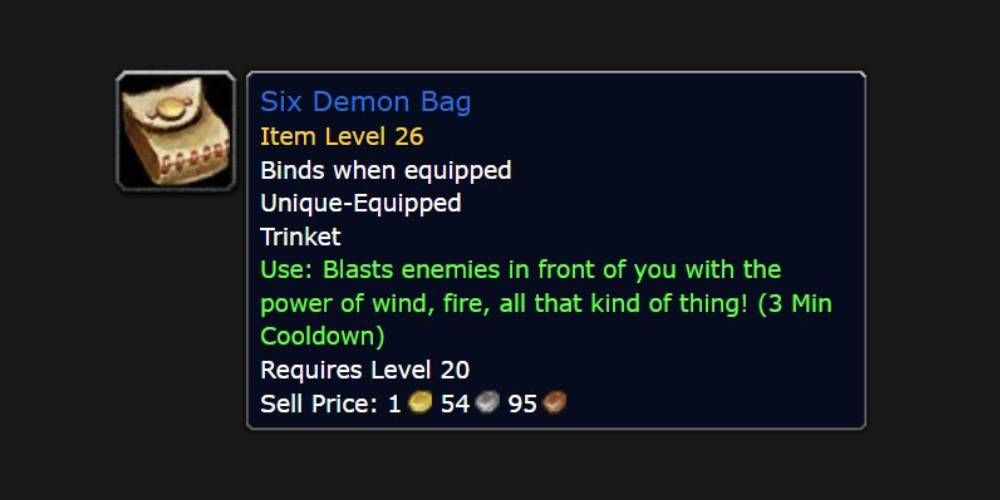 "Wind, fire, all that kind of thing!" It's not only the funny description of this item, it's a direct quote from a movie called Big Trouble In Little China. A horror comedy that combined the best of John Carpenter and 1980s pop-culture shlock, the movie is a cult classic, and the legend lives on with this blue item.

The Six Demon Bag is a nice PVP item and part of the BiS collection for Druids and Mages. It's a more obscure movie and most of the people carrying this love the abilities it gives them but don't know the reference.

This character is a quest-giver and Archaeology profession trainer depending on when or where you run into him. Harrison Jones, whose name is a combination of Harrison Ford and Indiana Jones, appears in the ruins of Uldum and Zul'Drak, just to give some examples, and he's always after some ancient artifact or lost location. In fact, the zone of Uldum is a veritable parody of the entire movie Raiders of the Lost Ark, and includes Sullah and pilot Jock in addition to some human villains that look suspiciously like Nazis.

Harrison Jones could be the most recognizable and popular pop culture reference in the game. Even if you're not old enough to understand some of the classic jokes everyone knows and loves Indiana Jones and Harrison Ford, so it's a win-win. 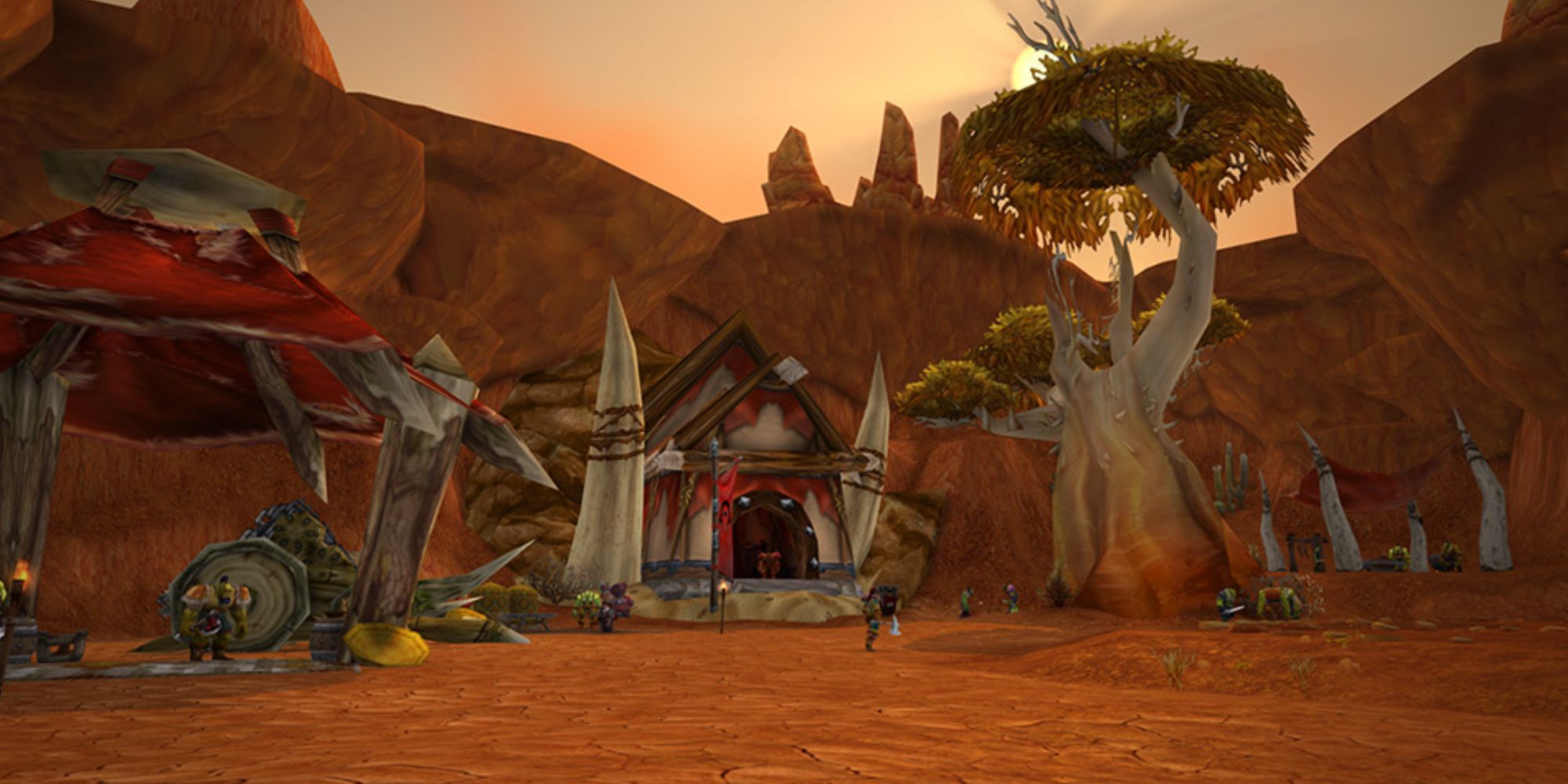 One of the oldest and more obscure pop culture references in the game, the description of the Booterang resonates with those who have seen the movie to which it refers. It says, "This is your booterang. There are many like it but this one is yours."

This is one of the quests you do for the Netherwing grind, and army references seem to abound in this region. The line is from another famous military movie, Full Metal Jacket, with the full quote being, "This is my rifle. There are many others like it, but this one is mine." 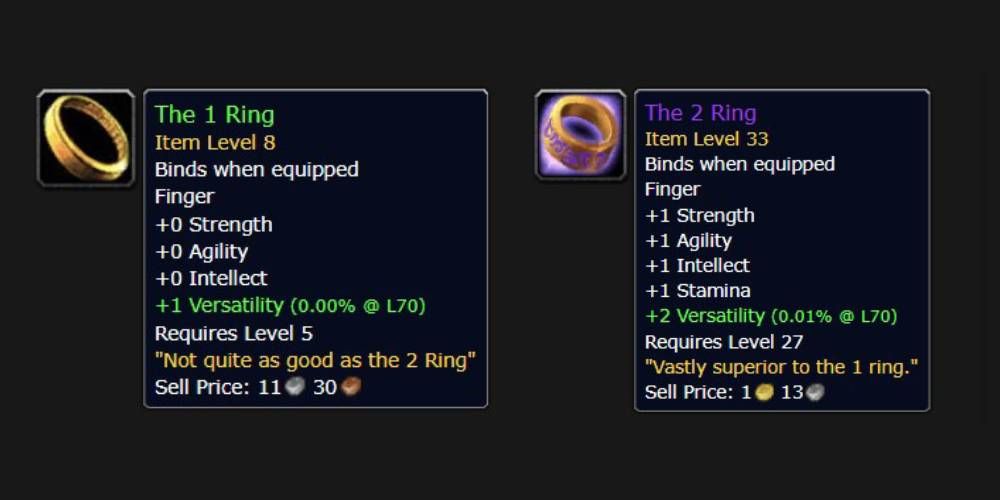 There's also a 2 Ring and a 5 Ring, but the pop culture reference is strongest in this one. You find it the same way Deagol did, by fishing it up by chance, but hopefully, your friends won't have the compulsion to kill you to possess it.

Put all of this together and you have a pretty clear Lord of the Rings reference: "one ring to rule them all and one ring to find them." It's a decent ring, too, buffing up almost all of your character stats, even if it's only a level 15 item. 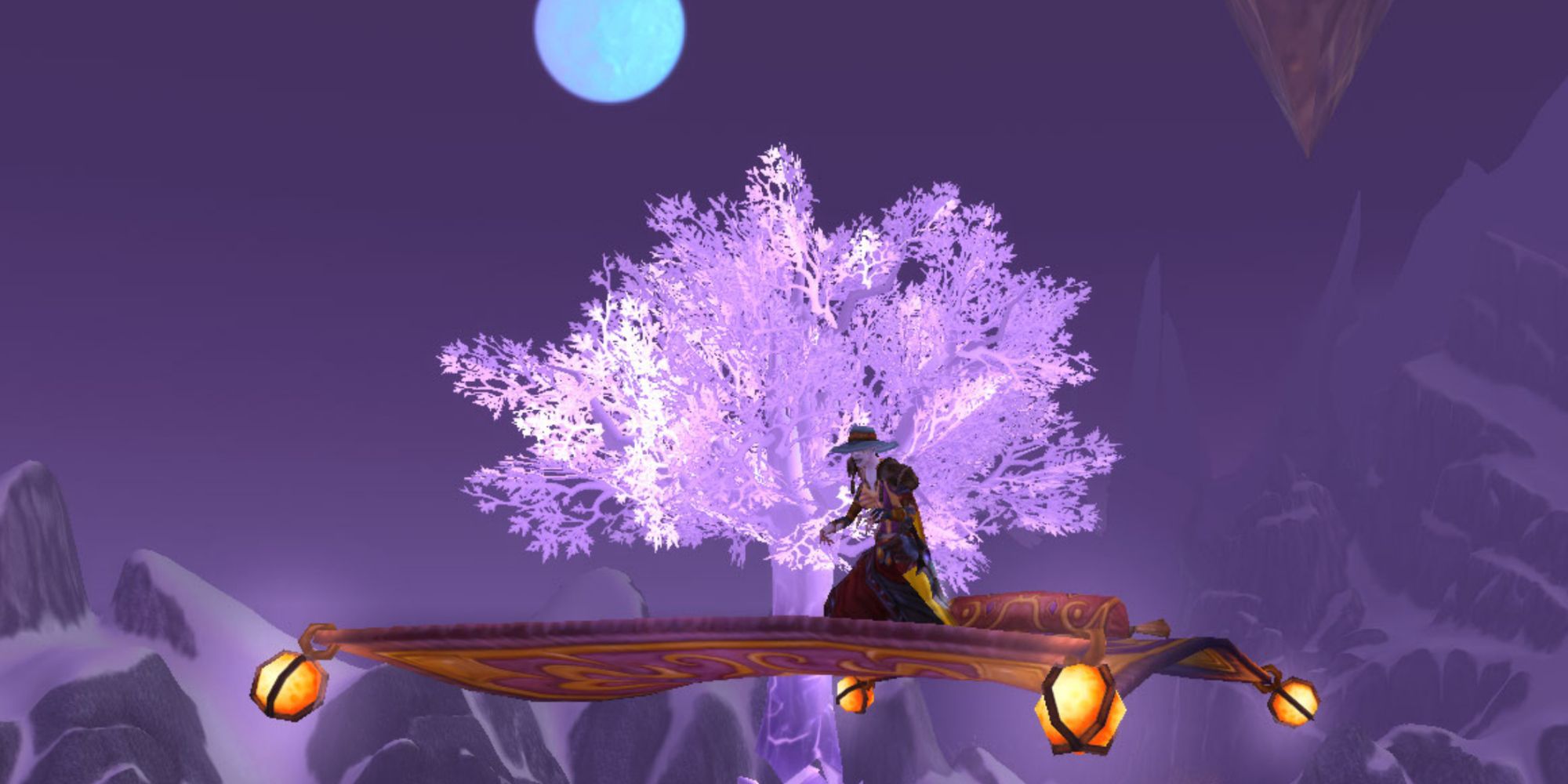 Only Tailors know this pop-culture reference because they're the only ones that can make and ride a magic carpet mount. Now that there's a Genie in Draenor this isn't the only Aladdin reference in World of Warcraft.

It doesn't appear in the item description, but when a Tailor is riding their rug, the buff on top of the screen says, "Don't you dare close your eyes." This is a famous line from the song A Whole New World, which the characters sing during the magic carpet scene in the animated film. 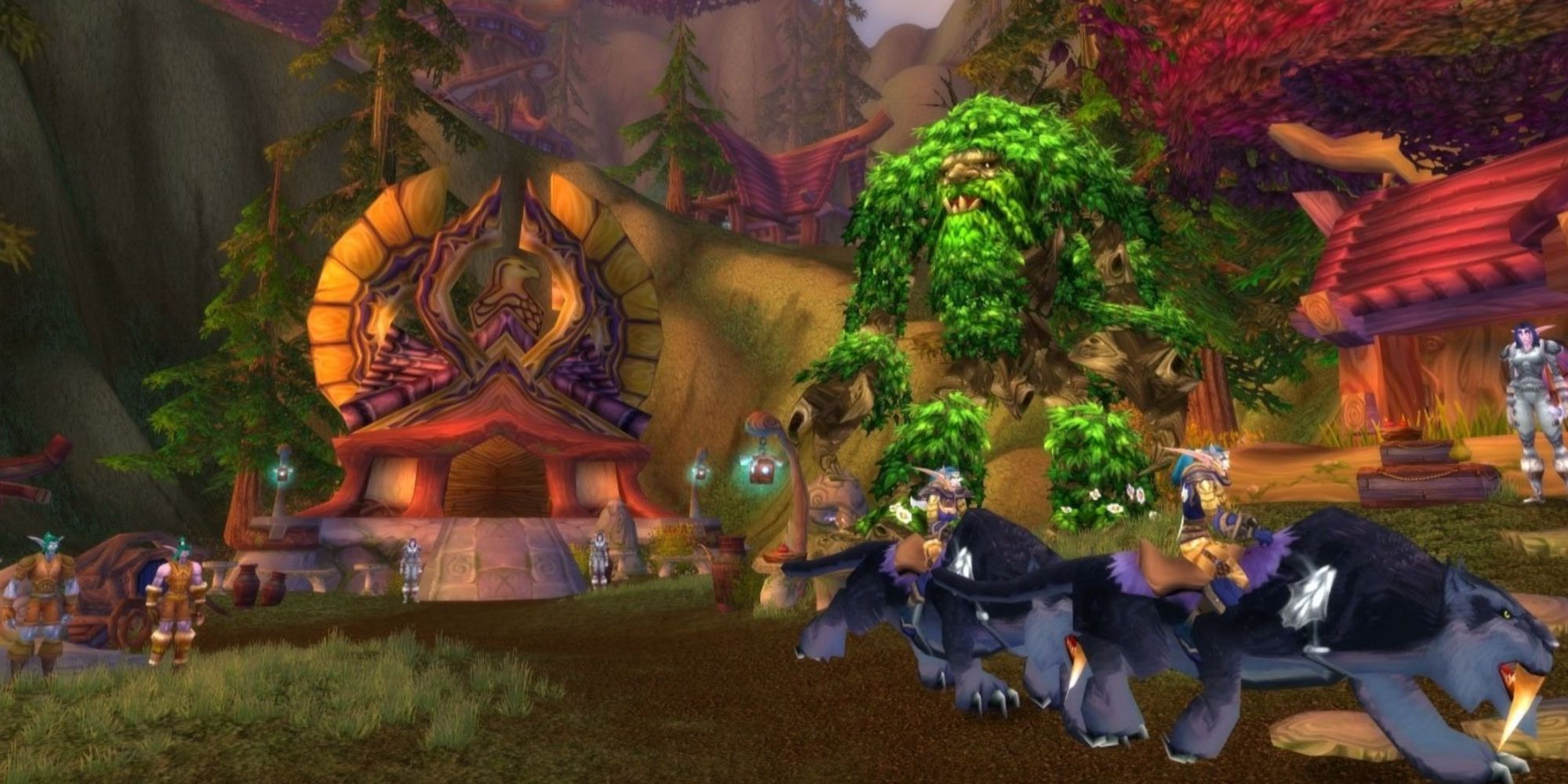 Funny already because these are actually a purple-level item, and the description confirms the pop culture reference in case you didn't already recognize it. It says, "Keep Off." This is a reference to the Elvis Presley song, in which he sings the lyrics "don't step on my blue suede shoes."

These fine cloth shoes are the best-in-slot for many casting classes, so when you get them, the pop culture reference makes even more sense. 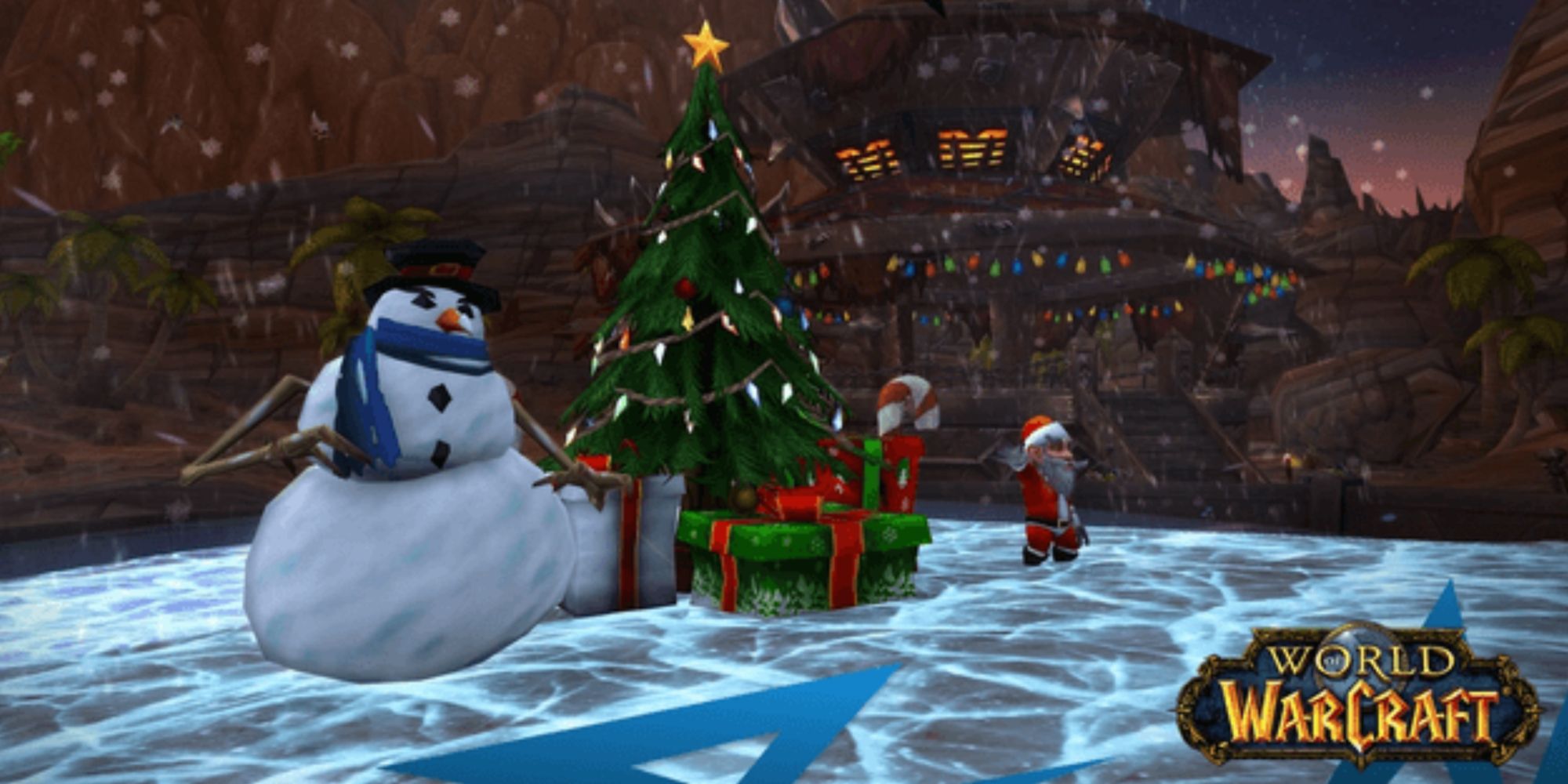 "You'll shoot your eye out, kid," a somber and serious Santa tells Ralphie, right before pushing him down the slide with a shiny black boot. The Red Rider Air Rifle that the protagonist of A Christmas Story wanted so badly as a gift also appears in World of Warcraft.

The description of the item in the game is the detailed description exactly how Ralphie gives it in the movie and cautions the pellet it fires is "mostly harmless."

2/10 Aliens In The Violet Hold 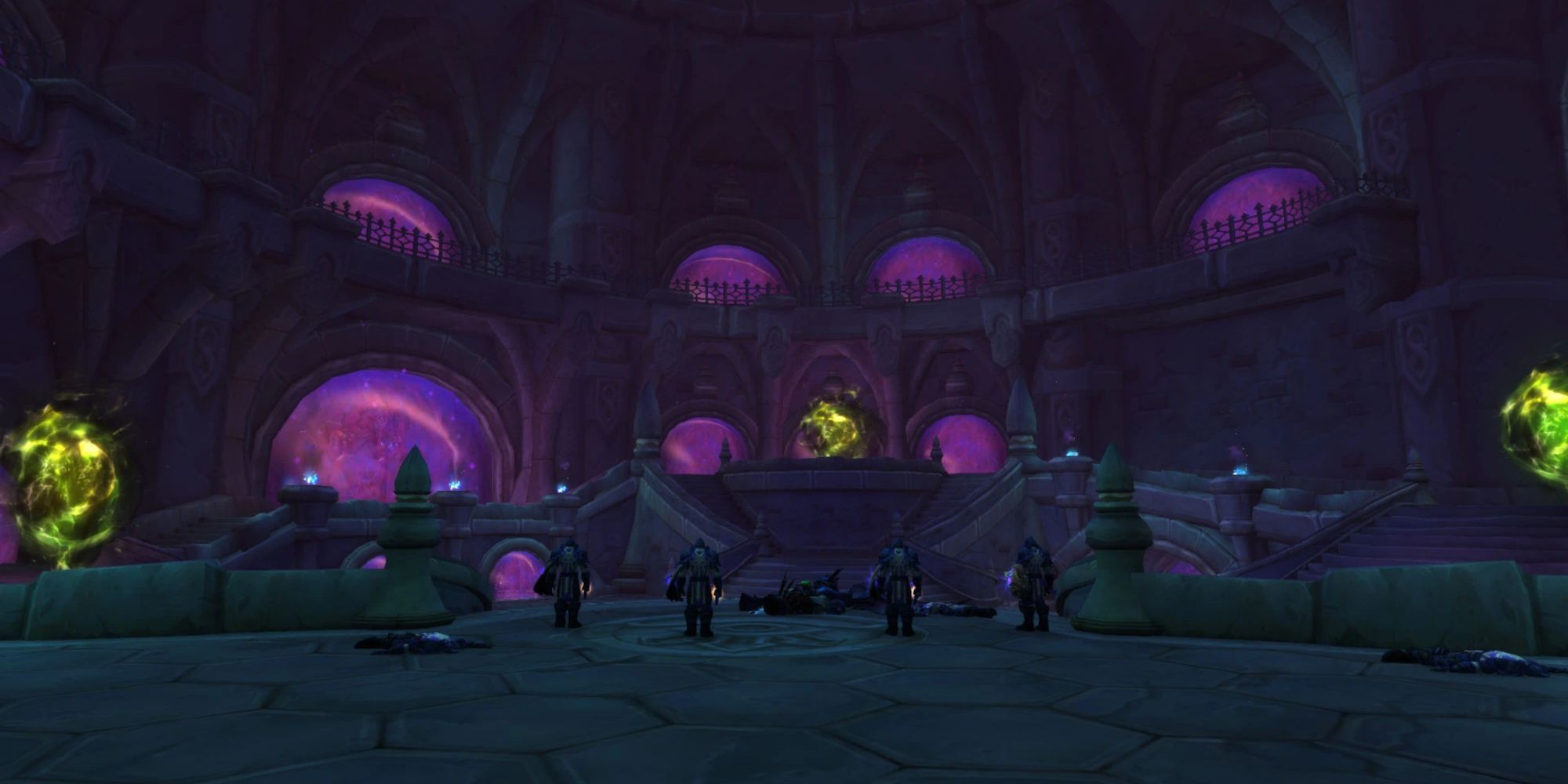 The Violet Hold is a unique dungeon that was introduced with The Wrath of the Lich King expansion. Instead of a long trek through a castle or cave, this was confined to one enclosed room that was more like the hold of a spaceship.

When your party enters the dungeon, someone has to speak to the head guard, a mage named Lieutenant Sinclari, to activate the timed events. She says, "Prison Guards, we are leaving." This is a reference to the line in Alienswhen Corporal Dwayne Hicks gives a similar command; "Marines, we are leaving!" 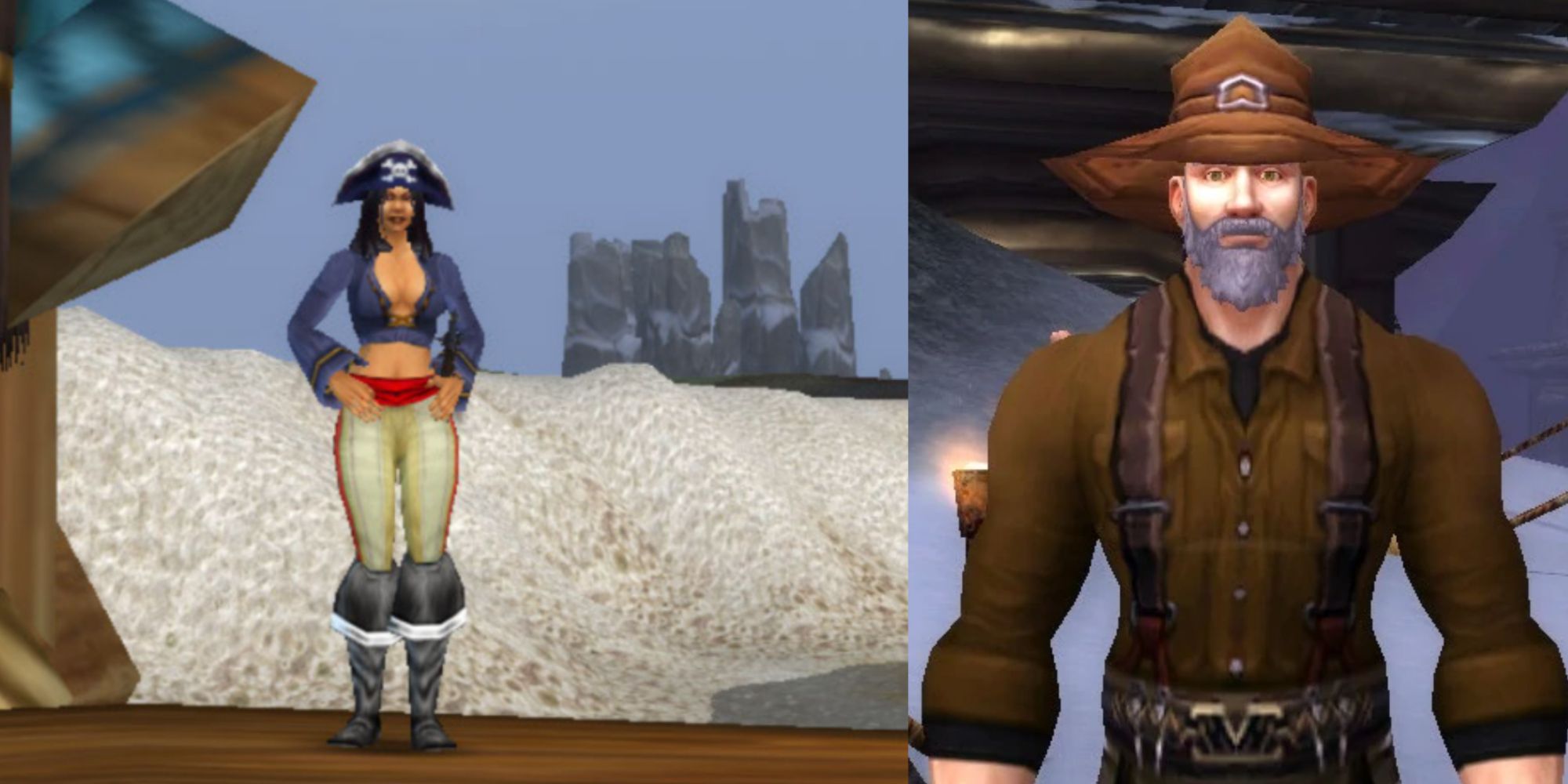 Hey guys, remember Chester Copperpot? He was a pro and he made it all the way to Ulduar! Now he sells his wares to both Horde and Alliance players and has plenty of protection. Honestly, it seems an odd place for this character to end up, with no pirate ship in sight, but maybe he wanted to get away from all that.

Chester Copperpot was a character that was mentioned in the iconic 1980s adventure movie, The Goonies. He was featured in a newspaper clipping that inspired the boys of the Goon Docks to search out the legendary treasure of One-Eyed Willy.