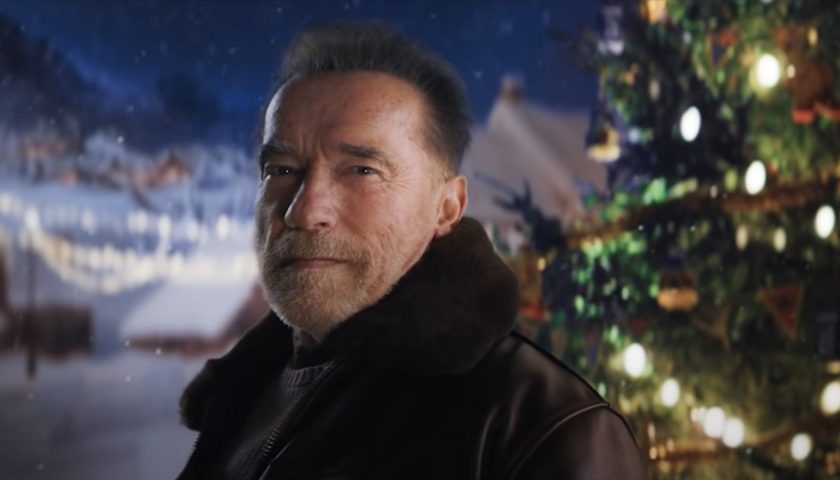 World of Tanks seems to be making celebrity endorsements an annual event. Last year, Wargaming digitized Chuck Norris and made him hand out gifts to players all December long. This year, they managed to snag the former governor of California and timeless action star Arnold Schwarzenegger to star in a Hallmark-style Christmas advertisement.

"During this magical season, your fondest wishes will come true, even those from your childhood," reads the video description. "Set out on a holiday journey with our new guest, Arnold Schwarzenegger. Bring holiday cheer to you and your loved ones, and get ready to celebrate Holiday Ops in good company."

The ad itself doesn't show what's on offer for Holiday Ops 22. In fact, it doesn't even feature any tanks at all. Arnold just shows up in a chopper and makes little Johnny's day, and then he sort of stands around looking vaguely benevolent, like this Hallmark village is blessed by his very presence.

If it's anything like last year, Holid Ops 22 will give out daily rewards. We already know there's a World of Tanks Advent Calendar event with sales on a new tank every day, and there's also supposed to be 12 days of Tankmas coming (according to The Daily Bounce) with Twitch drops for partnered streamers. Expect Wargaming to dish on more details soon.

In other tank-adjacent news, here's hoping the guy who dropped classified documents into the War Thunder forums isn't spending Christmas in a cell. Apparently, someone with access to British Army documents managed to upload several docs to the forums in an effort to prove the game's British tanks aren't performing the way they do in real life. As if real-life performance was ever a concern for War Thunder.

The documents were classified which means War Thunder could have gotten in huge trouble if they were disseminated far and wide. The devs took down those docs pretty quick, although you can still read the conversation over on the forums.