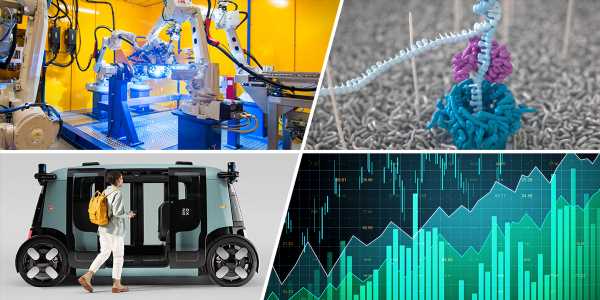 “The story of GTC is in many ways the story of NVIDIA, and it’s also the story of what’s happening in technology,” says Greg Estes, VP of corporate marketing and developer programs at NVIDIA.

Twelve years ago, GTC began as a conference focused squarely on GPUs, and at that time, that meant primarily graphics and gaming. “But then people figured out that GPUs are the perfect architecture for AI,” says Estes.

The week-long event kicks off with a keynote on April 12 at 8:30 a.m. PDT with NVIDIA’s CEO and founder Jensen Huang. Along with exciting announcements, he’s set to share the company’s vision for computing that scales from the edge to the data center to the cloud. Following the keynote are panels from the world’s leading researchers along with thought leaders from top companies, including Adobe, Amazon, Facebook, GE Renewable Energy, Google, MIT, Microsoft, Salesforce, and Stanford University.

“We bring together the people who are taking the leading edge of technology and making it deployable across businesses and industries of all kinds,” Estes says. “You’ll hear everything from bleeding edge, just-invented-last-week technology to the platform solutions that can be securely deployed in your data center. There’s no other place you’ll find this huge range of insight and expertise.”

That’s why GTC has grown so large, from its 2009 debut in a San Jose hotel ballroom to the sprawling behemoth that will attract more than 100,000 attendees and an A-list line-up of speakers this year.

“GTC has now become a magnet for business leaders, developers, and startups to talk about what they’re doing as they implement AI and data science across their work, from health care, automotive and transportation to energy research, retail, media, and entertainment,” says Estes.

“The Da Vincis and Curies of our time are at GTC,” he adds. “Where else do you get to hang out with those people?”

In addition to the vast breadth of topics, the conference is putting emphasis on two major tech topics this year: autonomous vehicle technology and health care.

Autonomous vehicle tech is evolving rapidly, and so is the industry. AI is creating an opportunity for new entrants into the field, shaking up a playing ground that had long been dominated by the major auto players, and opening new business models to automakers. This year, leading thinkers from two dozen autonomous vehicle startups including Aurora, Cruise, and Zoox will be presenting, Estes says, alongside the world’s largest automakers, including Audi, Ford, Toyota, and Volkswagen.

“When you think about the toughest problems in AI, autonomous vehicle technology is far and away at the top of the list,” he says. “As a research area, dealing with the complexity of the neural networks, sensors, and data, plus keeping things secure, is very rich.”

In the health care arena, AI has played a major role in everything from COVID-19 research to cancer detection, genomics, and more, all the way through climate studies and other essential research on the many things that impact human health. Several NVIDIA Inception startups, the company’s AI startup acceleration platform, are leading the charge in health care.

“The diversity of health care research comes together at GTC — the combination of researchers, doctors, and companies focused on drug discovery is unique compared with other health care conferences,” Estes says.

NVIDIA is committed to making GTC a forum for all communities to engage with the leading-edge of AI, data science, and other ground-breaking technologies, Estes says. “These world-changing technologies affect everyone, which means it’s more important than ever to ensure everyone’s voices are heard.” Overall, GTC attracts attendees from 165 countries.

“We’ve been doing a lot of work to make GTC more inclusive for women, underrepresented communities, and developers from emerging countries,” Estes says. “We have an amazing and diverse group of speakers to inspire the next generation regardless of what they look like or where they come from.”

That includes several hundred women speakers, including Hildegard Wortmann, on the board of management at Audi; Victoria Uti, director and principal research engineer at Kroger Technology, and Amy Bunszel, senior vice president of product at Autodesk.

NVIDIA’s inclusion efforts also encompass outreach to developers in emerging technology centers, including Africa, Latin America, and southeast Asia, for which they will feature the work of startups and rising developers building AI in their regions.

GTC will also highlight innovative work being done by scientists such as Dr. Nashlie Sephus, who is transforming 12 acres of abandoned land in Mississippi into a $25M tech hub, as well as Black futurist Justin Shaifer, and the Hip Hop MD, Maynard Okereke, as they co-moderate a panel on the importance of educating youth to be more AI literate. There will also be networking opportunities for underrepresented communities, including GTC’s popular Dinner with Strangers series. The series provides an opportunity to meet new people who share similar interests, build connections, and foster career growth.

Get all the details about GTC 2021 right here. Registration is free.

VB Lab Insights content is created in collaboration with a company that is either paying for the post or has a business relationship with VentureBeat, and they’re always clearly marked. Content produced by our editorial team is never influenced by advertisers or sponsors in any way. For more information, contact [email protected]