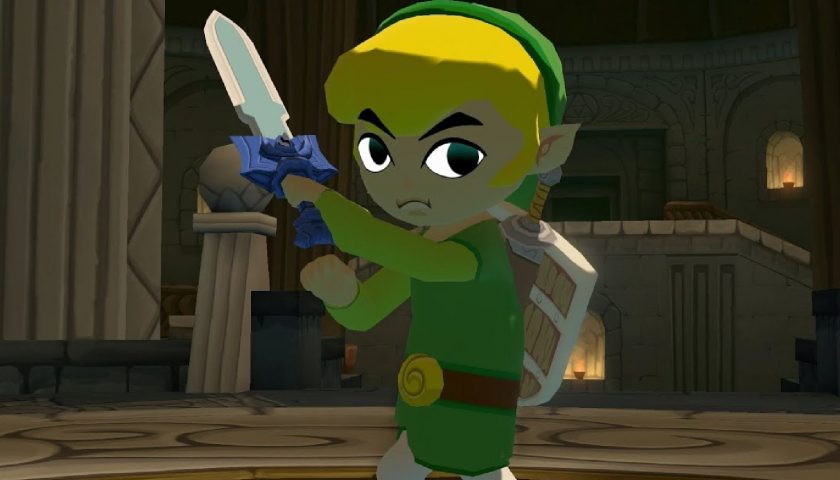 Wind Waker is 20 years old now but that isn't stopping fans from finding fun ways to freshen it up. One such fan has put together a romhack that adds over 10,000 lines of dialogue, giving Wind Waker a more comedic edge.

"Oi, did you just wake wind?" one NPC asks Link in the trailer. "You did, di'n't you? You tosser. That's disgustin'." The bird man then flies off, leaving Link alone to question what kind of adventure he's about to stumble into this time – it's hardly something Nintendo would write, approve, or even consider, but it's out there in the world now (thanks, Kotaku).

Coming from the mind of aproxm, The Wind Waker Rewritten lets you "experience the Great Sea in an entirely new and unprecedented way… [It] takes the dialogue from the original Gamecube classic and rewrites it from front to back to tell an entirely different, unique story within the same framework of the game you know and love."

Cutscenes have been reimagined, some textures have been edited, and there are new video files. It's all designed for "newcomers and series veterans alike." Although, if you tell any Zelda fans this is how you first experienced Wind Waker, you might get some eye rolls.

In the trailer, Link gets called a "Gnome child", the boat says "Howdy", merchants poke fun, Club Mob says "no Humans", people compliment you on your hat, an old woman loses her handcuffs, NPCs get fussy about their lawns, people are losing their souls, kids are getting into philosophy, barkeeps want to keep away kids, and more. It's a very different vibe.

But if it's a vibe you fancy giving a shot, aproxm has put together a tutorial on their YouTube channel that walks you through installing it. All you need is a laptop or PC, the romhack, a few minutes, and you're off, adventuring across the high seas in a world where everyone's a little blunter with Link.