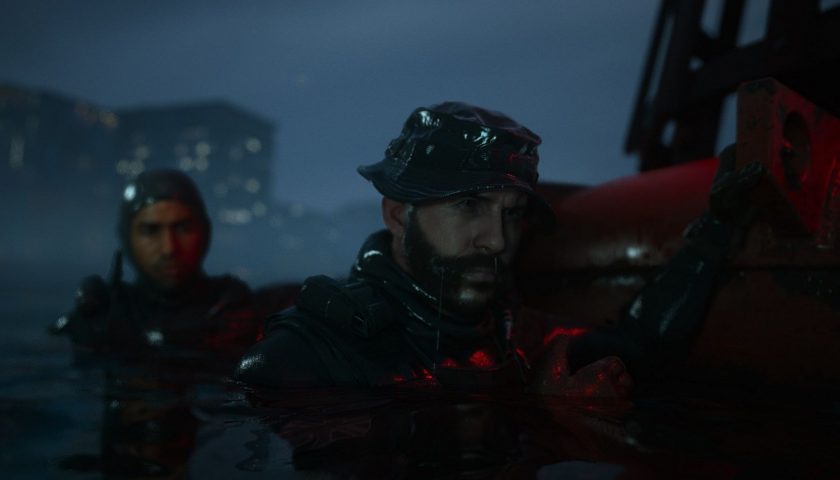 Captain Price has been through a lot. He’s done time in Russian gulags, taken on hardened war criminals in hand to hand combat, and infiltrated Chernobyl with a trusty .50 Caliber sniper rifle. In Modern Warfare II (not to be confused with Modern Warfare 2 – I’ll stop making this joke when publishers stop giving their games stupid names), he takes on his toughest mission yet: a stealthy water level.

Stealth levels are notorious in this genre, and very few games successfully pull them off. Unless you’re Solid Snake or Agent 41, it’s probably going to be a dud, sorry. If there’s one type of level with a worse reputation, though, it’s water levels. For every Great Bay Temple there’s a Water Temple – or multiple Water Temples, most of which are pretty awful. So why would Call of Duty attempt such a complicated feat in combining the two?

I guess there’s an element of risk versus reward. If, somehow, the developer managed to craft two of the most notoriously difficult level types into a memorable masterpiece, it would be heralded an all-time great, up there with the Clockwork Mansion and Sapienza. Unfortunately, it’s terrible. 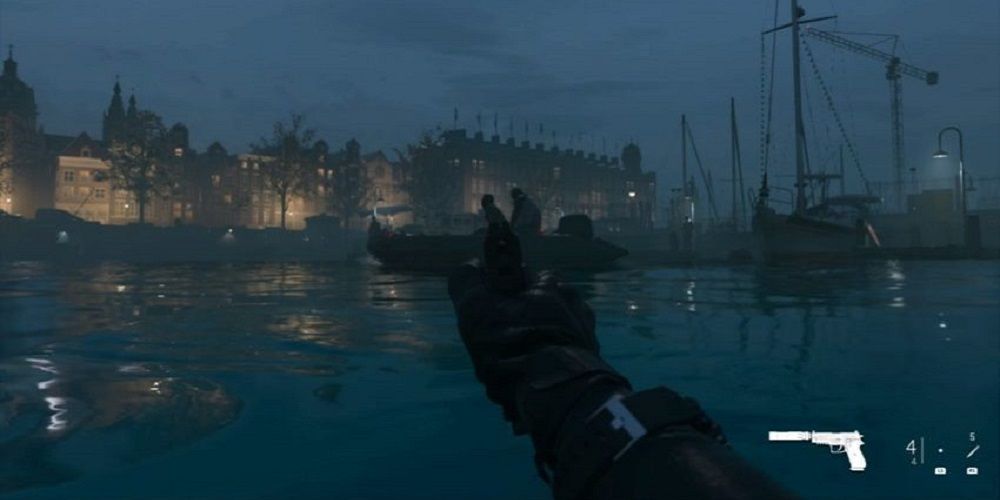 The level starts off badly, with a mistake drying Captain Price’s sodden bucket hat in seconds in the opening cutscene. That’s just funny to see though, and wouldn’t ruin the level for me. But it plays just as poorly as the cinematic looks. Swimming is fine, and diving underwater to avoid sightlines is quite clever, but the main problem comes from your limited number of throwing knives.

If you use your throwing knife to take out a guard, you have to exit the water to retrieve it. There are more guards than you have knives, so you need to retrieve most of them before progressing. Unfortunately, there are a few problems with this. Firstly, mantling the jetties from the water is difficult, and only works half of the time. Smooth, functional mechanics are a necessity in stealth environments, and a single failed mantle can be the difference between staying out of sight and being spotted by the guards roving on a speedboat.

If collecting your throwing knives doesn’t really work, then you can grab a guard’s gun. Most of them carry SMGs, and taking these defeats the purpose of the mission on a number of levels. Firstly, you’re not really being stealthy when you’re spraying magazines of ammo at oncoming guards. Secondly, the shooting is impressively stupid in this level, as if the developer didn’t take the time to think about how guns and water would interact. I’ve already written about how Modern Warfare 2 (look, just don’t) combines the most realistic graphics with the most unrealistic mechanics, level designs, and story, but reloading your gun underwater takes the piss. And that’s before you take into account the fact that the police don’t turn up to a gunfight in the centre of Amsterdam. 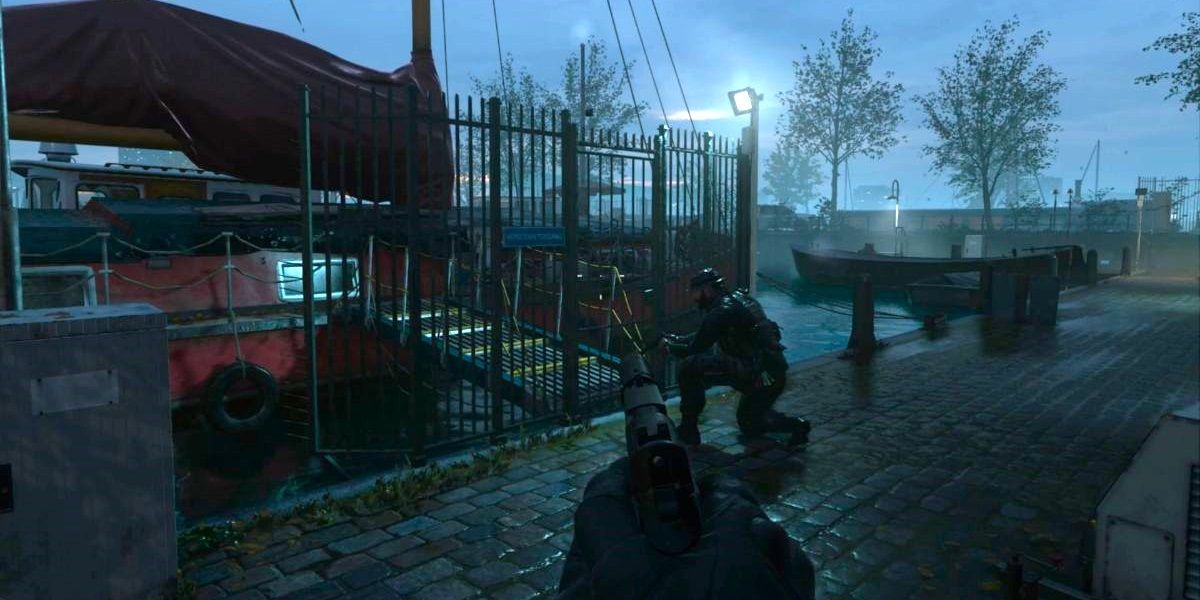 Most of all, I wanted to Hitman this level. As an IO Interactive sandbox, the dark Amsterdam canals could be brilliant. As a Call of Duty level, though, you can’t interact with any of the cupboards or hide in any nooks or crannies. You can’t take enemies out with lifebuoys or screwdrivers, and you can’t even drive the speedboat that the guards are on. Too many times I’ve loaded up a level in Modern Warfare II and wished I could play Hitman there instead. It’s a beautifully rendered world, but there’s little to do.

The guns feel good, and shooting enemies is crunchy and exhilarating, but the levels are uninspired. However, maybe the mundane missions are a good thing. When Modern Warfare tries to do something new, it just doesn’t work. The swimming didn’t work and the stealth didn’t work. The level didn’t work. Shooting a few blokes in the face inside a tugboat at the end didn’t change my mind on that. In fact, the only thing this mission had going for it was that it was short, and that says it all really.