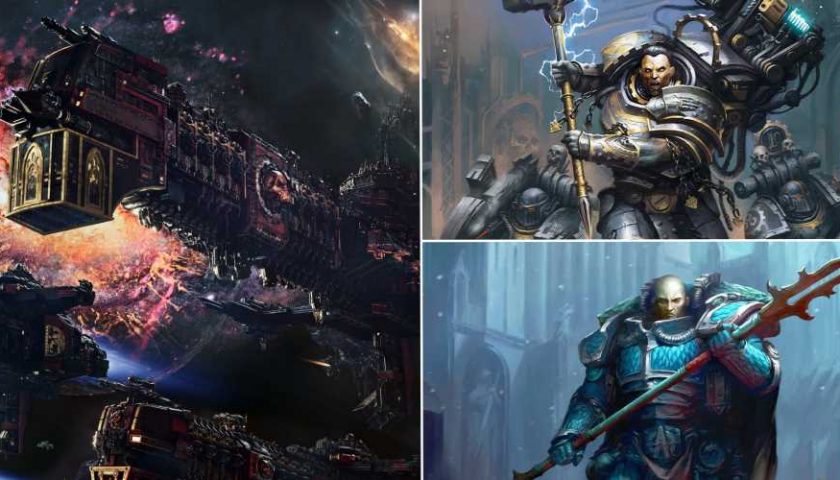 The Space Marines, genetically-enhanced super soldiers sworn to defend the Imperium, are synonymous with Warhammer 40,000. Originally divided into twenty Legions, each with distinct lore, history, and tactics, they're the best-known faction in the game. Even players of other armies have a favorite Space Marine Legion, or one of the Successor Chapters descended from them.

We've matched twelve of the original Legions, dating back to before the Horus Heresy, with their zodiac signs. Find your birthday on the list below and ready your Power Armor – does your sign side with the Emperor, or align with the forces of Horus? 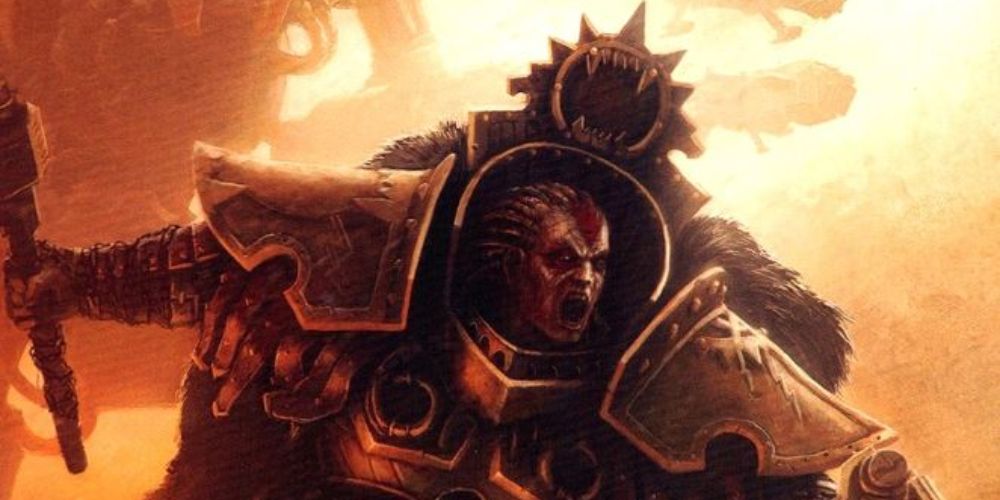 Rushing headlong into battle, the impulsive World Eaters' approach to warfare is perfect for Aries. Where other Space Marines rely on rigid doctrine, the World Eaters operate on instinct, and they get results. Like Aries, they are fast to act and seize the initiative at every opportunity.

Aries are usually considered reckless, but that might be too soft a term to describe the World Eaters. Their founder, Angron, was probably an Aries himself. Competitive and always spoiling for a fight, he resented the Emperor for saving his life on his homeworld of Nuceria, thus denying him a glorious death in battle. 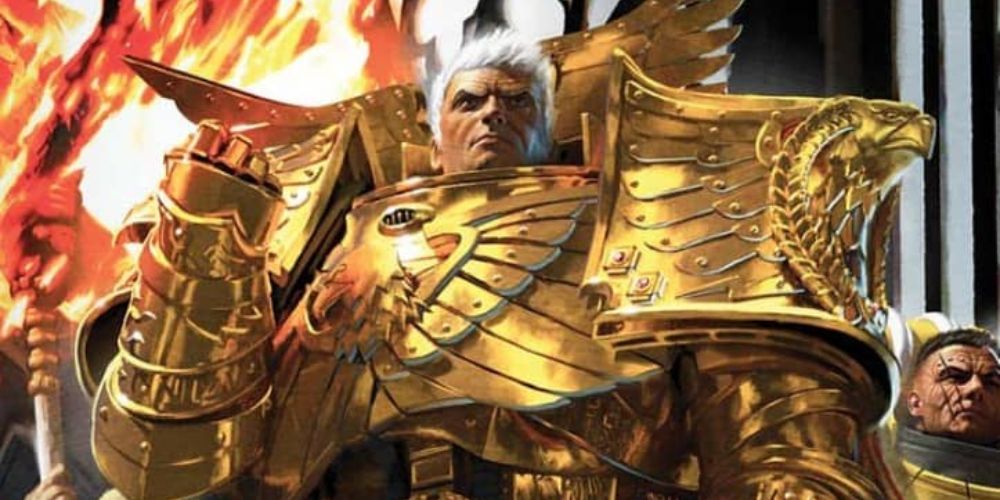 Dependability and stability are the bywords of Taurus, and the Imperial Fists match that description perfectly. The yellow-armored Space Marines never faltered in their loyalty to the Emperor, and still dream of unifying humanity under the Imperium. Their Primarch, Rogal Dorn, was so tough and resolute that he was said to be made of stone.

Taurus take matters at a steady pace, laying a strong foundation and making sure they get it right the first time. By the same token, the Imperial Fists are famed for their impenetrable fortresses. Given time to dig in, there isn't a force in the galaxy that can dislodge an Imperial Fist – or a Taurus – from the things that are important to them. 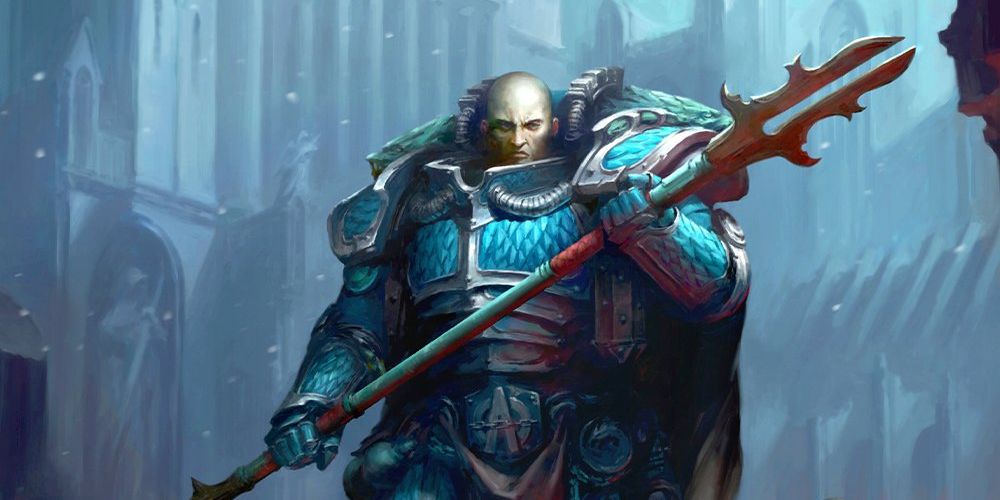 The Alpha Legion are known for being mysterious and inscrutable, but they're hidden in plain sight throughout the galaxy. The Alpha Legion make heavy use of agents and infiltrators whose quick thinking and peerless social skills let them lay the groundwork for any operation. With their adaptable nature, Gemini could easily find a place in Alpha Legion's ranks.

Unknown to many, the Alpha Legion actually had two Primarchs, the twins Alpharius and Omegon. Omegon's existence was kept secret, and every member of Alpha Legion was modified to look exactly like Alpharius so that nobody would know who the real leader was. With so many twins, it's no wonder Alpha Legion make perfect Gemini! 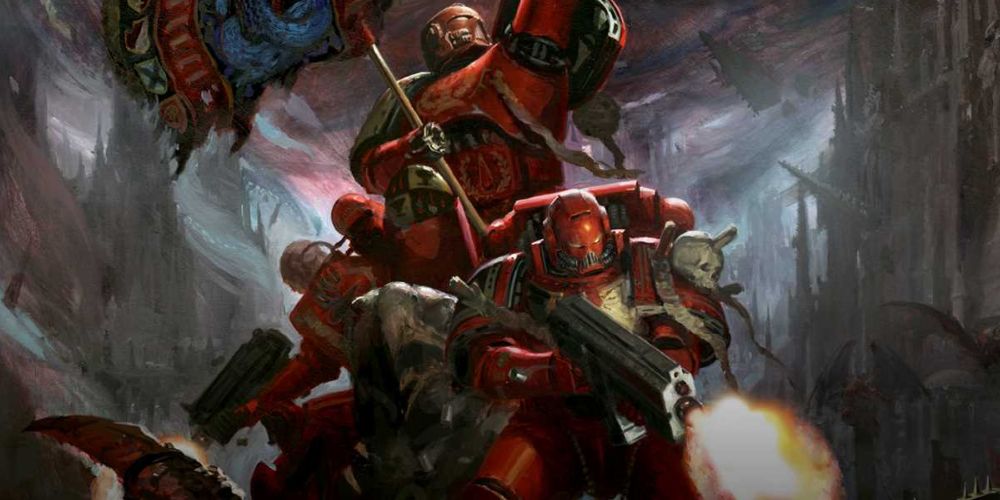 The Blood Angels are among the most renowned of all the Space Marine Legions, having served the Emperor since the Unification Wars. Like Cancer, they are bright and loyal, protecting those around them from whatever comes their way. Sanguinius, the Primarch of the Blood Angels, died protecting the Emperor at the Battle of Terra.

Cancer tends to be in touch with their emotions, and the Blood Angels are always mindful of themselves, even in the heat of battle. Cursed with an affliction called the Black Rage, the Blood Angels carefully monitor themselves for signs that they may be overcome and take steps to prevent it. 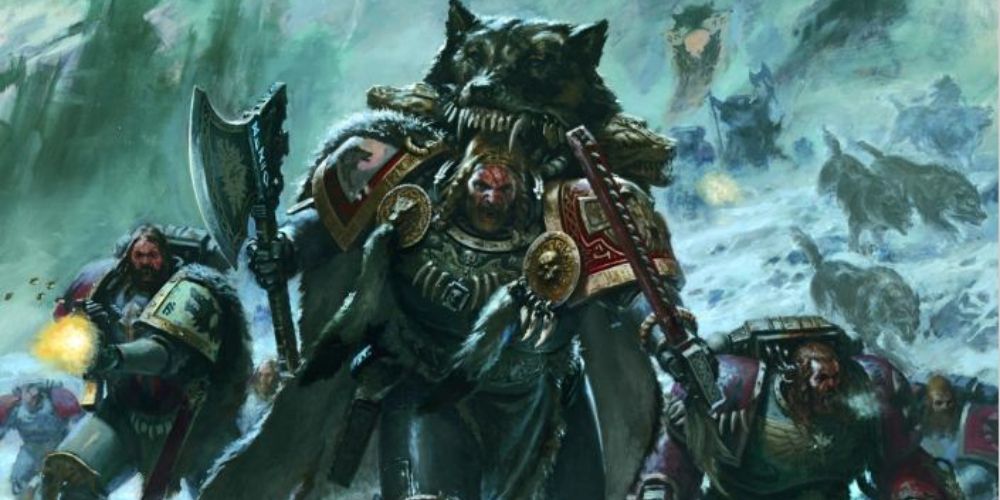 With their boisterous attitude and aggressive battle tactics, the Space Wolves are consummate Leo. Their fiery personalities are infectious, though they might have trouble finding others who can keep up with them. When the Space Wolves arrive on the scene, everyone knows it, and the same is true of Leo.

Leo forges their own path, and it's inevitable that everyone else will feel compelled to watch. Similarly, the Space Wolves founder Leman Russ swore to make his own way in the galaxy after letting himself be manipulated by Horus instead of trusting his instincts. As a result, the Space Wolves are now among the most unique of the Imperium's Space Marines. 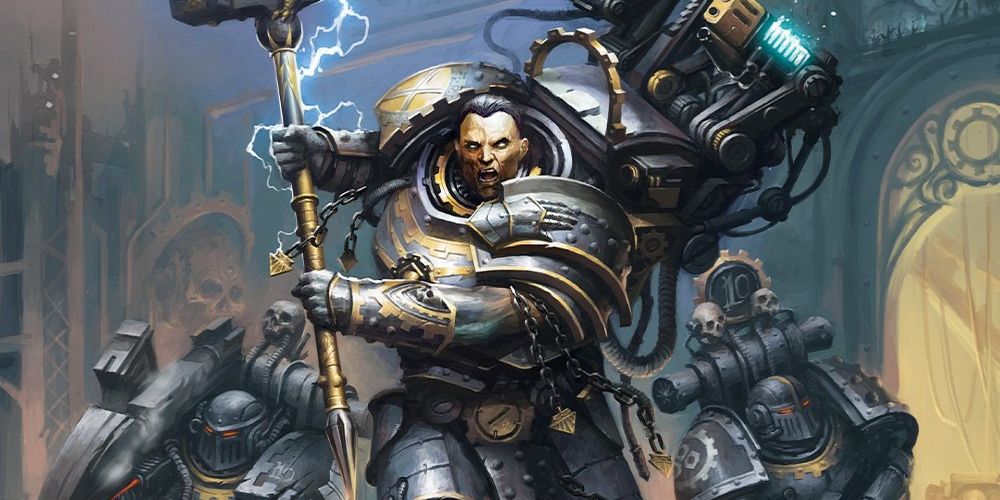 Hard-working and precise, Virgo is a perfect fit for the Iron Hands Legion of Space Marines. Working closely with the Tech-Priests of the Adeptus Mechanicus, the Iron Hands make heavy use of cybernetics and advanced technology to give them an edge in battle. The Iron Hands' fortresses are marvels of engineering, requiring Virgo's dedication to detail to build.

After nearly being destroyed during the Horus Heresy, the Iron Hands rebuilt their strength, their singular goal to prevent a similar tragedy from ever happening again. The Iron Hands demand perfection in everything, and are willing to reconstruct their bodies with mechanical parts to weed out biological weaknesses. Similarly, Virgo doesn't settle for "second best" or "good enough." 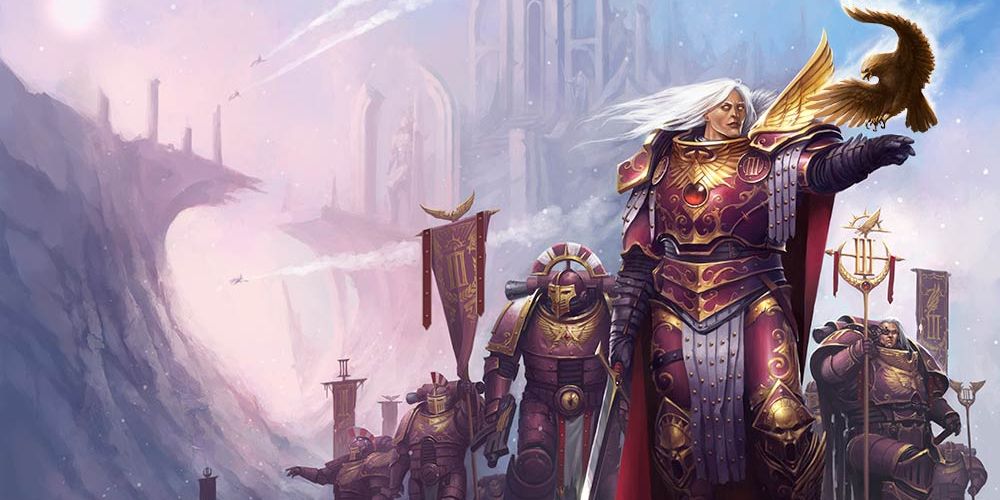 When Horus declared his intention to overthrow the Emperor, the Primarch of the Emperor's Children, Fulgrim, tried to reason with him. Horus convinced Fulgrim to join the rebellion instead, but even during the war Fulgrim initially had difficulty fighting his former comrades. Likewise, Libra can be somewhat indecisive, trying to satisfy every side of most issues. 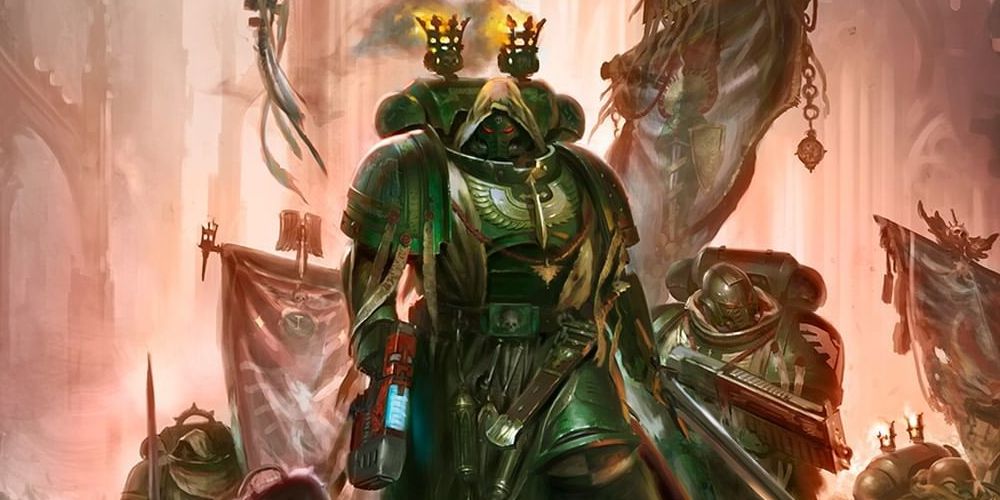 The first Legion to be formed, the Dark Angels use a mix of standard tactics and unorthodox doctrines, getting the job done by whatever means necessary. However, like Scorpio, the Dark Angels don't like to ask for help, even when they really need it.

During the Horus Heresy, a schism erupted within the Dark Angels; Luther, a high-ranking commander who had been left to defend the Legion's homeworld, betrayed his Primarch and seized the planet for himself. Ever since, the Dark Angels have been relentlessly hunting the rebels while working hard to keep the rest of the Imperium from finding out about their betrayal. 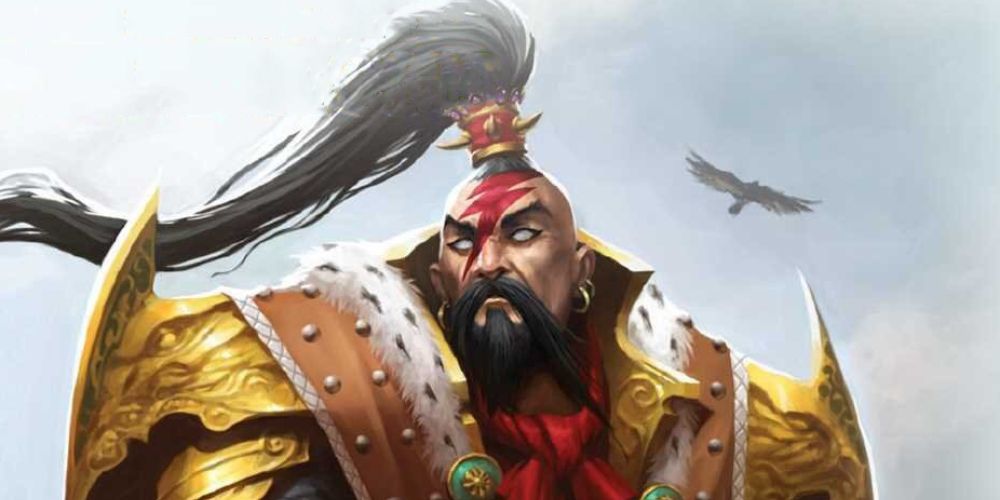 Free-spirited adventurers like Sagittarius might not have a place in most Space Marine Legions, who normally value discipline and uniformity, but the White Scars are a notable exception. Drawing on the nomadic lifestyle of their homeworld, the White Scars practice mobile warfare while taking time to practice hunting, poetry, and other traditions.

During the Horus Heresy, the White Scars' Primarch Jaghatai Khan was forced to make tough decisions. Stuck between rescuing the beleaguered Space Wolves from a surprise attack or rushing home to Terra to help the defense of the Imperial capital, Khan chose the latter. Sagittarius makes friends easily and can sometimes second-guess themselves, and Khan's decision to abandon his brothers-in-arms the for the greater good ate away at him for a long time. 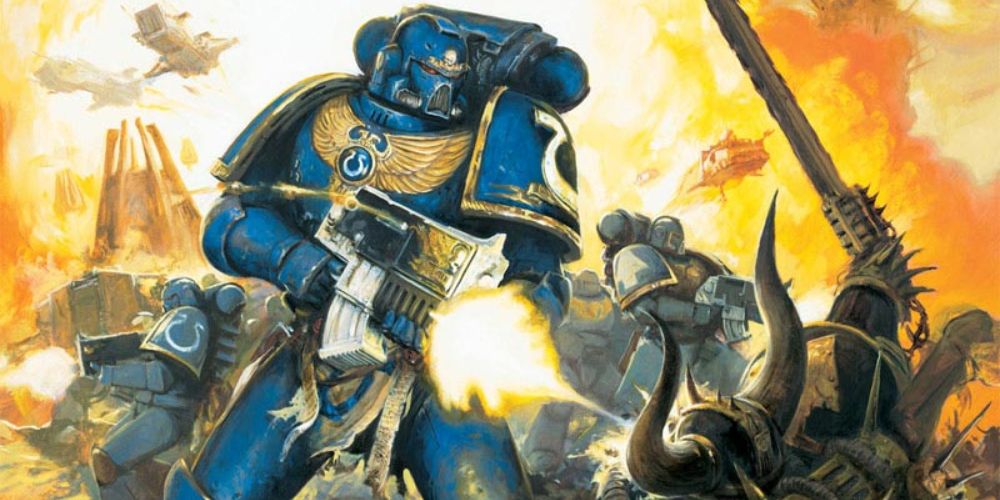 Capricorn does things by the book, but that's usually because they wrote the book in the first place! A natural leader, Capricorn was practically made for the most famous of the Space Marine Legions, the Ultramarines. The Ultramarines are the model on which later Space Marine Chapters would be built, just as anyone looking to succeed would do well to emulate Capricorn!

The Ultramarines were instrumental in defeating the Horus Heresy, and in the aftermath it was their Primarch, Guilliman, who reorganized the Space Marine Legions into the smaller Chapters that exist in the main Warhammer 40k setting. Taking charge and getting things done is second nature to Capricorn. 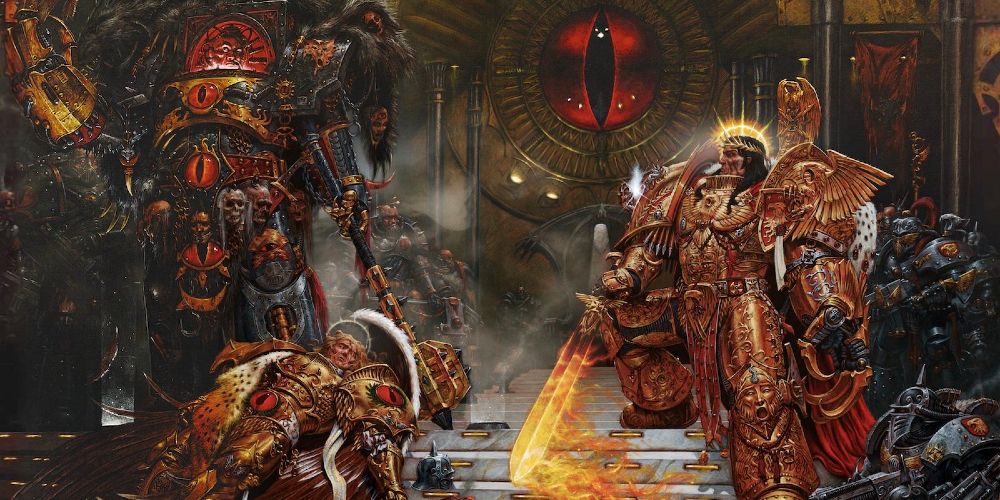 Like their leader, the Luna Wolves valued honesty and idealism, and they believed fully in the Emperor's cause. However, when Horus discovered that the Emperor's intentions may not have been entirely noble, he decided that the right thing to do was overthrow his lord and take power for himself. Likewise, Aquarius always does what they think is right, regardless of how others might perceive their decision.

When Horus began his rebellion, the Luna Wolves changed their name to reflect their loyalty to him. The Sons Of Horus were eventually defeated and Horus killed in battle, but would regroup as the Black Legion. Whatever their name, these Space Marines have never held back from expressing their beliefs, just like Aquarius. 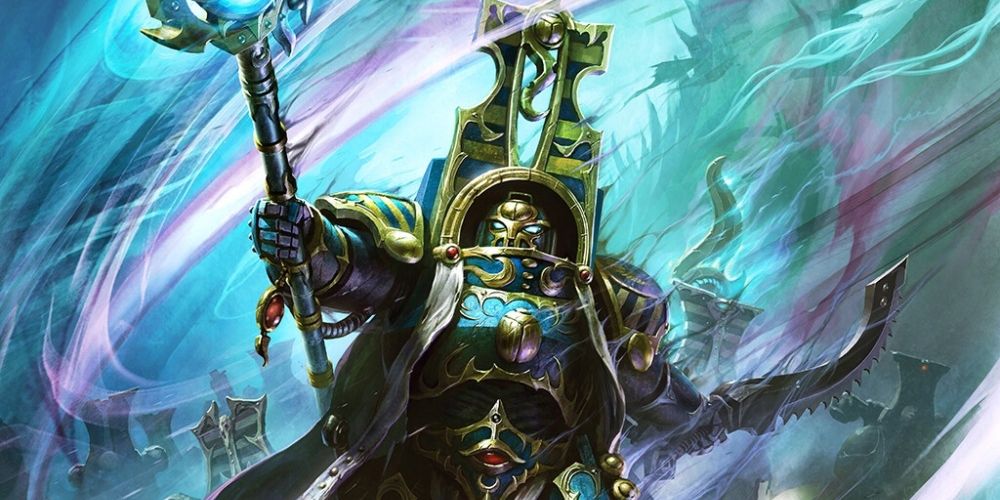 Out of all the signs, Pisces is the most in-tune with their spiritual side. In the world of Warhammer 40k, that's very dangerous, but a Pisces looking to put mystical power to use would fit right in with the Thousand Sons. The undisputed masters of Warp-sorcery have esoteric skills that the other Legions wouldn't dare to even attempt.

Like Pisces, the Thousand Sons were deeply loyal before the Horus Heresy, despite their curiosity into things better left unknown. When their Primarch, Magnus The Red, learned of Horus' betrayal, he used forbidden magic to try and warn the Emperor. The Emperor instead branded Magnus a traitor for using daemonic power, even for the good of the Imperium. Pisces doesn't generally take such things well, and the Thousand Sons were no exception – they joined Horus' rebellion soon after.