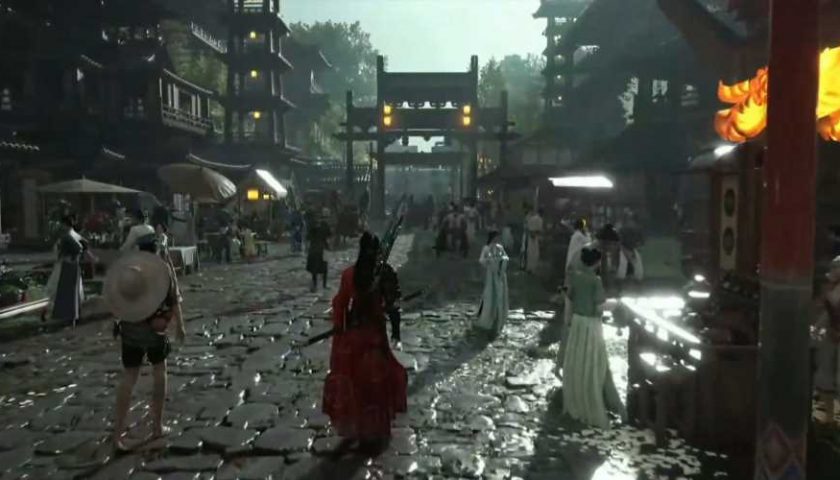 Where Winds Meet was a surprise announcement during Gamescom's Opening Night Live, and it has proven a bit of a hit with gamers too. Among the new game announcements we covered during the event, Where Winds Meet turned out to be one of the more popular among our readers, demonstrating how it has sparked interest. The game was shown off with a pretty slick trailer showing Wuxia, an open world that uses a dynastic pre-modern Chinese setting, and fantastical elements.

Developed by Everstone Studios, a Chinese dev, Where Winds Meet is an action RPG set amidst the final days of the Five Dynasties and Ten Kingdoms era, a period from 907 to 979 AD that saw political upheaval and conflict as rival states faced off for supremacy, and which ultimately led to the beginning of the Song dynasty. Where Winds Meet sounds like an ambitious and intriguing game for the newcomer studio.

In an interview with IGN, the developer revealed more about the game. From the trailer, we saw combat, stealthing, and nifty traversal as your player-character looks like they can run on water and up ship masts, but Where Winds Meet will seemingly allow a great amount of player freedom.

Where Winds Meet will feature a deep jobs system, according to Everstone Studios, allowing players to assume various "identities and occupations" that are reflective of the environment and era the game uses. For example, if your character gets sick from inclement weather you can learn medicine to become a doctor to heal yourself, NPCs, and even other online players.

The emphasis on player freedom extends to mission structure, with players able to complete missions in multiple different ways that can lead to differing results. It certainly sounds intriguing, although it remains to be seen if such ambition can be pulled off. But the PC title could be one to watch as it is being developed. Stay tuned to TheGamer for more as we get it on Where Winds Meet.