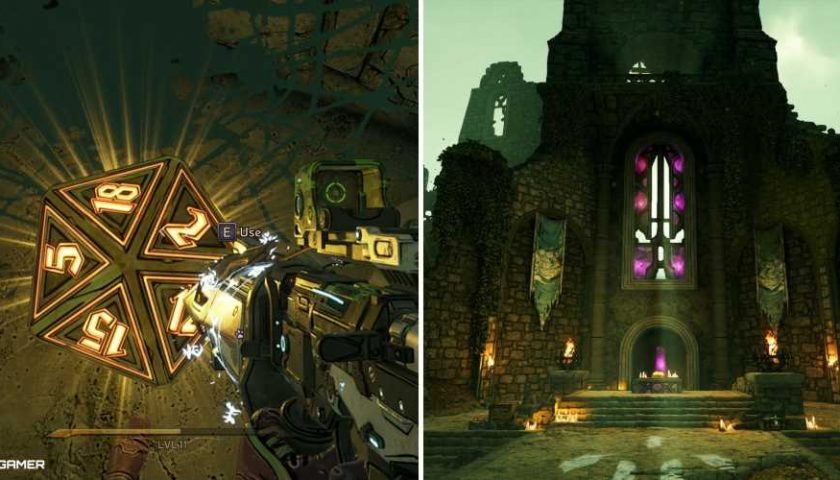 Lucky Dice in Tiny Tina's Wonderlands provide you with rare loot and a permanent buff! The number you roll when you interact with the die will determine the quality of the items you get, but it will also increase your Loot Luck stat permanently! That means that all the gear that drops for you will be better in general.

There are more than 200 lucky dice to find in the game, which will take you a long time to hunt down! That's what we're here for. In this article, we'll be reviewing the locations of all the lucky dice in an ominous map called the Shattergrave Barrow. 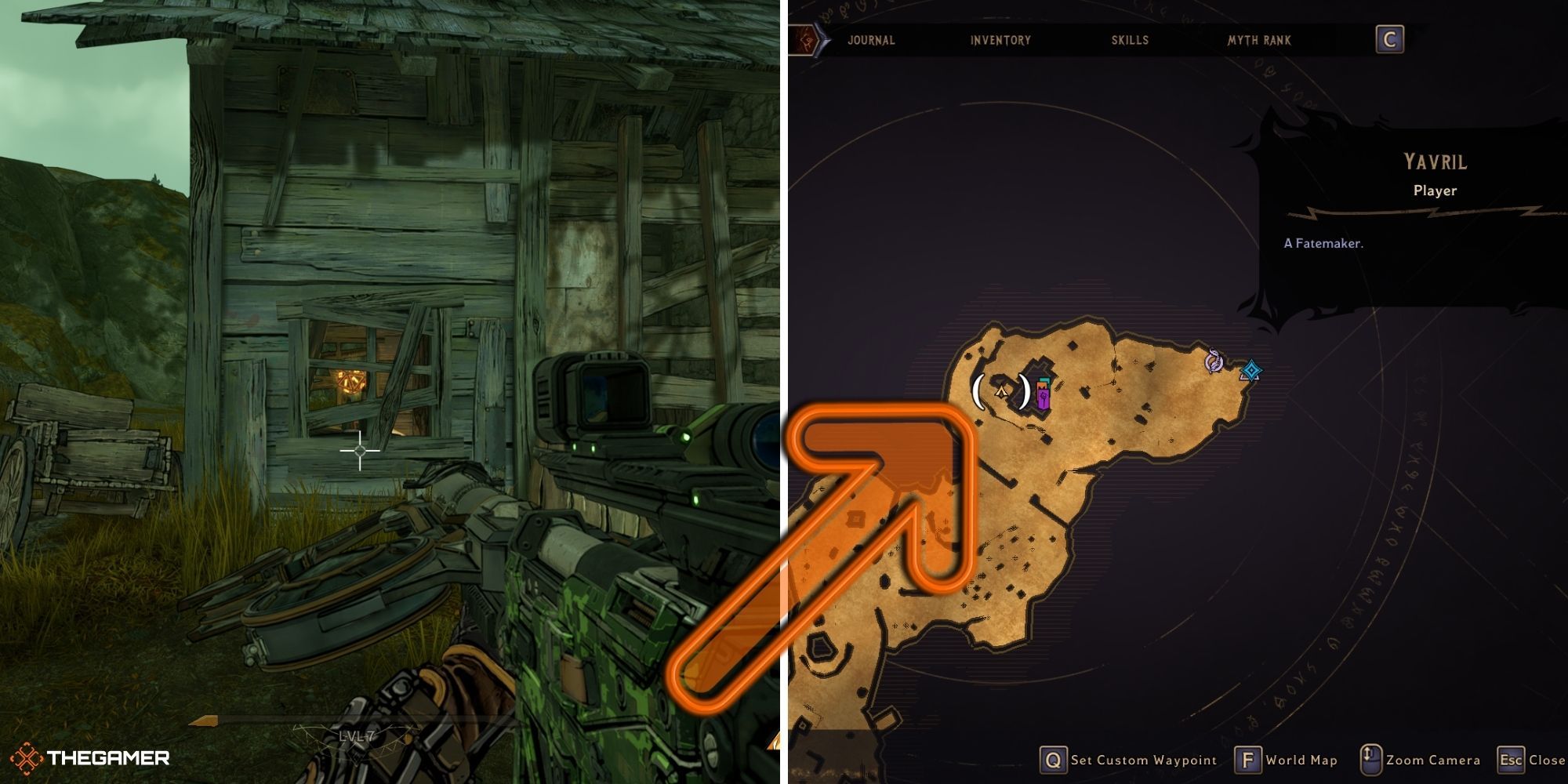 Right when you enter the Shattergrave Barrow, there's a house with several vending machines in front of it. If you circle to the back of that house, you'll find a lucky die hiding in the back room! Just use your melee weapon to smash through the makeshift wall. 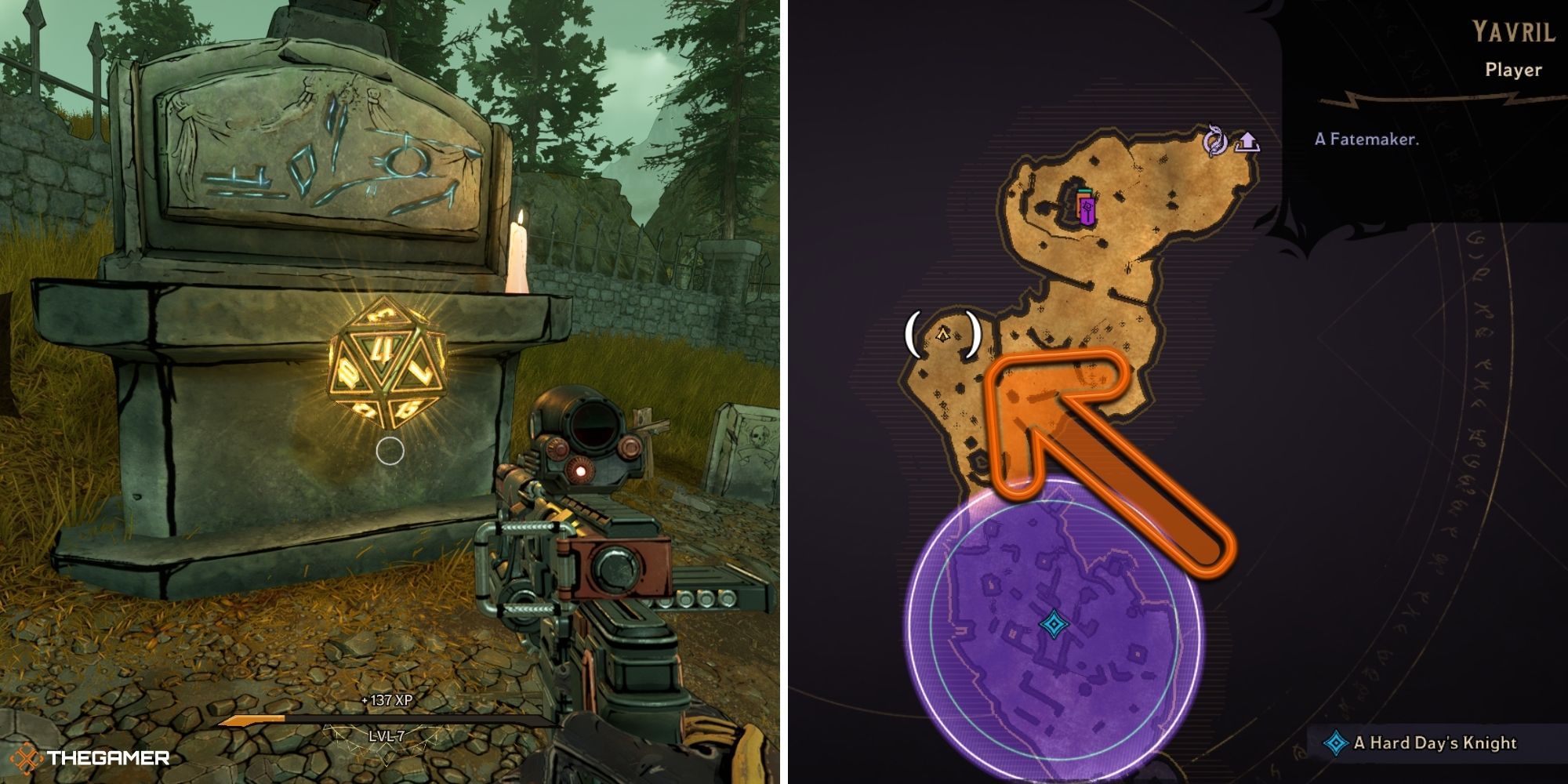 The next lucky die is in front of some poor person's grave in the first graveyard area you come across. It's a little off the straight path through, so some new skeletons will spawn when you approach. Take them out and the die is yours! 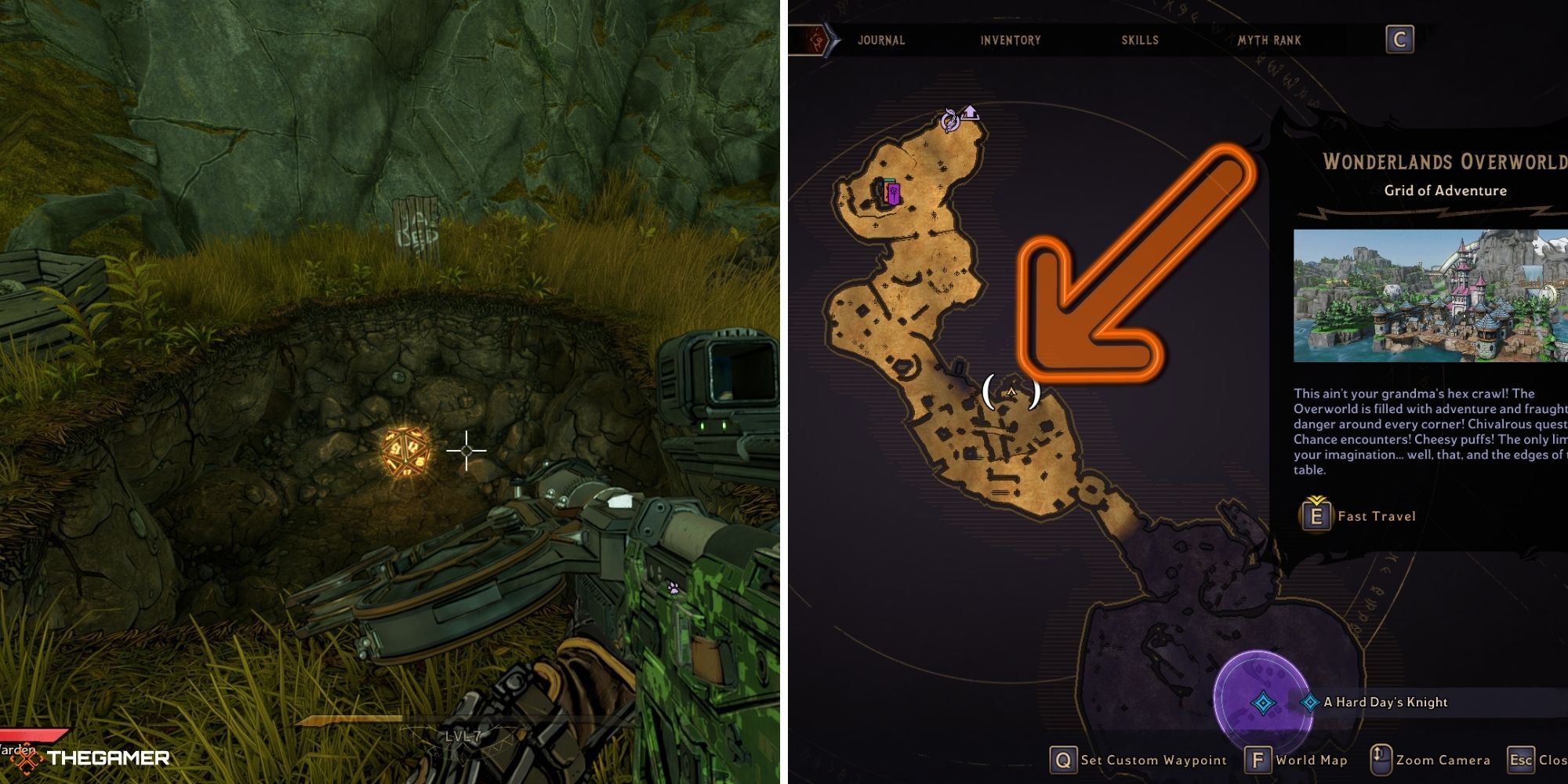 This lucky die is resting in a shallow grave off in the corner of the map. We half-expected Tina to dump a load of grave dirt on us when we jumped in to grab it. 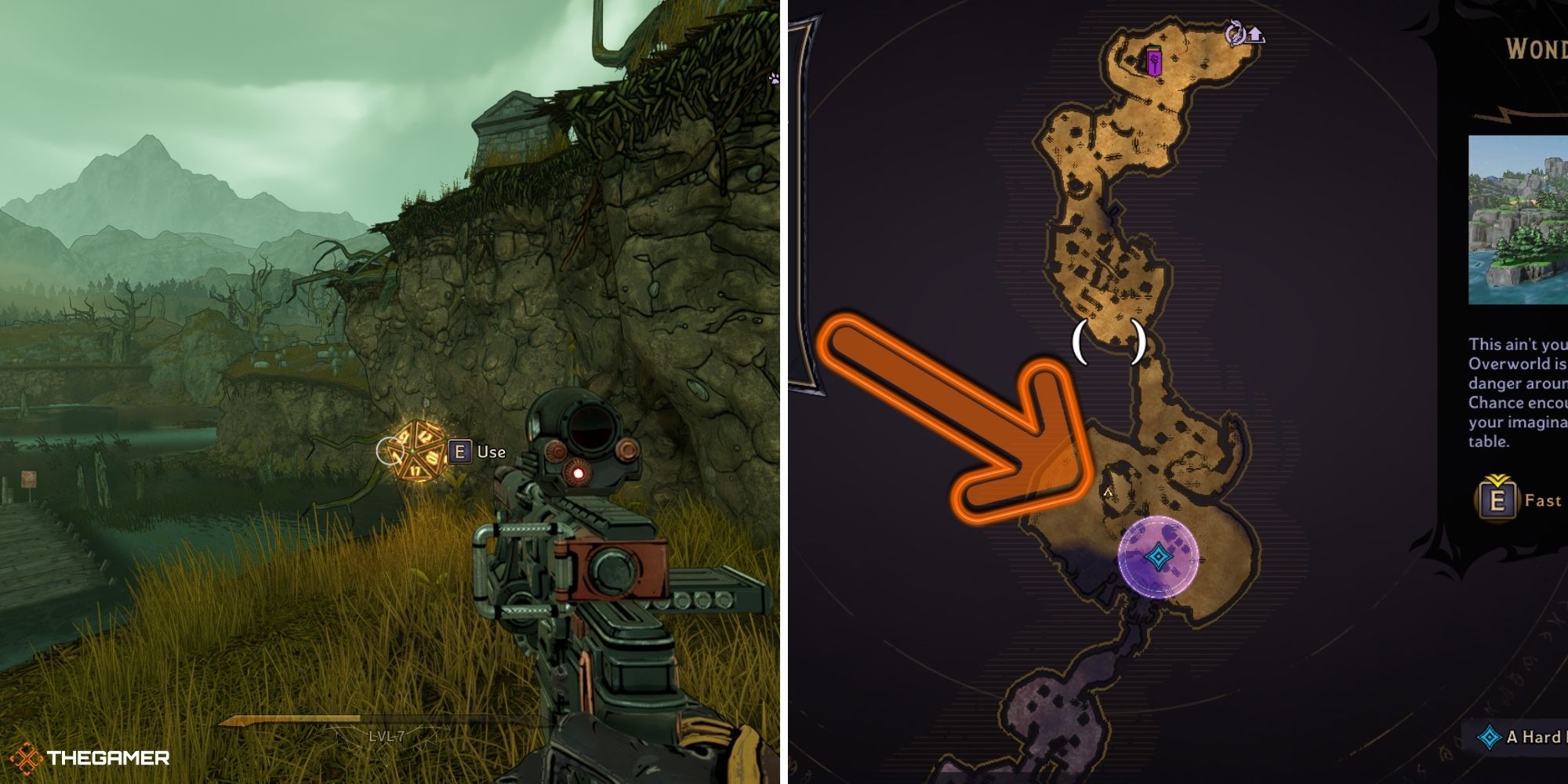 In one of the wider areas where you'll fight skeleton opponents on this map, climb a cliff near the dock to find a lucky die there. You'll probably want to defeat all the opponents in this area before you look for it, since they'd easily be able to shoot at you from where the die is. 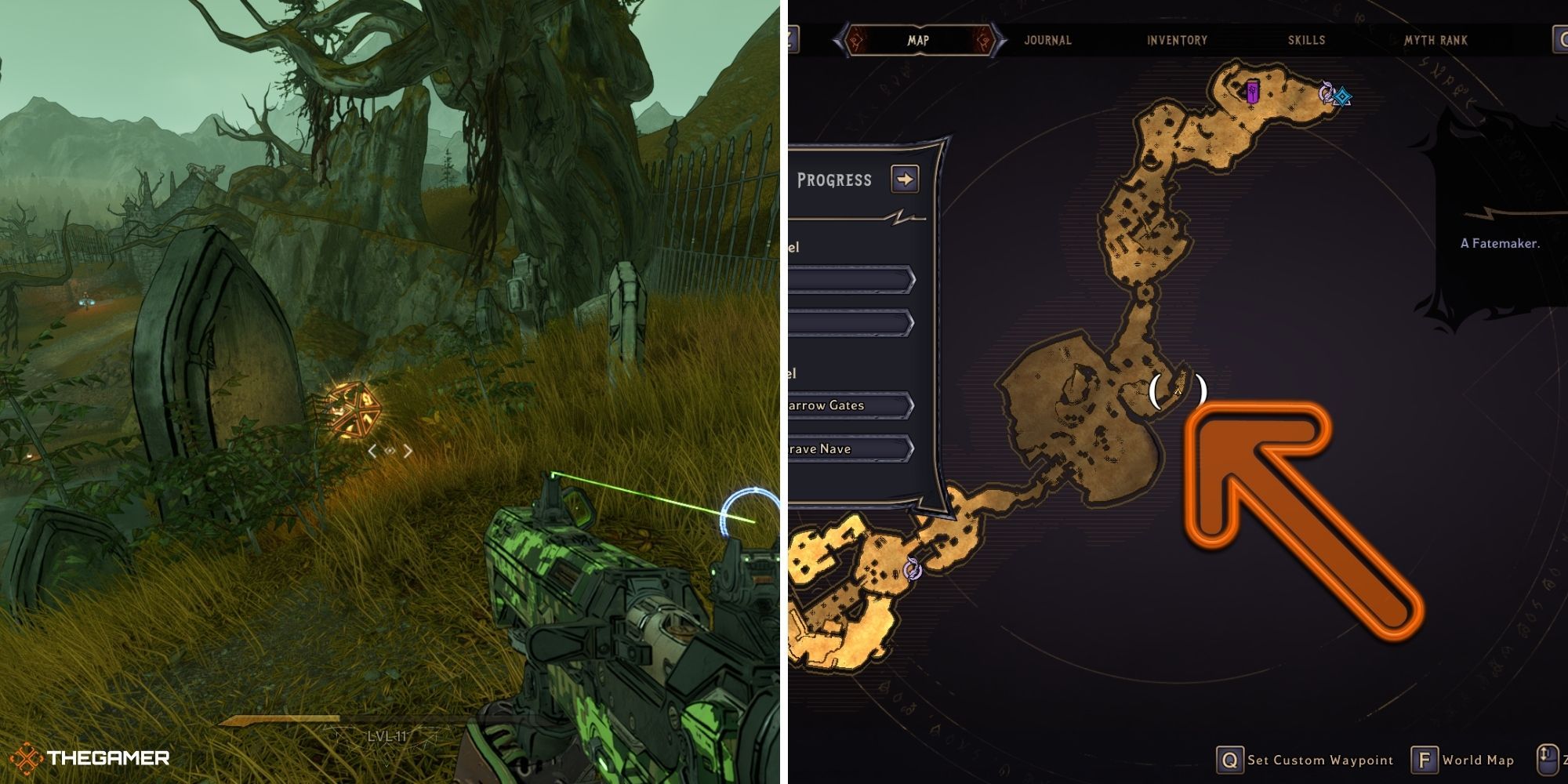 This next die is found up ahead. Right before you enter into a large, open area (where a bunch of skeletons will spawn), travel up a cliff on your left-hand side to find more graves and a lucky die. You'd have been able to see it from where you were, if it wasn't hiding behind a gravestone. 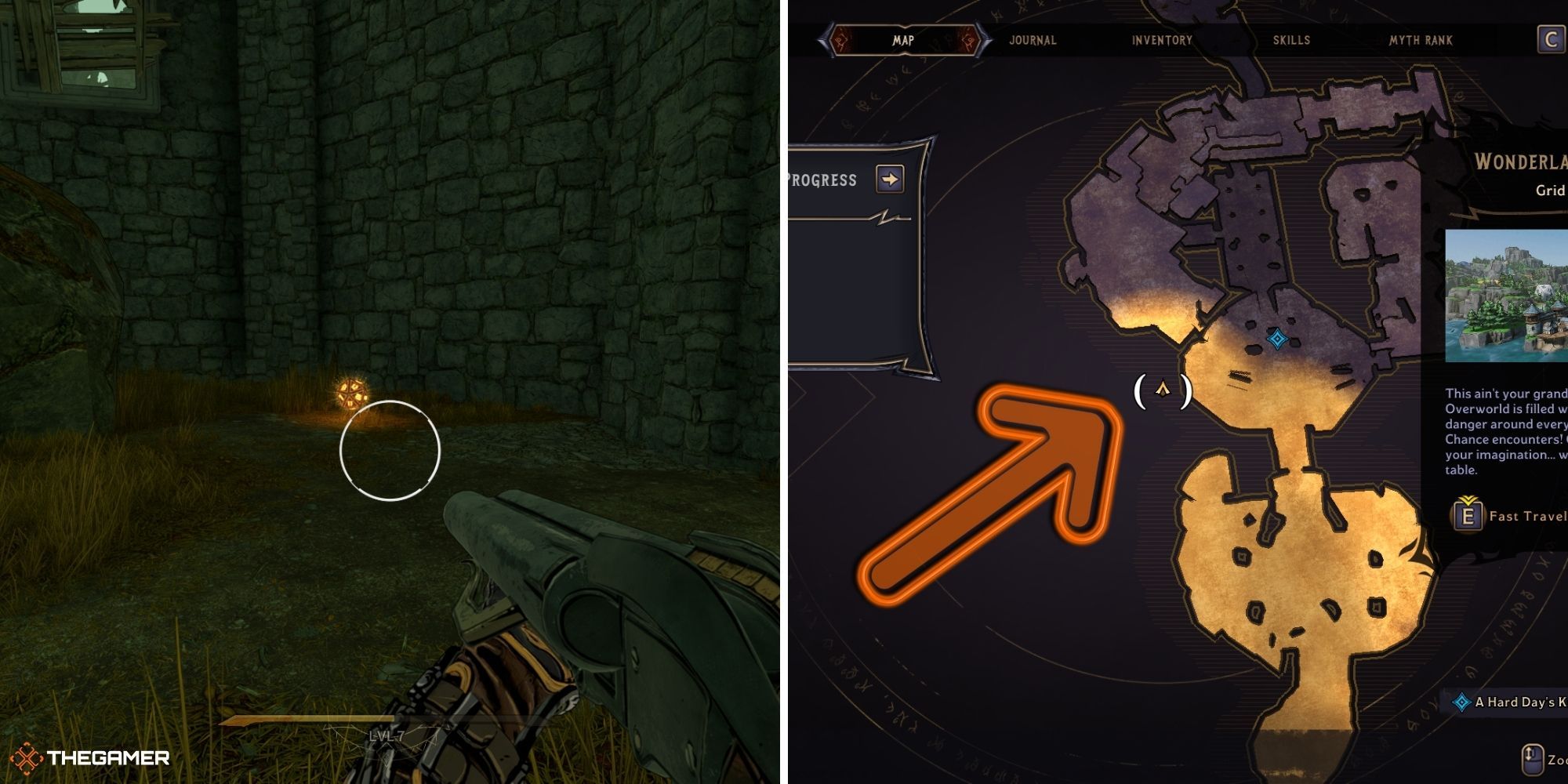 This one is found a little beyond the boundaries of the drawn map. When you approach the castle area for the first time, check the left-hand side of the building for a narrow path, leading to a lucky die. 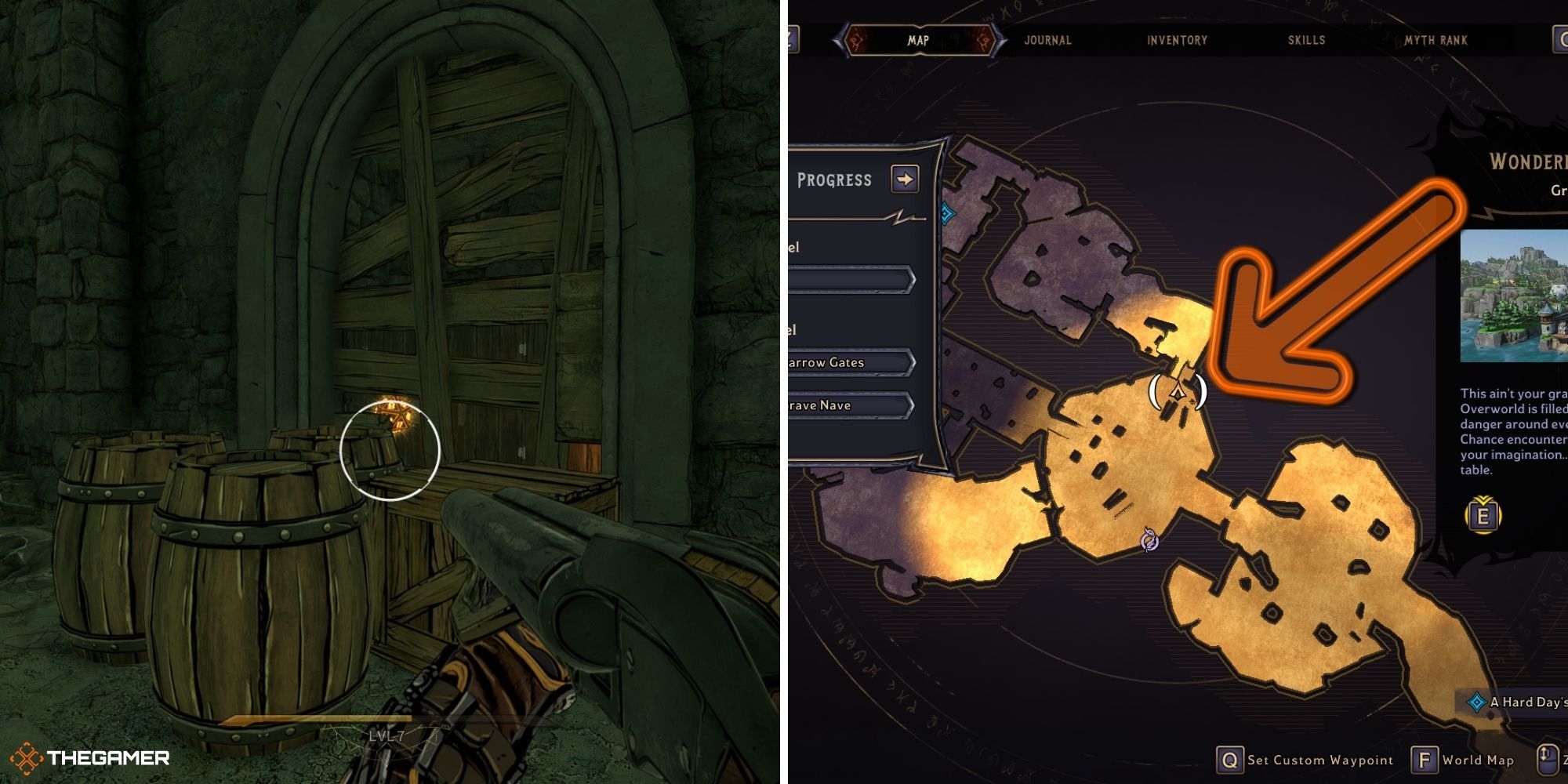 When you enter the castle, you'll jump up onto a ledge to the left to proceed. However, before you do that, look around on the right for a boarded-up archway. Just melee through the wood to get your reward! 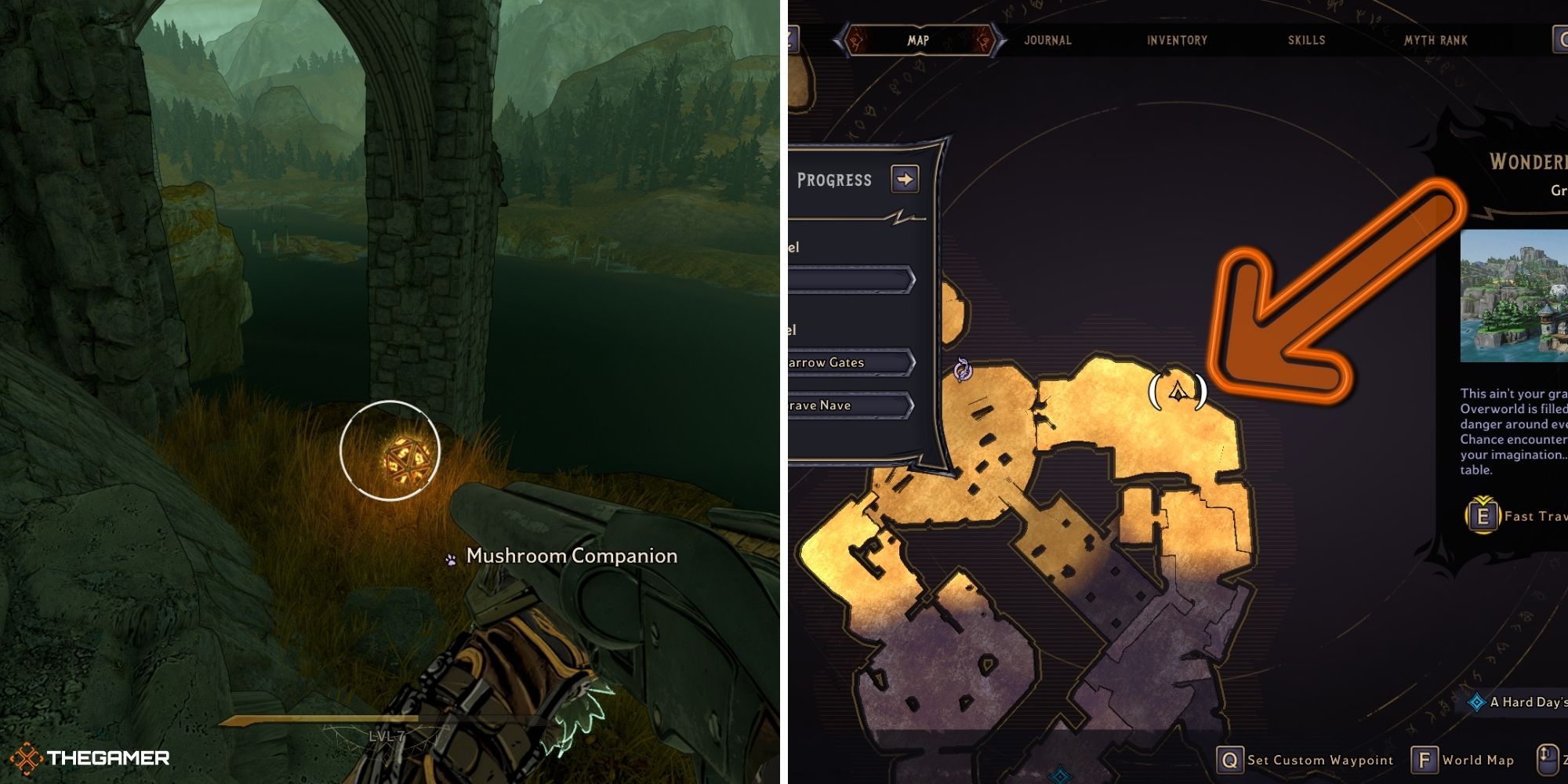 The next lucky die is found right after you ascend that ledge we mentioned. To your left, there's a basic chest and, on a ledge just below and beside it, the lucky die! 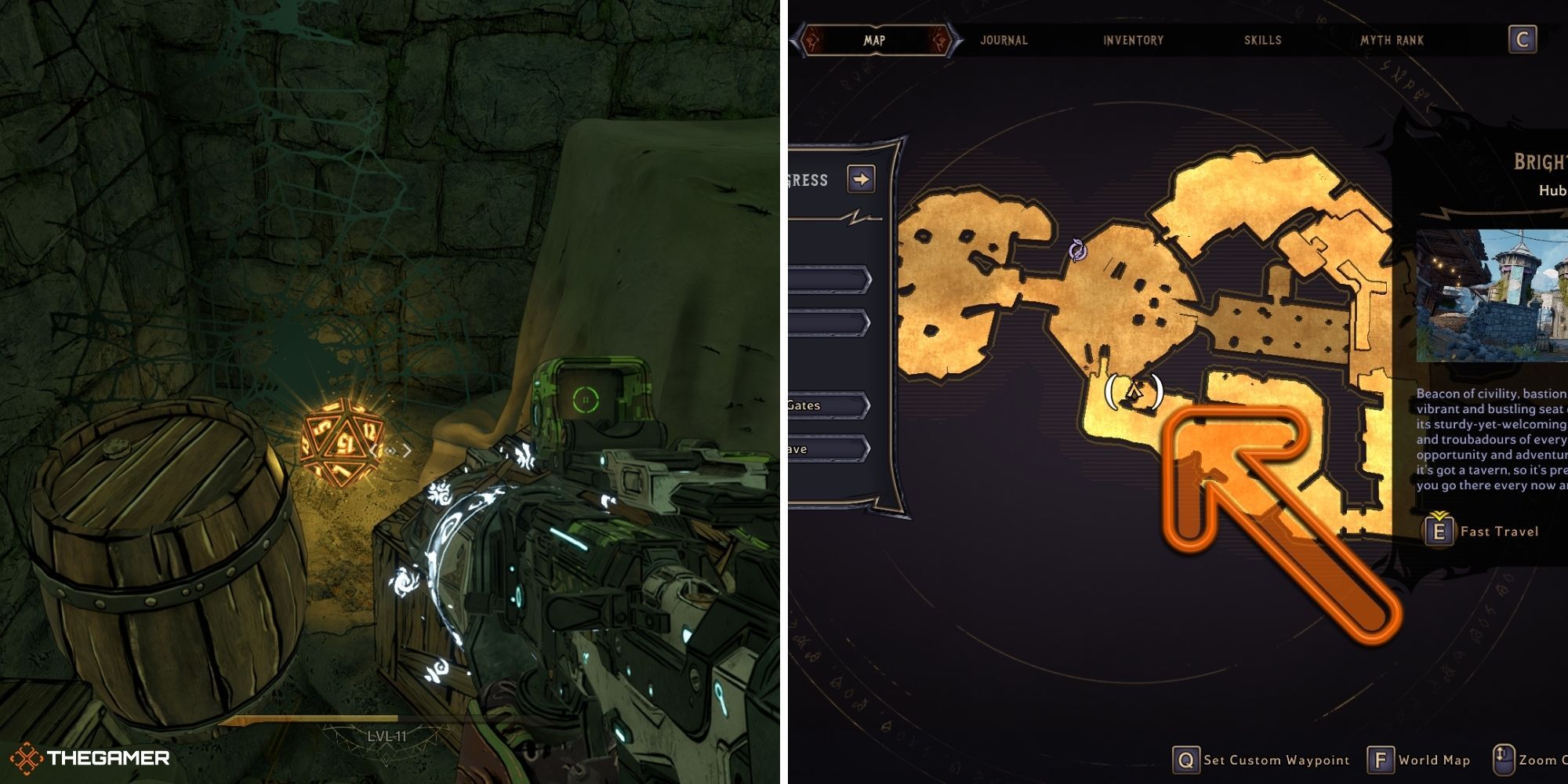 Right before you hop back down into the area where Queen Buttstalion is waiting for you, keep an eye on the nearby barrels and boxes. There's a lucky die hiding behind some of the ones next to the stairs.

10 – A Trap With Extra-High Stakes 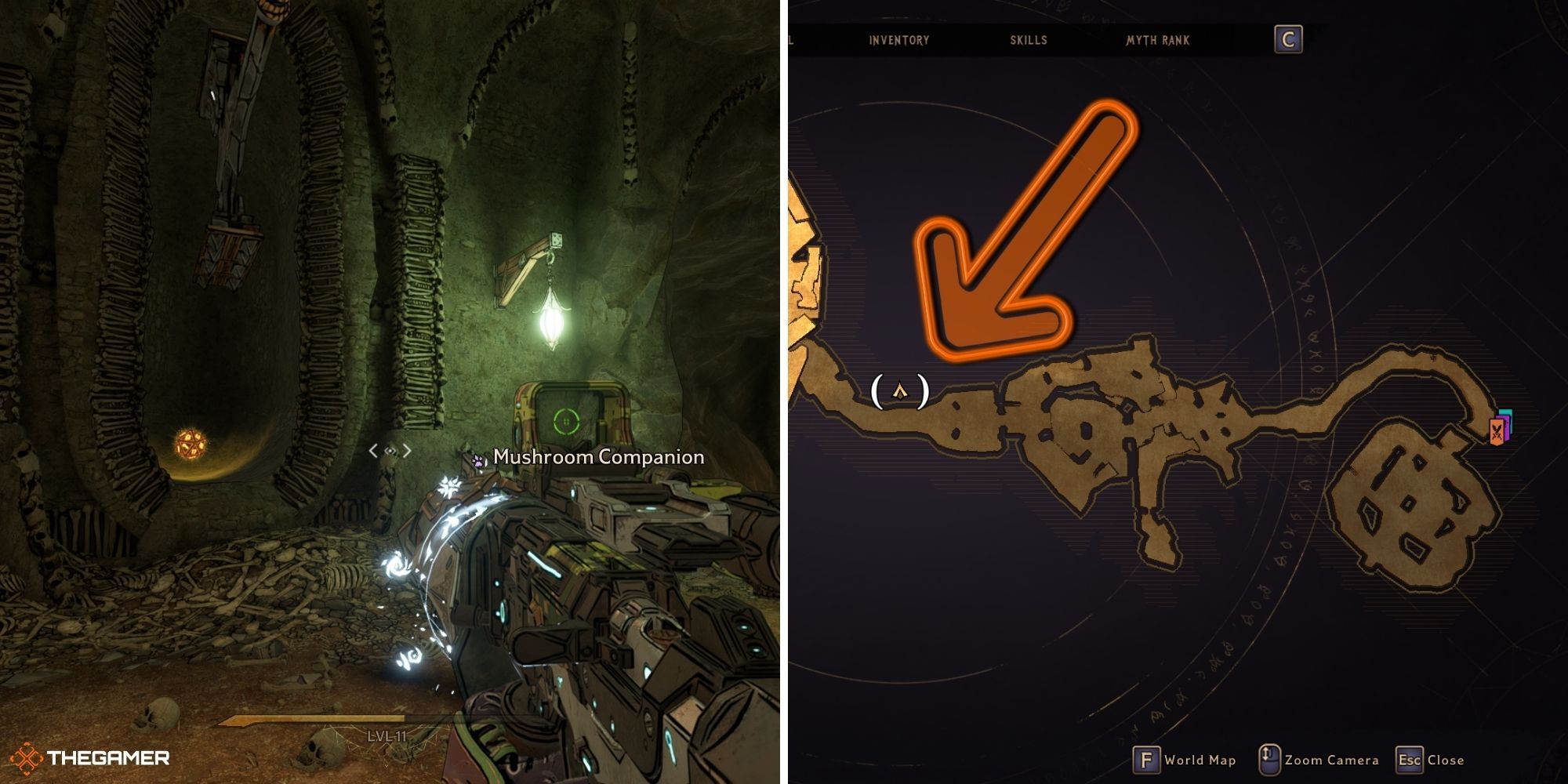 While travelling underground towards the end of the map, you'll encounter several dangerous traps. One of them is a swinging hammer with spikes. Take a second and look into the wall that it's swinging against! The lucky die is hidden inside. 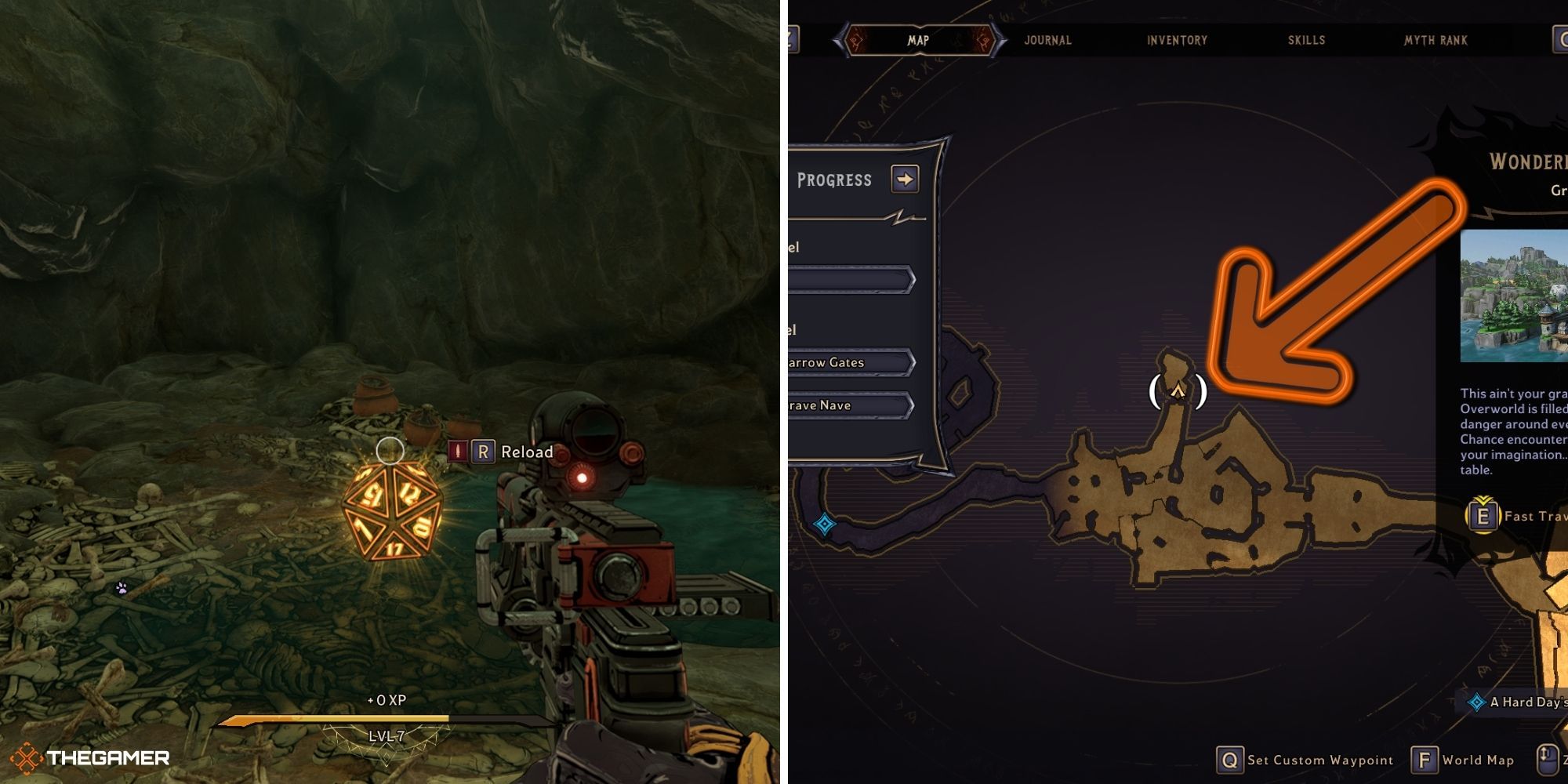 This die is in a little cave right before you reach the boss room for this map. Check the right-hand walls of the last room where you face opponents before the boss for an opening that leads to this damp cave. 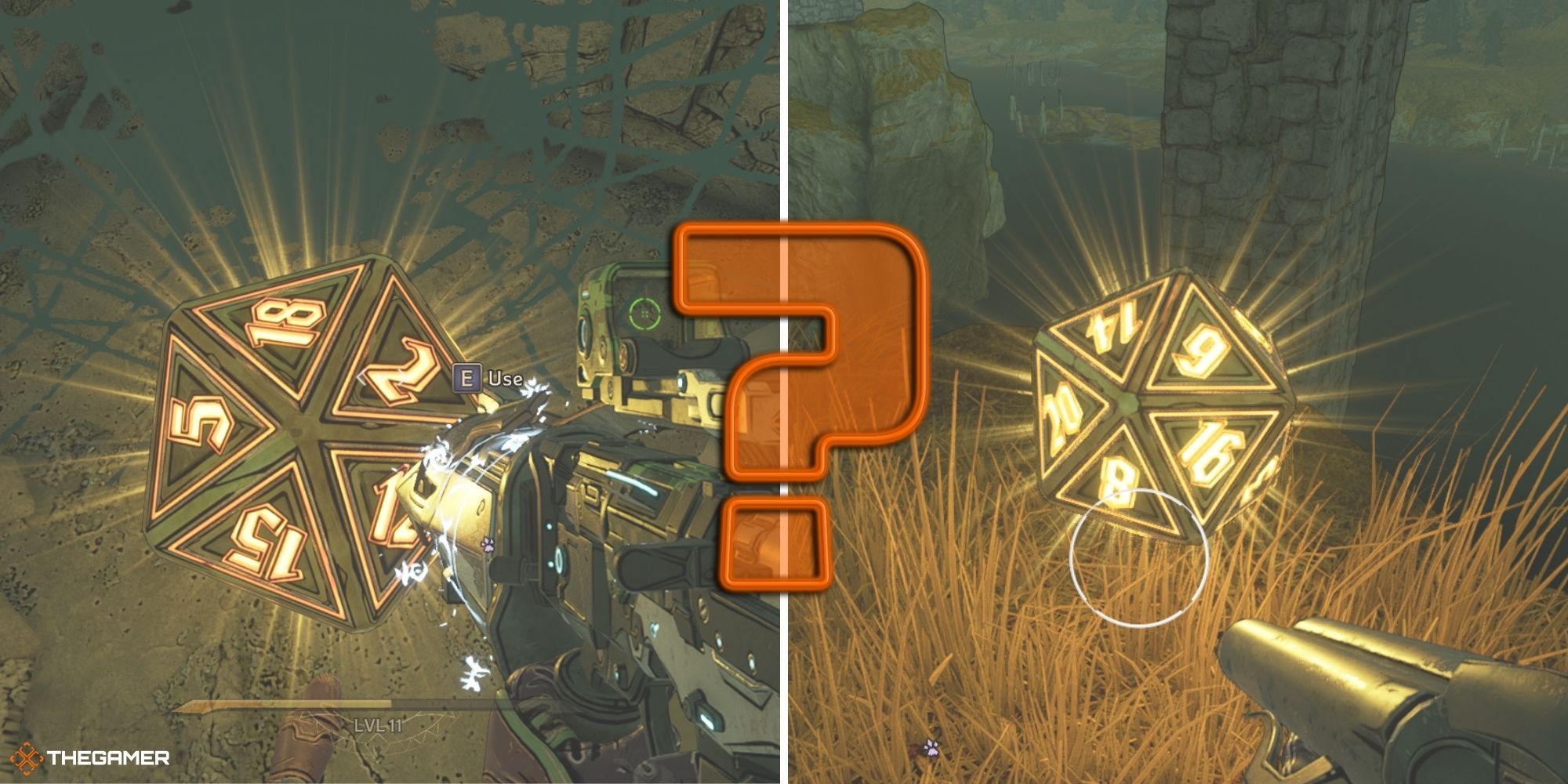 We're not sure where the last die is found! You'll be the first to know when we figure it out.