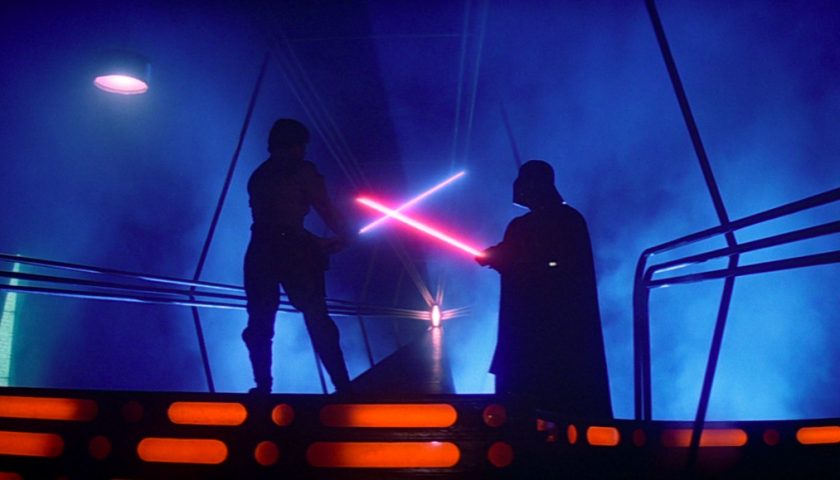 Polygon’s Patch Notes is a weekly newsletter that tells you about the best stuff to watch, play, and read. Let our band of editorial experts simplify your plans — subscribe here!

Each week, this newsletter delivers one big recommendation that stands above the rest. This week, our recommendation is Doctor Strange in the Multiverse of Madness, a Marvel movie that stands apart from its peers thanks to the vision of director Sam Raimi. And honestly, that’s all we currently have to say about the film beyond our spoiler-free review, because heaven knows we won’t be responsible for spoiling the latest entry in the MCU on the weekend of its release.

So instead, we’d like to use this space to discuss a question, and more importantly, what the question means for the world of entertainment. That question is: What does Baby Yoda smell like?

This isn’t a question we expected to ask a decade ago, before Disney acquired Lucasfilm and resuscitated the Star Wars film and TV production line, then ramped it up into overdrive. It’s not that George Lucas was precious about the commodification of his galaxy far, far away. Rather, that galaxy had gotten a bit messy and dusty, like an attic full of stuff you promise to clean up eventually.

Now, Star Wars is sparkling clean, meticulously planned, and utterly inescapable. Gone are the days when hardcore fans debated the Expanded Universe of books; now we fill Reddit with theories that will be proven or debunked in next week’s episode, a game this fall, or a movie in the coming years. Star Wars has climbed back to the top of the pop culture mountain so confidently and quickly that wondering about the smell of “Baby Yoda” (two words that didn’t go together a few years ago) doesn’t seem all that strange.

With all of this in mind, this week we penned three stories on the state of Star Wars and where it goes from here:

Will the future of Star Wars move in these directions? We’ll know more when Obi-Wan premieres later this month. For now, we have a new trailer. It looks promising in the way that anything starring Benny Safdie looks promising. In the meantime, why not play the 13 best Star Wars games you can grab in this year’s May the 4th sales? They’re almost certainly a better use of your money than the peculiar stink of Grogu.

This week on YouTube | How Call of Duty turned war into a circus | “Call of Duty was created by developers who worked on Medal of Honor, a World War II game modeled after Steven Spielberg’s Saving Private Ryan. The film is brutal, unflinching, and a little bit romantic. But Call of Duty would grow into something much weirder, much bigger, and much more perverse than anyone could have known. It’s part of a military apparatus selling war to the public. And it’s fun.”

After 50 years, Captain Pike got the Star Trek show he deserves | It took more than half a century, but Strange New Worlds delivers on the promise of a proper Pike spinoff.

The first trailer for the Game of Thrones spinoff looks quite promising | Can HBO rekindle the flame that got extinguished by the original series’ finale? The trailer suggests that just might happen!

Everyday Heroes uses the rules of D&D to roll up Rambo, Highlander, The Crow, and more | They had us at “Rambo D&D.”

Heartstopper understands the bisexual panic of watching Pirates of Caribbean | Sometimes a headline says it all.

Doctor Strange in the Multiverse of Madness in theaters | Read our spoiler-free review of Sam Raimi’s return to the superhero-industrial complex!

Belle on digital rental platforms like Amazon and Vudu | The director of anime hits like Mirai and The Girl Who Leapt Through Time has made a breathtaking and befuddling spin on Beauty and the Beast. Curious? Read our review.

Lux Æterna in theaters | Controversial director Gaspar Noé is at it again.

13 great movies new to streaming in May | Seriously, you no longer have an excuse to skip the Wachowskis’ underrated gem, Bound.

Plus, everything new to streaming!

Before we get into the list, let us just say: what a week for video games! This may be the first time we’ve awarded four games our Recommends badge in the same week. And we thought this would be the slow season!

Dorfromantik | Polygon Recommends | Imagine Catan minus all of the stress. Available on Windows PC

Rogue Legacy 2 | Polygon Recommends | After nearly two years in early access, Rogue Legacy 2 is a worthy sequel to a beloved roguelite. Available on on Xbox Series X, Xbox One, and Windows PC.

Citizen Sleeper | Polygon Recommends | “The game’s greatest strength (and also its most infuriating choice) is to untether me from concrete objectives and let me exist without a reason.” Available on Windows PC, Mac, Xbox One, Xbox Series X, and Nintendo Switch.

The 25 best games on Xbox Game Pass | We added new treasures to our rolling list.

Free game of the week

No-Snake Hotel | Reader, there is a snake and it is terrifying. The game is short and free and streamable if you’d rather watch someone else play, so let’s leave the details at that. Available on itch.io.

The best of the rest