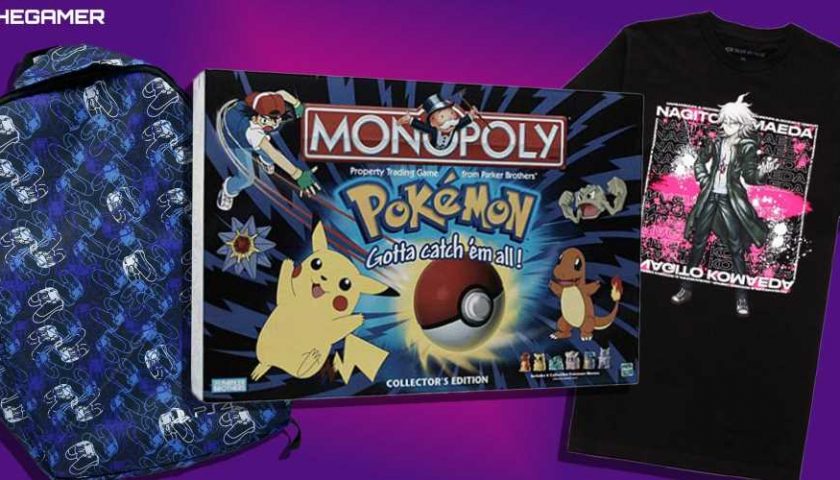 When it comes to gaming, sometimes playing a video game feels like the base level of engagement. After all, the more we invest in our favorite characters, the more ways we want to incorporate them into our lives. I think that's why people enjoy video game merch; it gives us a way to enjoy our beloved fantasy worlds outside the digital realm.

There are several pieces of video game merchandise that I feel a special attachment to. Sometimes, that attachment draws from my love of a particular game and what its themes represent to me. In other cases, the memory behind the merchandise is much more significant. For example, would you believe my favorite piece of gaming merch is a run-of-the-mill candy box? Keep reading, and I'll tell you the story behind that merch and more! 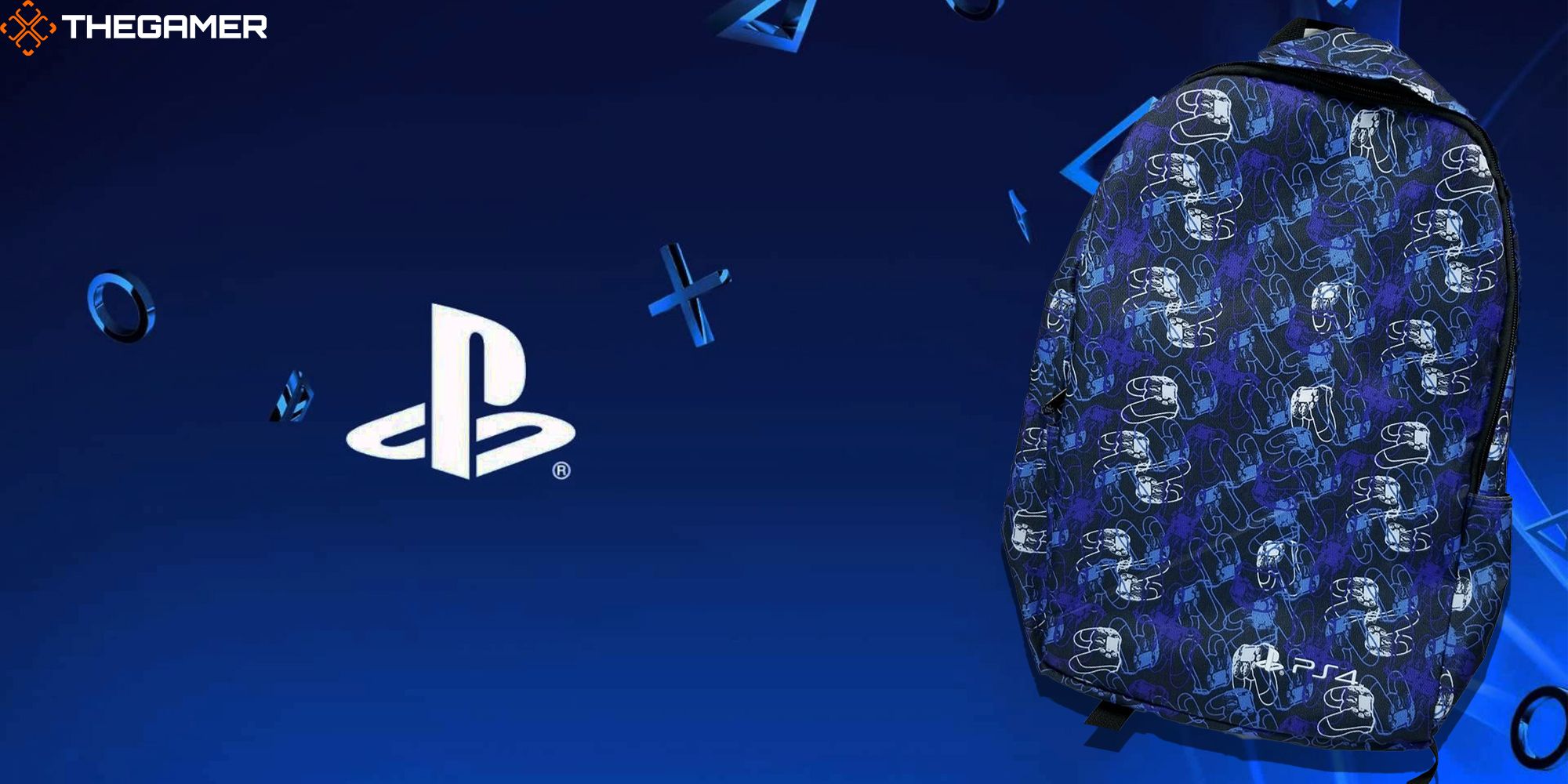 Among friends and relatives, I always had a reputation for being a "backpack kid." Remember that kid in high school who looked like a scrawnier version of Atlas, bearing the weight of the heavens on his shoulders? Yup, that was me. My backpacks would rip apart from the strain of textbooks, folders, notebooks, changes of clothes, and any excess crap I left at the bottom of the bag.

My current backpack is a blue PS4 bag with Dualshock 4 outlines imprinted in a haphazard pattern. Surprisingly, even though the bag has no extra pockets and less space than bags I've owned in the past, it has held up surprisingly well! Okay, one of the zipper tags fell off after a couple of weeks, but the zipper itself works fine. Plus, I never have to worry about losing it among a sea of dime-a-dozen JanSports. 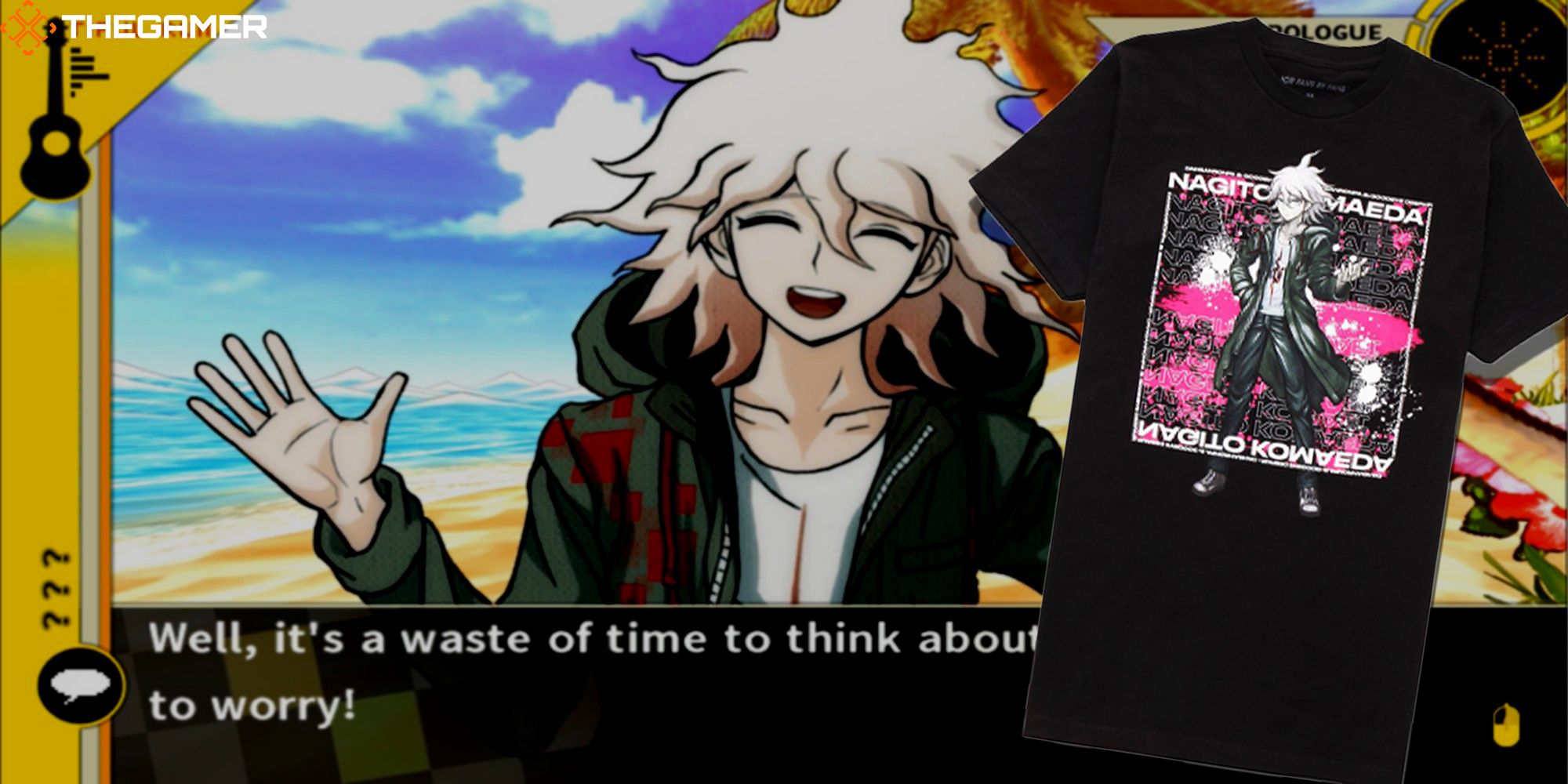 Remember that dark time in middle school when wearing anime characters on your clothes was an invitation to the lunch table of losers? How unenlightened we were. I'm so glad I can weeb out as an adult without consequences! One of my favorite recent anime purchases is a black and neon pink Danganronpa t-shirt featuring Nagito Komaeda that I picked up from Hot Topic.

When I first bought the shirt, the Hot Topic employee said, "that's my favorite character!" My heart swelled when I heard that. I would never think fellow adults would share my niche interests. However, I'm learning more and more that there are communities out there for everyone.

Additionally, I had to cut the sleeves off the t-shirt when one of them ripped this summer. Yet to my surprise, losing the sleeves made the fit look even hotter, resulting in at least one compliment from a stranger. Yeah, I betta werrrrk! 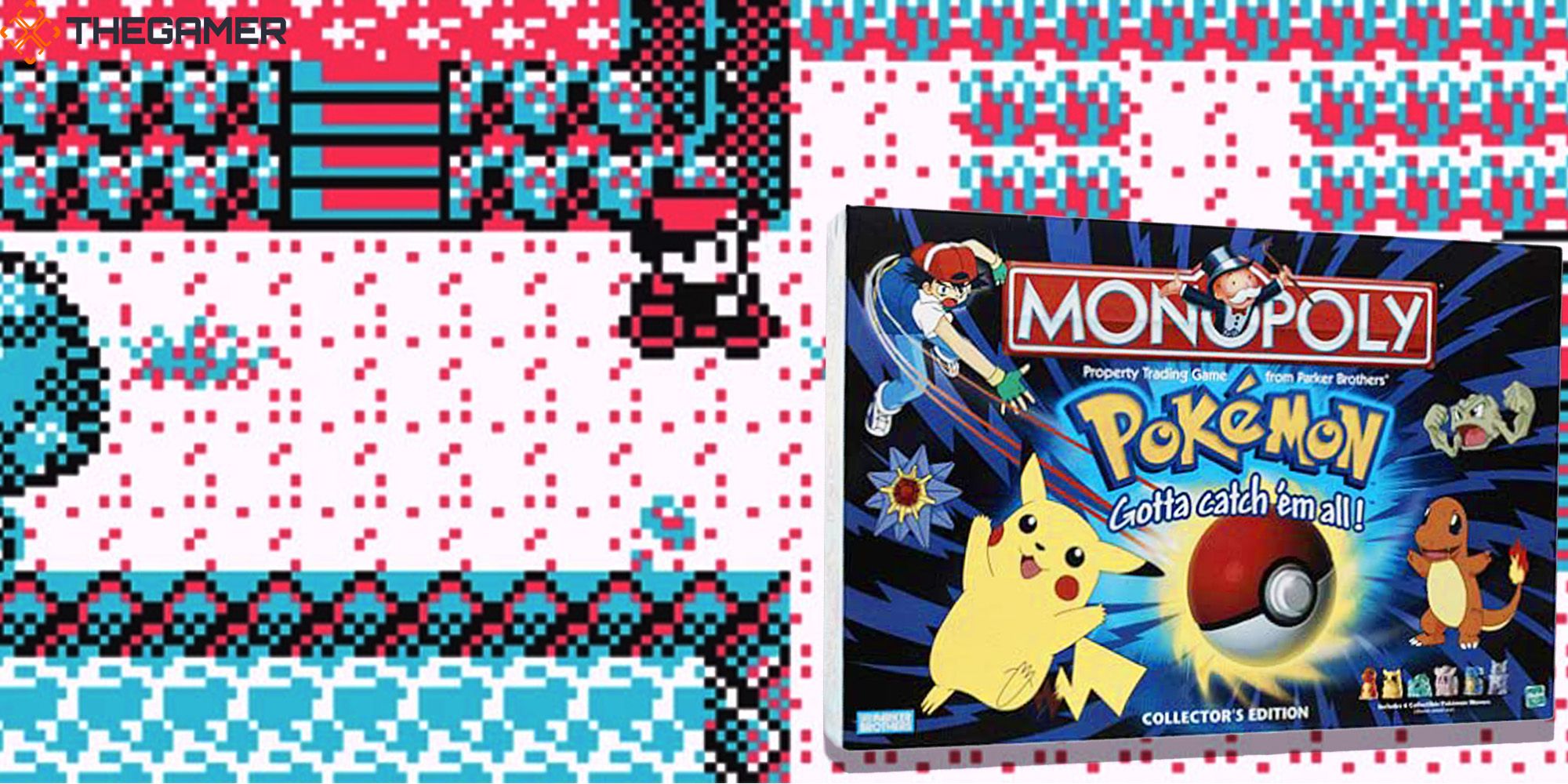 I was in the first grade when Pokemon-mania hit the world back in the '90s. My brother and I had the games, the trading cards, and several toys featuring the iconic Pocket Monsters. I may not follow Nintendo's behemoth franchise much as an adult, but thinking about the first generation of Pokemon still gives me the warm fuzzies.

Of all the Pokemon merch my brother and I received growing up, one of the pieces I held onto was a Pokemon Monopoly set. Granted, I've never been a massive fan of the board game that encourages corporate greed and takes a thousand hours to play. Still, it's the only intact copy of Monopoly I have, so I keep it for the occasional game night when someone wants to play it.

The board game collected dust in the family basement for most of my life. However, it was one of the first things I brought with me to my first apartment in Brooklyn. My best friend (a huge Pokemon fan) helped me move in and kept me company during my first night living alone. And when he saw I had Pokemon Monopoly, he demanded we play. So now, whenever I look at that game, I think of that night and the excitement budding in my heart as I began a new life adventure. 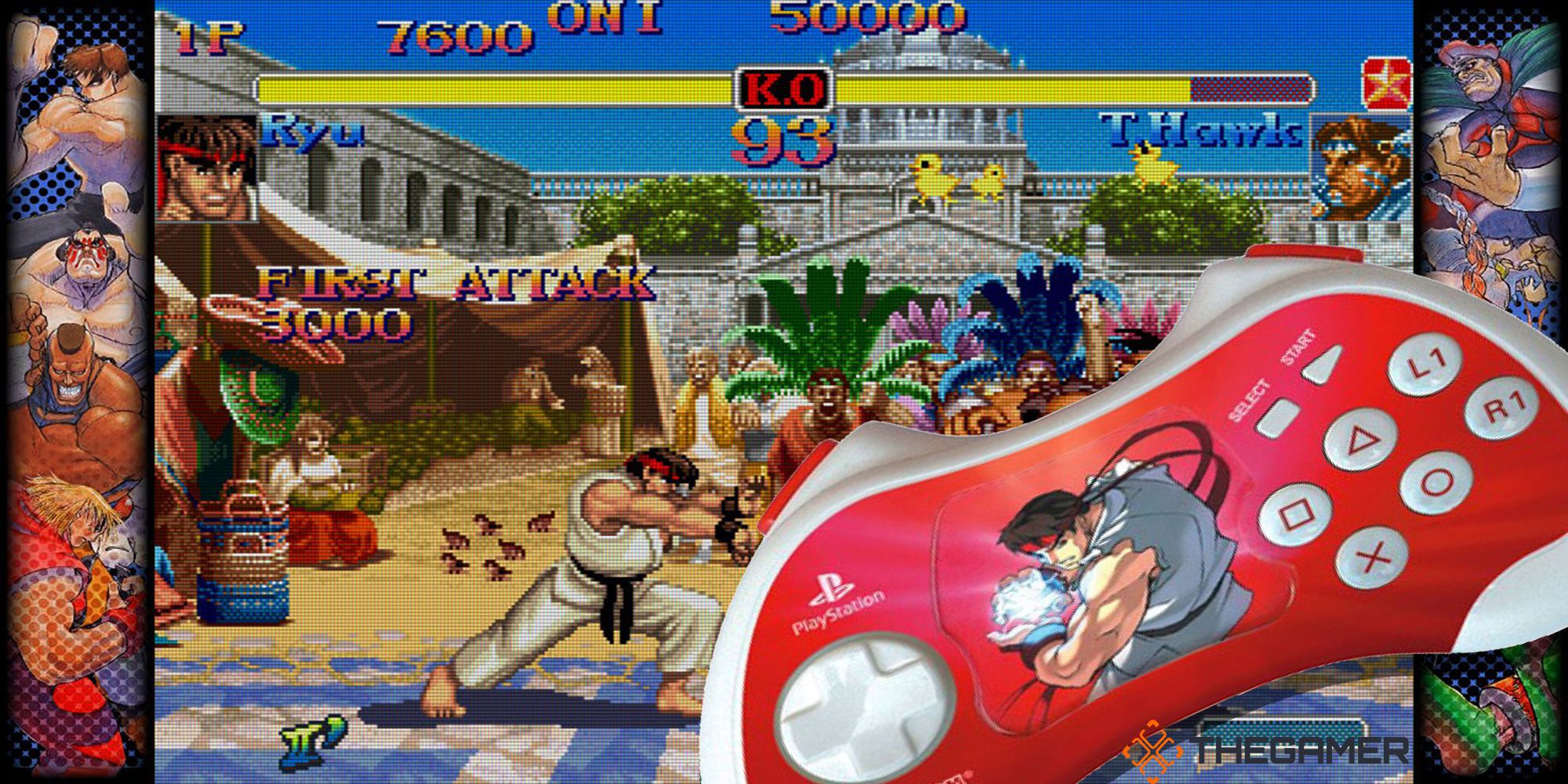 Street Fighter is a foundational part of my life. I've been kicking butt with Ryu, Ken, and company since my parents rented me Puzzle Fighter in the mid-'90s. So, when a commemorative PlayStation controller came out for Street Fighter's fifteenth anniversary, my teenage soul yearned to have it. I received the controller with a unique t-shirt and a copy of the Street Fighter Anniversary Collection. For the following month, I was churning out Hadokens left and right.

The Nubytech Street Fighter fight pad is a beauty. One of its standout features is a holographic decal of Ryu in the center (throwing out a Hadoken, of course). Plus, the controller had a six-button layout, which blew my mind at the time (remember, I grew up with four-button controllers). Playing Street Fighter on my new official Street Fighter controller made me feel so freaking cool!

Recently, I bought a Dualshock to USB converter and gave my old controller a spin. I'll be honest, I'm not a colossal d-pad fan, so I didn't use it for long. Still, it felt awesome to revisit that moment of my life. 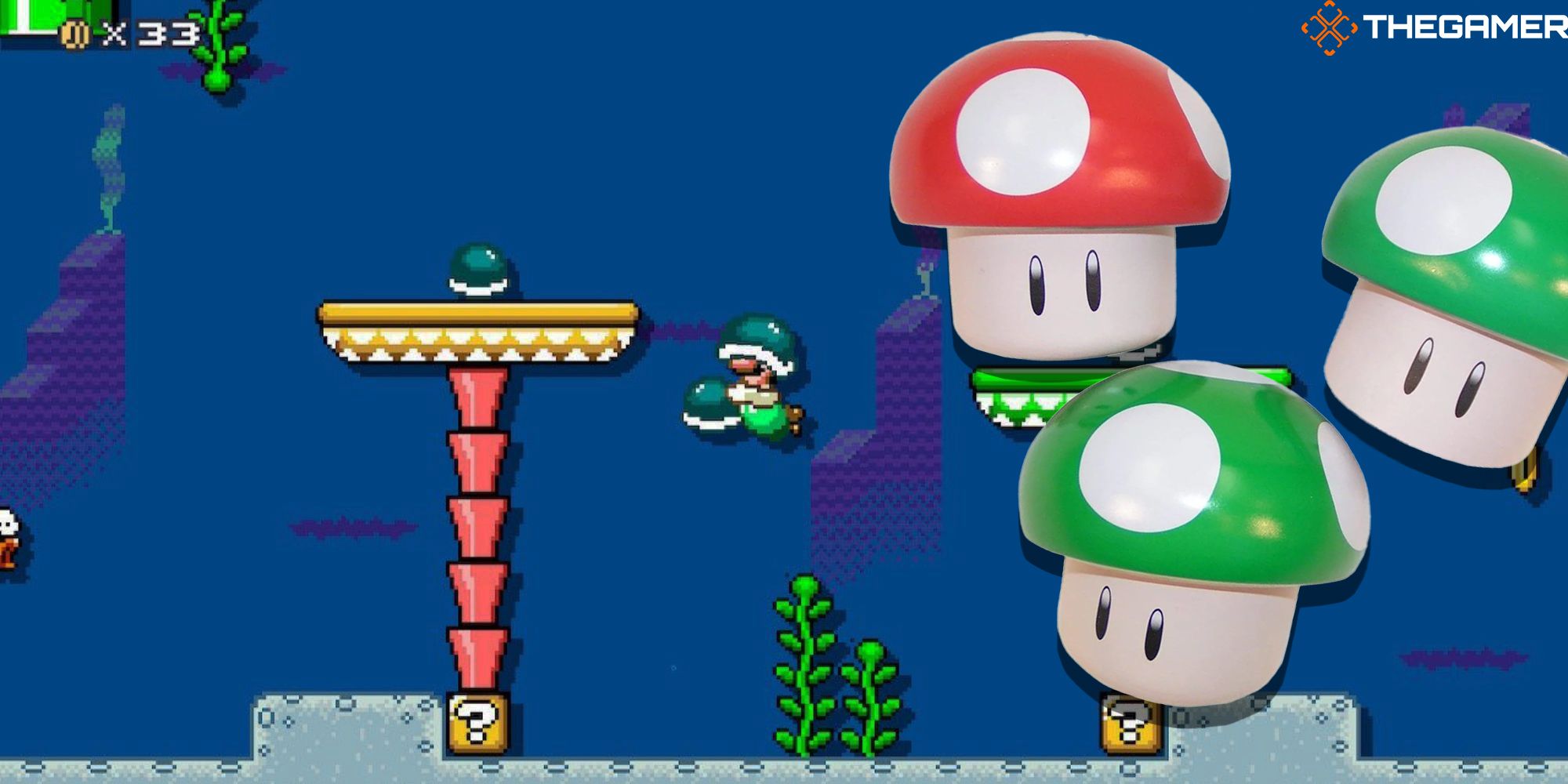 The Green Nintendo Mushroom I'm referring to is a plastic container for sour candies, repurposed as a prop in my best friend's first Off-Broadway acting job. Essentially, the show was a live Super Smash Bros-Esque event. Actors played characters from across the video game multiverse and fought in elaborate stage combat matches decided by audience votes via Twitter. My bestie played Mega Man, and his trademark catchphrase was, "I have two dads!" (A nod to Dr. Light and Dr. Wily. ADORABLE!)

Anyway, at a certain point in the show, one lucky audience member would receive a green mushroom they could use to revive the character of their choice. Unfortunately, Mega Man got eliminated relatively early during the performance I attended. However, I got the 1UP mushroom, so you know I revived my favorite blue bomber in the second act! When I look at that mushroom, I remember how proud I was of my friend that night and how he KICKED MAJOR ASS!